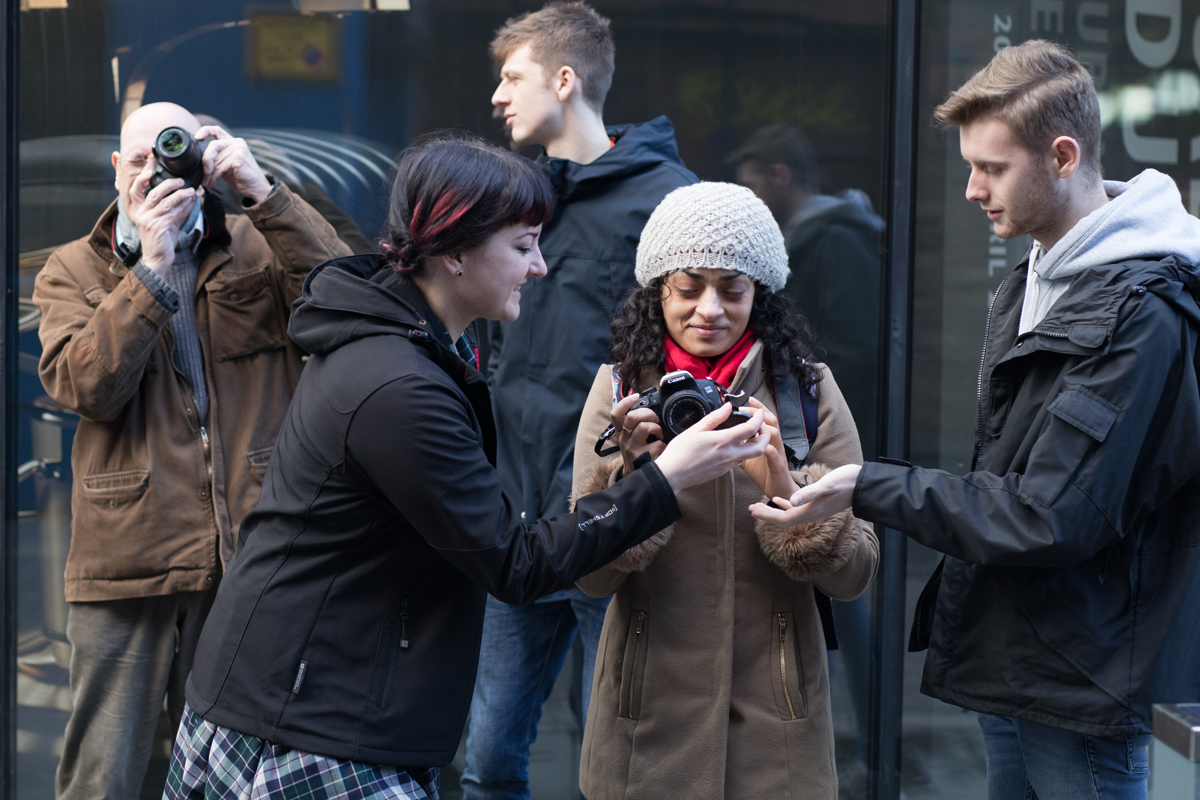 We recently relaunched our Camera Amnesty, and we have been blown away by the support from the photographic community and beyond.

Digital Camera World featured the Camera Amnesty on their website, and shared the appeal with their millions of social media followers. It’s been featured on the Surf4 website, and in the Big Issue. The Association of Photographers shared the campaign via social media, as did The Photographer’s Gallery and the British Journal of Photography. The Camera Amnesty has featured in the Royal Photographic Society journal, and the Master Photographers Association magazine. All of this is helping us reach an audience of millions, and we are very grateful for this support. Shutter Hub has supported Accumulate with photography workshops, tutoring, portfolio reviews at The Photographers’ Gallery, and with their exceptional exhibitions at The Guardian.

The work Accumulate does is life changing and the team at Shutter Hub wanted to find another way to make sure these photographers could carry on developing their careers and expressing themselves through their creative skills, so they established the Camera Amnesty. 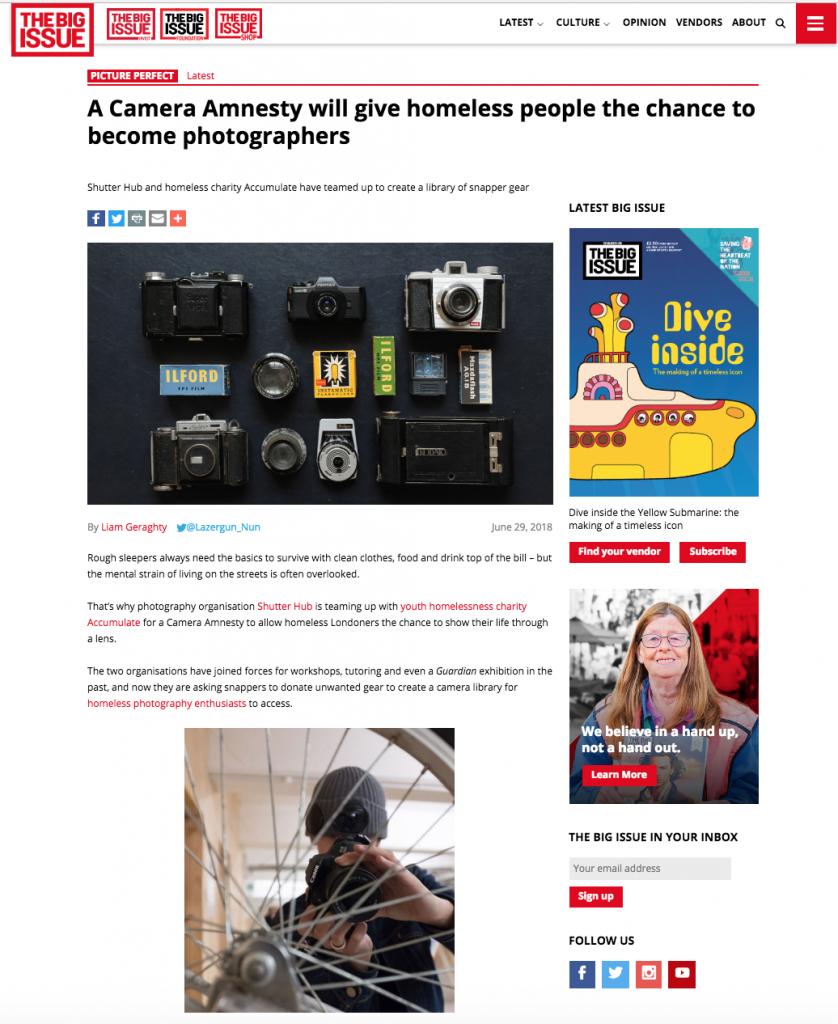 Accumulate have been able to give cameras to those in need and develop a camera library which is accessible by homeless photographers across London. The equipment donated through the Camera Amnesty has meant that in all the courses run, everyone has been able to access equipment which is right for their needs.

The Camera Amnesty can accept digital and film cameras, from D/SLRs to point and shoots, camera phones, film, memory cards, bags and anything that could be of use to a photographer.

We’ve had such a brilliant response to the campaign, that we are hoping to soon start adding more organisations to the recipient list, including the British Red Cross – supporting more people in their photographic endeavours and enabling them to reach their creative potential, whatever their circumstances.

Thank you to everyone who has supported this project by donating equipment and spreading the word.

Do you have a camera or photography equipment you’d like to donate? Brilliant. Get in touch with us! 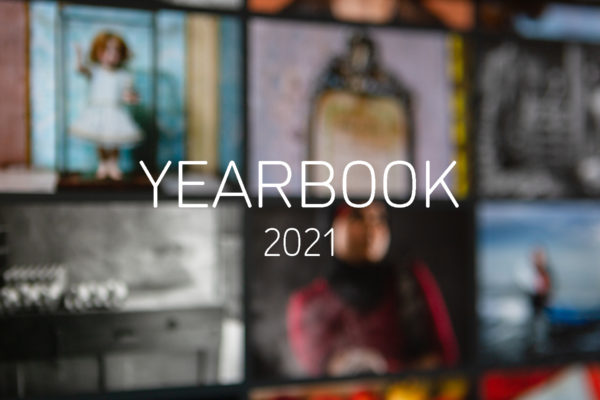 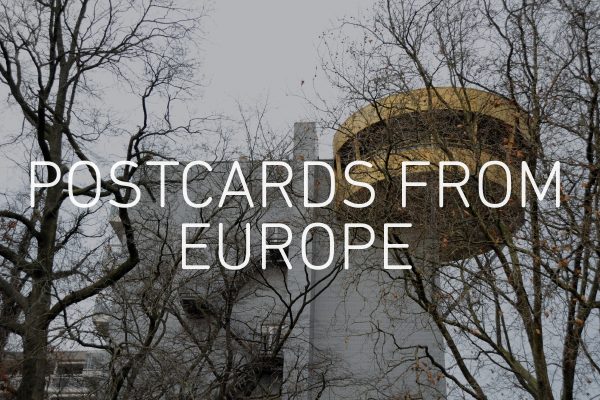