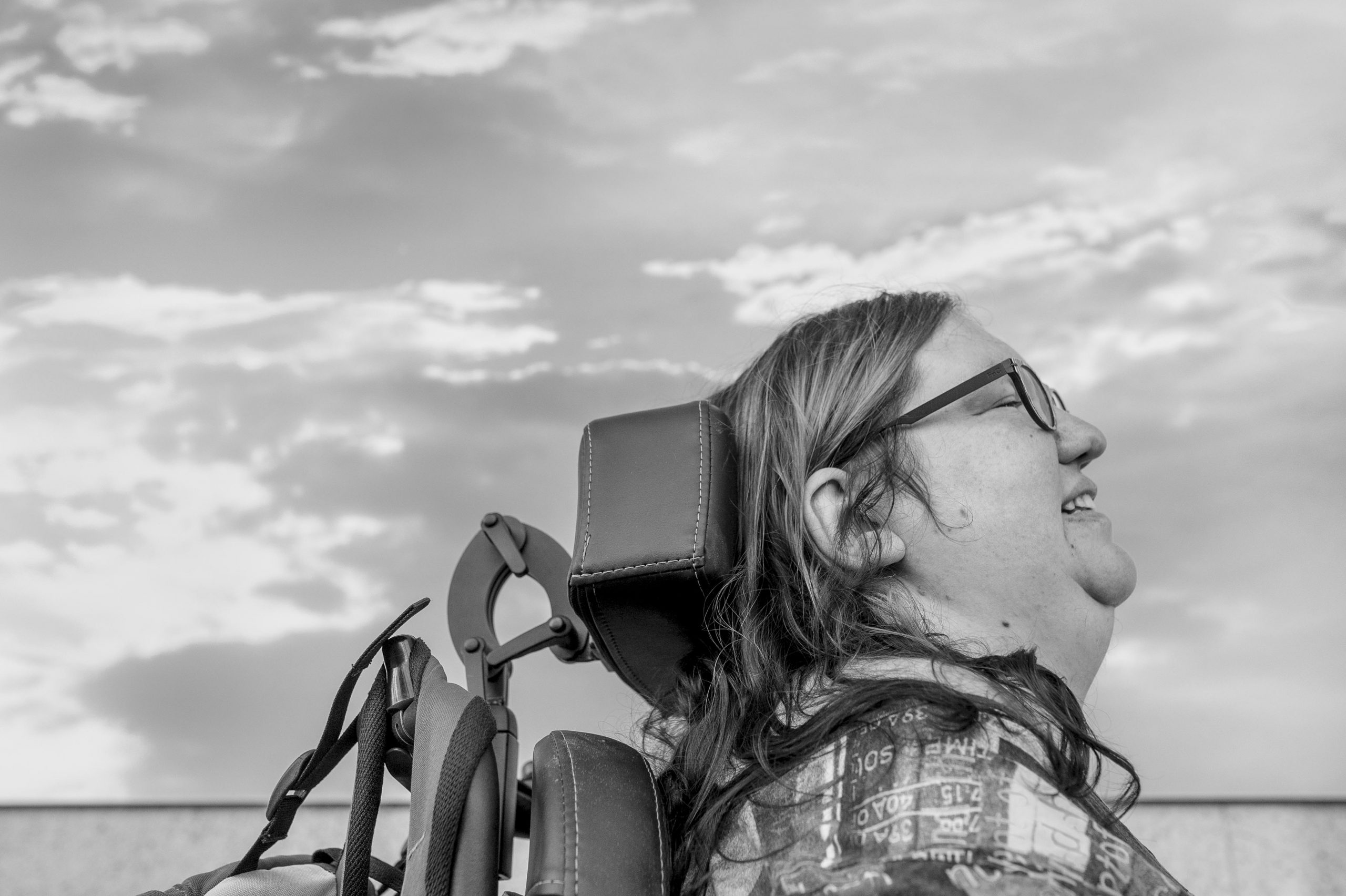 After recently exhibiting at the Shutter Hub Open 2018, Brussels based member Michel Petillo joins us as the show tours to the 5&33 Gallery in Amsterdam this December. Speaking to Michael we found out more about his ongoing body of work, drawing on social and humanistic themes.

I am not my body: A story about euthanasia.

In this social documentary, Michel provides a portrait of Claire Coché, a 35 year old wheelchair bound woman suffering with debilitating pain, epilepsy and severe form of Cerebral Palsy that affects movement in her entire body. Working with Claire since 2016, Michel has recorded her daily life as a young disabled woman including invasive operations, treatments, and severe pain; which at times has made her want to end her own life. Nevertheless, Claire remains hopeful, owns an apartment, hosts refugees, travels the globe and is a theater performer.

Claire’s personal journey, which forms a narrative to Michel’s work, tells a deep and sensitive story of living and dealing with disability. This is juxtaposed with Claire’s freedom and courage to find a personal solution to her pain, regardless of the moral and legal indictments. His work sets out to document that euthanasia, contrary to suicide, is not triggered by a severe depressive state. It is a conscious decision and a deeply human journey where the dichotomy of right and wrong must make way for compassion and hope. 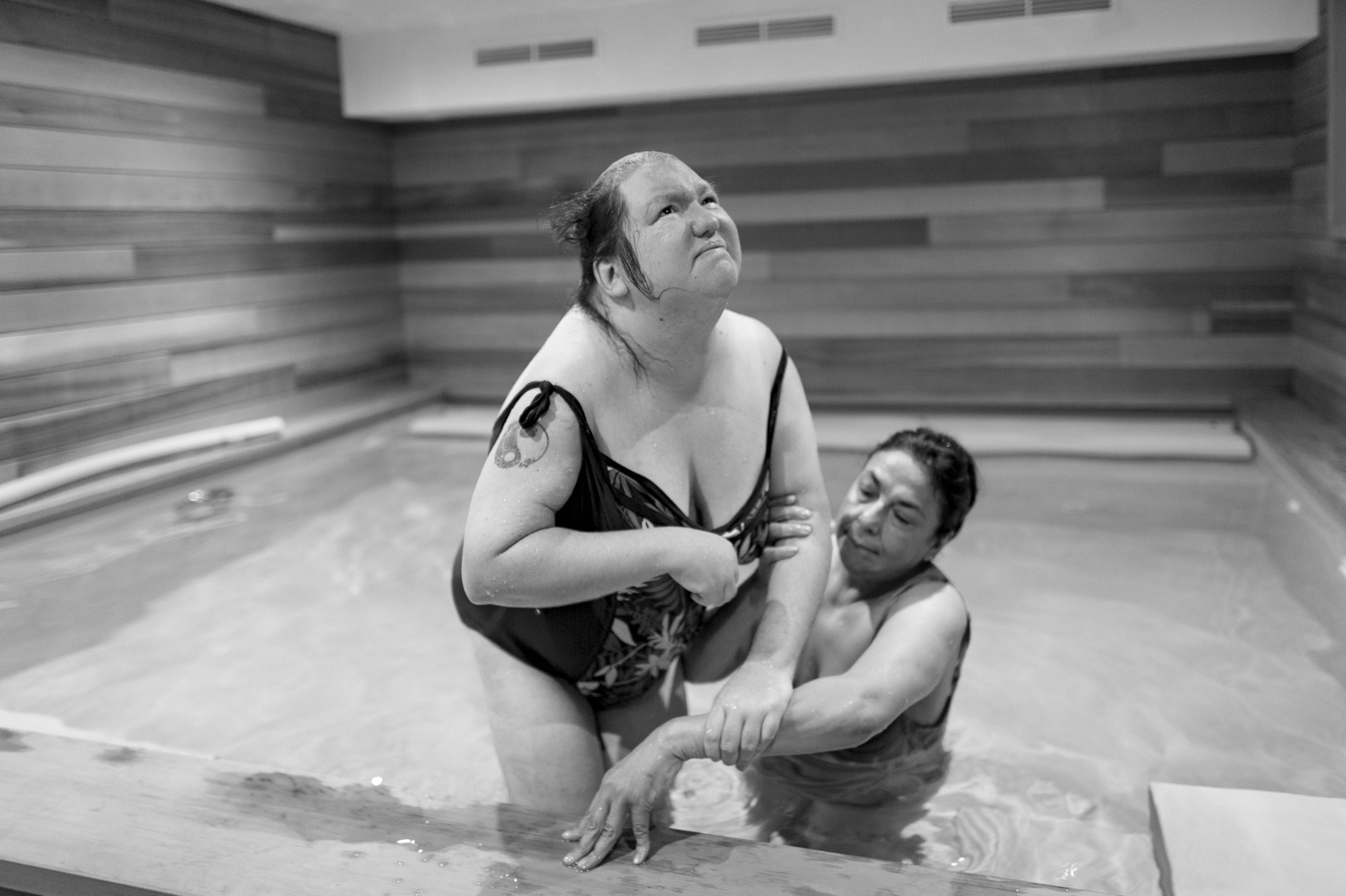 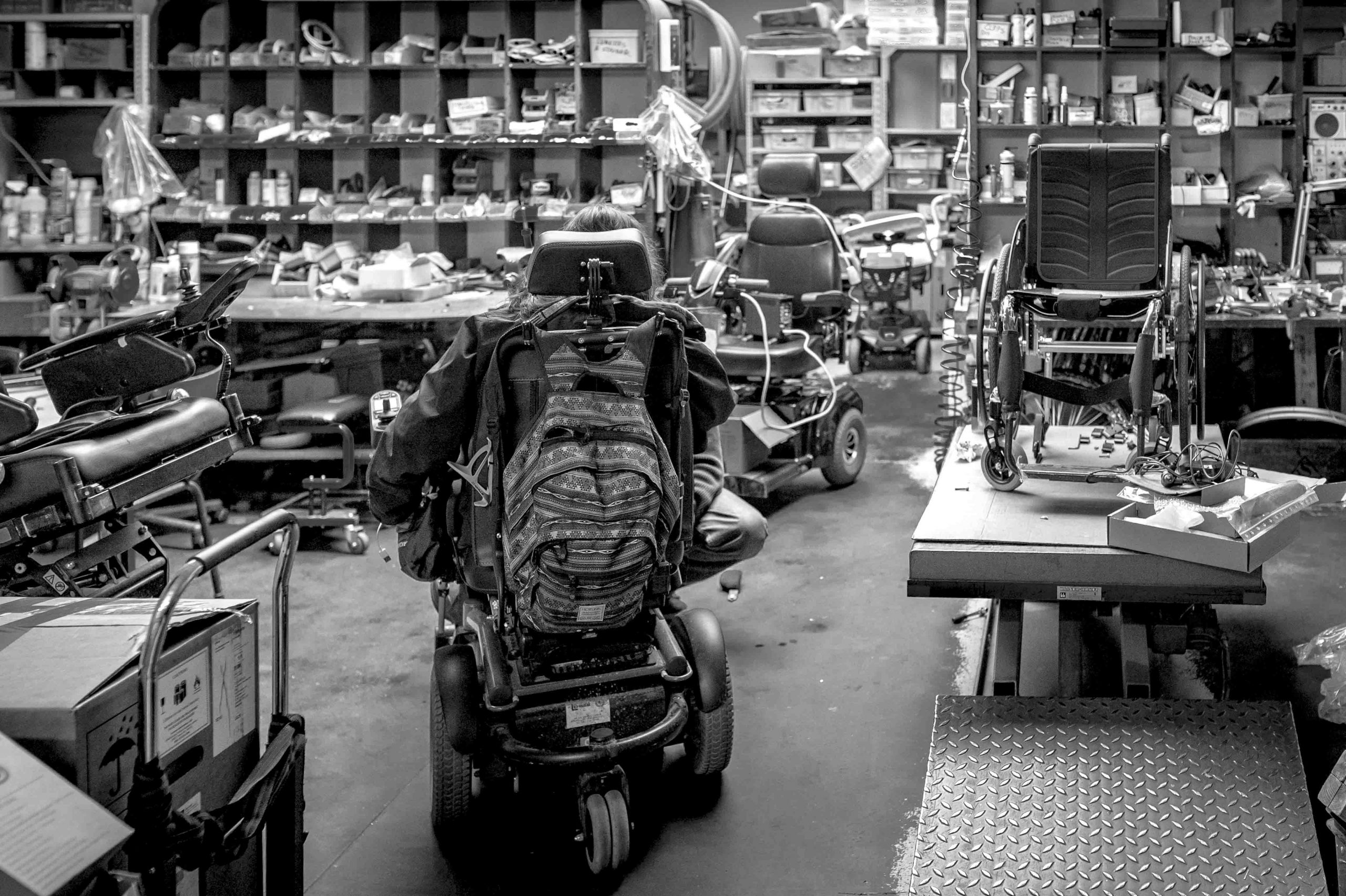 © Michel Petillo – I am not my body – Maintenance 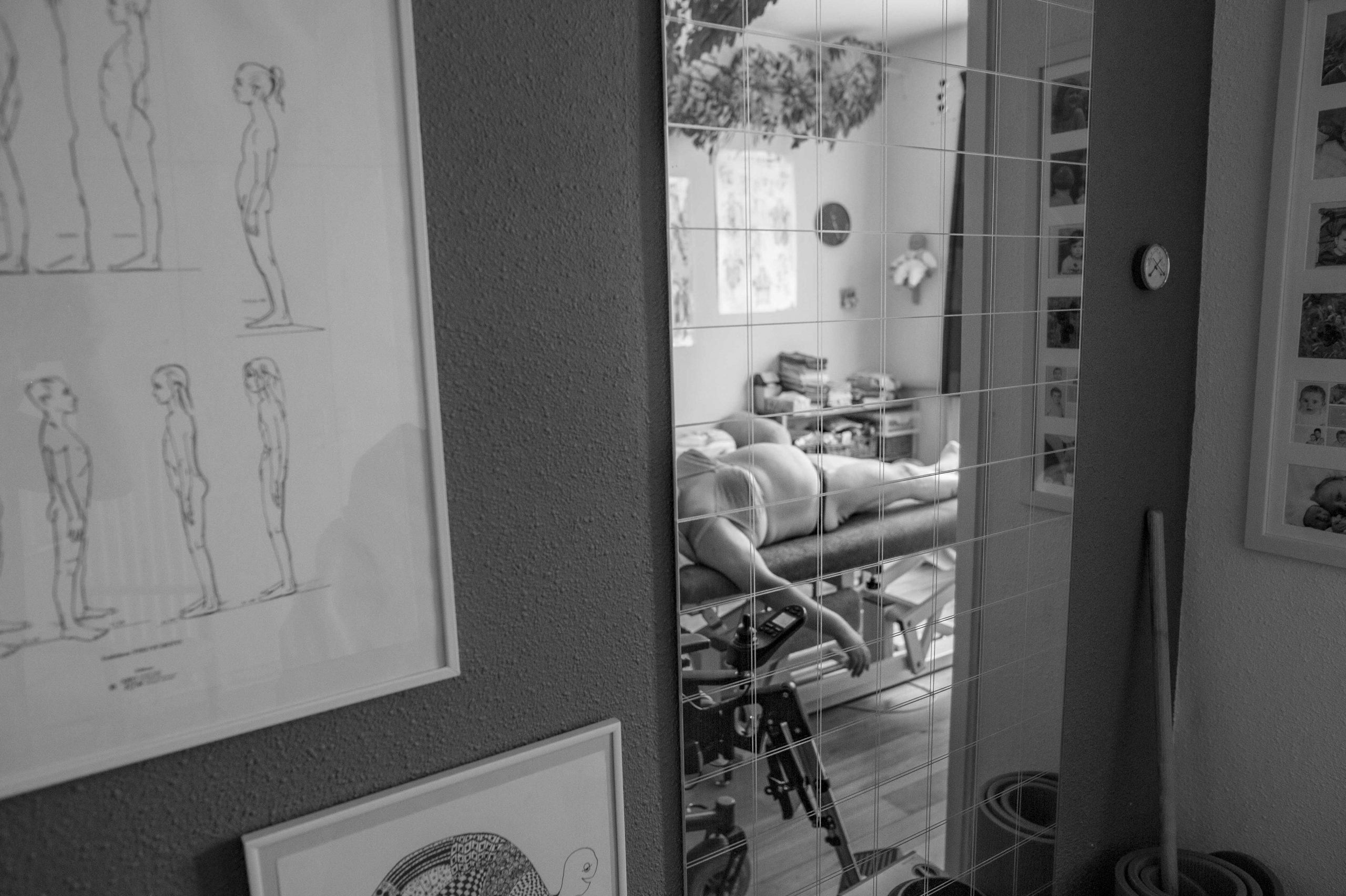 © Michel Petillo – I am not my body – Claire at the chiropractor. Being in a wheelchair most of the time is damaging to her back

Ever since the pains in Claire’s foot started in 2012, she has been seeking a diagnosis and an effective treatment as medical specialists could not find anything physically wrong. They attributed the pain to past trauma and referred her to mental health care as a last resort. In 2017, one physician took up her case again. He locally anesthetized the main nerve in her leg to see whether the pain was “real”. The intervention revealed the pain to be the result of nerve damage, most likely due to the invasive operations to treat her Cerebral Palsy. This discovery cleared the way for a spinal neurostimulator implant in the autumn of 2017. Initially the procedure appeared to be a success but a few weeks later, the pains reoccurred, and Claire, once again, expressed her wish to recommence the procedure for active euthanasia. 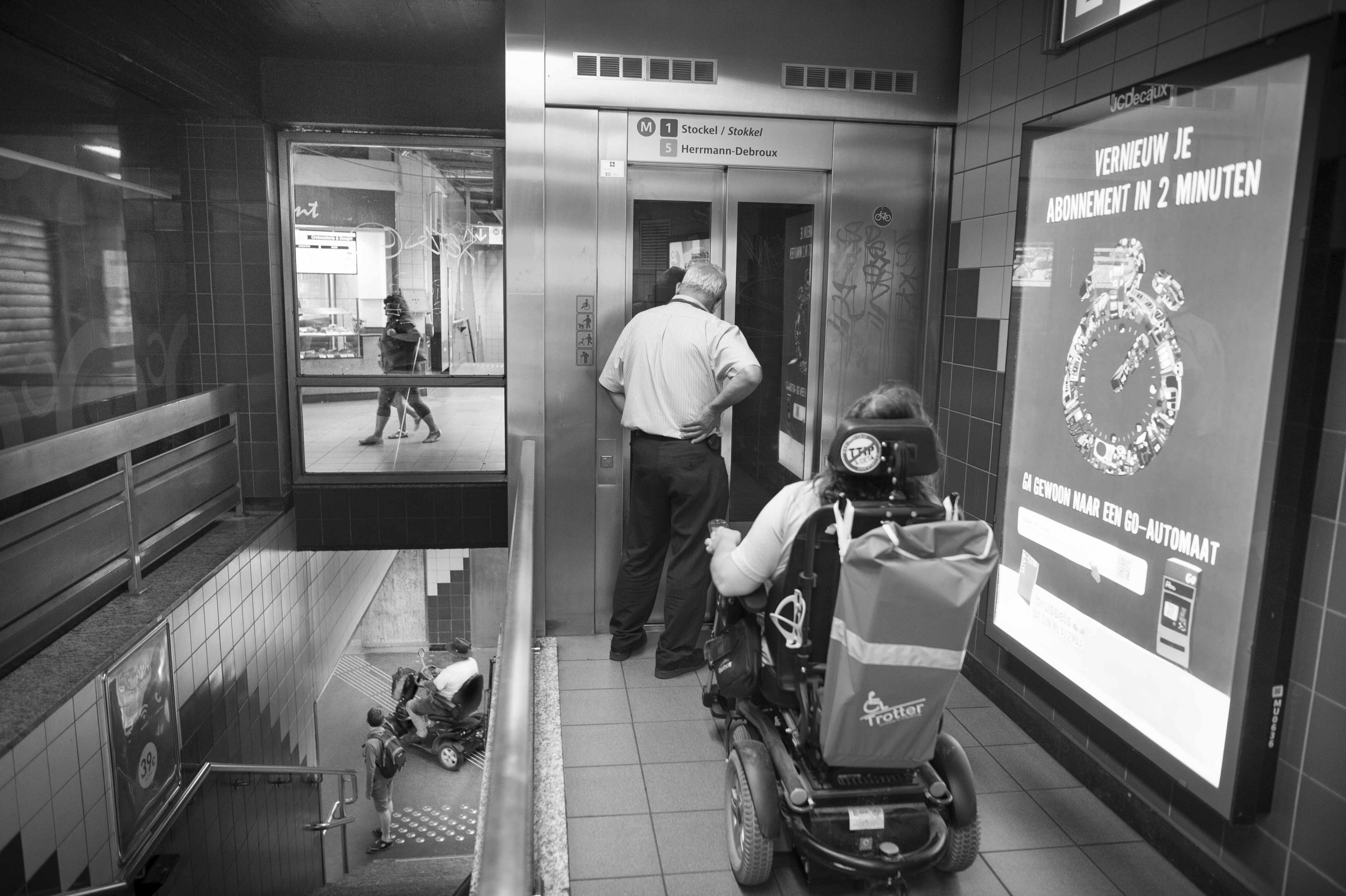 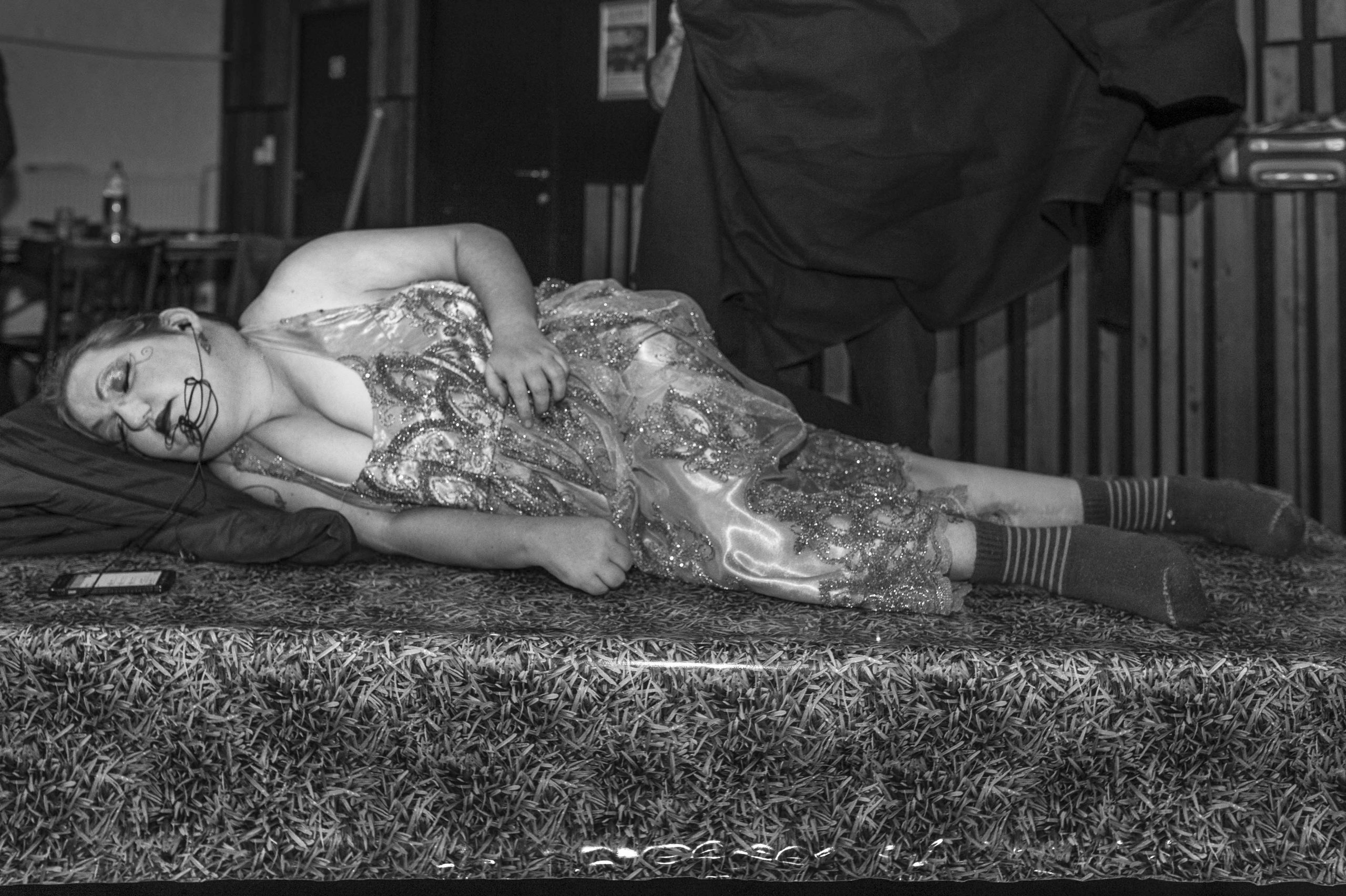 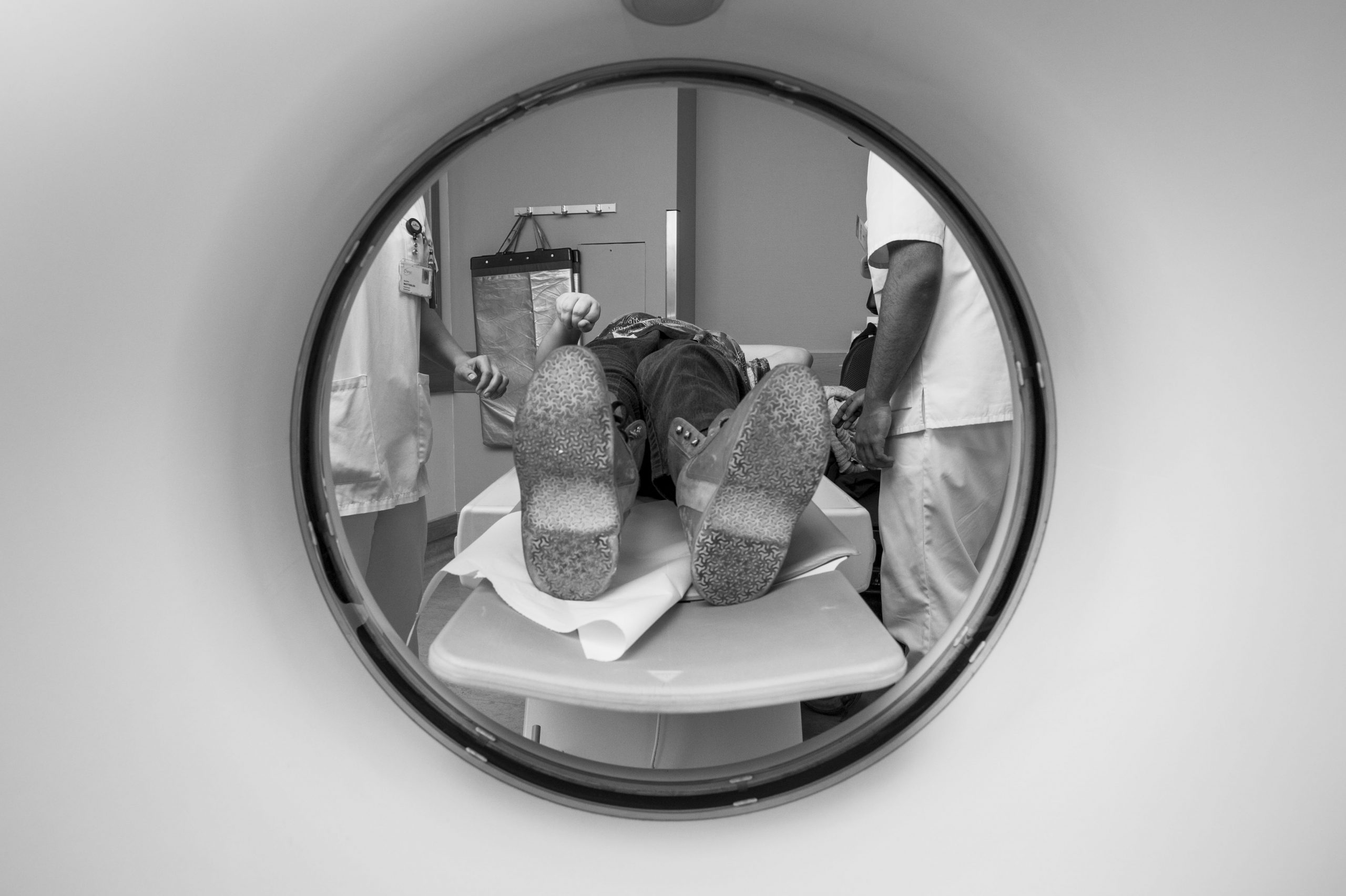 In March 2018, she discovered the potent analgesic powers of cannabis oil or CBD oil, which is considered an illicit substance in Belgium. This new glimmer of hope had put euthanasia on hold once more, as this solution might significantly reduce her pain medication and to regain control of her body and life. However, her hope was short lived and Claire indicated that she might no longer be around come July 2019.

Claire’s journey is a challenge on many levels. Michel’s photos, and the settings in which they are taken, are at times confrontational, but also private and delicate; inviting Claire to revisit old trauma, challenging her beliefs on love, life and death, and redefining her relationship with her parents and friends. Michel notes that as a photographer and part-time psychologist it is not always possible to merely observe from the sideline. But from time to time, he finds himself involved by offering some form of support and counsel. His role shifting between observer and photographer to listener, counselor and friend. 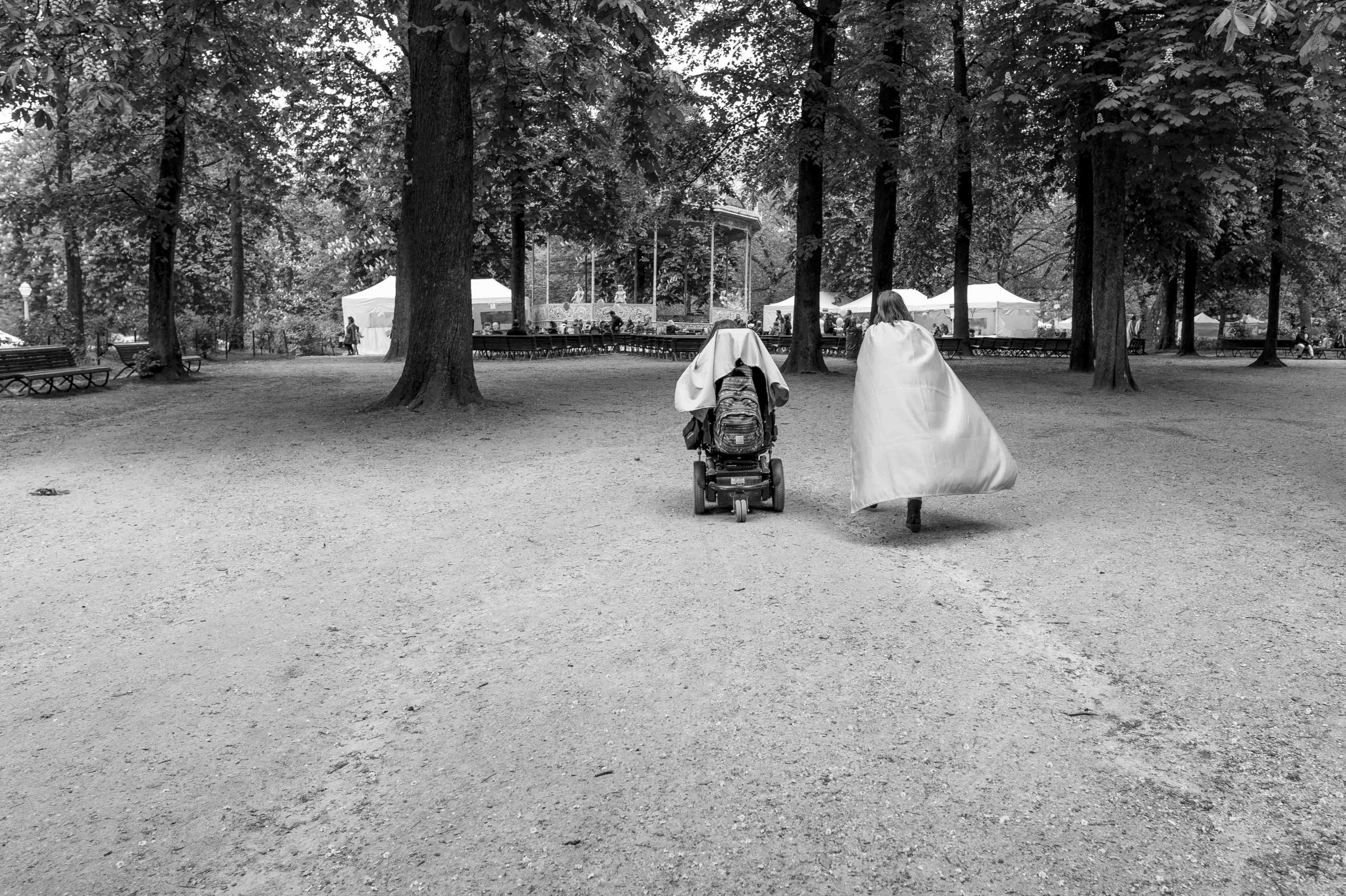 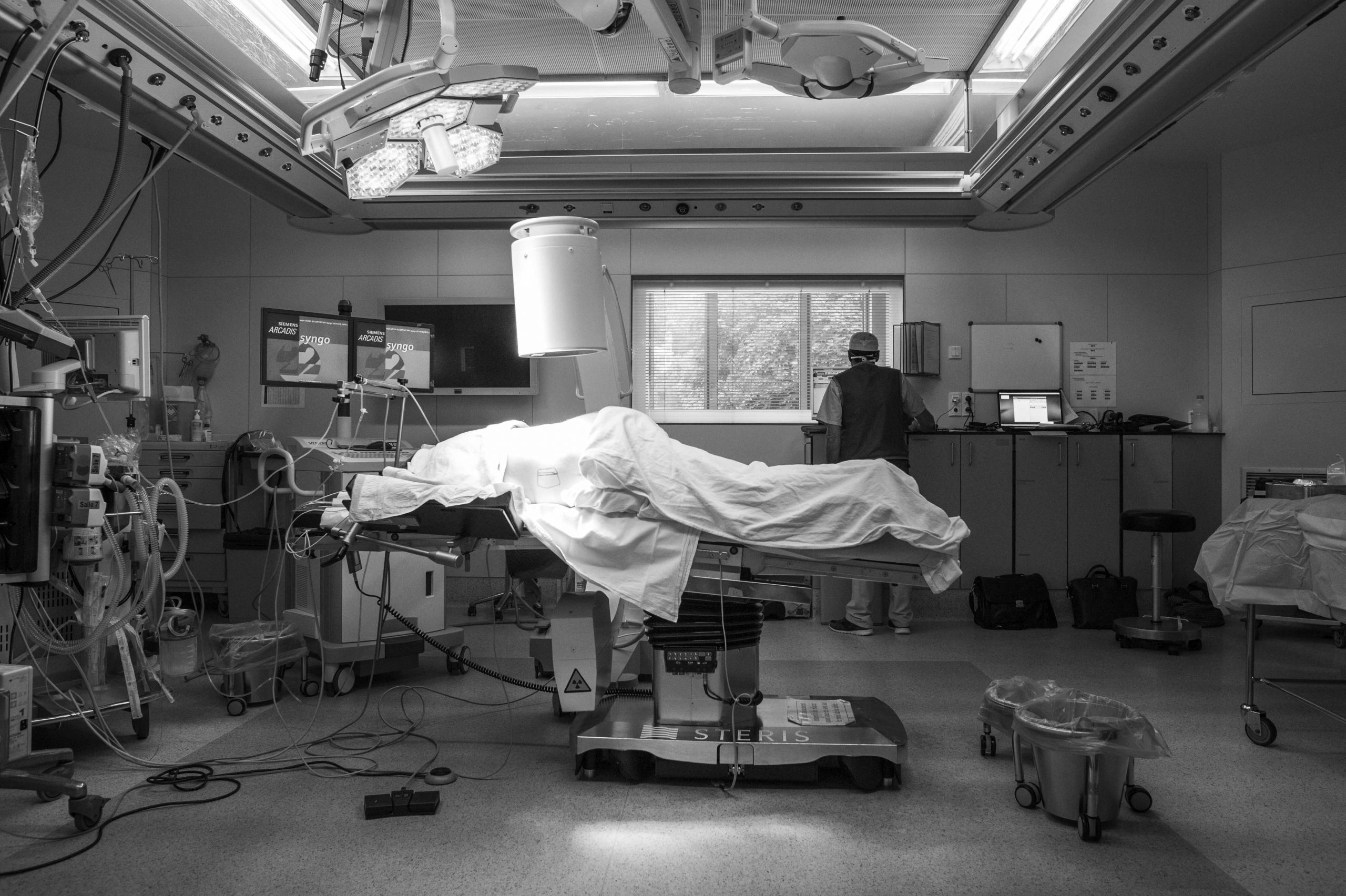 © Michel Petillo – I am not my body – The operation 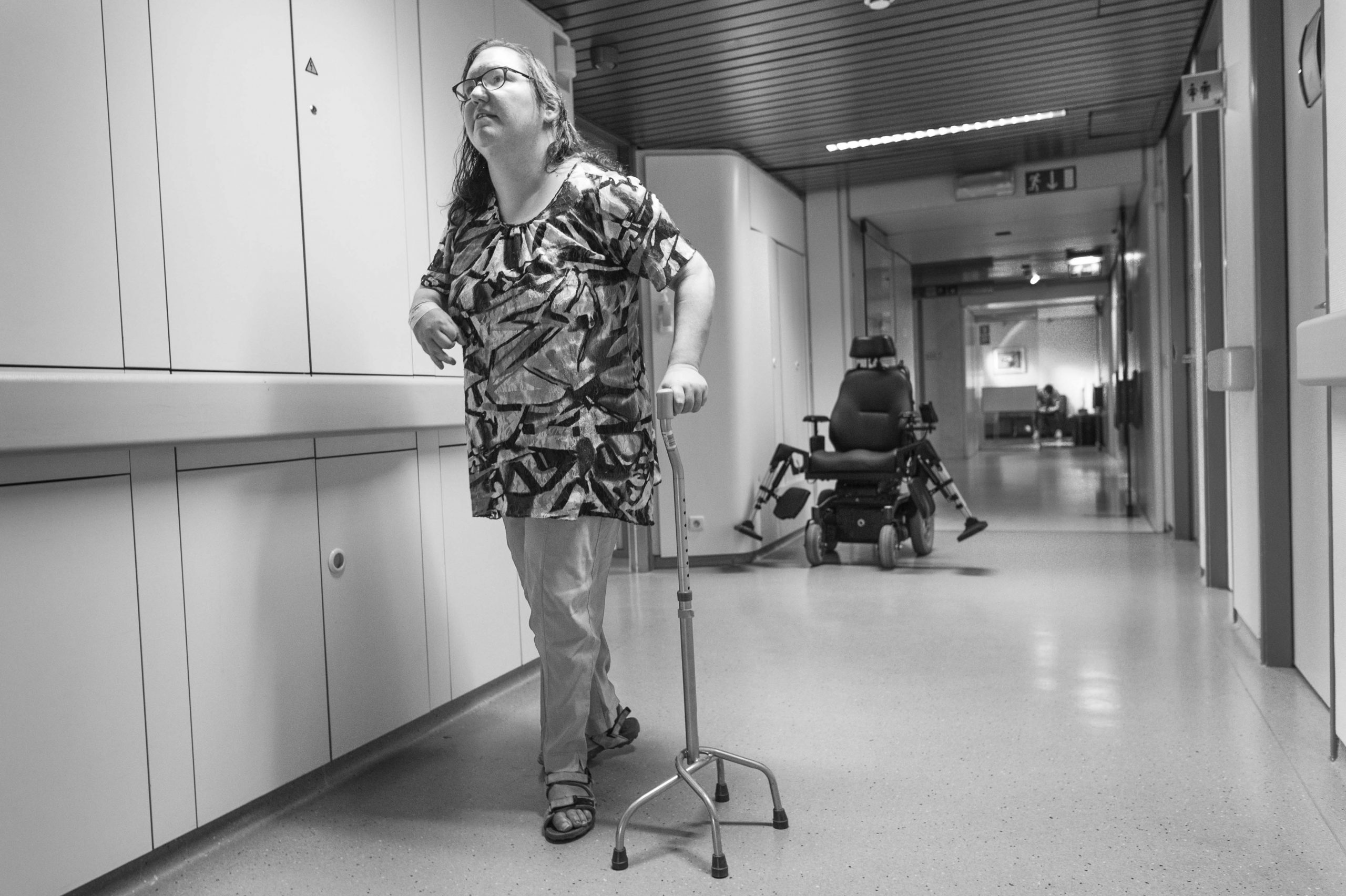 © Michel Petillo – I am not my body – Claire was able to walk again without pain after the operation, but it did not last long before the pain resurfaced

Michel’s images are not always easy viewing, they capture glimmers of Claire’s life through the lens of her daily pain and the medical interventions. They do, however, post a valid and open discussion concerning the notion of euthanasia, conveying a message of hope instead of despair. In Claire’s words, this entire journey is ‘an act of liberation’.