Shutter Hub member John Hensel studied visual art at Oberlin College and is now resident in Cambridge, MA in the United States, where he is the manager of retinal imaging at a local eye hospital. His collaborative work has been exhibited nationally in the United States, including at The Phipps Galleries in Wisconsin and the Larson Gallery at the University of Minnesota.

“Mind, or some aspect of it…has been regarded as the pattern after which the universe is to be conceived, for no better reason, at bottom, than that such a universe would not seem strange, and would give us the cozy feeling that every place is like home.”
— Bertrand Russell, The Place of Science in a Liberal Education (1913)

On the Reversibility of Physical Law is about small, simple ideas with radical consequences. Physics is concerned with the most fundamental constituents of nature, the systems, and laws that form the foundation of the universe. Out of these simple principles—interacting in complex ways—everything we see around us emerges.

I want this work to force us into conscious consideration of the world by embodying effects that defy our intuitive understanding, but which are nonetheless rigorously grounded. Science is the most powerful tool we have to understand the world as it really is, not merely as it seems. This project is the beginning of my efforts to embody in aesthetic and metaphorical terms principles that are as true to nature as we are able to reach, and to challenge us to see the world as it really is, not as we expect it to be.

This work engages with time as a concept in physics. The originating problem of this series is that all classical laws operate the same with time running forward as with time running backwards, yet we experience time flowing inexorably in one direction. There are—so far—four ideas I’ve worked to embody.

A candle is something that is the definition of momentary, it marks out a beginning, a duration, and an end. But in physics, all the laws and interactions played forward are identical played backwards, so much so that time is just another dimension like the three spatial dimensions. You don’t think of something three feet behind you as forever lost—it is just behind you, still existing. This is the “block universe” model. If you take the perspective of “nowhere/nowhen” outside of our universe looking in, you can imagine all space and all time seen as one eternal thing. In our lived life, the candle has burned out, but from the eternalist perspective, it always is.

From the onset, my idea for this image was very close to what you see here. I knew it would have to start with a time-lapse of a process that marks out a discreet passage of time. For that, I settled on a candle. Setting up my camera on time-lapse, and after a few attempts to get all the parameters correct, I made 5,967 photographs. To process this many pictures by hand would have been far too time-consuming, so I wrote a small program in Python which allowed me to process and combine the images and to vary the parameters by which they were combined. After several candles, and 153 runs of the program, I found the parameters that best communicated the idea. The result is 1,194 time-lapse images programmatically combined to create a single print 5.5 meters wide by 25 centimeters tall.

2. Configurations in Infinite Time (Or 光継ぎ?)

The 2nd Law of Thermodynamics (systems will inexorably reach maximum entropy) isn’t strictly true in the specific circumstances of a closed, steady-state universe, without gravity, and over infinite time. Put this cup in a perfectly enclosed box without any interaction with the greater universe for an infinite time and the action of entropy will gradually break it down. Over infinite time the random movement of molecules will see it taking on every possible configuration, even very low entropy states (such as rejoined in a cup shape). The time this would take is many, many times the lifetime of our universe, but it is, in principle, the case.

This image came to me more or less fully formed; the metaphors of entropy often being breaking eggs and tea in milk. It was simply a matter of documenting the process, breaking and repairing infinitely; three key moments representing the whole, with many small images suggesting the duration of each process.

This image concerns how our human perspective can mask reality. Quantum mechanics, for example, is weird to us because we are too big to ever notice its effects on our life, but it is the best model we have ever created for what is going on at the smallest level. By showing that the roiling action of waves on the Charles River disappear to mute gray if we change the duration of our perspective, it is analogous to being at the wrong scale for quantum effects to be obvious and a warning that mere intuition and common sense can lead us away from what really is going on.

No matter how hard I worked it was never sufficient to find a place, a time, and weather conditions to create even illumination across the frame and through the duration of work. This image, which has the appearance of being a panoramic image, is more akin to Spacelike Time: Candle #153—it is generated from 96 individual photos taken from one fixed location. Instead of a discrete process with a start and end, this shows an endless cycle of waves. What changes between images is the duration of exposure from 1/400 of a second to 2 minutes and back. The images are layered over each other to make the transitions in duration appear seamless. The total time to take all these pictures was well over an hour, between each picture and across each frame there was enough variability in exposure to make this seamless transition discontinuous. I wrote a small program to assess the average value across the width of each frame and between every image, it then generated a difference map for each image that brought their overall exposure into alignment. With the image completed, I then wrote a second program which took a line across the width of the picture and sampled the value of a box drawn out at each point. This then generated a graph that models the intensity of the waves as a function of the time resolution, which runs along the bottom of the image.

The six monochrome images show mist rising up, dynamically serpentining through the turbulence of the air, gently expanding as the mist cools. Appearing diffuse from a distance, looking closely reveals the cloud is made up of distinct points, tracing out short lines showing the direction of motion during the 4.5 ms duration of the flash. Chaotic and unique individually, when 200 of these are composited in the central image, the clouds trace out a very regular cone showing the simple statistical laws that emerge from the complex interaction of particles. Each particle interaction is perfectly time-reversible symmetric, but the emergence of the statistical law is the emergence of time. A system in a low entropy state—the boundary condition—will unfold through tiny, reversible interactions, irreversibly into a higher entropy state.

The initial images are simply made by funneling the mist from a cheap vaporizer with a flash positioned above it, these are processed to maximize the luminance data of the mist. Those luminance values are then used as a mask over a changing color field to create the image of colorful mist. A line is calculated to demarcate the rough center line of the body of mist and a second set to show the space enclosing about 50% of the non-zero luminance values.

Because of the scale of this work, it is very challenging to find exhibition opportunities. I’d like to find venues that would be a good fit for this work, be it arts or science-related, or something I haven’t yet thought of.

To find out more about John’s work, visit his Shutter Hub portfolio here and his website here. 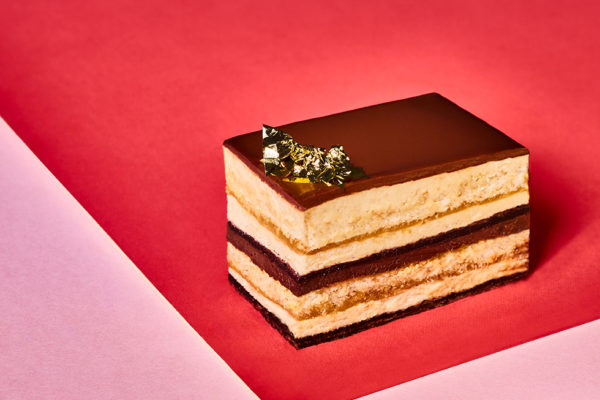 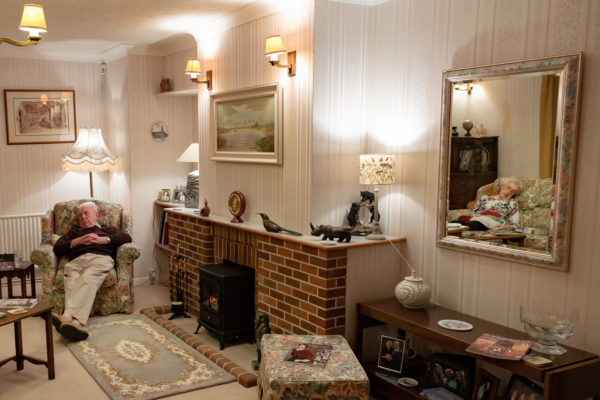