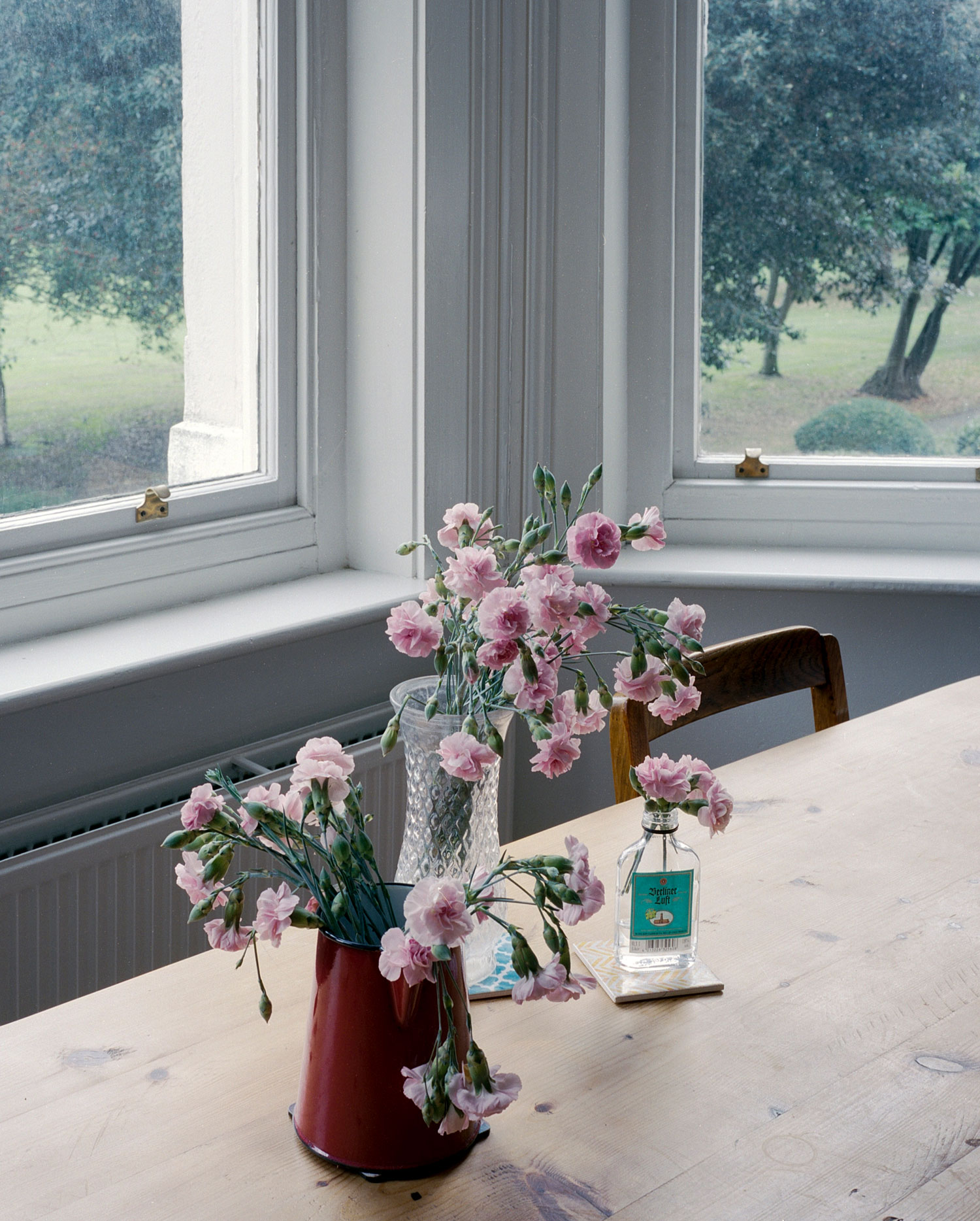 Shutter Hub member Ioana Marinca is a self-taught photographer who uses photography as a visual diary. Born in Transilvania (Romania), and now based in East London, her work focuses on street and documentary genres, exploring the notion of home, and she is particularly interested in trying to understand what makes a country welcoming, and what it means to belong.

Here Ioana shares with us Yellow Wallpaper, a project about women’s bodies, fertility and how they navigate the gender bias in medicine. Sharing her own, and others’ stories. 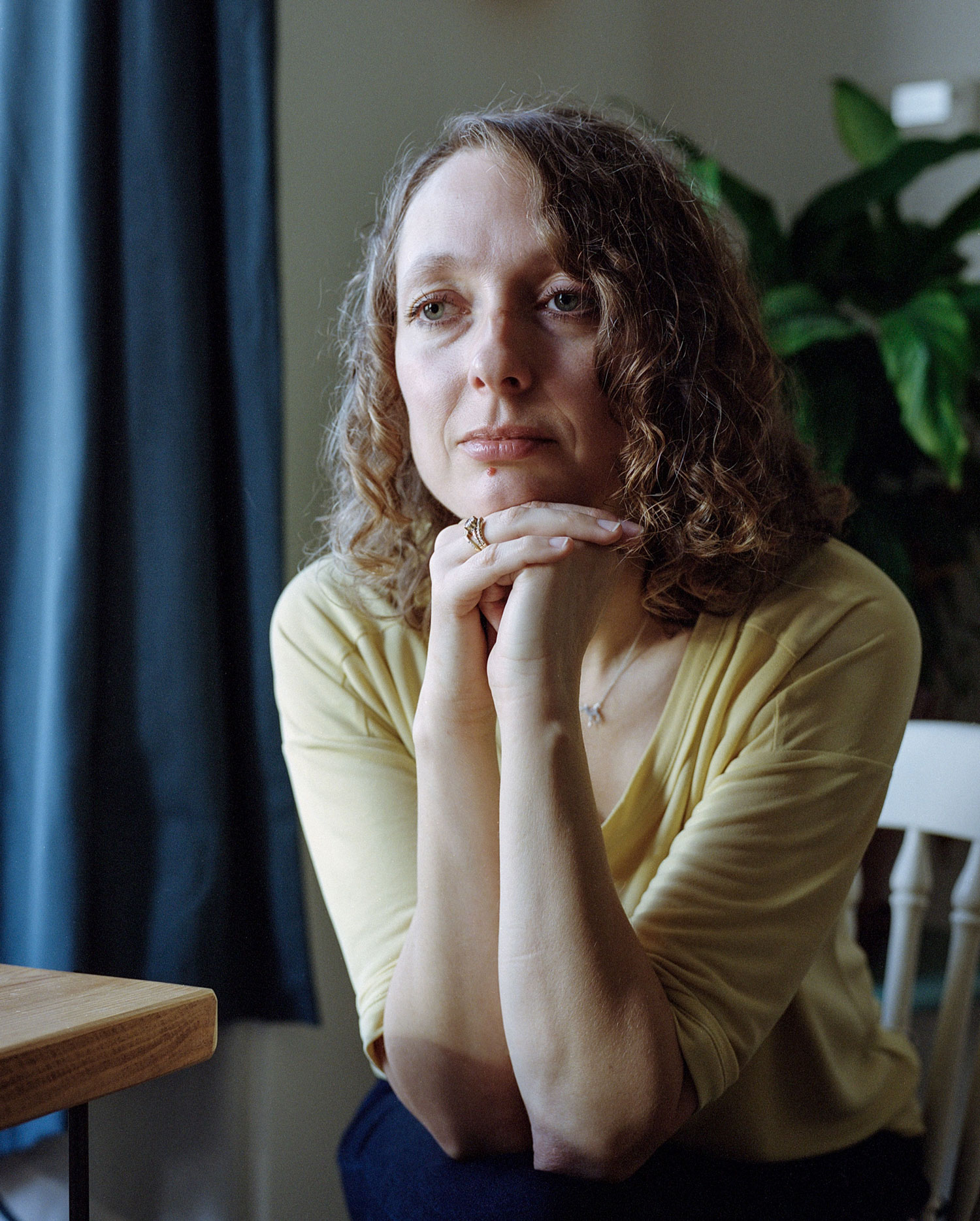 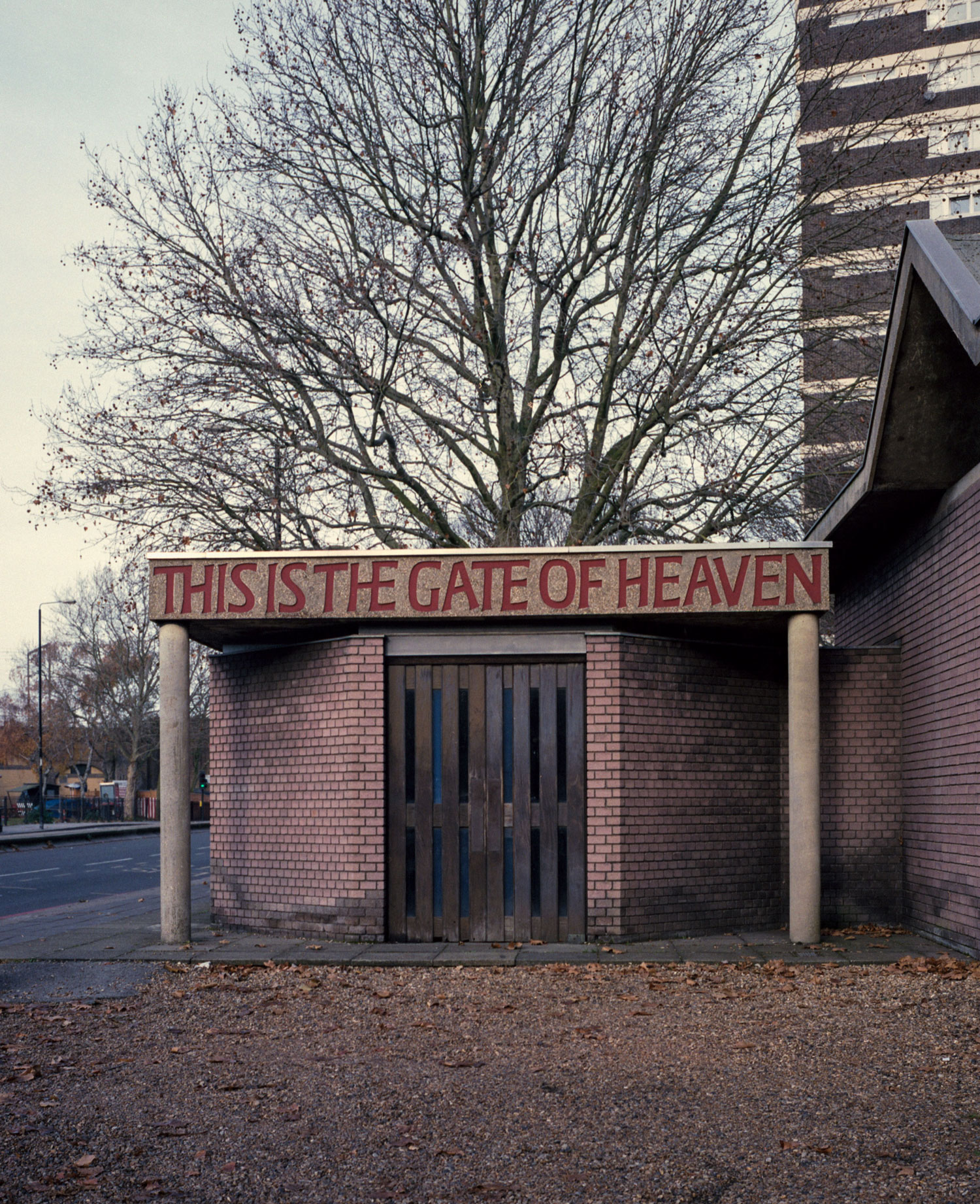 When I was 14 I was picking up my sister’s Bacalaureat exam results. I went with a friend, it was a short walk from home. I was on my period and already in pain, but nothing I wasn’t used to. On the way home I remember blacking out. Not through pain, my vision just completely went black. I grabbed my friend’s arm, explained what was happening and went to sit down on the side of a flower bed until it passed. I remember throwing up in the flower bed, and my vision coming back after a few minutes. That was the only blackout, but for the next 20 years I lived in constant fear of my period, accepting that mine came with pain. Despite regular visits to different doctors and specialists I never knew why.

Last year, at the age of 35, after nearly passing out in the office I decided to investigate my periods again. During a scan the nurse showed me my womb on the monitor and said “Look, it lights up like a Christmas tree!”. I finally had a diagnosis, it was adenomyosis. I asked the doctor what treatment options there are, and she said none, but suggested inducing me into menopause. I wanted to punch her. 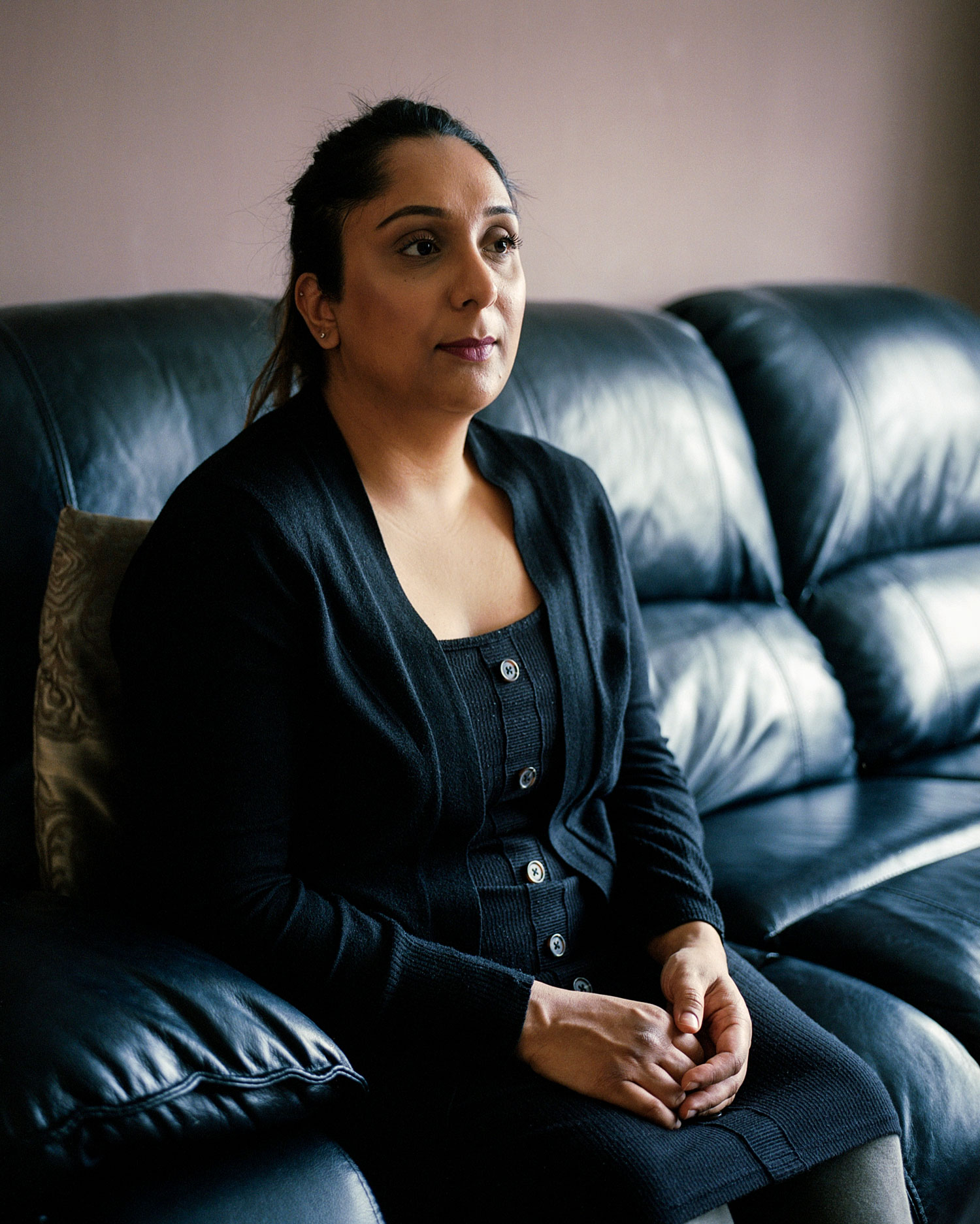 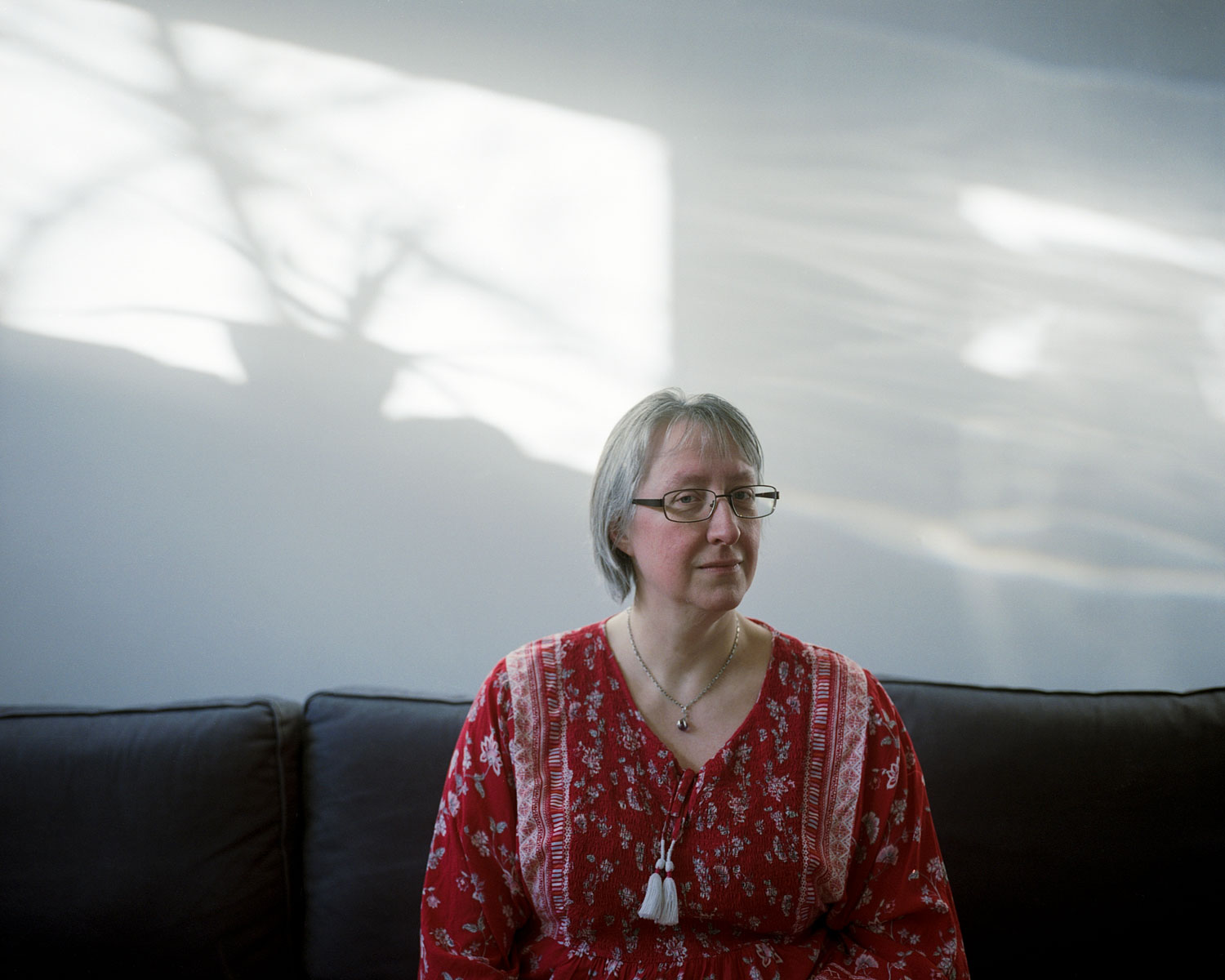 The project started by asking questions: why is there no treatment? How many other women are in a similar situation, and how do they live with womb related conditions that science has yet to fully understand? Through very personal experiences of the women I’ve met and photographed, Yellow Wallpaper examines how women have been excluded from medical research, have not been listened to – especially when experiencing pain, causing women’s bodies to become medically, scientifically and socially invisible.

Current estimates suggest 10% of women live with endometriosis, 10% with adenomyosis, and an estimated 30% with PCOS (polycystic ovary syndrome). Some women have one, while others have a combination of two or more of these conditions. There are multiple theories as to how these conditions arise, but there is no definitive known cause. The average time for endometriosis diagnosis is 7.5 years. Treatment suggestions range from pregnancy, hormonal treatments including induced early menopause to hysterectomies; none of them come without side-effects, especially the first option.

Multiple studies have proven the gender bias exists in medicine: if two children have the same operation, the boy is more likely to be given ibuprofen while the girl has paracetamol. A woman who describes pain to her doctor is more likely to be given anti-anxiety or antidepressants than for her doctor to investigate the physical issue. Just a week before the lockdown I met Laura who was diagnosed with endo a few years ago – she has previously joked with her boyfriend that they seem to have two completely different doctors who give opposing diagnoses: if Laura goes to her GP no test will be scheduled, and her description of symptoms will be questioned, whereas when he complains of an issue, tests are scheduled immediately.

Gender bias has caused heart attacks in women not to be recognised, because research and tests have primarily been done on men. The male as human default in everything from urban planning to ergonomics is explained in painful detail in Caroline Criado Perez’s book, Invisible Women. Similarly, Maya Dusenbery explains how male-default medical research affects women in her book, Doing Harm. A passage from Maya’s book: “The default to studying men at times veered into absurdity: in the early sixties, observing that women tended to have lower rates of heart disease until their oestrogen levels dropped after menopause, researchers conducted the first trial to look at whether supplementation with the hormone was an effective preventive treatment. The study enrolled 8341 men and no women.”

In my interviews, it became clear what women with these conditions deal with: constant physical pain, frustration, and feeling alone or ‘broken’ – while stoically getting on with life, career and family. Glen lived with horrendous, regular pain for about 37 years; now post-menopausal she says the last decade has been the best of her life. Punita was told by a gynaecology specialist to have a hysterectomy at 19, because she “could never have children anyway”. Now in her 30s, she is proud mum to Siya; she reported the specialist and sought treatment elsewhere. Punita told me her story because she wants more women to question doctors who dismiss period pain as IBS, perform unnecessary hysterectomies or prescribe hormonal treatments without carefully considering the avalanche of side effects.

Magda’s interaction with her doctor in Ireland is painfully familiar: “I went to my GP at 22 as I bled for 4 months straight. She kept saying it’s my hormones (which hadn’t been checked). She changed my pill, nothing changed. After 2 months I demanded action and she gave me a strong antibiotic to stop the bleeding, which again didn’t change anything. Then she insisted on putting me on the coil, but I wasn’t convinced since I didn’t know what was happening with my body. When I said I wanted a gynaecologist referral she wouldn’t give me a letter saying – I quote – ‘it’s probably some STD’. I went privately and was diagnosed by internal ultrasound. They found I had around 20 cysts on each ovary, hence the bleeding.” 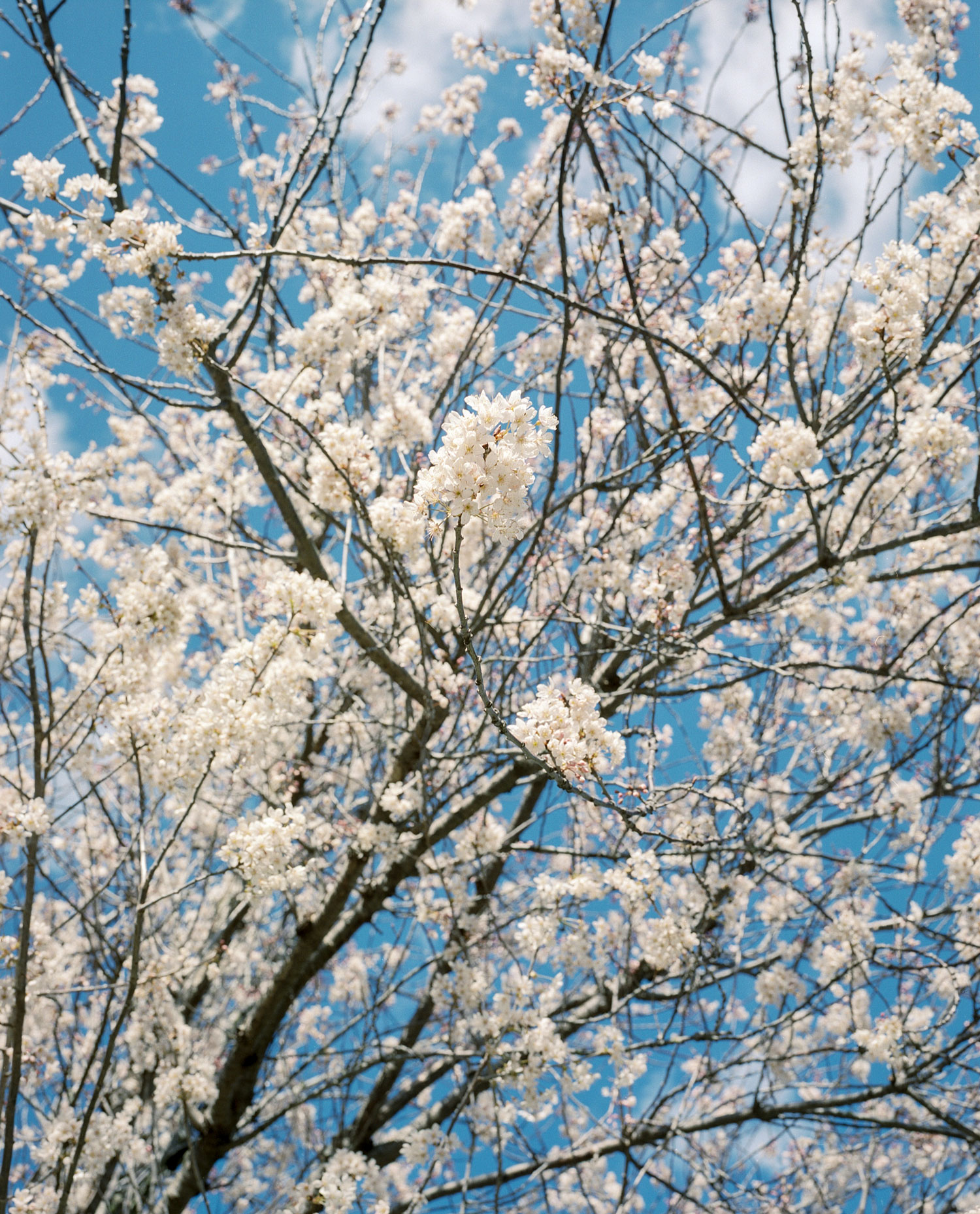 I have so far photographed women in south east England, but would like to hear stories from everywhere in the world. If you have endometriosis, adenomyosis, PCO(s) – or know someone who does – please get in touch.

See Ioana’s Shutter Hub portfolio here, and to find out more about this project visit her website here.