Shutter Hub member Alan Gignoux is a photographer/videographer based in London who specialises in socio-political and environmental issues. He exhibited his work from Niagara Falls – A Cautionary Tale at the Pow! Wow! Rotterdam in 2019 and presented “Limbo” at a Shutter Hub Lunch in January this year.

He is now focusing on promoting previous work in the forms of photographic zines and potential exhibitions highlighting the issues he has covered. Currently, he wishes to highlight the refugee crisis in Europe.

For an earlier project produced in 2003-4, I worked with the support of the British Council in Jerusalem on a body of work, entitled, “Homeland Lost – The Palestinians.” I photographed Palestinian refugees in UNRWA camps and juxtaposed their portraits with an image of their previous homes or villages in Israel. The work was widely exhibited in the Middle East and Israel, as well as at the Barbican in London and the Tropenmuseum in Amsterdam. I hope to return to the region this year to revisit the refugee question with a view to making a photo book about the project. I am also in the process of developing a photobook about the Saharawi, many of whom are living as refugees in Algeria. Working with the cooperation of Sandblast, a charity that supports Saharawi culture, I have been following this group of people since 2005.

For Limbo, I have been using a pinhole camera to photograph asylum seekers and immigrants in European cities, whose lives are on hold while they await a response to their immigration applications. With no official status, they live on the fringes of society, physically present, but invisible in terms of their civil rights. The title of my project is taken from words spoken by an Afghan boy in Sweden, who explained in his adopted tongue: “Du kan se mig, men jag finns inte” – “You can see me, but I don’t exist.”

In my photographs, the refugees appear as blurry apparitions against European city scenes that are crisply in focus. I have chosen to keep the refugees out of focus so that they cannot be identified, but I also intend for the lack of clarity to be a metaphor for their indeterminate status in their host countries. 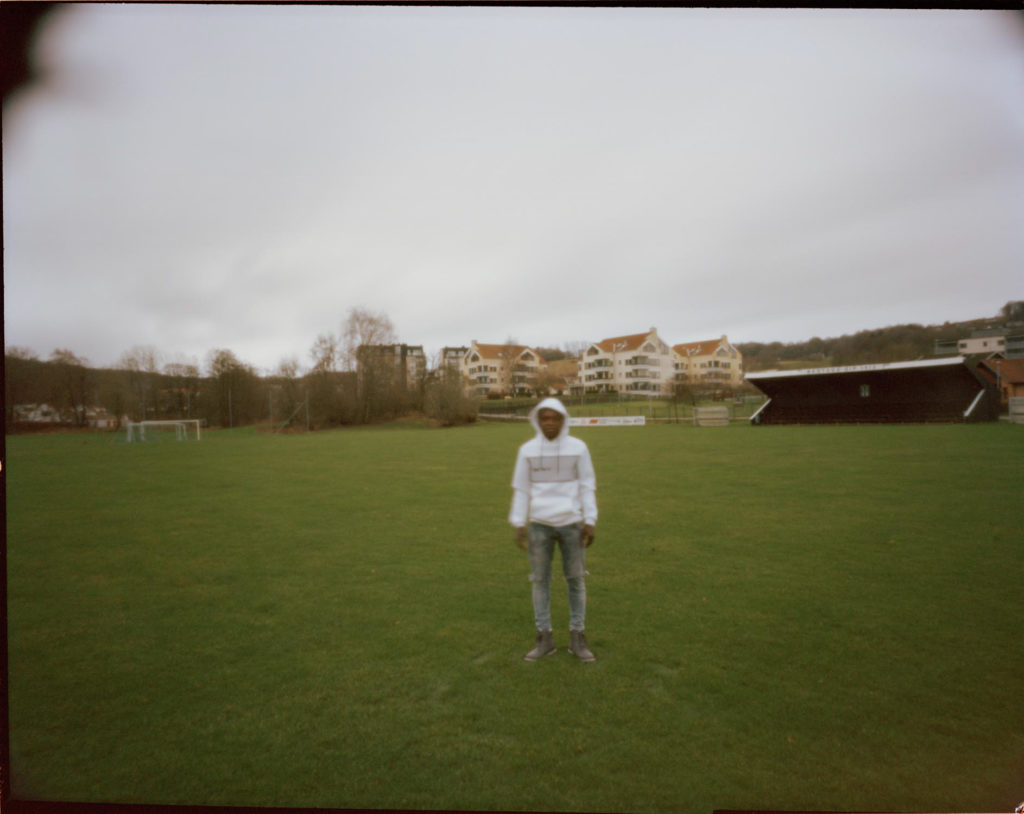 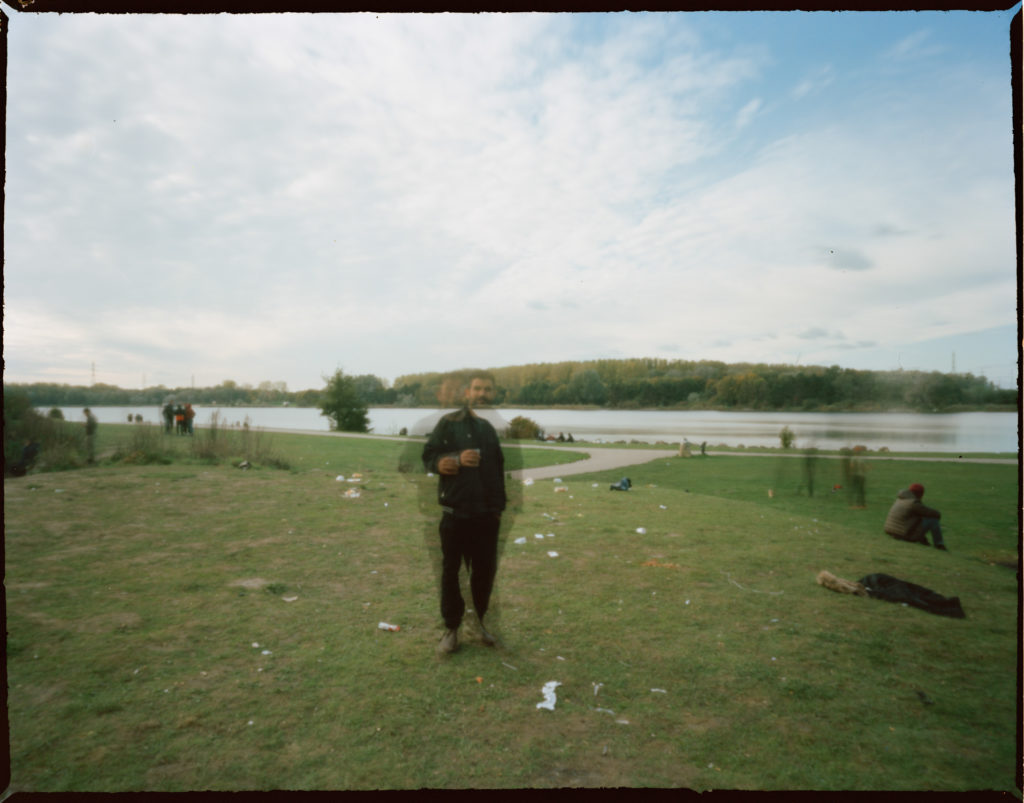 They are present, and yet they are not fully integrated. They stand against a variety of backgrounds that are clearly identifiable, such as the container port at Sangatte or the cathedral in Vienna, or in urban environments that have a palpably European feel. And yet their presence there seems incidental, temporary, wary, shy, as they stand surrounded by symbols of centuries-old European history and culture. Perhaps when they have received their papers and settled, they will fill out, become substantial, established and at ease in their adopted countries. Or, rejected, thy will dissolve further or vanish – their fate either a life lived in hiding or forced repatriation.

The stories of refugees arriving in Europe have been well documented, but the reality of the state of limbo in which migrants live has not been as often addressed. If a migrant has been successful in crossing the Mediterranean or the Channel, it may be years before a final decision is made on whether they will be able to stay – or forcibly returned to their country of origin. While waiting migrants face separation from family, friends and community, poverty, malnutrition, poor housing conditions, and limited access to education and healthcare, combined with the stress and uncertainty associated with the asylum application process. 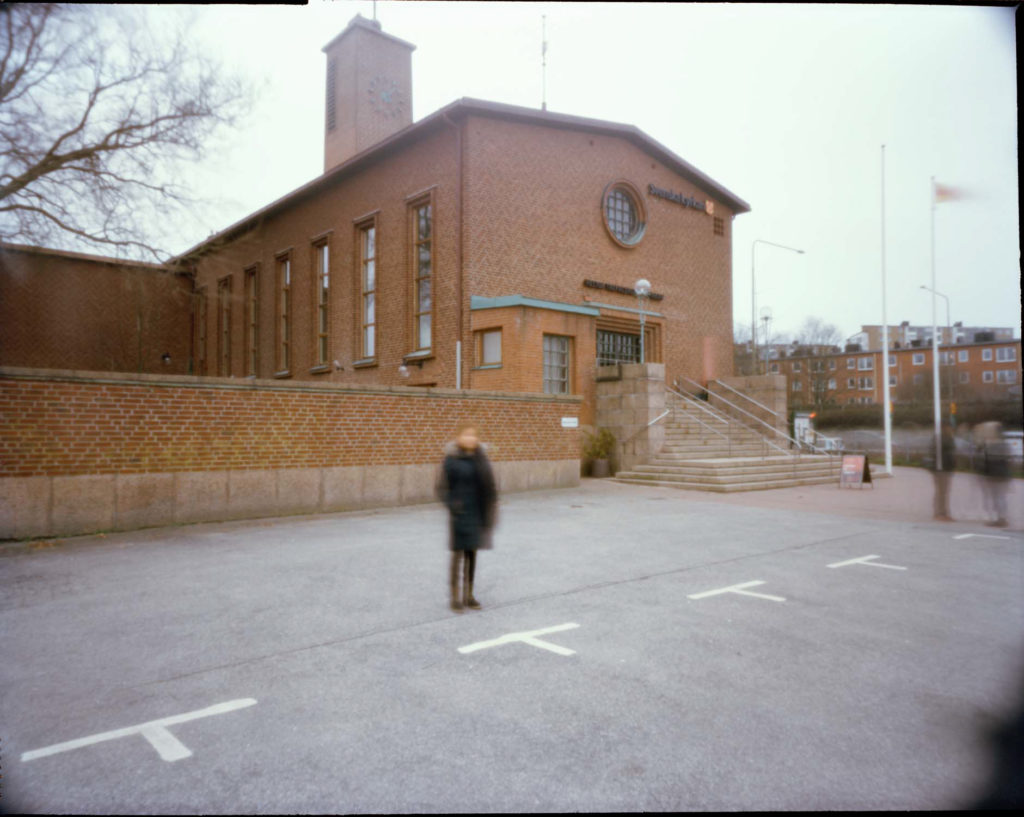 According to the European Commission, at the end of 2019, there were 929,000 asylum applications pending across the EU. According to an article in the Guardian (25th August 2019), the rejection rate for asylum requests has almost doubled in Europe in three years from 37% in 2016 to 64% in 2019. As migrants have the legal right to appeal rejections, the number of people waiting in limbo for a final decision is increasing. Those who stay in hiding following rejection risk living an indeterminate period in limbo as ‘illegal’ immigrants.

So far, I have worked in several European countries, including Austria, Belgium, France, Sweden, and the UK, but have had to suspend my travels due to the pandemic. I have been in contact with relevant NGOs and will resume the project, initially focusing on Folkestone.

I am trying to protect the identities of the migrants, but I think that personal stories add layers to the project and give more context to the images; for this reason, my project will include individual stories, but these will not be paired with the portraits.

I would like to bring awareness and empathy to the plight of refugees escaping war, hardship conditions or persecution for a better life. I plan to do this by means of an exhibition of my “Limbo” work and the distribution of my photobooks about my work documenting Palestinian and Saharawi refugees. I would like to reach out to NGOs and find new and interesting ways of bringing awareness to this issue.