Rebecca Vassie’s career began in the UK, she trained at the University for the Creative Arts (UCA) in Rochester, then lived and worked in London in her early twenties, but it was in Uganda that she found her true vocation and her work began to flourish.

We spoke to Adam Barnard, trustee of the Rebecca Vassie Trust, to find out more about Rebecca, her life and her work.

In 2012, aged 27, Rebecca moved to Uganda with the goal of becoming an international photojournalist. Previous experiences travelling in East and South-East Africa had given her an affinity with the continent. And in London, she felt, she was not doing work she believed in: despite some strong portfolio images she was struggling to 'break through' in a crowded field, finding paid commissions limited to low-level corporate jobs, such as assisting on shoots for car adverts.

Arriving in Uganda with no contacts, little more than her camera, her backpack and her wits, she plugged into professional networks, introducing herself to national reporters and foreign correspondents. Rebecca soon established herself as an in-demand photographer, working first for the Daily Monitor, a fiercely independent national newspaper, then for The Associated Press (AP) and international charities. Her work took her from corner to corner of the landlocked nation, and she began to sharpen both her aesthetic and her sense of what mattered.

Rebecca always had an interest in the narratives of the displaced, marginalised and neglected – her final project at UCA documented the impact of industrial decline on communities in the south of England, including striking portraits of an abandoned military aviation factory. Now, in Uganda, she specialised in capturing the lives and experiences of displaced women. Rebecca photographed every major refugee camp in Uganda.

Rebecca came to see high-end editorial photography as a way of putting unheard stories into the public domain. They weren’t always images of oppression – she shot a series of striking portraits of Uganda’s little-heralded Olympic boxing hopefuls, training in a makeshift gym. In 2014 she covered a colourful gay pride march which was taking place against the backdrop of brutal new anti-homosexuality laws and the public ‘outing’ of gay men in a state-sanctioned tabloid newspaper.

She found power and beauty in these images of people affirming and celebrating their identity in the face of violent discrimination. Pursuing the theme further, she began work on a more conceptual series of portraits of members of Uganda’s transgender community, in which the sitter wore a mask onto which their preferred gender-identity was projected.

Rebecca had honed her technique in part by practising commissioned shoots on friends, colleagues and housemates before setting out for the real thing, experimenting with composition and camera settings. She adopted the same approach here, creating test images with a friend, which are in themselves arresting photographs.

She had planned to pitch projects, including documenting the effects of climate change on farmers in northern Uganda and exploring the impact of Uganda's fast-growing sports betting industry. Further ahead she was considering a move to either the Middle East or South Sudan to develop her work documenting the lives of migrants and refugees.

Rebecca had begun making arrangements for the first official shoot with transgender people – a complex process as they would have to be done in secret for the sitter’s safety – but whilst on assignment at a refugee camp in western, she suffered a severe asthma attack, with underlying complications.

She was rushed back to the capital, Kampala, because the facilities at the camp weren’t sufficient to treat her. Tragically Rebecca did not survive the journey. 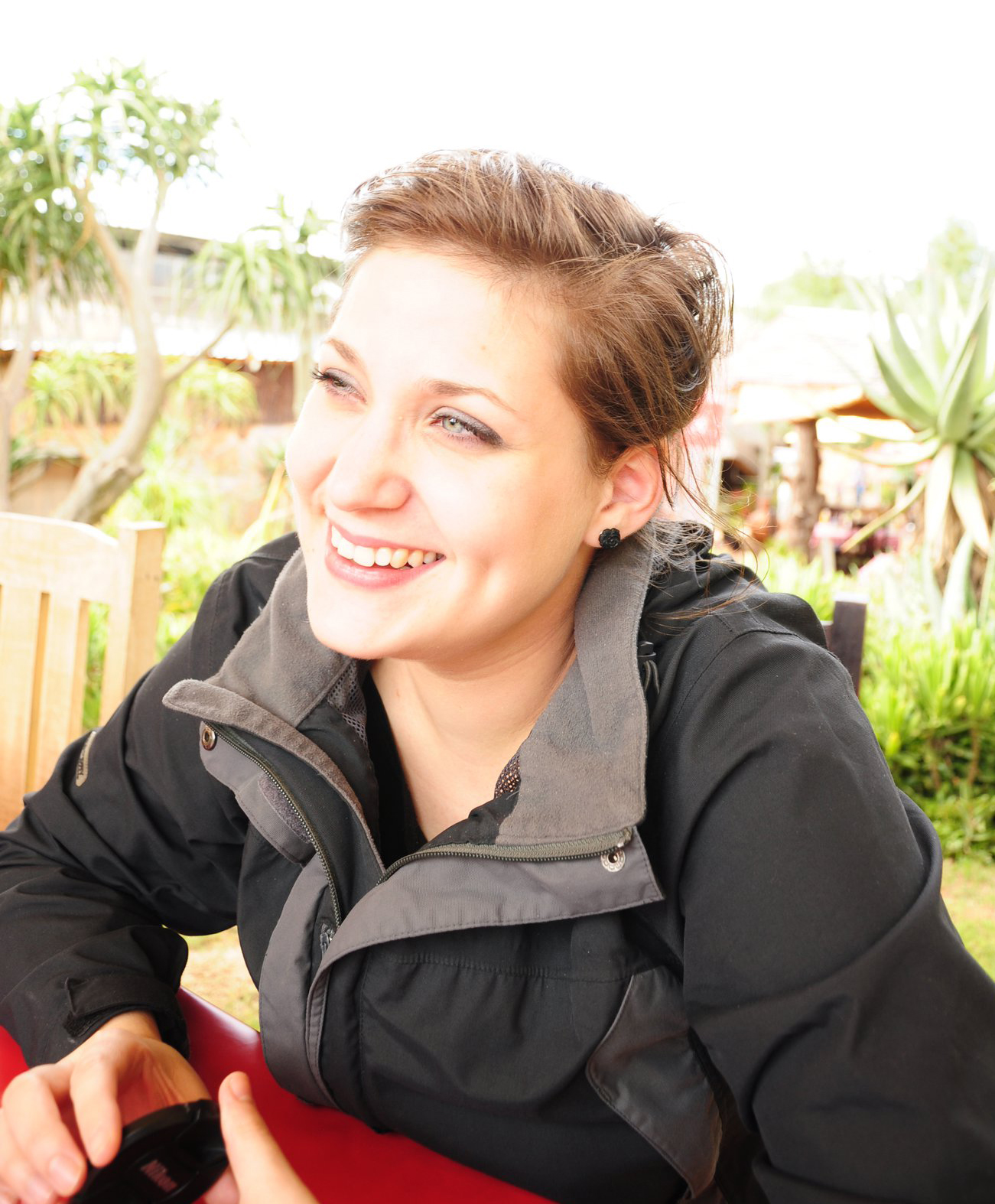 In the aftermath of her death, family, friends and colleagues wanted to do something to honour her memory, preserve and promote her values, and offer other photographers the kind of support from which Rebecca would have benefitted.

The Rebecca Vassie Trust was set up with the twin goals of broadening access to careers in narrative photography and photojournalism, and of promoting photographic work that conveys unheard or marginalised human stories, articulating injustice and the need for social or political change.

The Trust has now launched the inaugural Rebecca Vassie Memorial Award. The award is a bursary of £1,200, plus printing, exhibition and mentorship, for an emerging photographer in the UK to complete a narrative photography project.

Premier printing services are being donated by Metro Imaging, who will also grant the winner a portfolio review with creative director Professor Steve Macleod.

Applicants for the award, who must be either from or based in the UK, are asked to submit a proposal setting out a compelling vision for a photography project with a strong social or political context. The deadline for submissions is Friday, 7 October 2016 at 1700 BST.

The winner will receive a grant of £1,200, plus access to premier printing services at Metro Imaging, including consultation with a master printer, to create of selection of framed images for exhibition in London in March 2017, as well as portfolio prints.

You can find out more and apply here: rebeccavassietrust.org/award 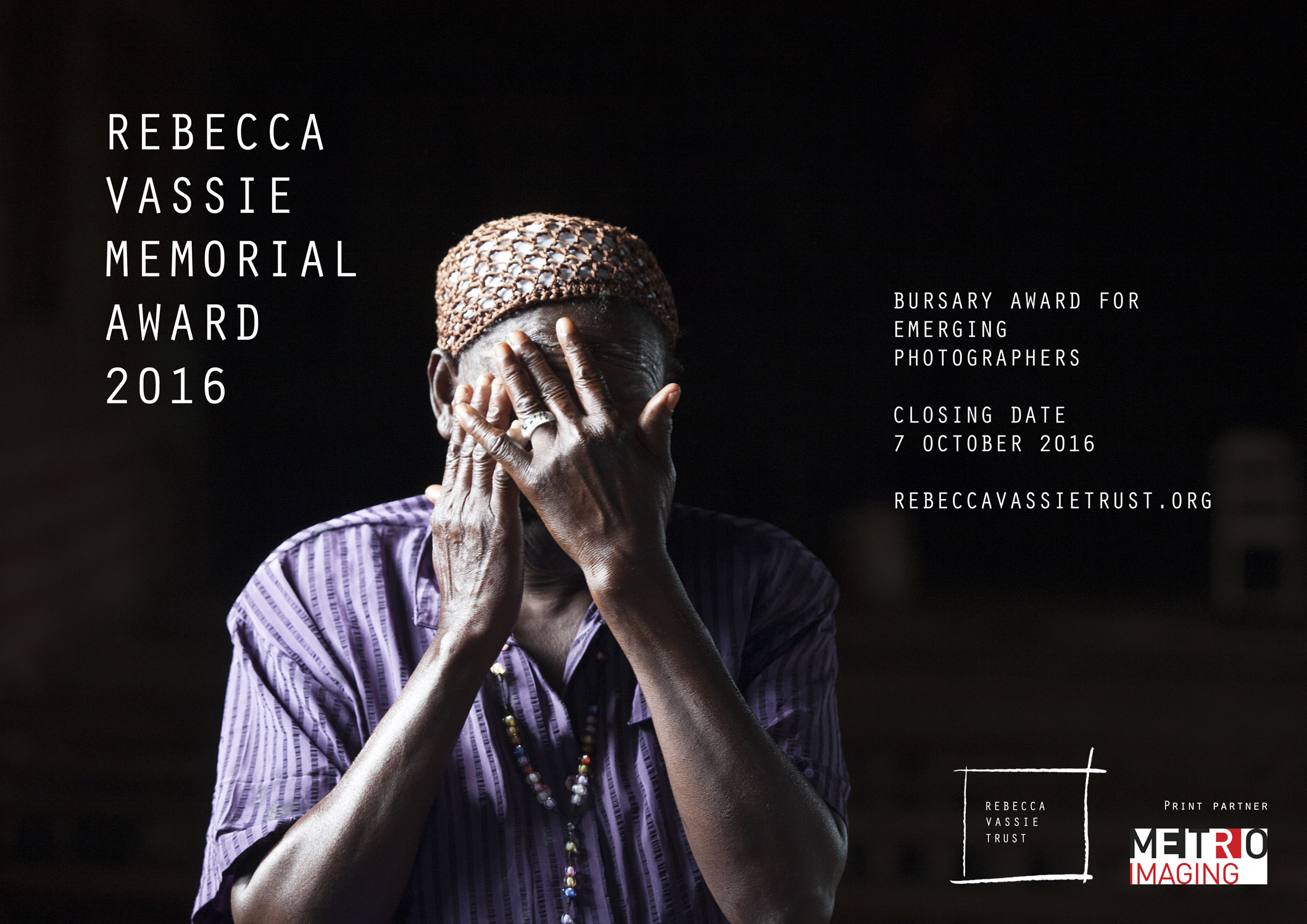