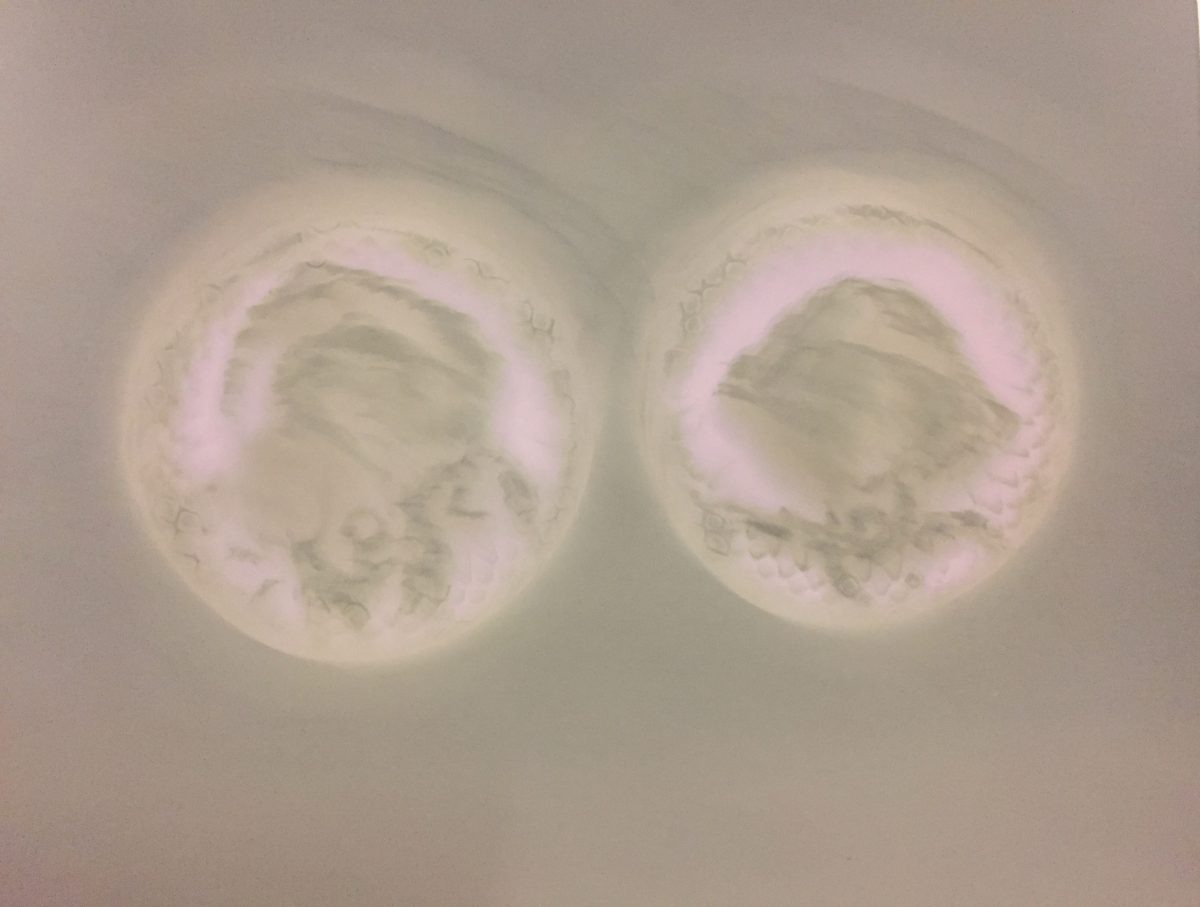 Each summer the RA’s galleries are jam-packed with contemporary art made by internationally renowned artists and exciting new talent. This year, Grayson Perry RA and his committee of fellow artists have handpicked over 1,300 artworks in an array of mediums.

“This piece is from an ongoing series inspired by my ancestors. The Weinheimer sisters were my maternal great grandfather William Weinheimer’s sisters. We think their names were Henrietta and Wilhelmina, I’m told they stayed in Swizterland when William emigrated to the US so I don’t know any one that’s ever met them. I usually work from old photographs but in the sister’s case I had no photographs to refer to so I based them on what I’d heard about them. The process used is unpredictable, which is one of the things I like about it. This piece resulted in rather obscured images, difficult to make out specific features, which works since we don’t know what they actually looked like.”

Paul Hart’s selected image, ‘Caulton’s Cottage’, is from his series and book FARMED.

FARMED documents the Fens, a region of reclaimed marshland in eastern England, which is now one of the richest arable areas of the UK. Paul has been photographing this landscape of agribusiness over the last six years. FARMED explores a wide-open environment – one in which monoculture is at it’s core. It’s a linear landscape comprised primarily of straight lines with a flat horizon. Hart’s narrative pin points the objects that remain, when all that surrounds has been cleared by modern agricultural practice. He conveys nature’s vulnerability within this unsheltered and unprotected environment. Hart’s working method is in the vein of documentary, exploring our relationship to this landscape by highlighting elements that are so often overlooked. He employs the analogue process and traditional darkroom techniques, to convey something of the soulful in a landscape that is rarely considered of any aesthetic interest.