“I’ve always liked the moon. Whether it has any healing qualities, I don’t know, but I’m still in remission with breast cancer and that helped, I find, just looking up and seeing the moon. I often think of how it made me feel to look up and see it peeping through.” Jill

“We’re not the centre of the universe like we think we are. When the first men were sent to the moon, the first images that were sent back of planet earth actually changed our concept of our place in the universe.” Niall

"We grew up in the city, but you enjoy the moon more in the village. Because there’s no electricity, the moonlight gathers everybody and it creates that environment of peace and joy, like a lullaby. Stories are told and the lessons that are drawn from them intrigue children." Felicia

“My first new moon sighting was at Oxford University with an astronomer tutor who took us to the Radcliffe Observatory. Seeing that very thin sliver was an incredible experience. That indirectly inspired the formation of the New Crescent Society to revive the practice of moon sighting.” Imad

"As a child, I was convinced that the moon moved. Just looking at something so big and how it appears in the sky, I'd think it was moving but it wasn't moving – it’s in one position. Amazing how in all the world it’s just this one thing." Margaret

"What I associate most with the moon is moonlight; during the Blitz, that’s when the German airplanes came over because they could see clearly at the time of blackouts." Raymond

“In Japan, on a full moon, we say there’s a rabbit making, you know, sticky rice. But in the US, you literally say it’s a man on the moon, like you see a face. Cultural differences." Kenei

“I always look at the moon as part of nature and part of wellbeing. You know certain moons deal with mental health so on a full moon I am more irritated and more possessive. Then on a quarter moon or a half moon less active.” Debra

“I gave birth to a child under a full moon. When I see a full moon today, I always recall that day. When I was pregnant, there were lots of guests at home. That was my first child and I was young and I felt very shy and I just went to the corner of the garden and gave birth on my own.” Min

“We had a party the night before, so we just stayed up. At about 3 or 4 o’clock in the morning UK time, when Neil Armstrong first set foot on the moon, we were all gathered around a very small black and white television watching it.” Steve

“My mum used to tell me stories about him. She used to tell me if we weren’t very good, someone would come down in a net from the moon. That’s what my overarching memory of the moon is! There’s a face, and there’s a man up there. My own sons love the moon.” Kathryn

"My mother named my daughter Halla – in English it means halo: it’s when the moon is full and it’s at its brightest the glow that seems to illuminate behind it. Sometimes, when I’m on the bus or driving, I see it and remember my daughter." Iman

"An extended flirtation between moon and sun, a dance about symbols which unite and distinguish them in the true way of complementary opposites: forever connected and forever different.” Sara

“I’ve always liked the moon. Whether it has any healing qualities, I don’t know, but I’m still in remission with breast cancer and that helped, I find, just looking up and seeing the moon. I often think of how it made me feel to look up and see it peeping through.” Jill 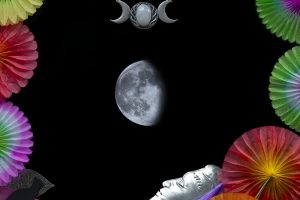 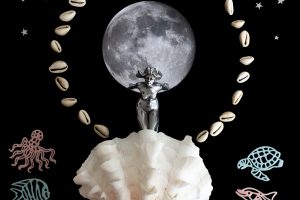 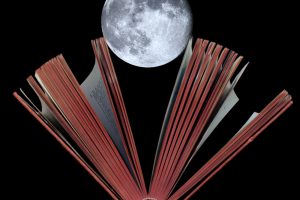 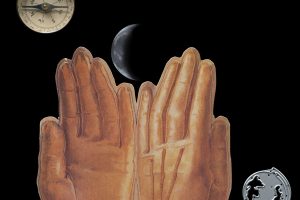 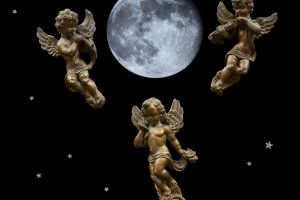 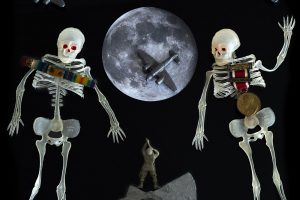 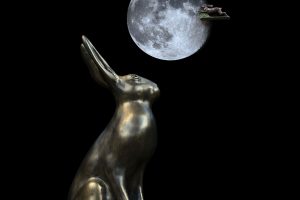 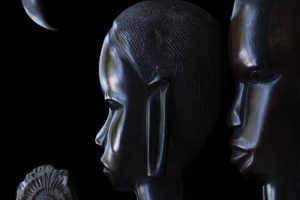 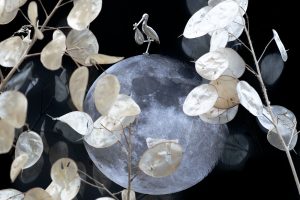 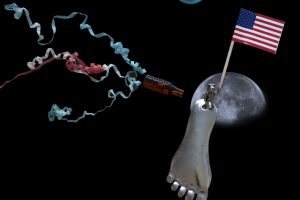 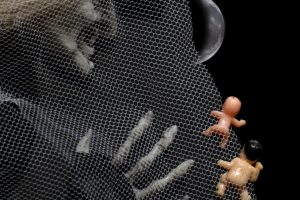 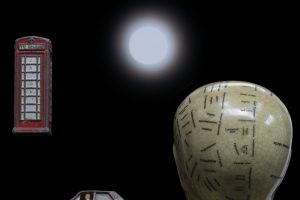 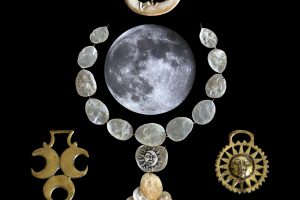 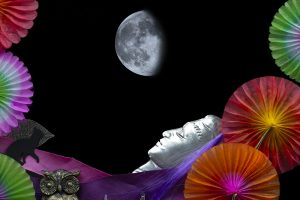 My work explores the contemporary practice of magical belief and folklore.  Mummers, Maypoles and Milkmaids: A Journey through the English Ritual Year (2011) published by Merrell received the runner-up Katharine Briggs Folklore Award in 2012, and the exhibition is being toured by the Horniman Museum.  Group shows include The Ballad of British Folklore, Christie’s in London, 2016, Collective Observations: Folklore and Photography from Benjamin Stone to Flickr, Towner Gallery, Eastbourne, 2013 and I:MAGE 2014 – Travelling with Unfamiliar Spirits, The Cob Gallery, London.  My work has been featured on the BBC, and in The Guardian and The Sunday Times among others.  Of Shadows: One Hundred Objects from the Museum of Witchcraft and Magic (2016) published by Strange Attractor, received an Honorary Mention in the International Award for Photography.  Recent awards and nominations; 2019 British Photography Awards, Shortlisted Documentary Photography, 2019 Honorary Winner 14th and 13th Julia Margaret Cameron Award, 2018 British Life Photography Awards: Shortlisted Urban Photography, and Photojournalism.