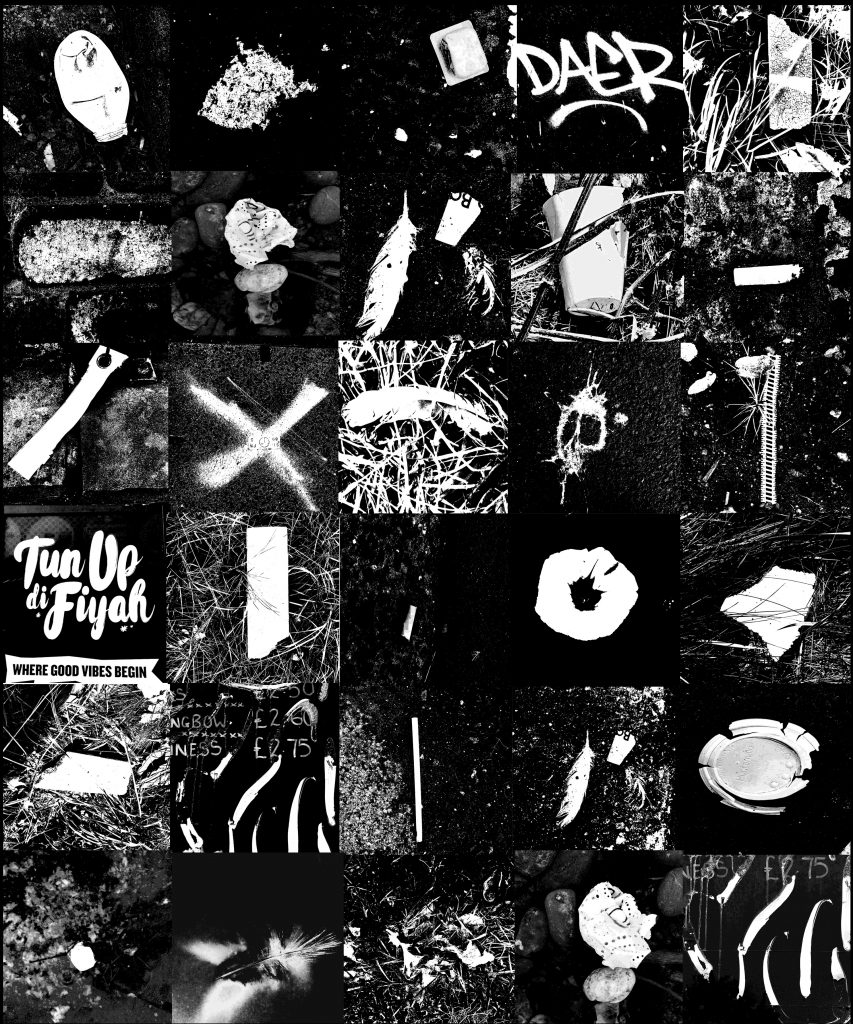 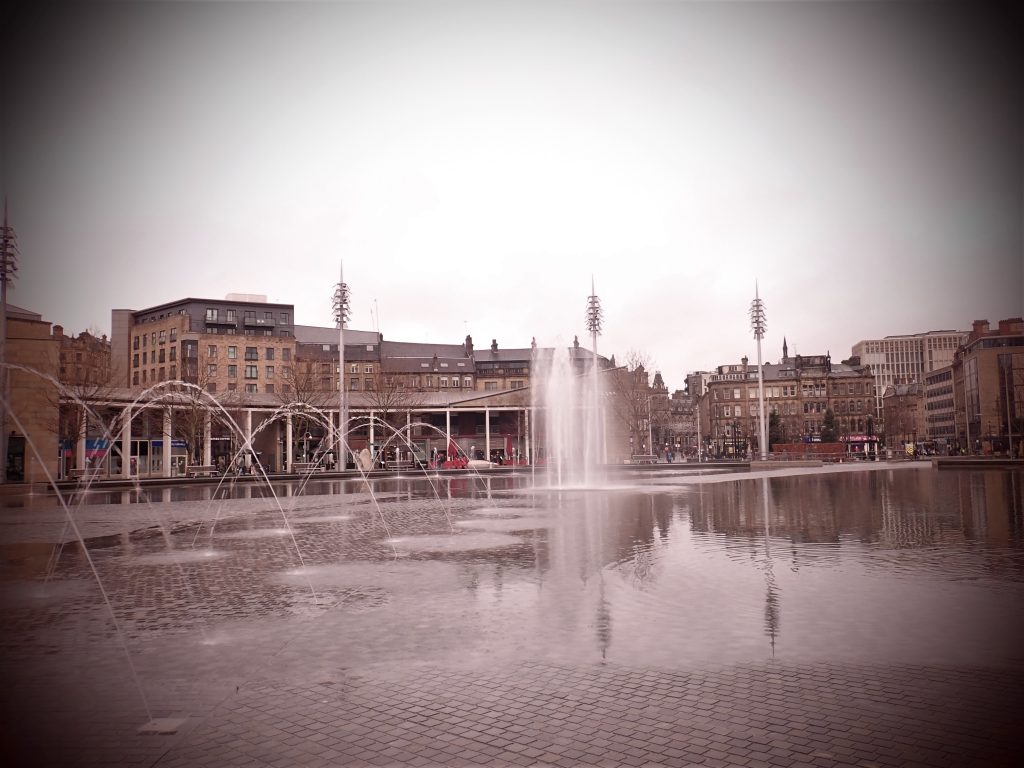 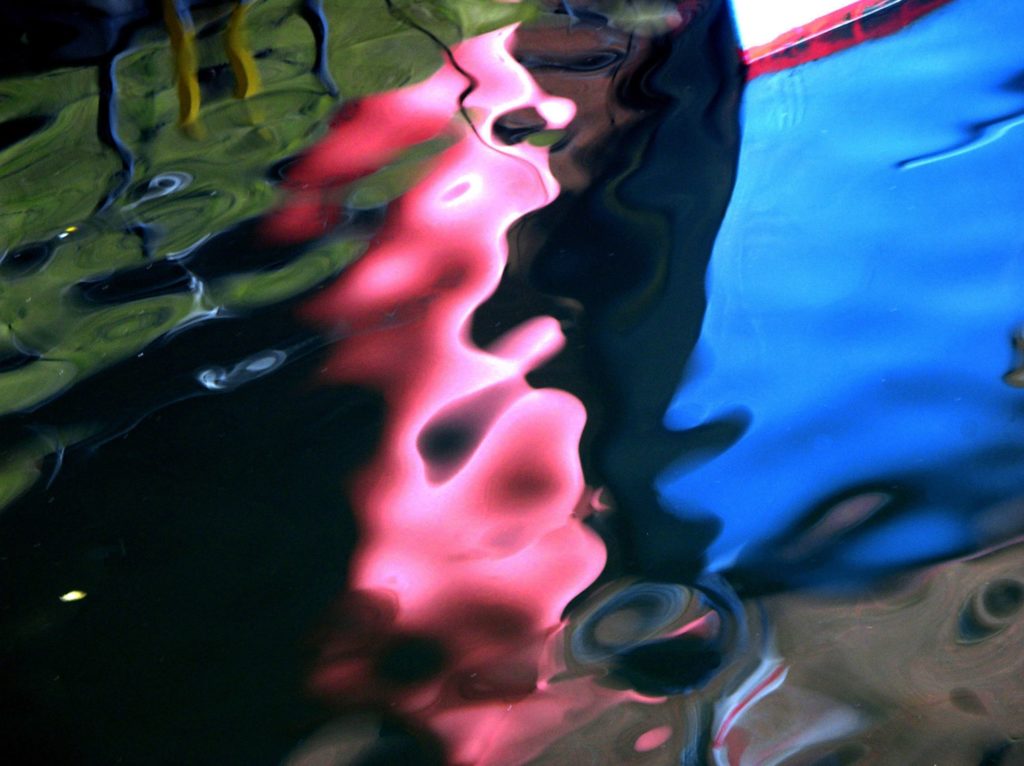 Digital image of reflections on water of a boat and big pink/red colour of the columns on the quay side. 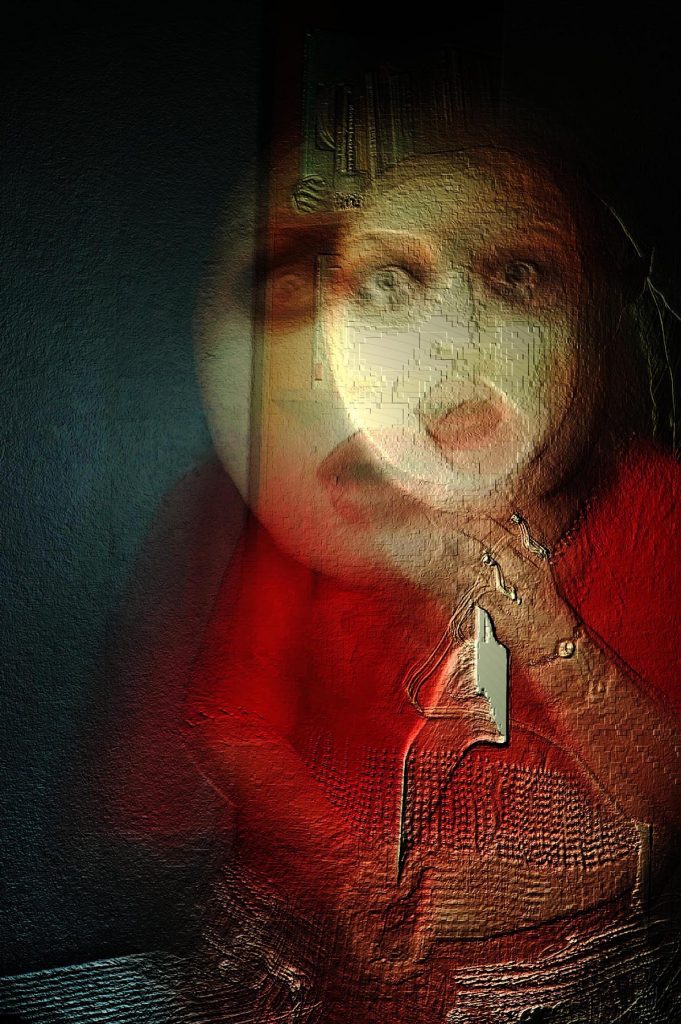 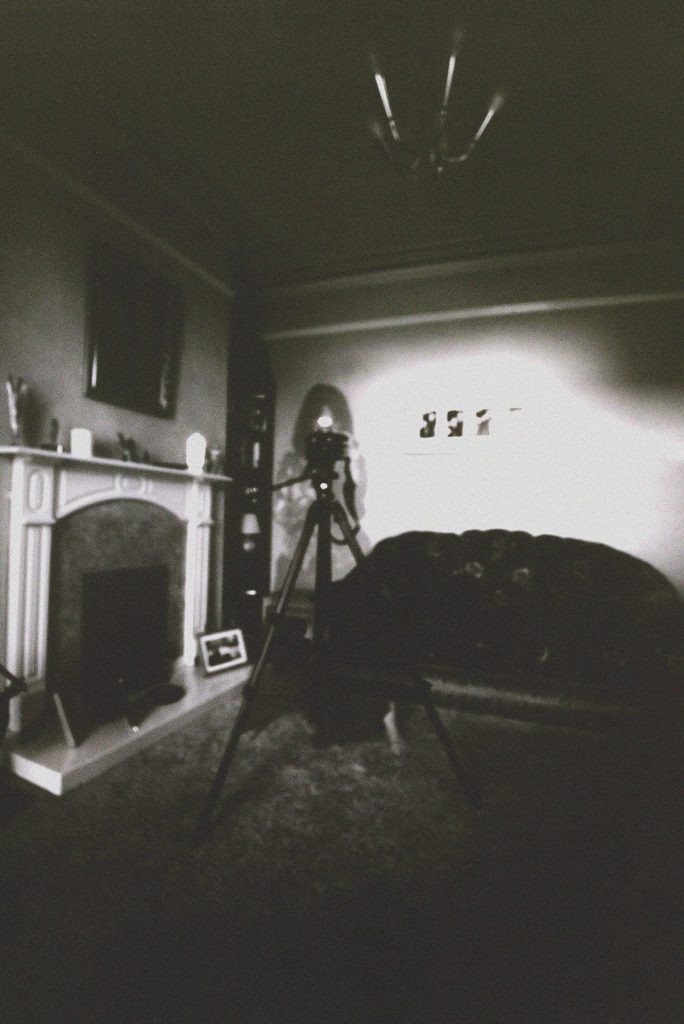 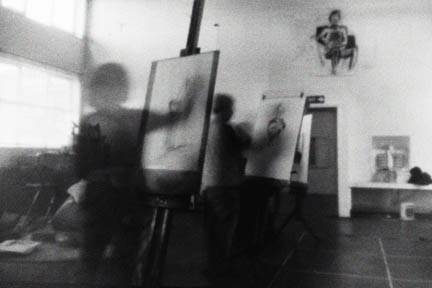 Thi s image was taken using a pinhole camera, whilst on an AA2A project at Bradford college. The point of the project was to follow staff and students around the college taking images with various pinhole cameras. 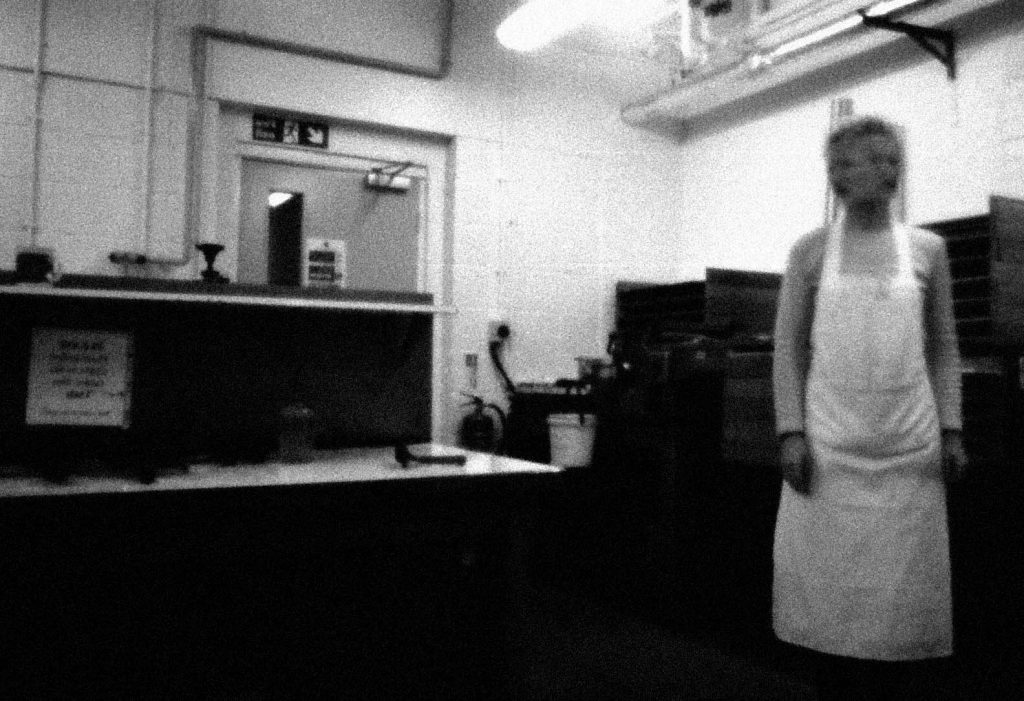 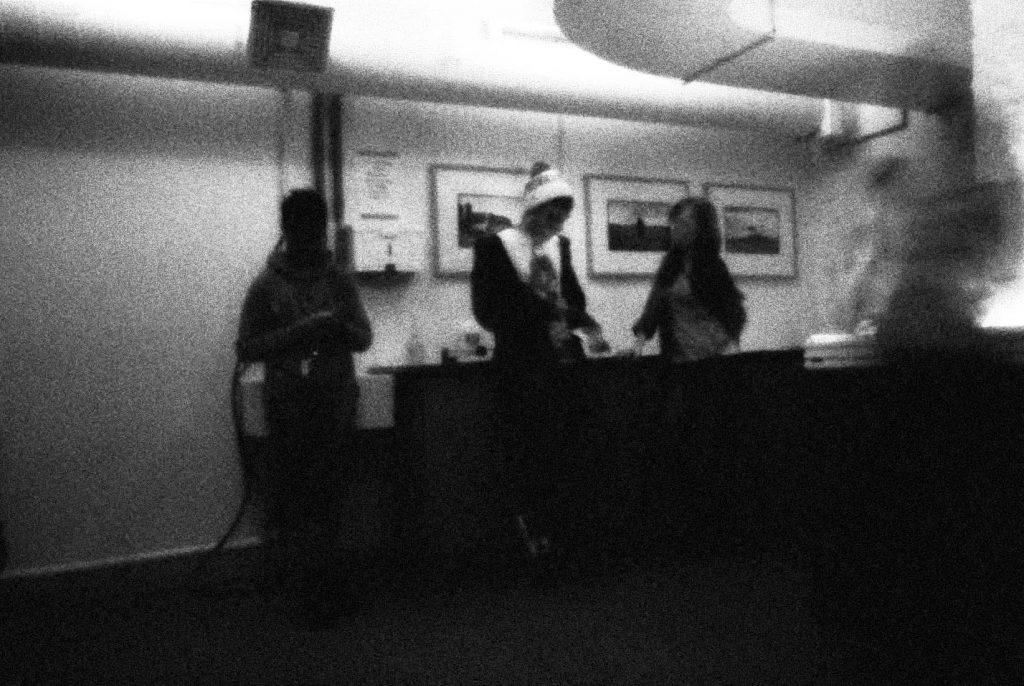 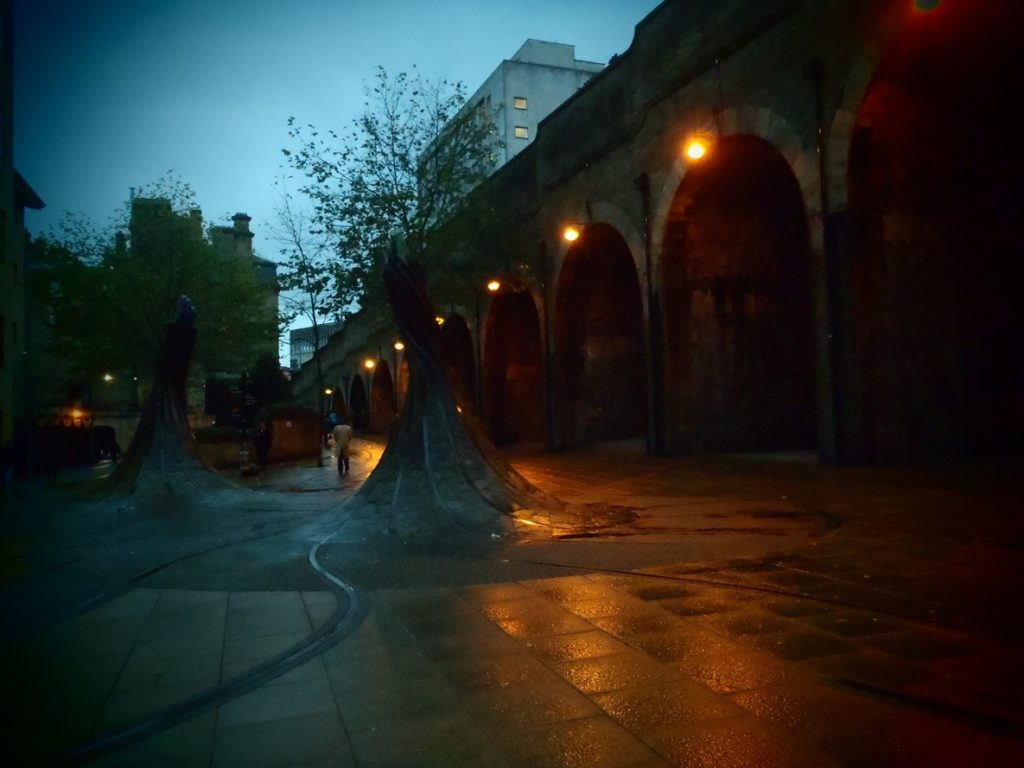 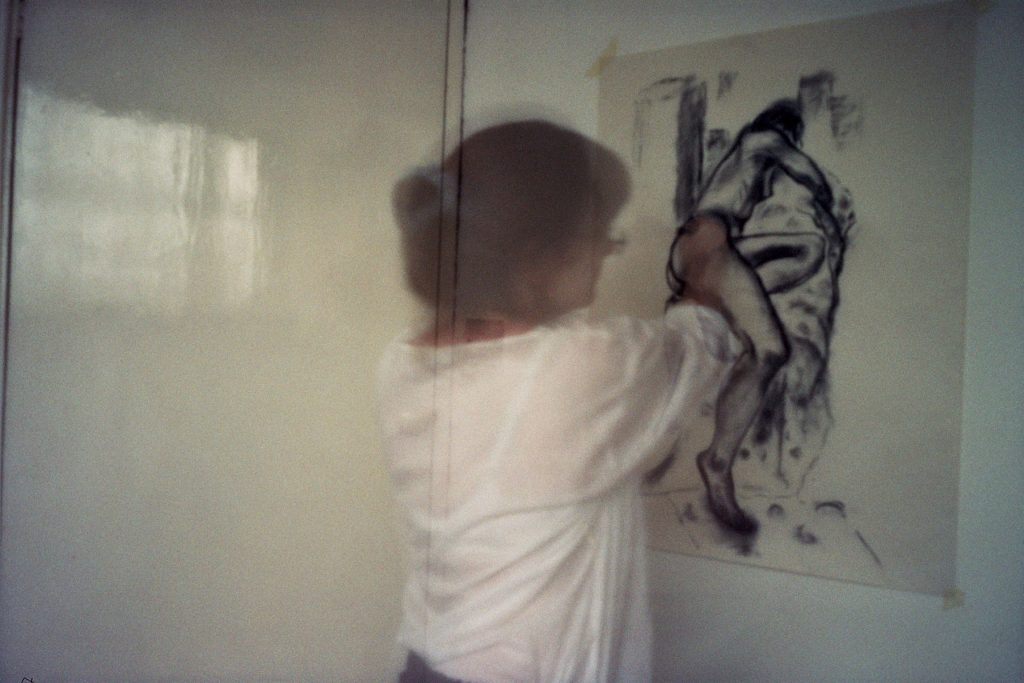 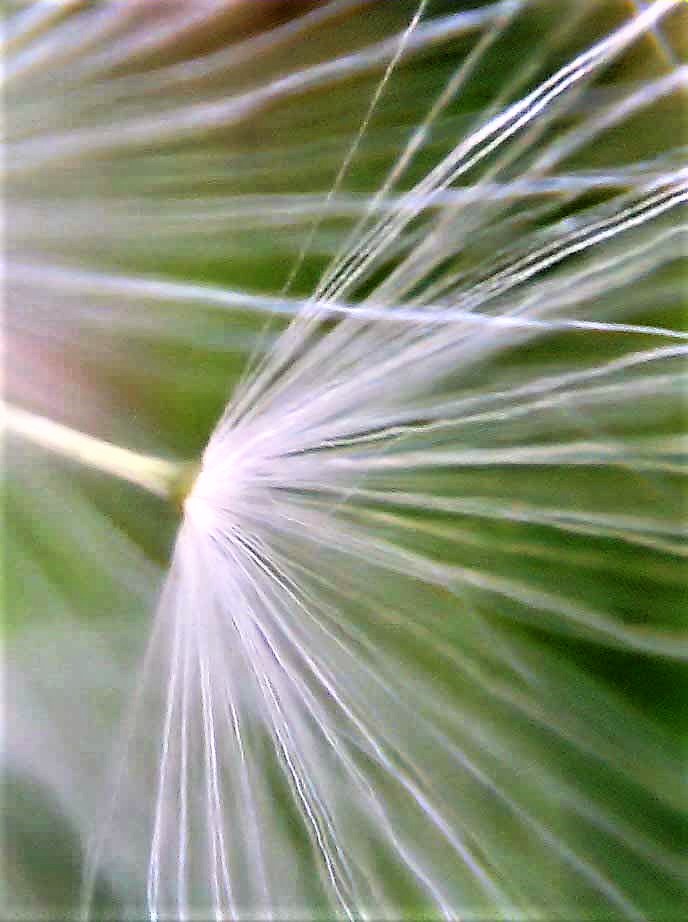 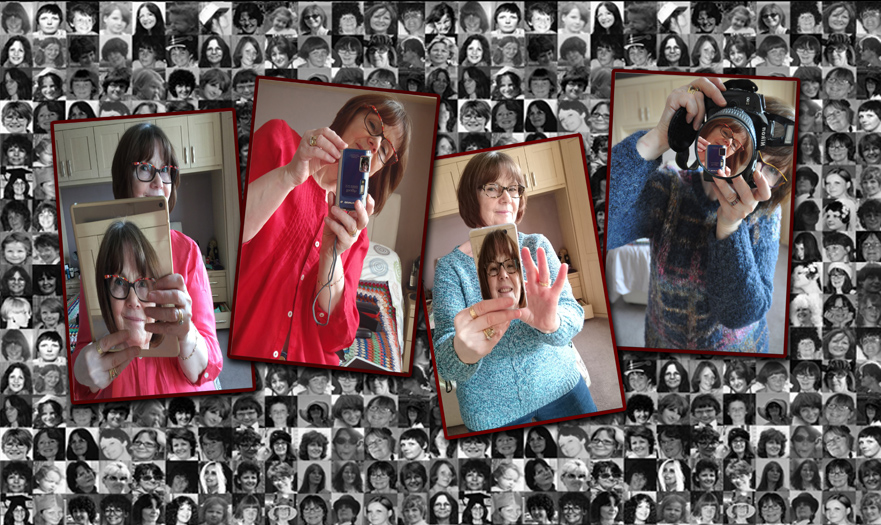 This image was for a selfie project. I used photographs from my childhood up to the present for the background. I then used modern technology to take a number of selfies that were then worked on in photoshop and placed onto the background

I spent hours covering cardboard letters with small bracelets that I made using loom bands, I then used a clothe background and photographed each one individually and used photoshop to stitch them together. 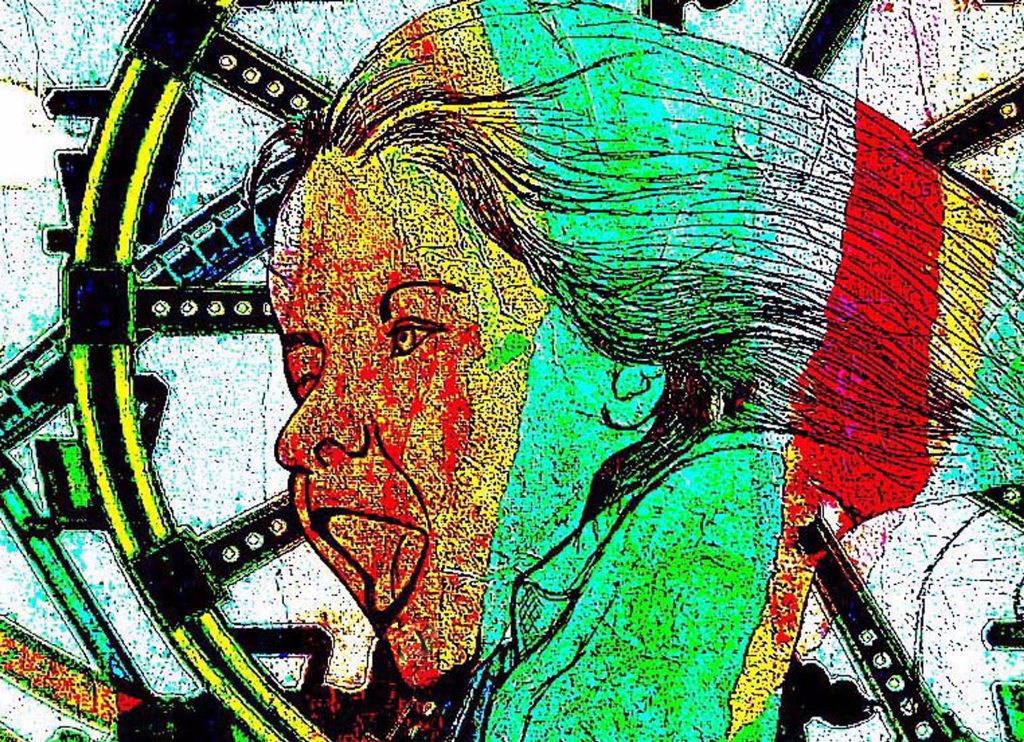 The base of this image is a drawing on a collage of coloured tissue paper then photographed and worked in photoshop with a photographic image of the fun fair in the background. 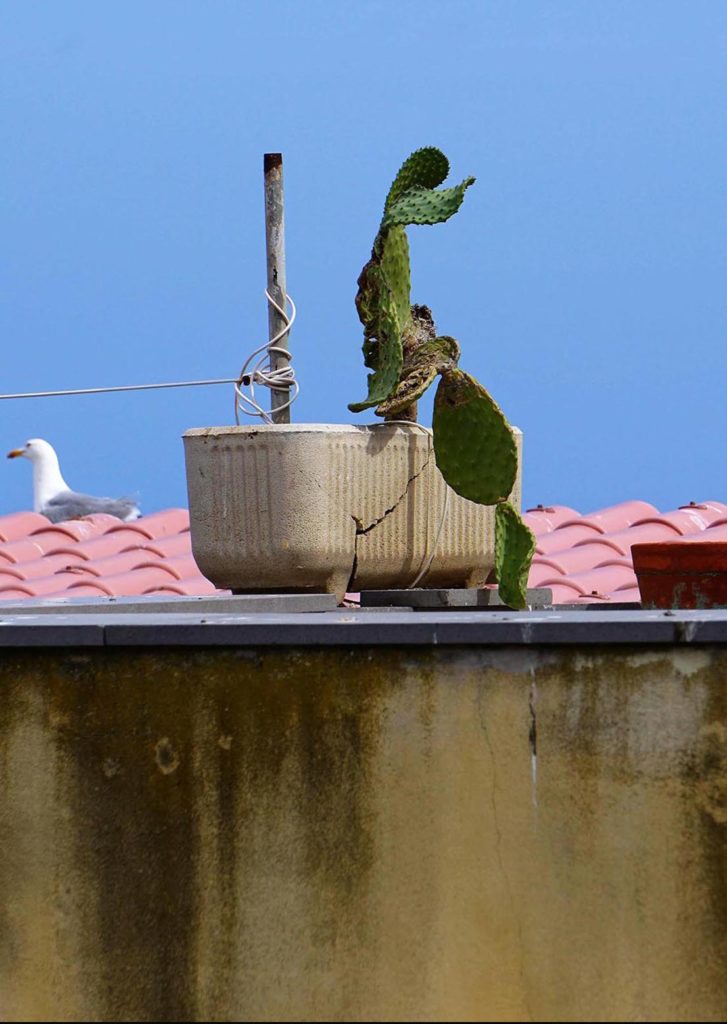 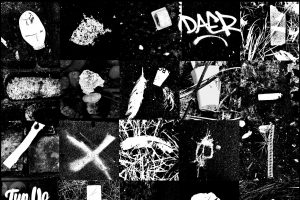 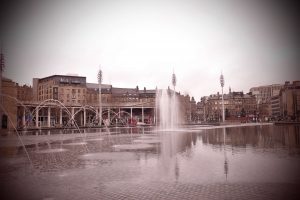 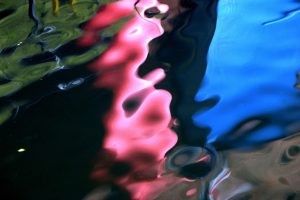 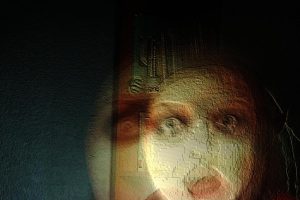 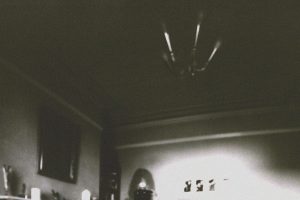 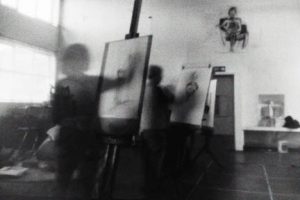 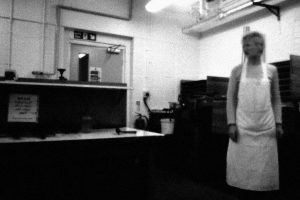 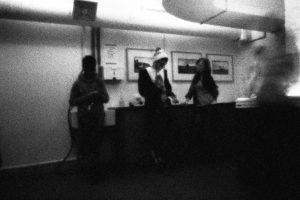 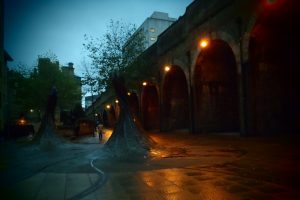 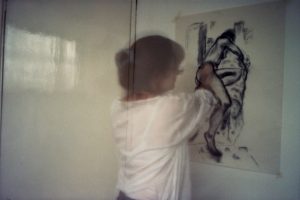 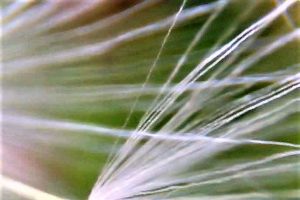 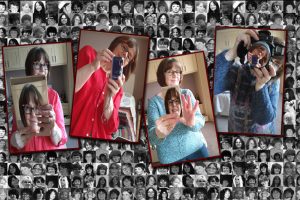 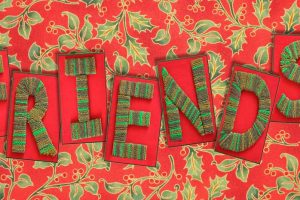 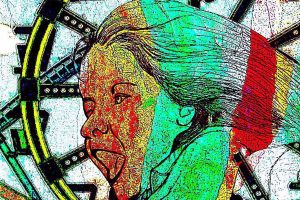 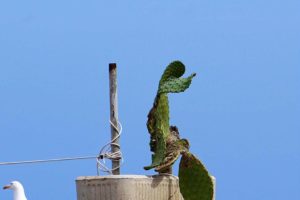 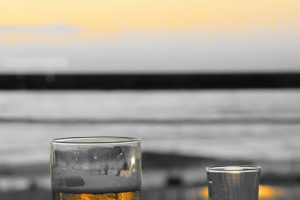 I enjoy experimenting with photoshop, I love digital cameras and some of the effects possible within the camera itself, and the instant access that they allow.

I like to experiment with using different media as a base for an image such as drawing and painting and scanned objects.