contrasting their real lives with that of their 'Tribute' Alternate Persona.

The FORMAT John E Wright Award 2016 has been awarded to Jonathan Turner.

The project entitled 'Street Studio' is a project (supported by Leeds Inspired, and a local arts organisation called East Street Arts) aimed to document, and celebrate diversity in the Chapeltown area of Leeds. “Chapeltown is an inner-city community that boasts over 70 different spoken languages, alongside a reputation for high unemployment and crime rate, which has been difficult to shake off.” As a resident of this area Jonathan Turner wanted to produce a body of work which celebrates the vibrancy of the community.

“The project, which was all shot using a large format plate camera, and portable studio flash, was something of an experiment for me; I realised all my favourite portrait photographers (August Sander, Richard Avedon, Rineka Djikstra) used this kind of camera, so I wanted to see how it would affect the way I worked. The result was pleasantly surprising – it made me think much more about my compositions and technique. And it also worked really well as a means of engaging the public – people wanted to know what it was all about and wanted to be involved.”

“Originally I'd intended to just photograph people on the streets in the area, by setting up a kind of portable 'studio', but found it easier to include certain sections of the community by taking the studio to them; churches, mosques, Sikh Temple, as well as social clubs and schools etc. The resulting work is a typological survey of the community, with each portrait receiving similar treatment (creating an equality between each subject).”

On his reaction to Winning the Award: “As to why I won it I'm afraid I've no idea, I guess you'd need to ask the people who selected me, but I can say I'm really excited about being awarded it. I'm really looking forward to getting some great prints done, but I am particularly pleased about being picked out at an event such as Format – where there's so many other great photographers work on show.”

To see more work by Jonathan Turner visit the website.

In addition Silje Lovise Gjertsen and Michael Hunter were the joint winners of the Shutter Hub Award at this year’s Format Portfolio Review Awards. To find out more and read the article click here.

You can find out more about Format Festival here. 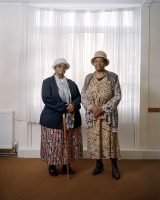 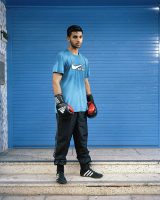 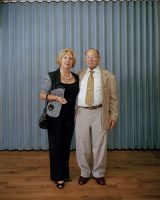 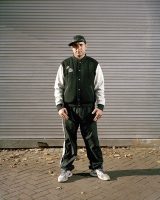 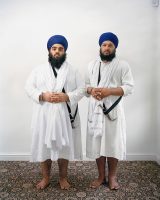 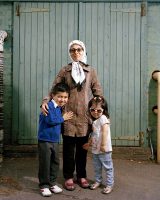 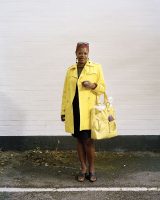 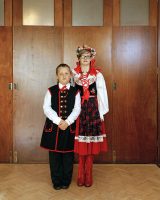 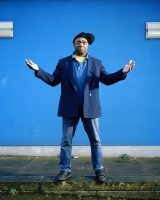 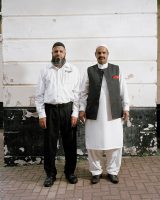