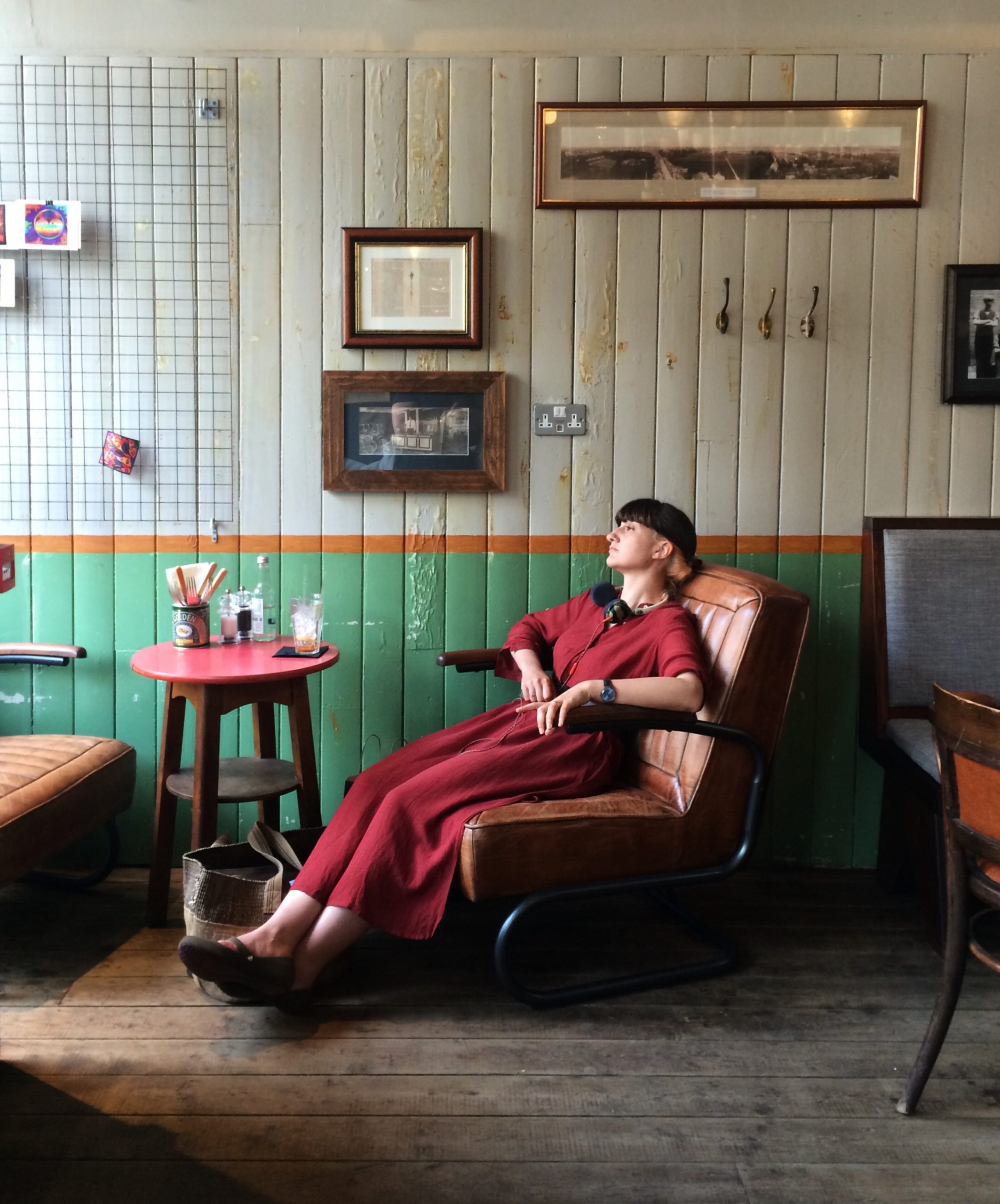 Shutter Hub and the Old Girl’s Club have teamed up to bring a series of exciting photographic events to St Margaret’s House in East London, as part of Photomonth.

Launching on Thursday 6th October with a special opening reception and introductory talk, the series of events aim to give an alternative insight into the culture of the female in the 21st Century.

EXHIBITION: Girl Town (Celebrating the Culture of the Female in the 21st Century)

A selected exhibition of photography celebrating the culture of the female in the 21st Century.

Curated by Shutter Hub and the Old Girls Club through the open entry Instagram call out #girltownPM (entry until 16 Sept, see here for info), a shortlist of the most relevant and significant entries will be exhibited in the East London gallery space of St Margaret’s House.

In addition, a people’s choice winner, selected over the course of the exhibition, will be awarded with a photographic prize from our print partners Metro Imaging.

Jane Bown’s elegant, calm and unassuming presence, combined with fun sense of humour, enabled her to create stunning and intimate portraits. Renowned for her portraiture, including subjects such as Queen Elizabeth II, Henri Cartier-Bresson, John Lennon and Margaret Thatcher, her social documentary and photojournalism was mostly unseen before 2007.

“Jane Bown revelled in referring to herself as a “hack”, but the characteristic self-deprecation hinted at a much greater truth. Jane’s reputation as one of the United Kingdom’s pre-eminent portrait photographers is not in doubt but it has tended to eclipse the diversity of her work. Over the course of more than six decades taking photographs for the Observer, Jane worked in all areas of photojournalism – everything from fashion shows to strikes to demonstrations to dog shows to archaeological digs to beauty pageants to celebrity trials to sex workers.”  – Luke Dodd, The Observer.

“Jane Hope Bown CBE (13 March 1925 – 21 December 2014) was an English photographer who worked for The Observer newspaper from 1949. Her portraits, primarily photographed in black and white and using available light, received widespread critical acclaim and her work has been described as “a kind of English Cartier-Bresson.”  – Wikipedia

PANEL DISCUSSION:  Past & Present: The Women Who Influenced Us

Wednesday 19th October | 6.30pm – 9pm
Free entry. Limited Spaces. Please RSVP to info@shutterhub.org.uk
Following on from the insight into the life and work of acclaimed photographer Jane Bown, our panel of industry experts will discuss and share their thoughts on the photographers who they feel have not only influenced them, but have influenced society on a whole.

Full-time creative and parent? Full-time creative and night-shift worker? Full-time, no time for anything, and sick of missing out on industry photography and networking events? We hear ya!
As part of our Photomonth residency we’ll be hosting a creative coffee morning for those of you looking to discuss work, brainstorm ideas, or just look for feedback on projects.

RSVP if you think you can make it: info@shutterhub.org.uk

FILM SCREENINGS: Throughout October they will be screening a series of documentaries that relate to the Girl Town theme at Chapel Cinema,  the pop up cinema at St Margaret’s House in Bethnal Green. Their aim is to show exciting, beautiful, timeless films from a whole range of different genres, decades and countries.

Finding Vivian Maier is the critically acclaimed documentary about a mysterious nanny, who secretly took over 100,000 photographs that were hidden in storage lockers and, discovered decades later, is now among the 20th century’s greatest photographers. Directed by John Maloof and Charlie Siskel, Maier’s strange and riveting life and art are revealed through never before seen photographs, films, and interviews with dozens who thought they knew her.

Maier’s massive body of work would come to light when in 2007 her work was discovered at a local thrift auction house on Chicago’s Northwest Side. From there, it would eventually impact the world over and change the life of the man who championed her work and brought it to the public eye, John Maloof.

Born Into Brothels is a documentary about the inspiring non-profit foundation Kids With Cameras, which teaches photography skills to children in marginalized communities. In 1998, New York-based photographer Zana Briski started photographing prostitutes in the red-light district of Calcutta. She eventually developed a relationship with their children, who were fascinated by her equipment. After several years of learning in workshops with Briski, the children created their own photographs with point-and-shoot 35 mm cameras. Their images capture the intimacy and colour of everyday life in the overpopulated sections of Calcutta.

Devoted as Briski and Kauffman are to their dream, they remain realistic and document an element of life in a third world country that is illuminating. This is a touching film without being maudlin, beautiful without ignoring reality.

A revealing portrait of this most self-effacing but great portrait photographer emerges through conversation, anecdote and candid reflection. In the almost six decades that Jane Bown worked for the Observer newspaper, she became renowned for insightful, highly individualistic portraits of the famous. Some of these portraits are now regarded as classics of the genre – Samuel Beckett, Queen Elizabeth, the Beatles, Bertrand Russell, Mick Jagger, Margaret Thatcher, etc. Bown’s great mantra is, ‘photographers should neither be seen nor heard’. Diminutive in stature and with an all-important ability to blend into the background, Bown was the antithesis of the Fleet Street, macho photojournalist. This feature documentary is a beautiful portrait of both Jane Bown, her determination to succeed in an almost exclusively male world, and her process of working as a photographer. It includes interviews with Rankin, Nobby Clark and Don McCullin, and her many iconic photographs of the great and the good (and a few bad) of the twentieth and twenty first centuries.

As one of the world’s preeminent photographers, Sally Mann creates artwork that challenges viewers’ values and moral attitudes. Described by Time magazine as “America’s greatest photographer,” she first came to international prominence in 1992 with “Immediate Family,” a series of complex and enigmatic pictures of her own children. This work, and the controversy that followed it, was chronicled in Steven Cantor’s award-winning short film, Blood Ties.

What Remains returns to follow the creation of Mann’s work revolving around various aspects of death and decay. Never one to compromise, Sally Mann reflects on her own personal feelings toward death as she continues to examine the boundaries of contemporary photography. Shown at home on her family farm in Virginia, she is surrounded by her husband and now-grown children, and her willingness to reveal her artistic process as it unfolds allows the viewer to gain exclusive entrance to her world.

Spanning five years, What Remains contains unbridled access to the many stages of Mann’s work, and provides a rare glimpse of an eloquent and brilliant artist.

St. Margaret’s House is a unique charity supporting community, good works, creativity & wellbeing in Bethnal Green. Their projects anchor them in the community, providing spaces for residents to eat, shop, learn, create, and enjoy a diverse cultural programming. The buildings are home to more than 30 community organisations and charities that rent space on the premises and many others that hire rooms for their meetings, training sessions, and events.