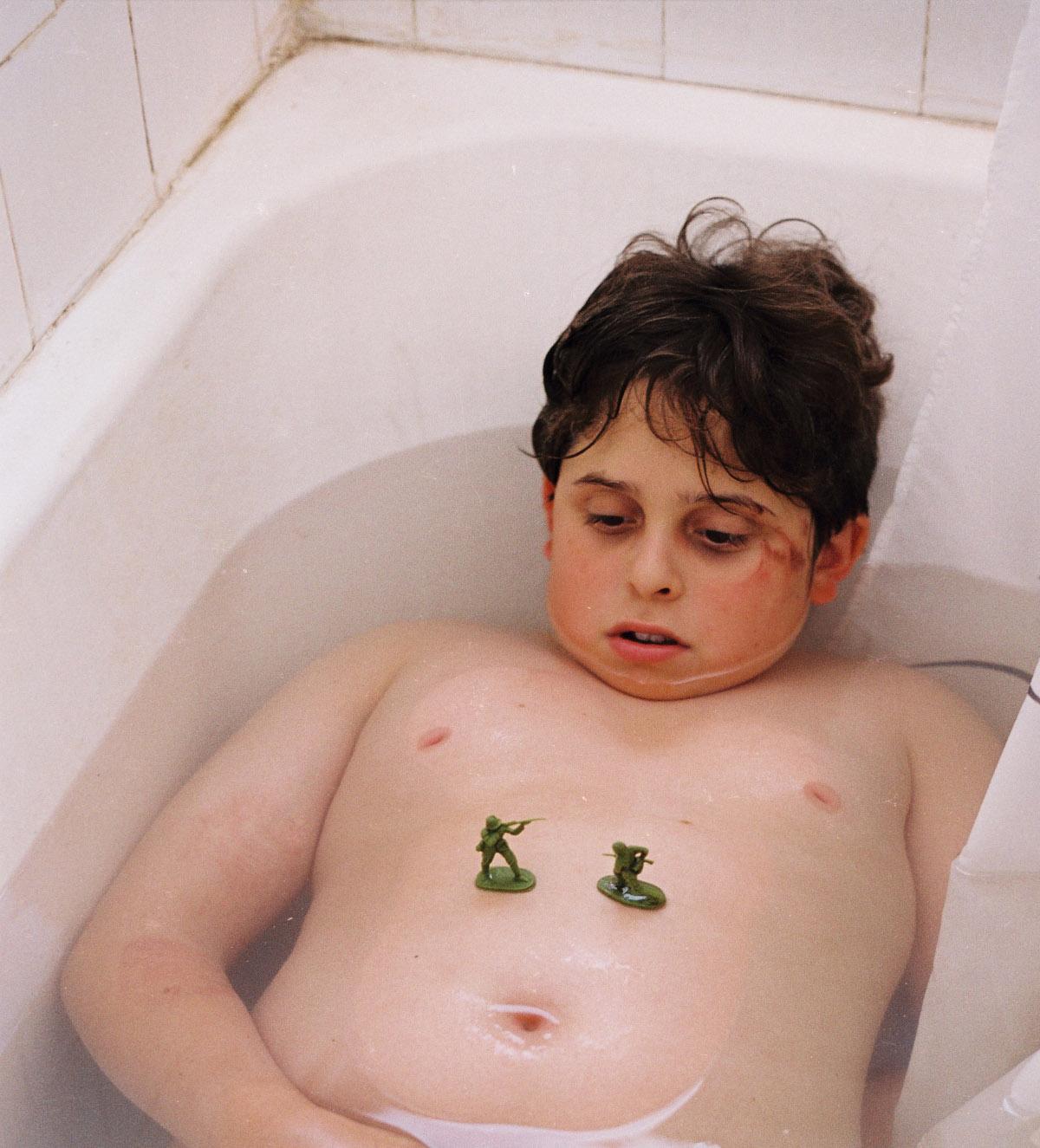 Miri Nishri, (born 1950, Colombia), is an award winning visual and video artist based in Tel-Aviv, where she works and teaches. Her works, ranging from video and installation to painting and photography, have been shown in museums, galleries and festivals in Israel and around the world.

We met Miri at the Girl Town launch in Tel Aviv, we stayed in touch and she shared her project ‘Land in Labour’ with us. At once intimate and personal, as well as deeply political, the work really resonated with us, and we wanted to share it. So here’s Miri, talking through ‘Land in Labour’ in her own words… 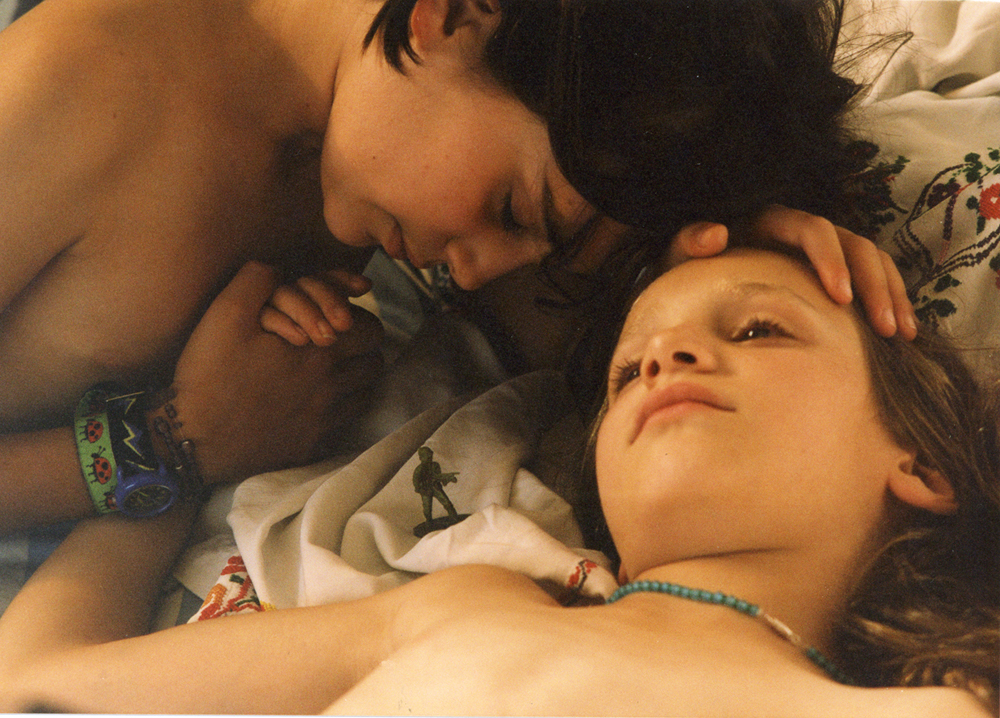 The photos in the series ‘Land in Labour’ distinctively deal with a mother's anxiety in the Israeli reality, while utilising national symbols such as the Star of David or the flower Red Everlasting, nicknamed in Hebrew “Blood of the Maccabees”, which is used as a symbol for Israeli casualties of war. The work on this series started at a time of apocalyptic desperation in Israel, as the peace process which started in Oslo, deteriorated into nothingness and the second Intifada was born. Many of the photos show scenes of miniature violence on the exposed bodies of young children. The scenes are composed of toy soldiers and various dolls, fighting over the limited and vulnerable territory of the innocent, virginal body. 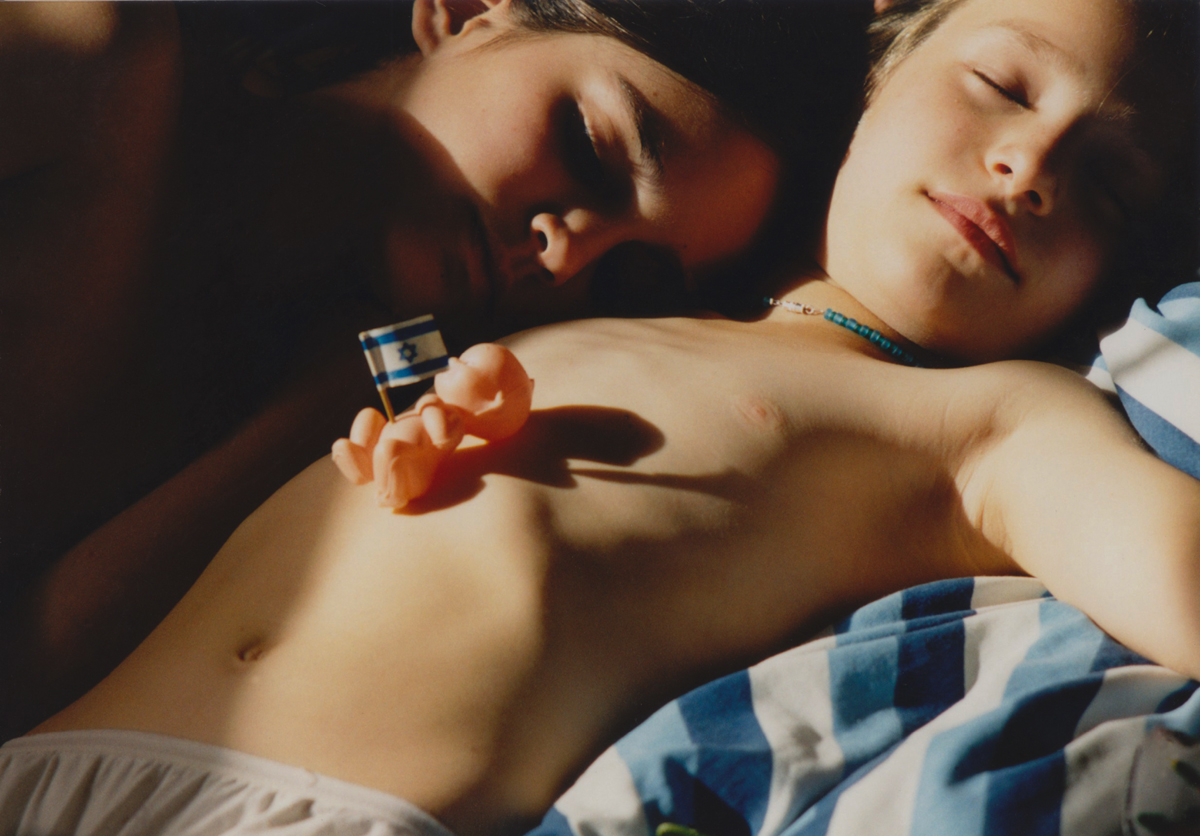 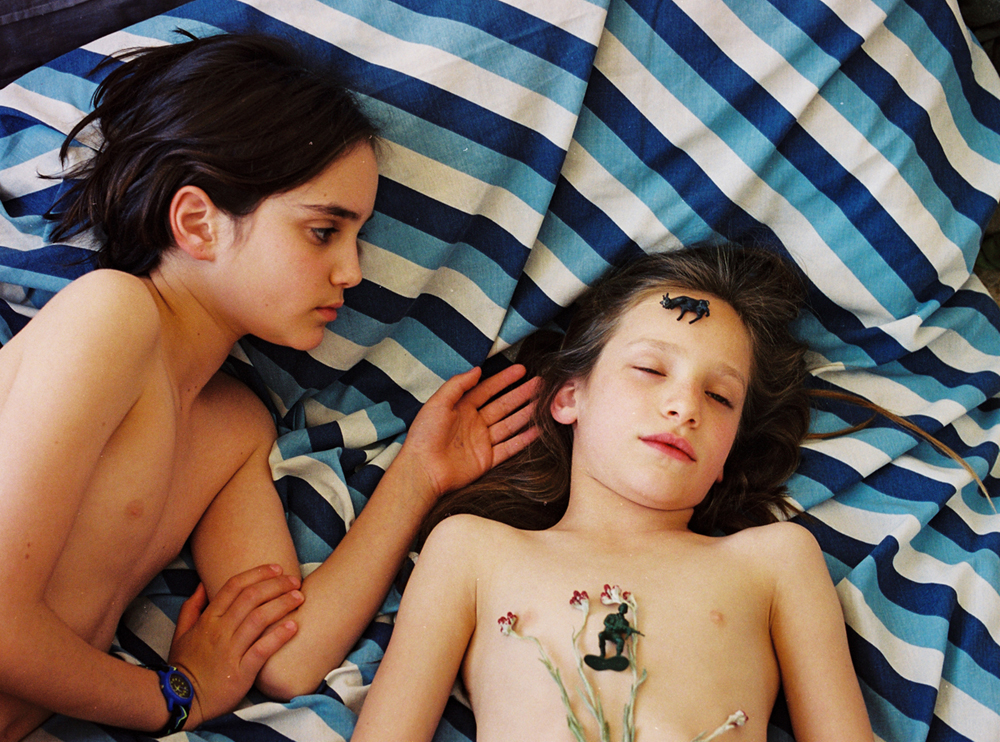 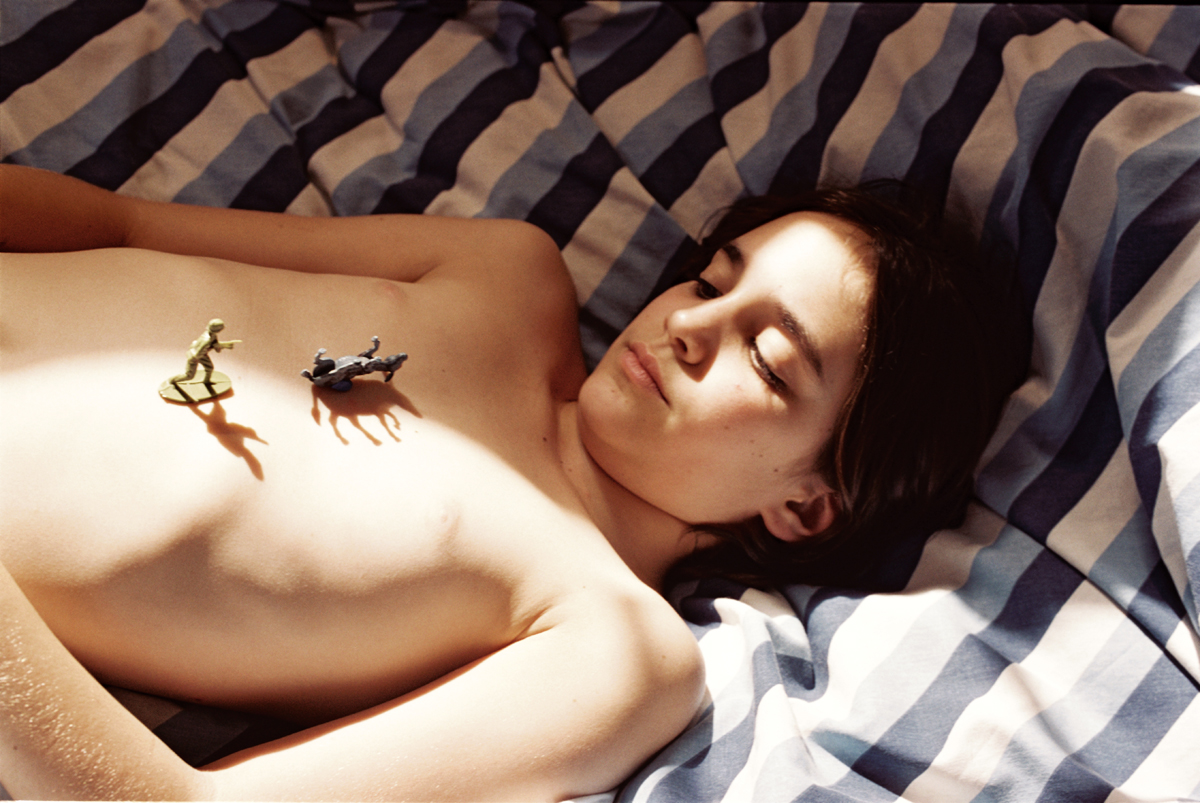 The pictures show my son, Nimrod, and the daughters of close friends, who are of a similar age. They were shot in a cosy intimate atmosphere which sheds a light on the tension between the private and the public in the Israeli atmosphere in which every child is judged as a potential soldier. Nimrod is seen in the picture as a chubby and vulnerable child with a black eye, lying in the tub, in the seemingly safe realm of the home. He stands in contrast to the biblical character of Nimrod, present in Israeli culture as a symbol of manhood and readiness, and presents an alternative that is always present in a mother's eyes – seeing her son as someone who requires protection, care and a warm bath.

Other photos in the series show dead flies and Blood of the Maccabees flowers arranges on baby clothes in the shape of the national symbols of Israel, a country which continuously charges the highest price from us all, in defence of its undefined and illusive borders. 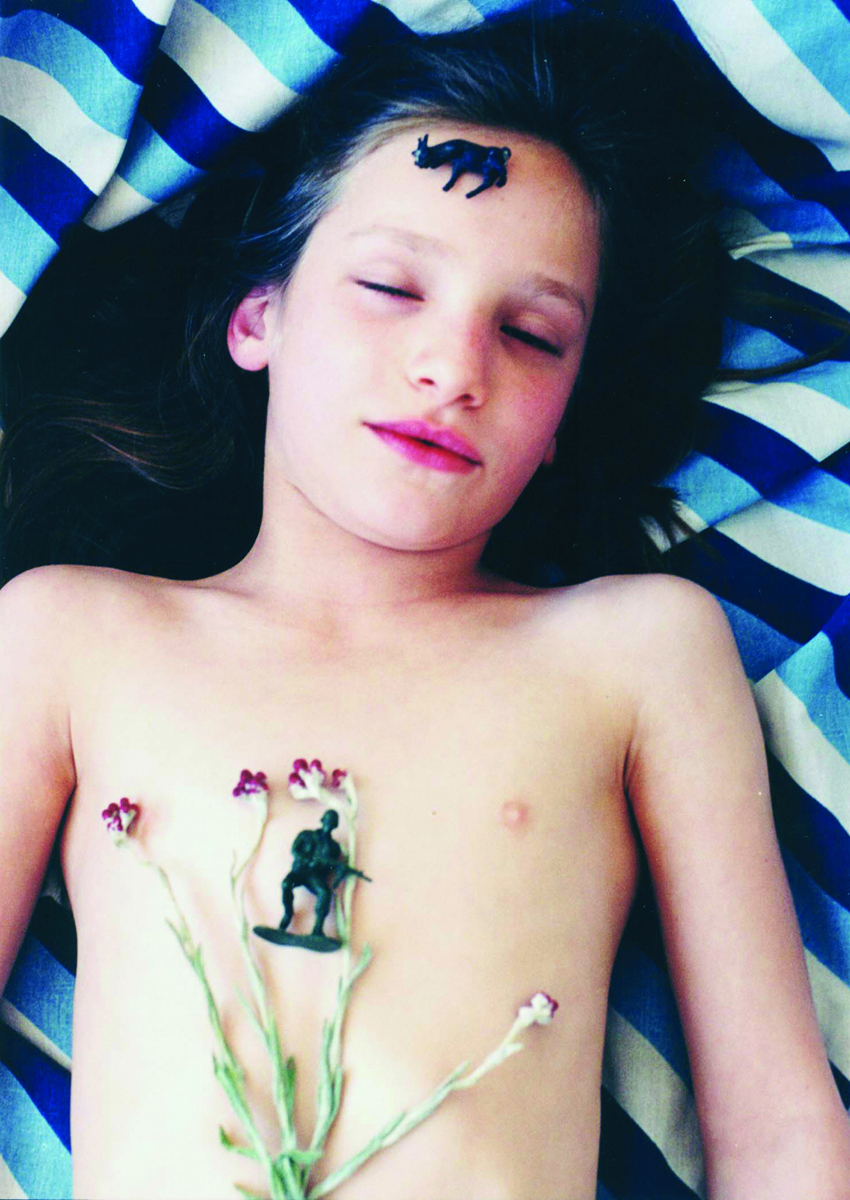 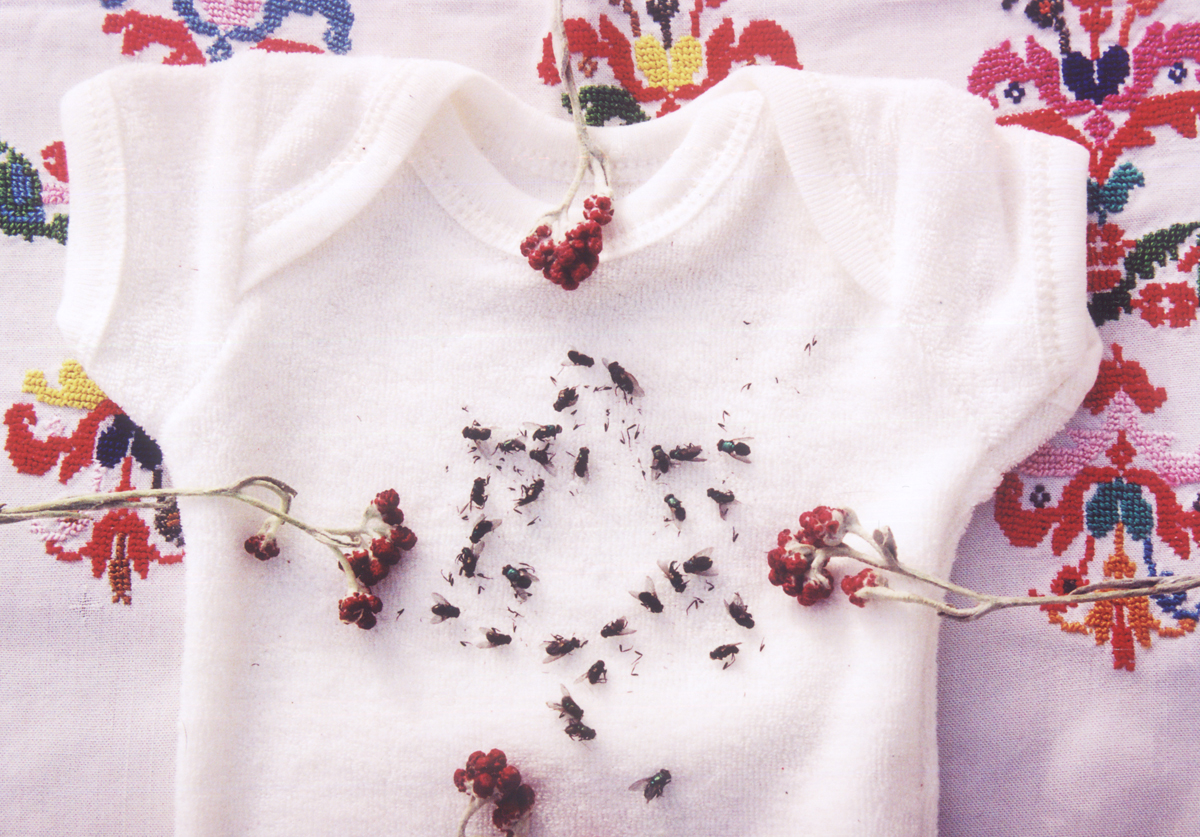