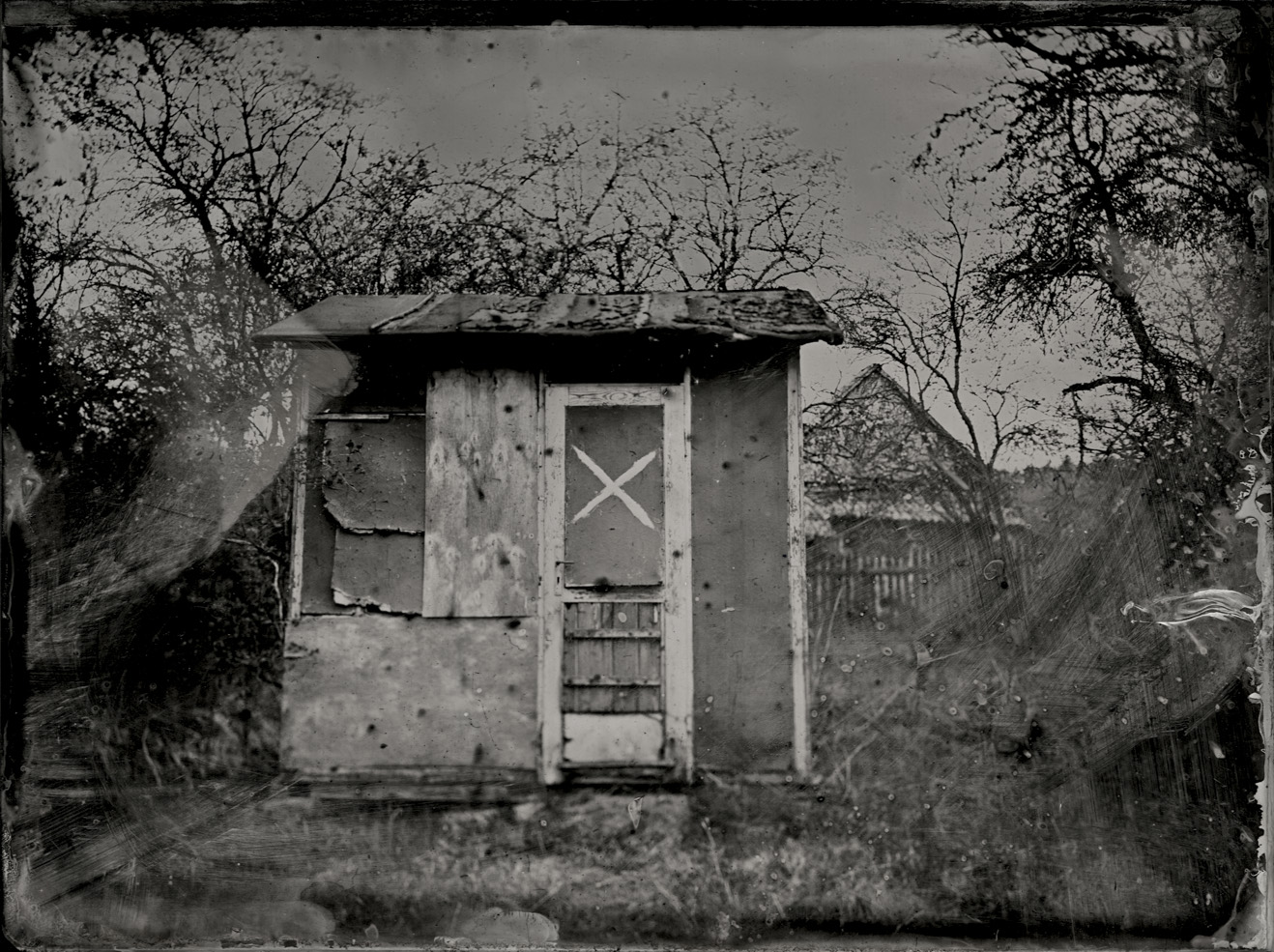 Our Close Up’s often centre on photographic work that is nearing competition or is a finished product, waiting for its next step as a book or exhibition, or being published in a journal etc. This time we are sharing a project that is very much happening in the now, and provides a brief insight into the work-in-progress behind Magda Kuca’s latest project, the working title being ‘Plague’.

Through her photographic work Magda has collaborated with various acclaimed art institutions and galleries, such as the British Museum, and University of Arts London, exhibiting with Shutter Hub, Circulation(s) Festival in Paris, and at LCC having received a commission from Photography and the Archive Research Centre. She also leads alternative and historical photographic techniques workshops (cyanotype, wet plate collodion, pinhole photography, gum bichromate, anthotype, gelatin silver printing and others) in her Soho studio in London as well as in Poland. 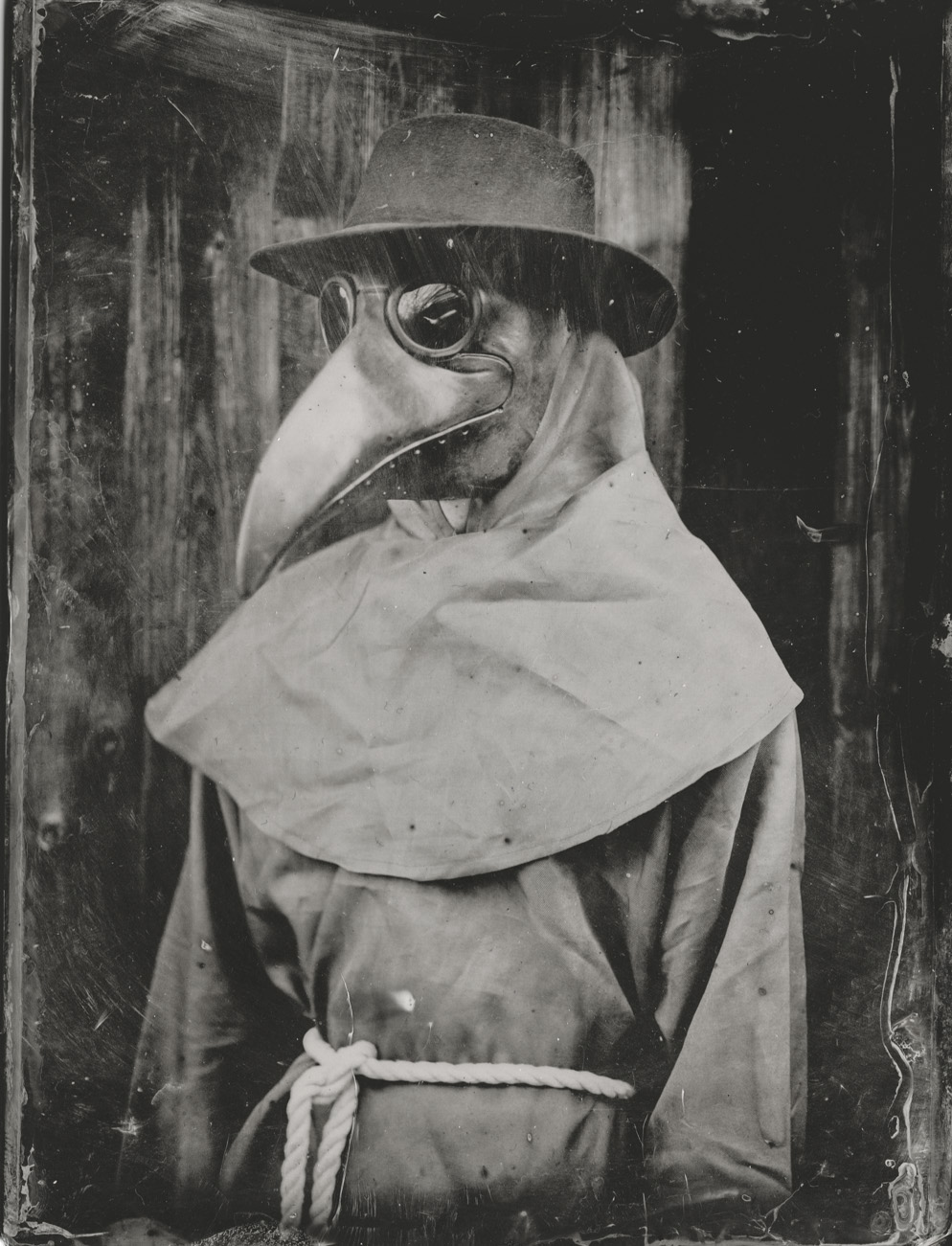 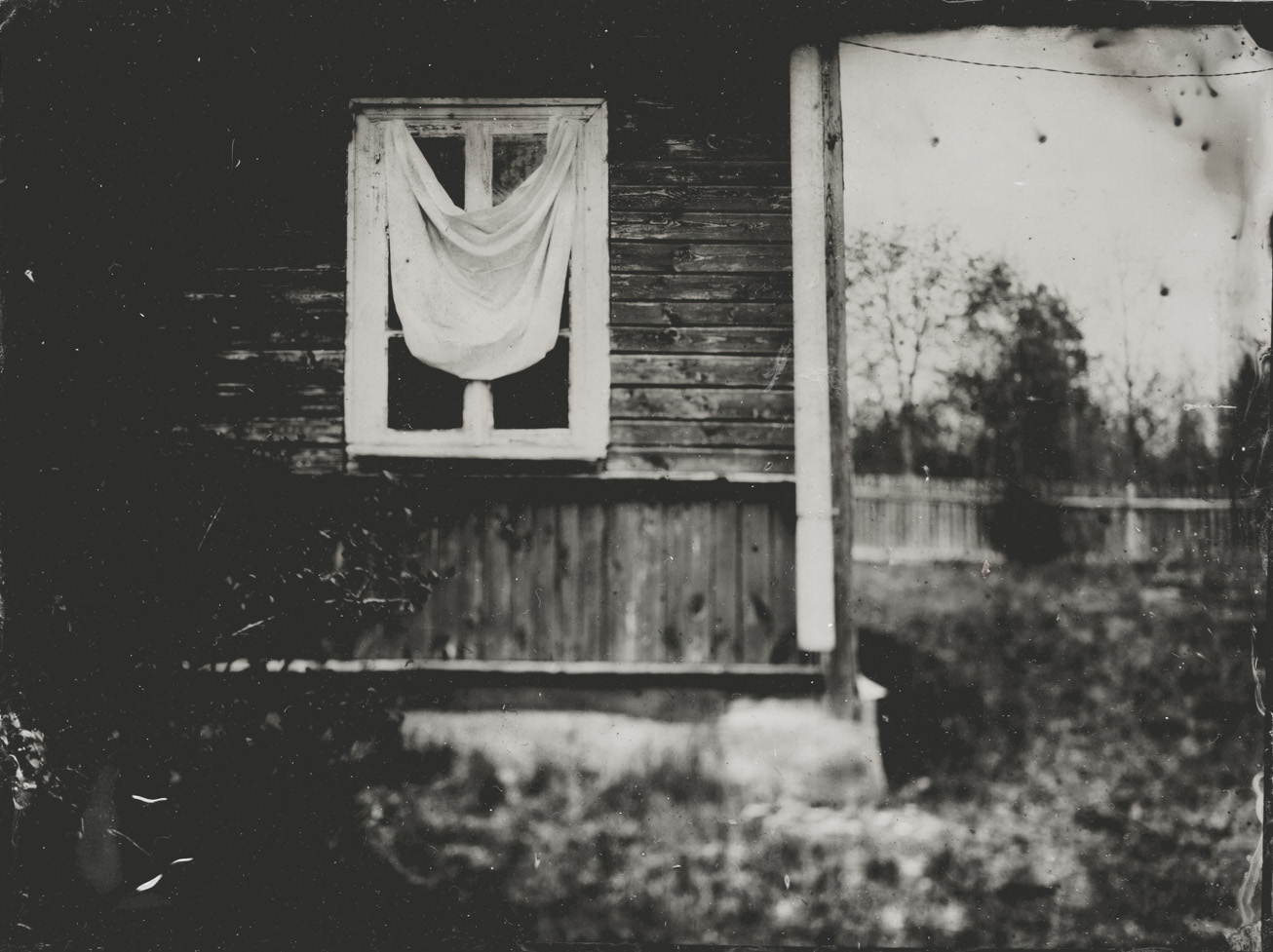 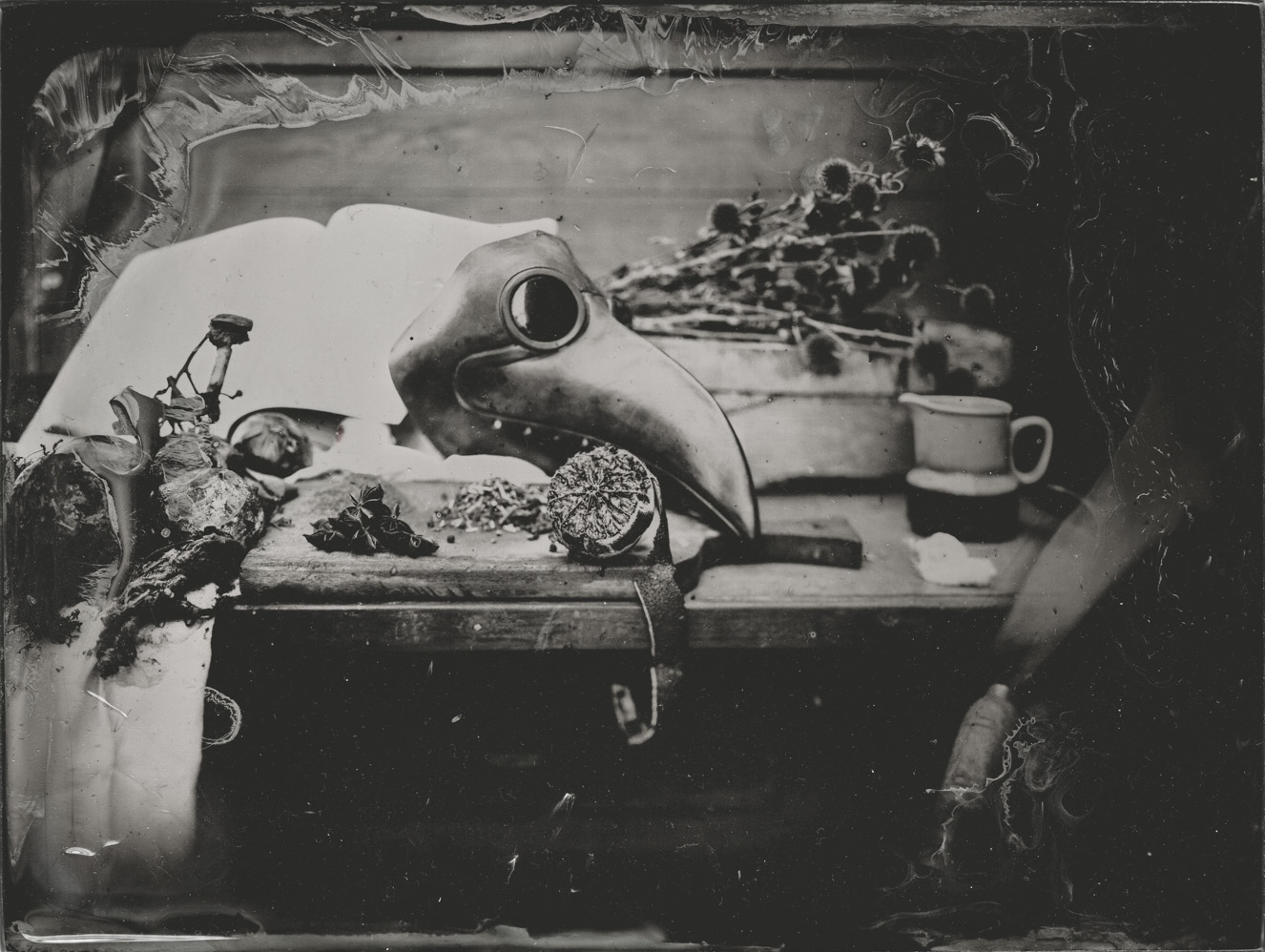 Spending first couple of weeks in isolation back in my home country, I ended up in my Grandpa’s beekeeping countryside house. Influenced by recent events, I decided to dig up a long forgotten idea for a project on the origins of the disease, and from there I started working on my project with the working title ‘Plague’, exploring the origins of various epidemic and infectious diseases that have been plaguing human kind for centuries. Just before I left London I also managed to visit some of the places that have marked London’s epidemic landmarks, which turned out to be just two minutes walk from my studio. Famous for his discovery, founder of modern epidemiology John Snow who, in 1854, traced a deadly outbreak of cholera to a water pump situated on formerly known Broad Street (now Broadwick Street) has now a bar in its very own name, next to which a copy of the pump guilty of Soho’s cholera outbreak can be found.

Still Life Miasma refers to the idea that a diseases are transmitted by a unpleasent, pestilential air, poisonous vapor that could be combatted with the help of the life-saving aromas of herbs and spices. Oranges studded with cloves and vinegar soaked sponge were commonly used remedies during the Great Plague of London. 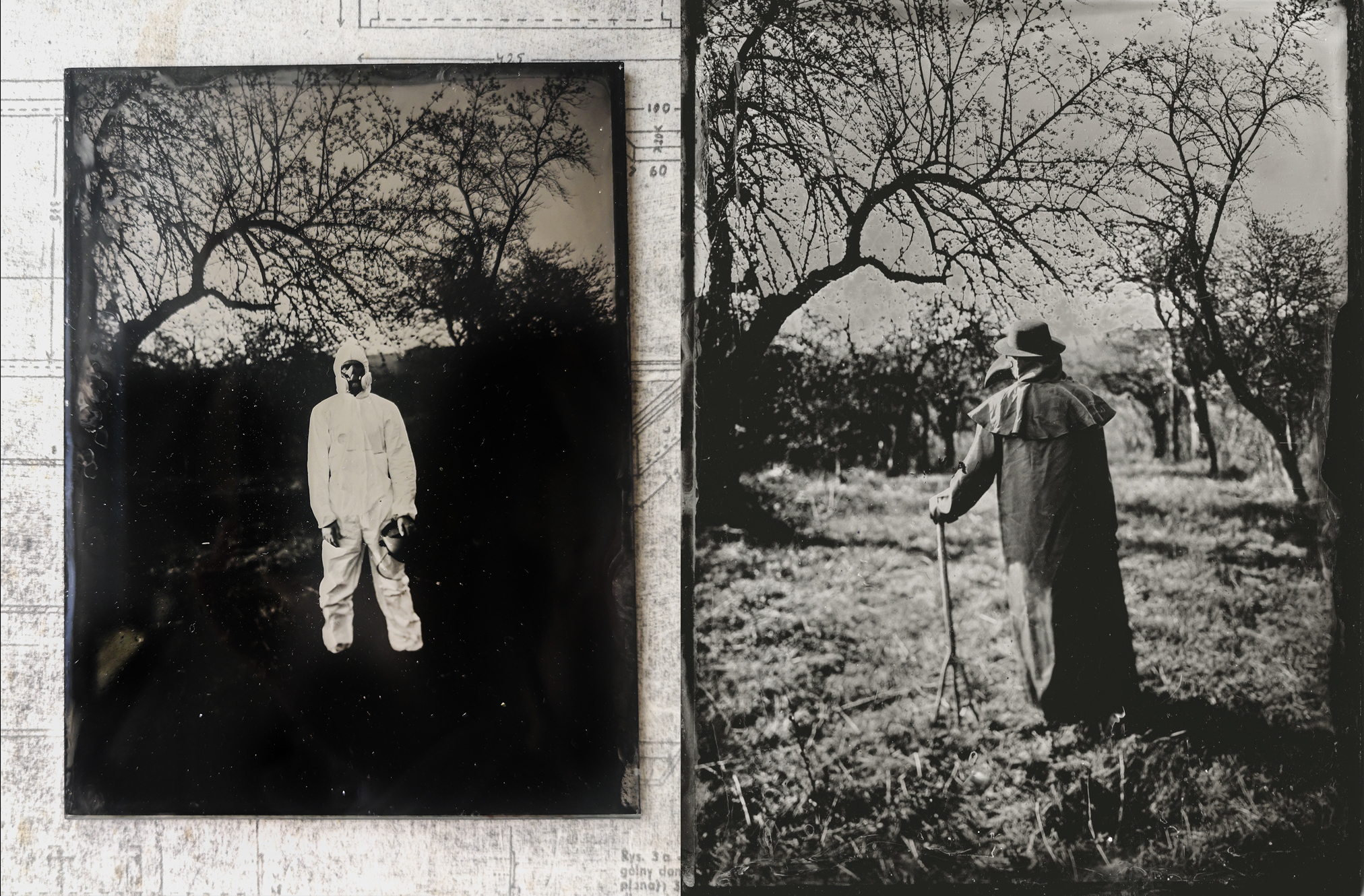 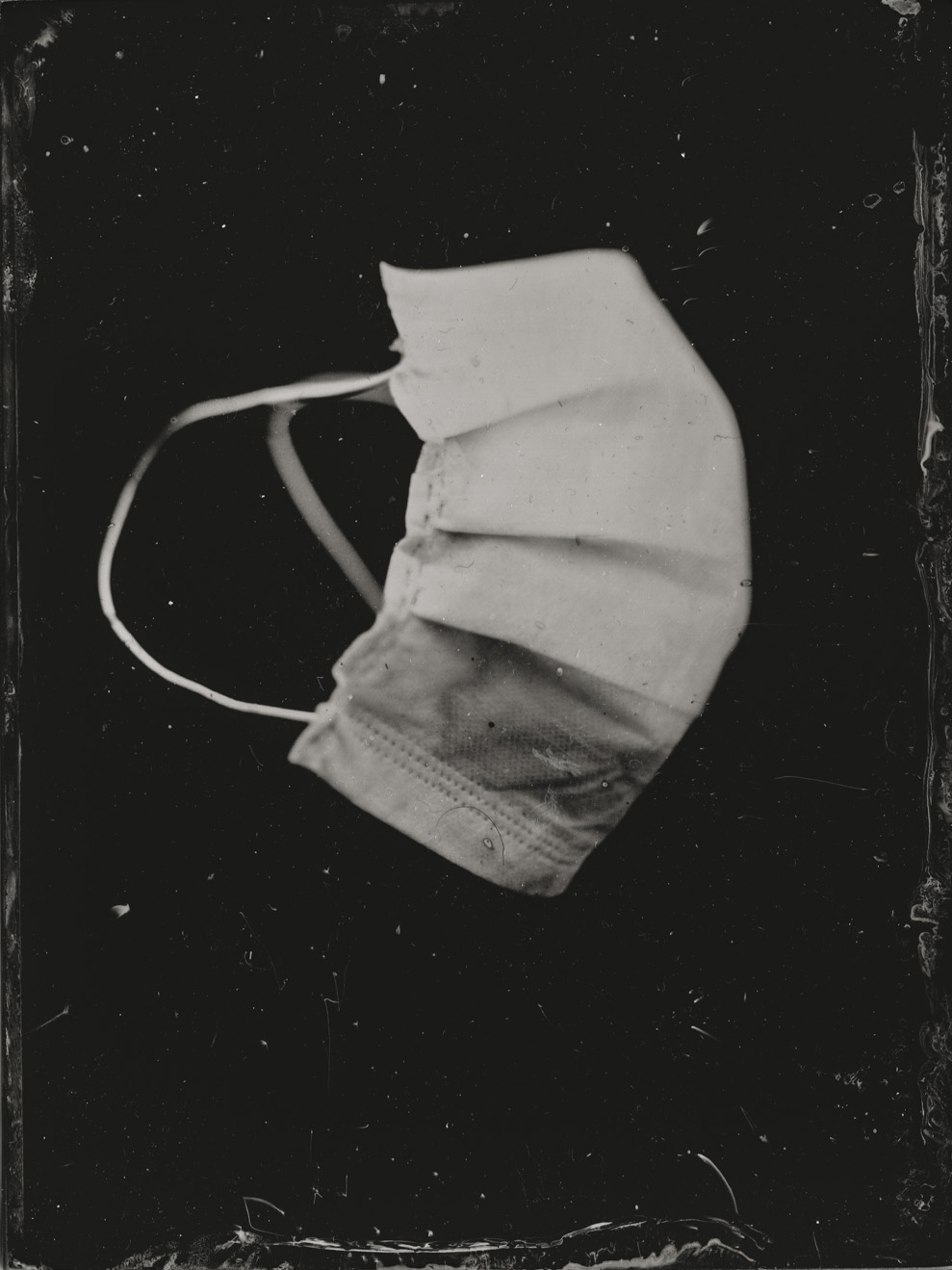 The Plague doctor’s mask was filled with all kinds of those aromatic herbs and, together with waxed cloak, was the only know plague protection.  The doctor ‘armed this way’ would then take off to treat patients, whose doors were marked by a red cross in the middle or a white cloth hanging in the window.

What up until recently seemed like a very distant history, comes back again with intensified force for the history to make the same circle one more time. This visual diary, of which the draft and the beginning you can see above, is rethinking historical and current events, while being influenced by Albert Camus ‘The Plague’ and being fed up with all sorts of news coming from around the world, it allows me to both look at the current situation from another perspective while keeping a level of sanity under isolation.

See Magda’s Shutter Hub portfolio here, and to find out more about this project visit her website here.