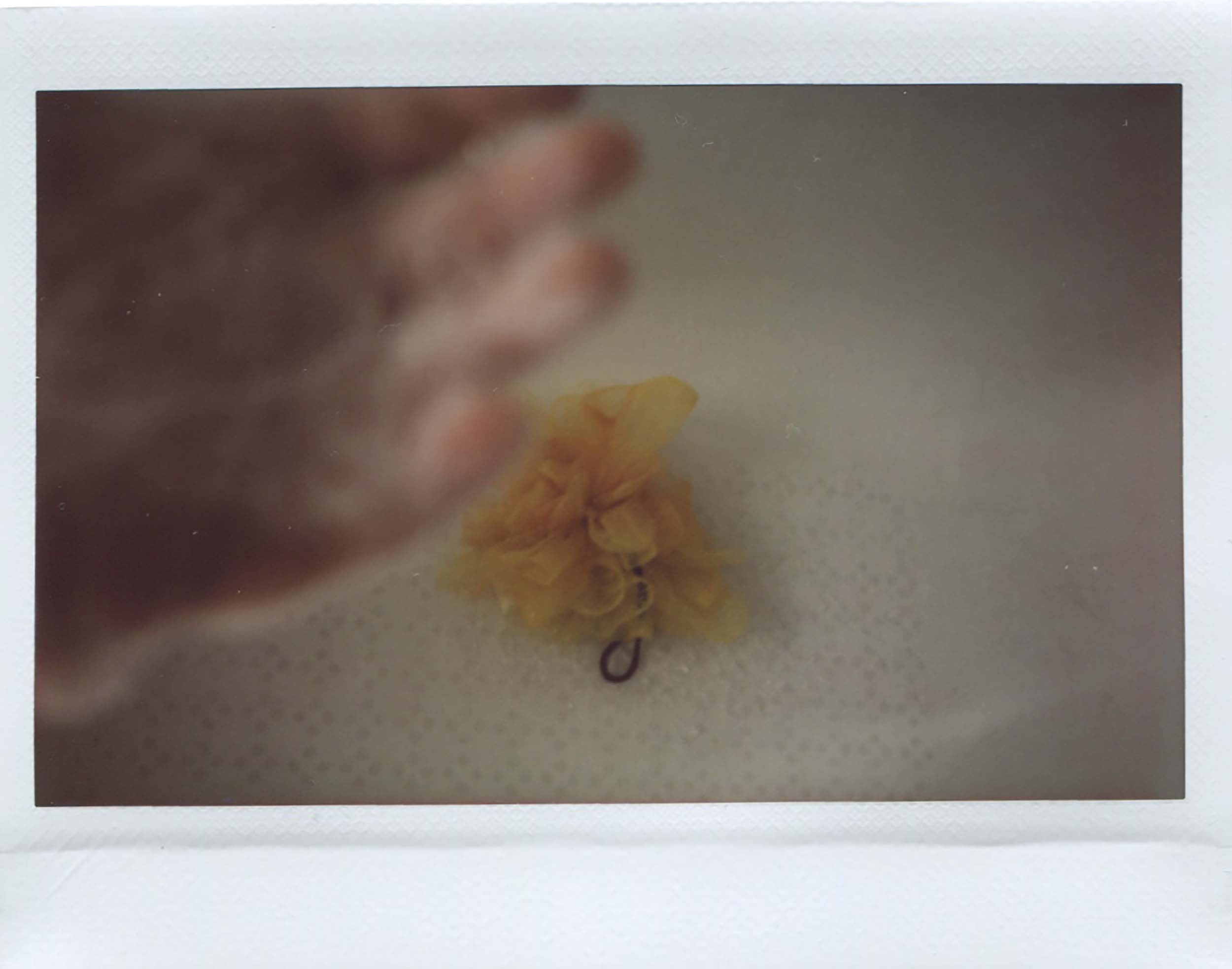 Shutter Hub member Carrie Woolsey is a Derby-based photographer. Her work is heavily influenced by feminist art theory, particularly the theories around the Male Gaze, with a focus on sexuality and language in internet culture.

Carrie uses semiotics to lead her audience into the deeper meanings in her work that lie beneath the humour on the surface of the images. Often domestic, the objects that are placed throughout Carrie’s photographs signify many things, offering an insight into a contemporary feminist perspective on the world around us.

The language she chooses is generational and speaks from the perspective of a young woman born in the 1990s. Using this terminology to question and subvert its meaning, particularly its often violent and aggressive associations, Carrie’s work is about words often sourced from the Urban Dictionary. Her work reflects what this language reveals about how society treats women, particularly young women, today when violence against them remains a worldwide issue.

When I was twelve or thirteen, and body hair had made an appearance, I was shown how to get rid of it almost immediately. That’s just what girls did. I followed a strict body-hair-removal schedule for 10 years.

During that time I had gone to an art college, and then on to university to study photography and make pictures about the things that irked me about womanhood and how we’re told to behave by people online. The contempt I felt for my own learned behaviour was the driving force of my artistic practice.

dirty is a project that stems from a dislike of being told I need to look appealing to people of the opposite sex in order to have any self-worth.

I thought about thirteen years old me, and what I would have liked to have seen in regards to having all of the information before making a decision about my body. There’s a long history of women removing body hair for aesthetic reasons, so shaving was definitely going to be included in the work. I discovered that this practice can be traced back to the ancient eras of Rome and Egypt. Egyptian women used copper razors around 3000BCE, and even considered pubic hair uncivilized, while upper-class Roman women of the 6th Century BCE used pumice stones to achieve the desired effect.

Modern shaving, however, is said to have been influenced by Darwin’s 1871 publication ‘The Descent of Man’. His theory was that homo sapiens have less body hair than our ancestors because less hairy mates were more attractive, making body hair a question of competitive selection. This meant that by the early 1900s Western white women associated smooth skin with femininity that was desirable. 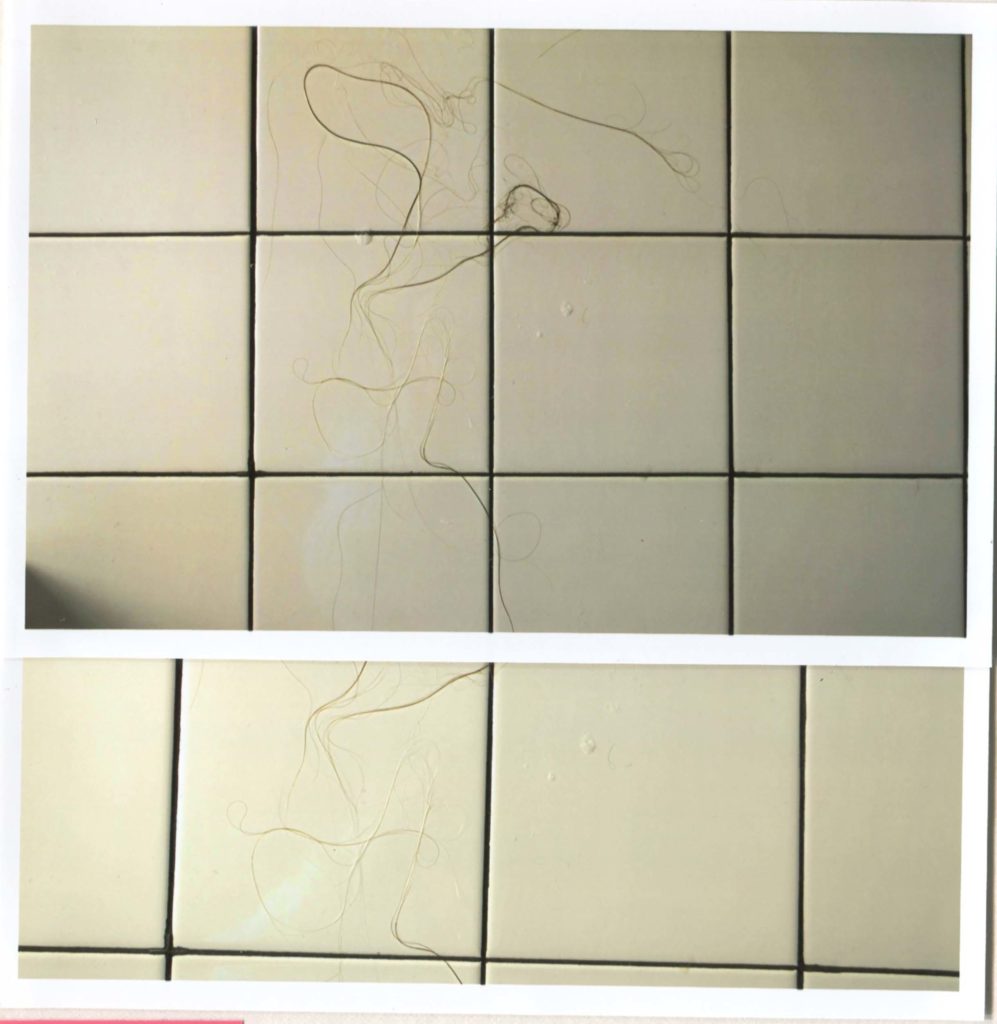 Now, magazines catered to women, and their online counterparts, are inundated with articles that give instructions on how to make yourself more attractive in the eyes of men. One article, in particular, became the inspiration for the first picture that I made – one of the last ‘steps’ it gives is to exfoliate all over – including your bum – and I ended up referencing it for the title of the image.

I decided that instead of formerly staging the pictures, I was going to take my phone and the instant camera into the bathroom with me and take pictures when there was a new step being completed. I washed my hair and body; shaved my legs; exfoliated; but also documented the aftermath – the hair that I had shed when I washed it, the shaving foam in the sink. I wanted to highlight the process without the results because I think that would have been expected – to allow the viewer to ogle me and the results of my efforts – but that isn’t what I wanted the work to be about. 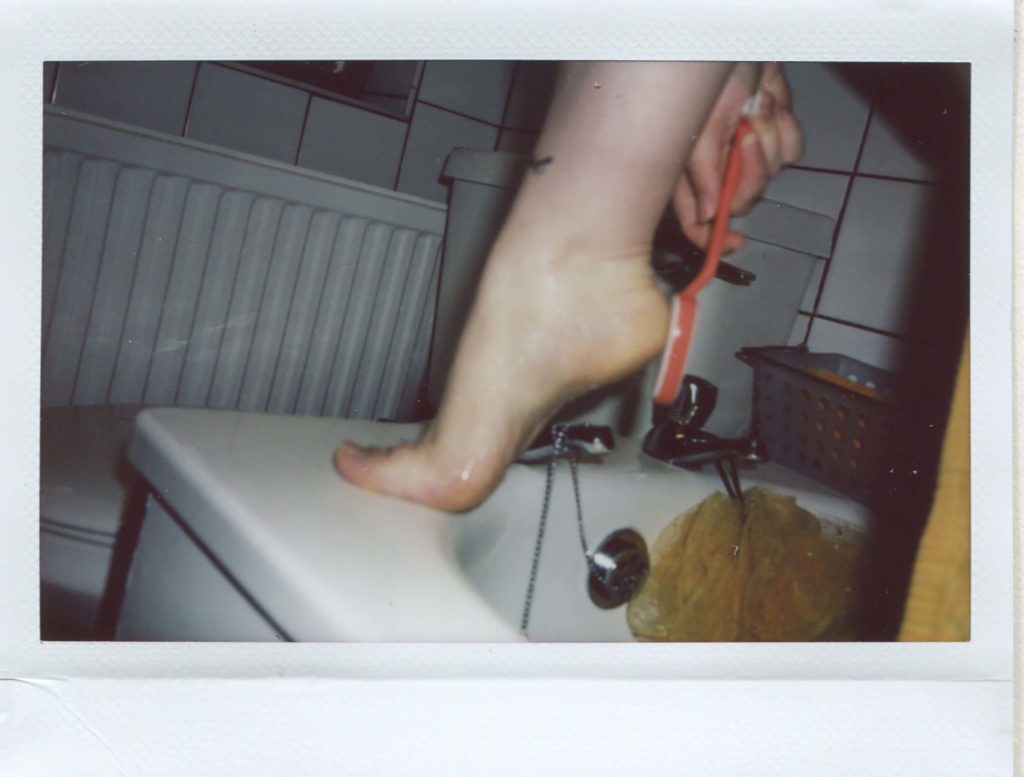 All of the images are intentionally technically ‘wrong’ (just like everything else I’ve worked on). They’re meant to look homemade, like anyone could have taken them and printed them off to show people how much effort goes into this process of making yourself look desirable. When I exhibited them in QUAD’s artist studio, they were hung in a line that went around the room, so the audience got to come on this journey of almost-ritualistic bathing with me. 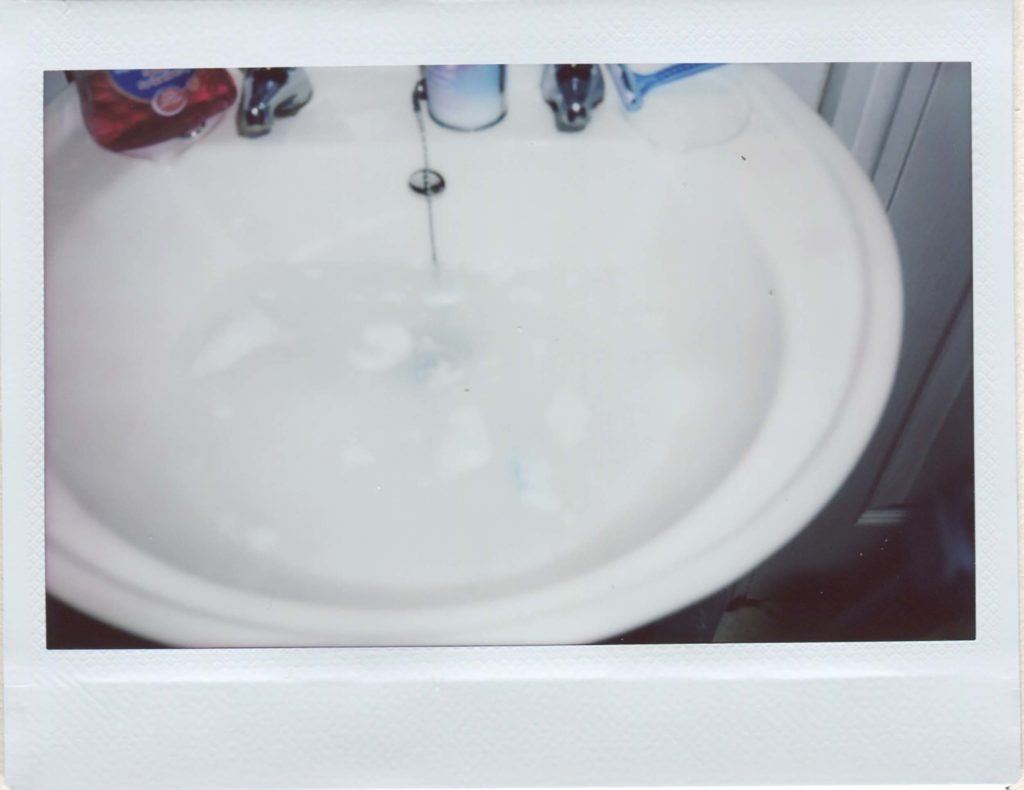 I think, at its core, dirty is about internalised misogyny and maybe letting that weigh in on how we present ourselves isn’t necessarily the right thing to do.

So it’s not really about bathing at all, it’s about having the ability to have autonomy over yourself and doing things because you choose to rather than because that’s what everyone else seems to be doing. 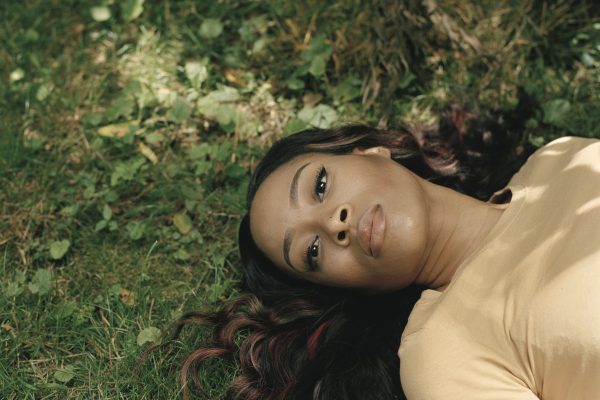