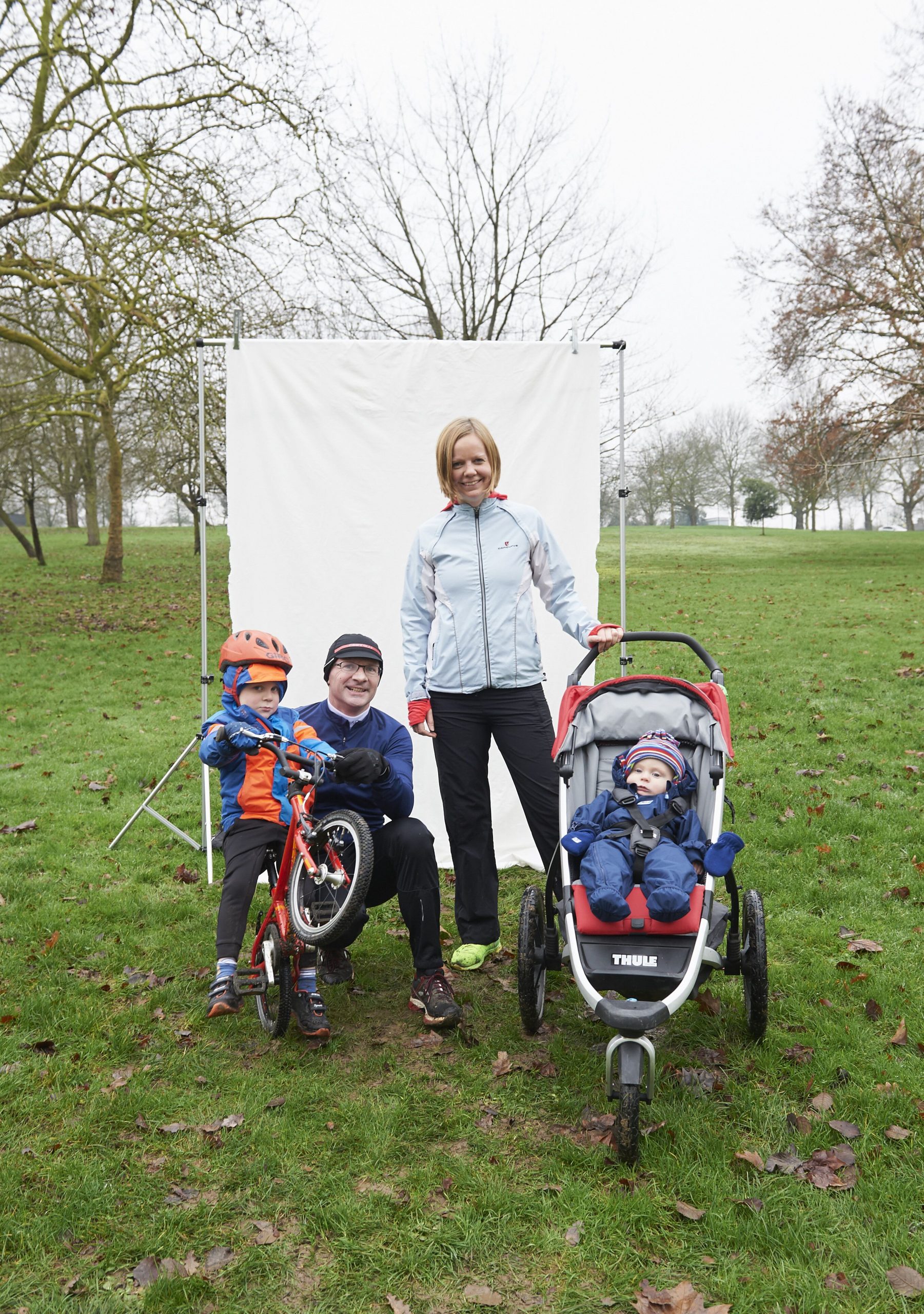 The Real Fit Family, I had to chase down the Dad whilst he was running with the pushchair to ask for his help!! ©Amanda Eatwell 2020

Inspired by her dedication to motivation on day 1 of the new decade, we asked Shutter Hub member Amanda Eatwell to share her latest self-initiated project, 1st Fitness. Aside from her commercial photography work, teaching photography, and editing fLIP magazine, Amanda often has a side project going on and draws inspiration from many parts of her life.

Keeping fit is important to Amanda, she says herself that it gives her ‘a fresh mind and an active body’ – with that thought held close, she ventured out on New Year’s Day with a basic set up, a lot of enthusiasm and a plan to catch people on the run… 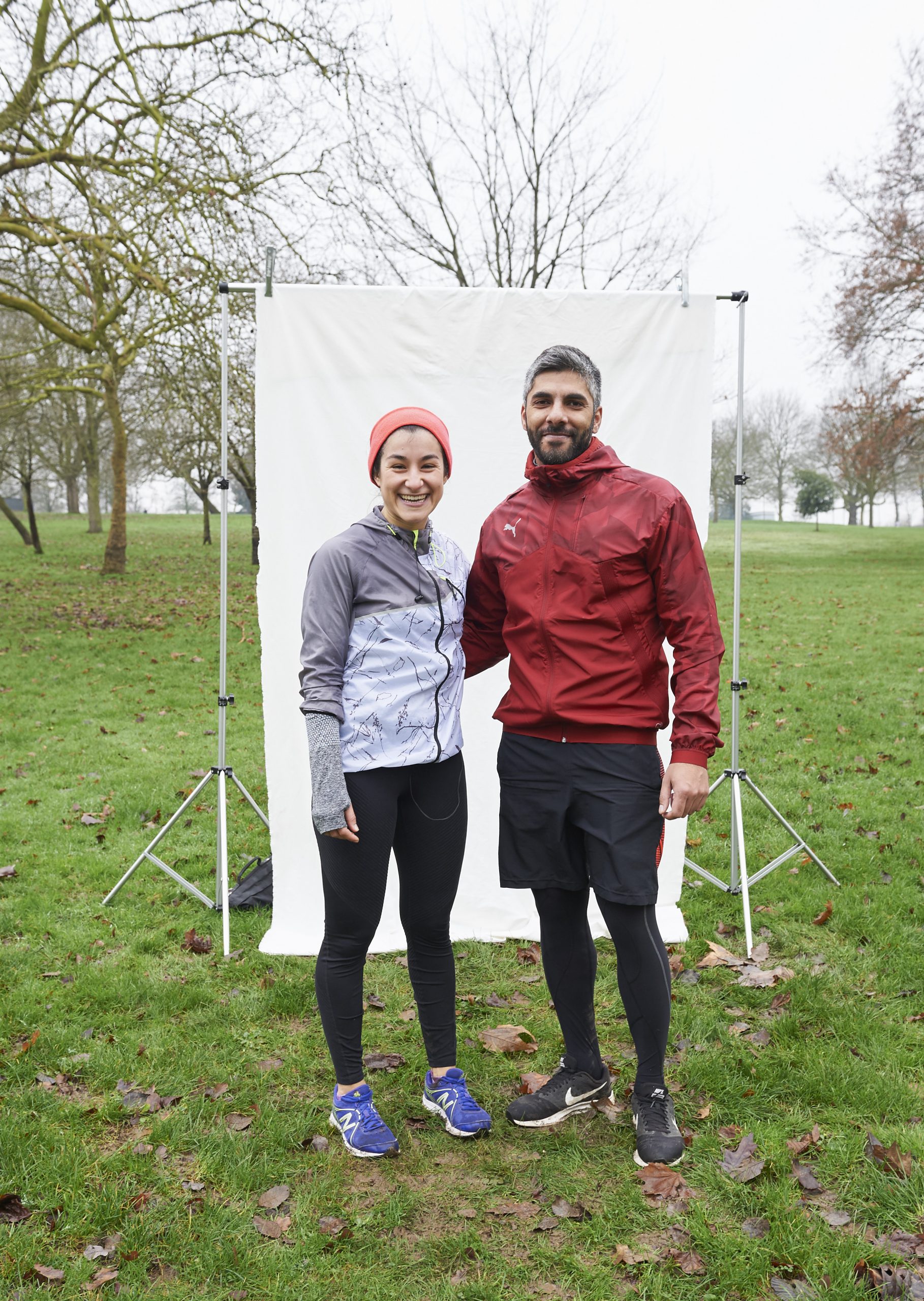 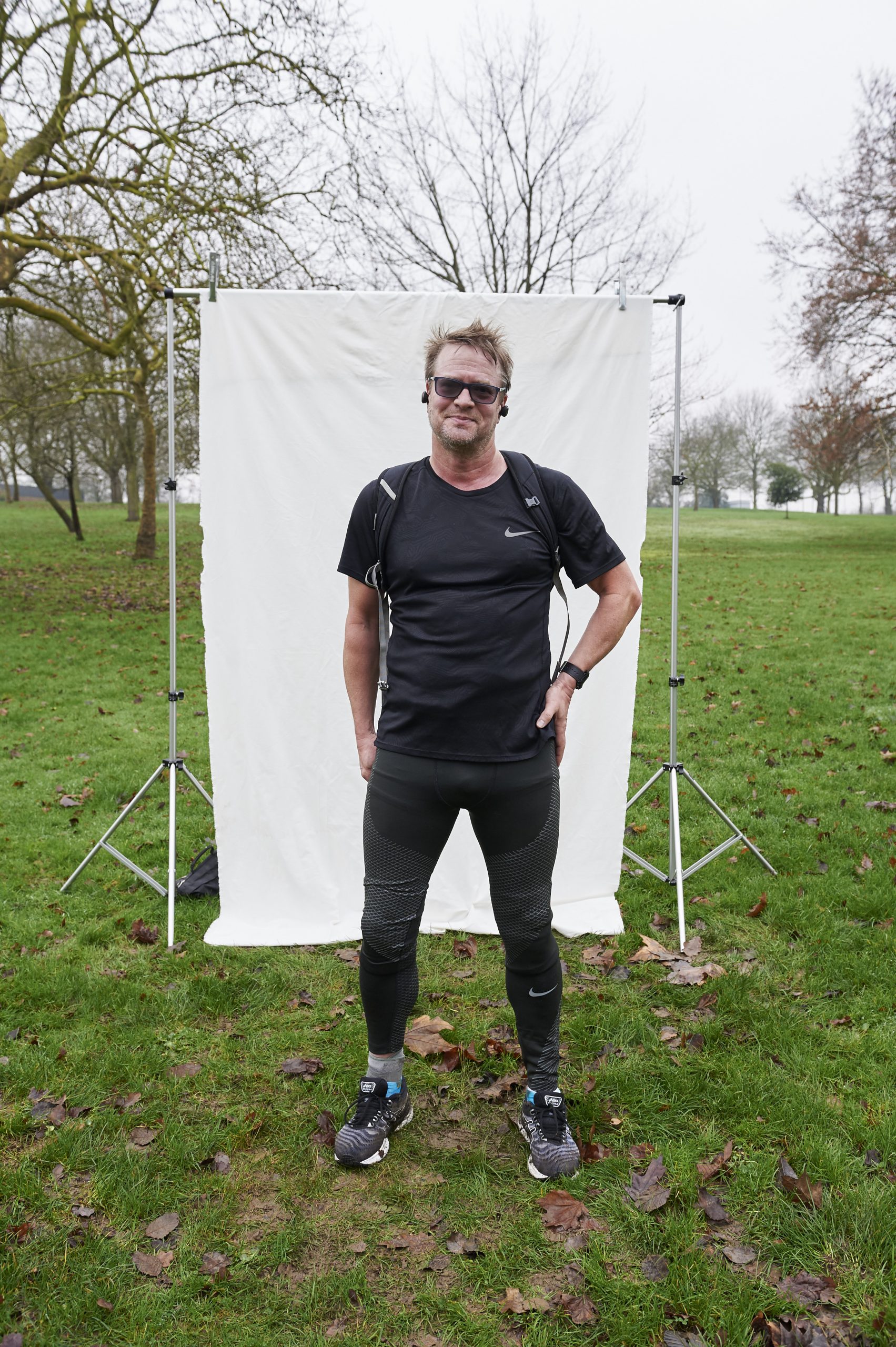 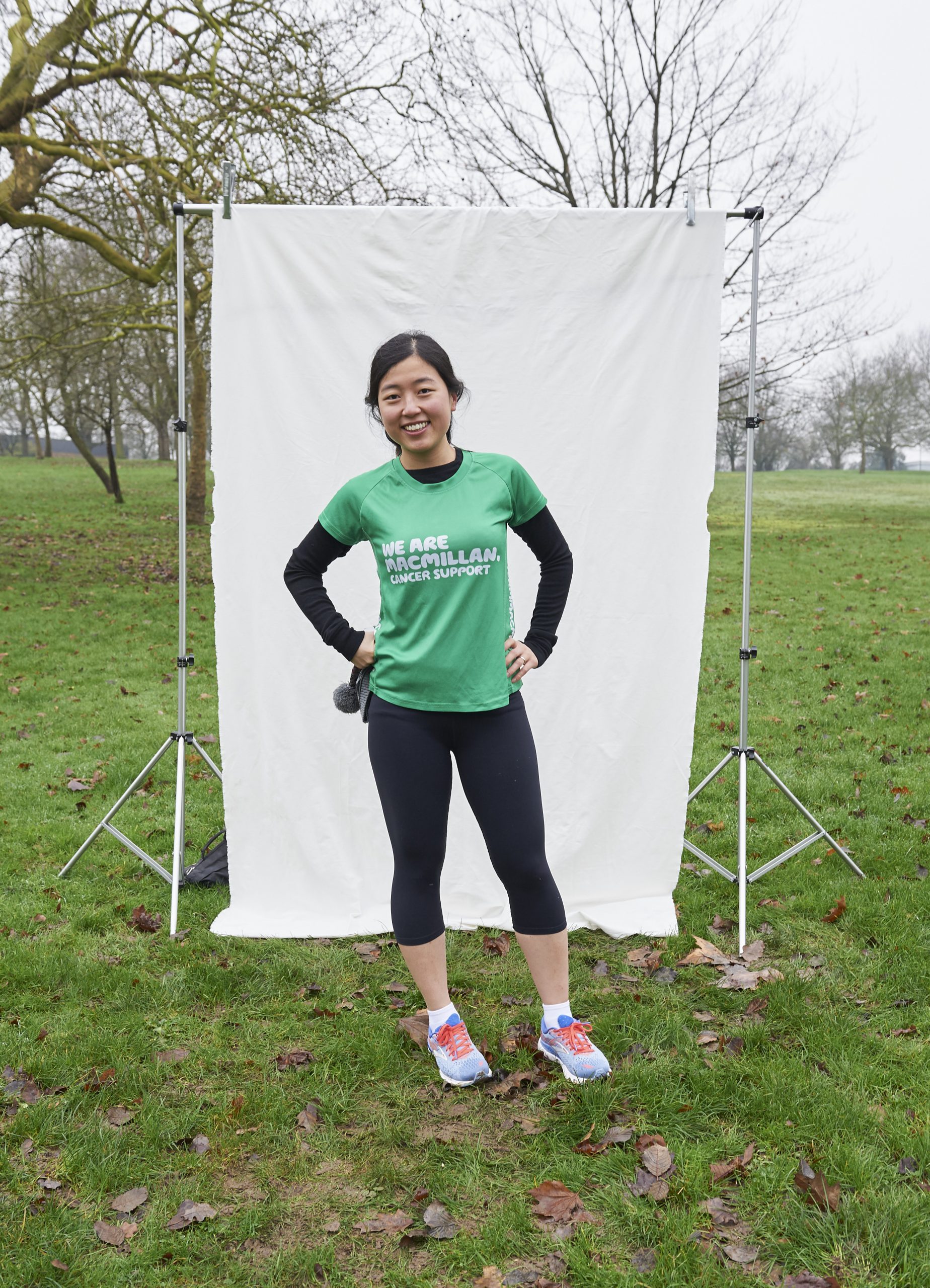 A little while before Christmas I conceived the idea of photographing people participating in sports on New Year’s Day. So, on a grey and chilly 1st January 2020, I headed to Finsbury Park armed with a background, my camera, and a permissions form.

I am familiar with the layout of the park, as it is one of my own stomping grounds for a run. I headed to the north-east side where there are two outdoor gyms, and the inner road which is where most people run. I needed to find a fairly level surface to set up my background, but the first spot I tried turned out to be a quagmire, so I had to go slightly uphill, putting me a little bit off the main drag.

Whilst setting up the background and trying not to dip my fresh white backcloth into the mud I saw a good number of people running in the near distance. By the time I was ready to shoot things had gone a lot quieter. There was in fact one guy who remained in my line of sight on and off for a couple of hours, but something made me resist asking him to participate. He even asked what I was doing about an hour in; thankfully he never offered himself to be photographed. I find photographing people an instinctive process, and his vibe was not working for me.

Just off to one side, and through the bushes I could see there were a few people at the outdoor gym. I had been standing around for about twenty minutes, without any suitable encounters, so I switched tactics and headed for the gym. There was a cheery-looking lady swinging her legs on a cross trainer whilst negotiating her mobile phone. I went over to greet her with a big hello and a brief explanation of my project. She didn’t need persuading but continued swinging away whilst telling me all about her exercise regime, and how on Christmas Day she had made her first run in months, following an operation to insert a metal plate in her foot, due to arthritis. 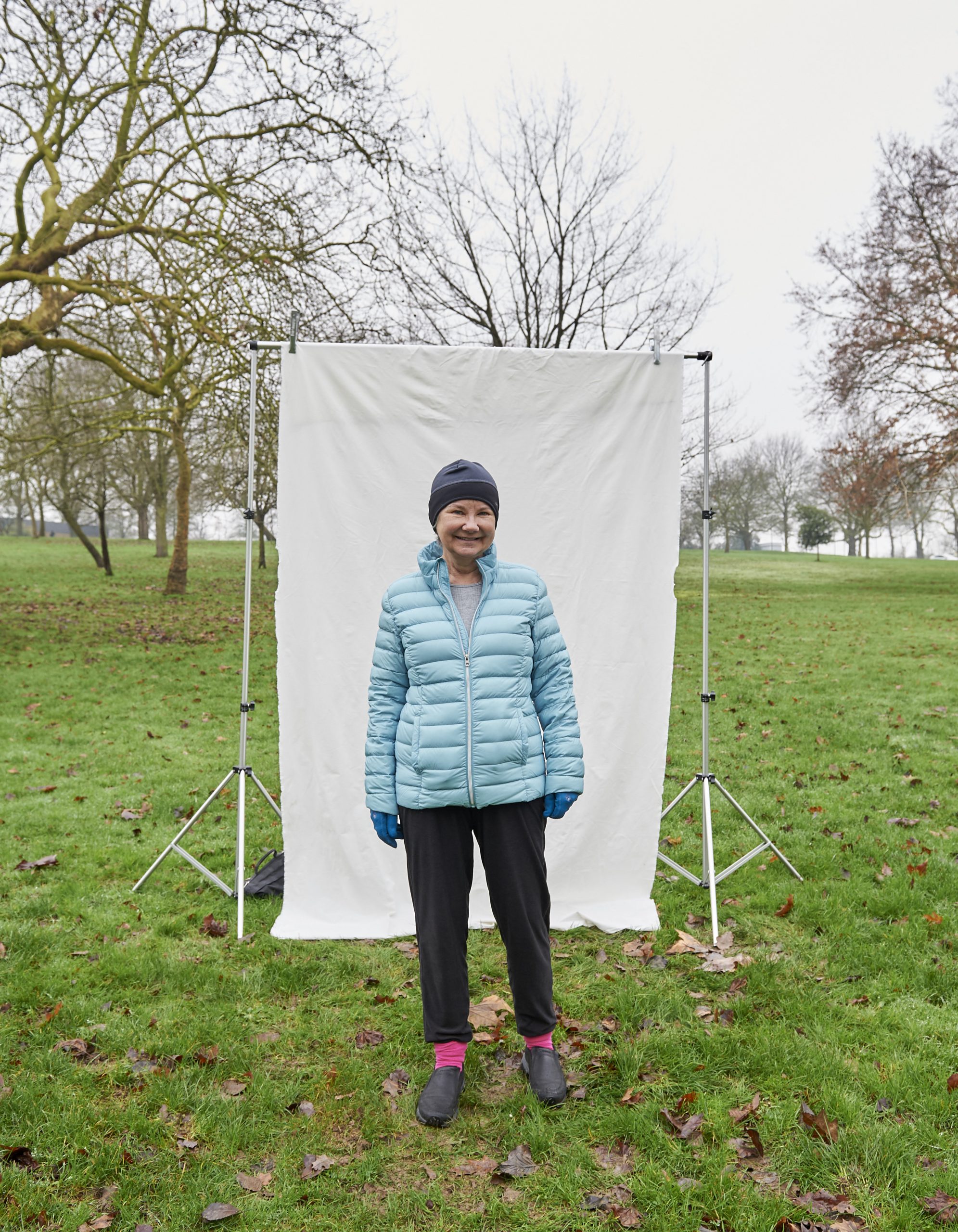 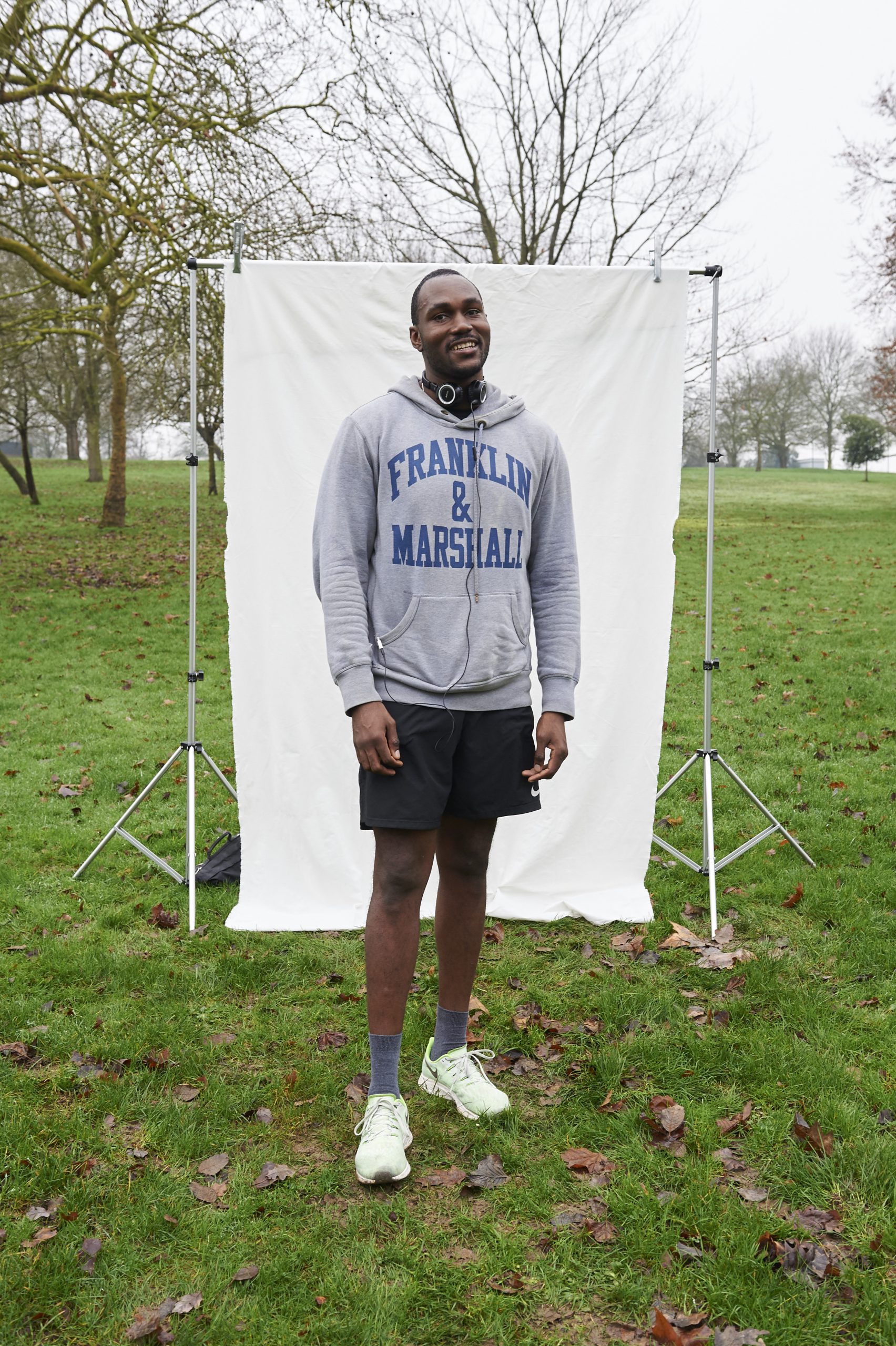 Her name was Helen, and she really was a gem. It’s amazing sometimes what you can end up sharing with strangers. There was a lot of chatter, and as we were wrapping things up, she said she would try and recruit some more volunteers…about 20 metres away a guy was doing a cool-down walk: I had spotted him earlier as he was making quite a lot of noise as he ran, and I wasn’t sure if he was singing loudly or talking to himself. Anyway, before I could really answer, Helen went bounding across the grass calling to the guy. Whatever she said worked, as next thing both of them were heading my way with an introduction: His name was Sam, and it turned out, so was Helen’s Dad, and so is my Son. I didn’t get to tell them it was also my Grandfather’s name! The Sam in the park had just run 5 kilometres and informed me that he sings loudly when he runs, and it helps!


After the excitement of my first two subjects, it felt like there were big gaps in between possible candidates. Because of my position I had to leave my base on several occasions to seek participants. Next up was Will, who was jogging up an incline, and looked like he needed a break! I called over to him, and told him what I was up to, his first response being ‘I don’t want to be in the Guardian or anything’. I told him I’d try not to make that happen!

There were way less people partaking in exercise than normal in the park that day, and unsurprisingly not everyone accepted the offer of having their photo taken whilst looking ruddy faced or a little unkempt. However, I remember being told at a talk on Sales & Marketing years ago that ‘No doesn’t necessarily mean no forever’ and so it was with Shu Ling who said no, but somehow, we turned that into a yes. If only all negotiations were that simple.

I was expecting to find several people who had set New Year’s resolutions, but that was not really the case. Most people I met took regular exercise, or had, and were getting back into it. With each person I photographed I asked what they had done on New Year’s Eve. Many of them had stayed at home which might explain how they were in the park on 1st January, ready for fitness. Matthew told me on New Year’s Eve that he had had dinner with his ex and texted the world. Nicola told me how he and his girlfriend had stayed in and discussed their future baby, (who may well be born now, as it was due around 14th January). My favourite answer though came from Jamie, who told me he doesn’t drink, but had climbed a tree the night before; wise guy. 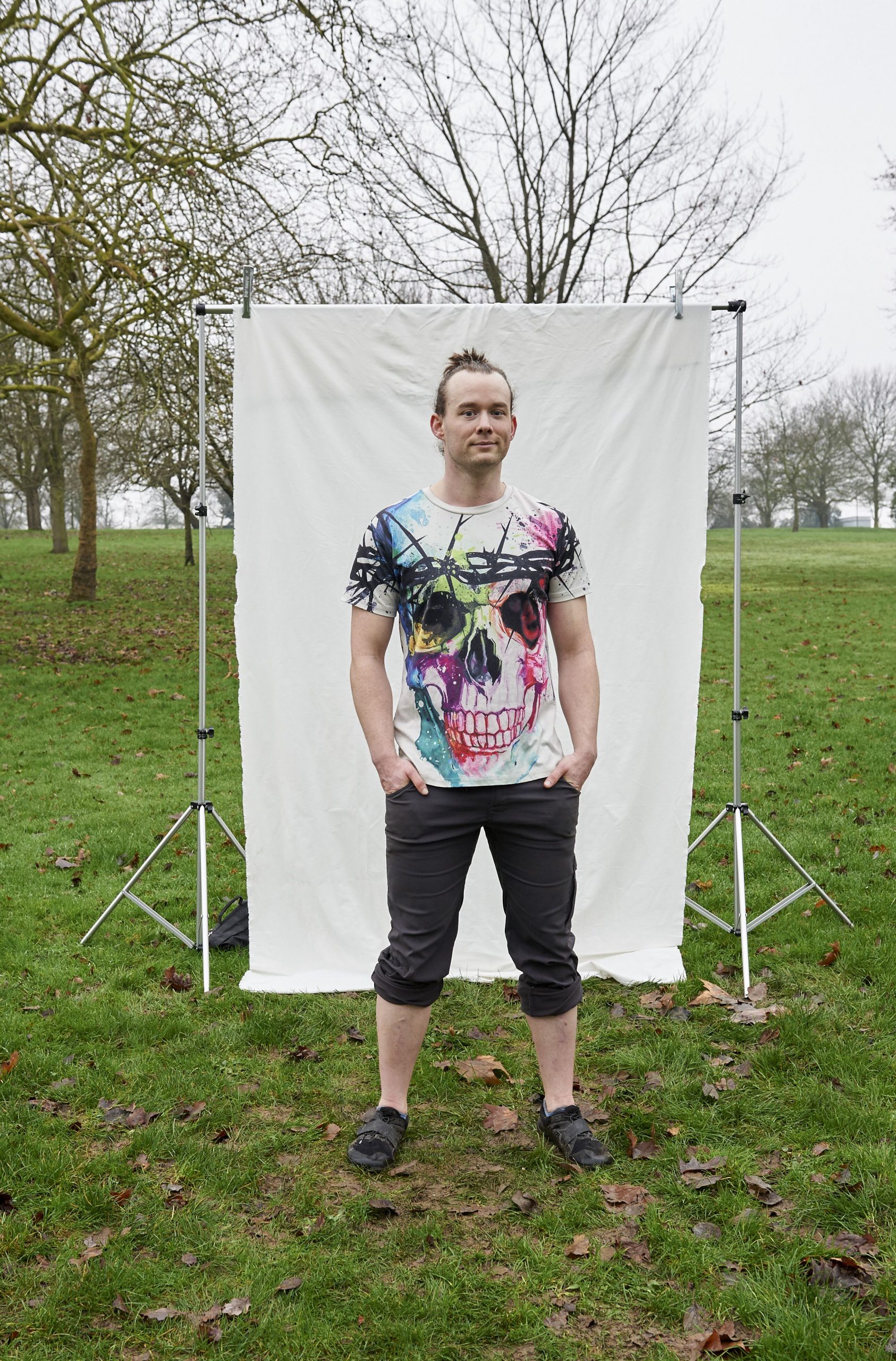 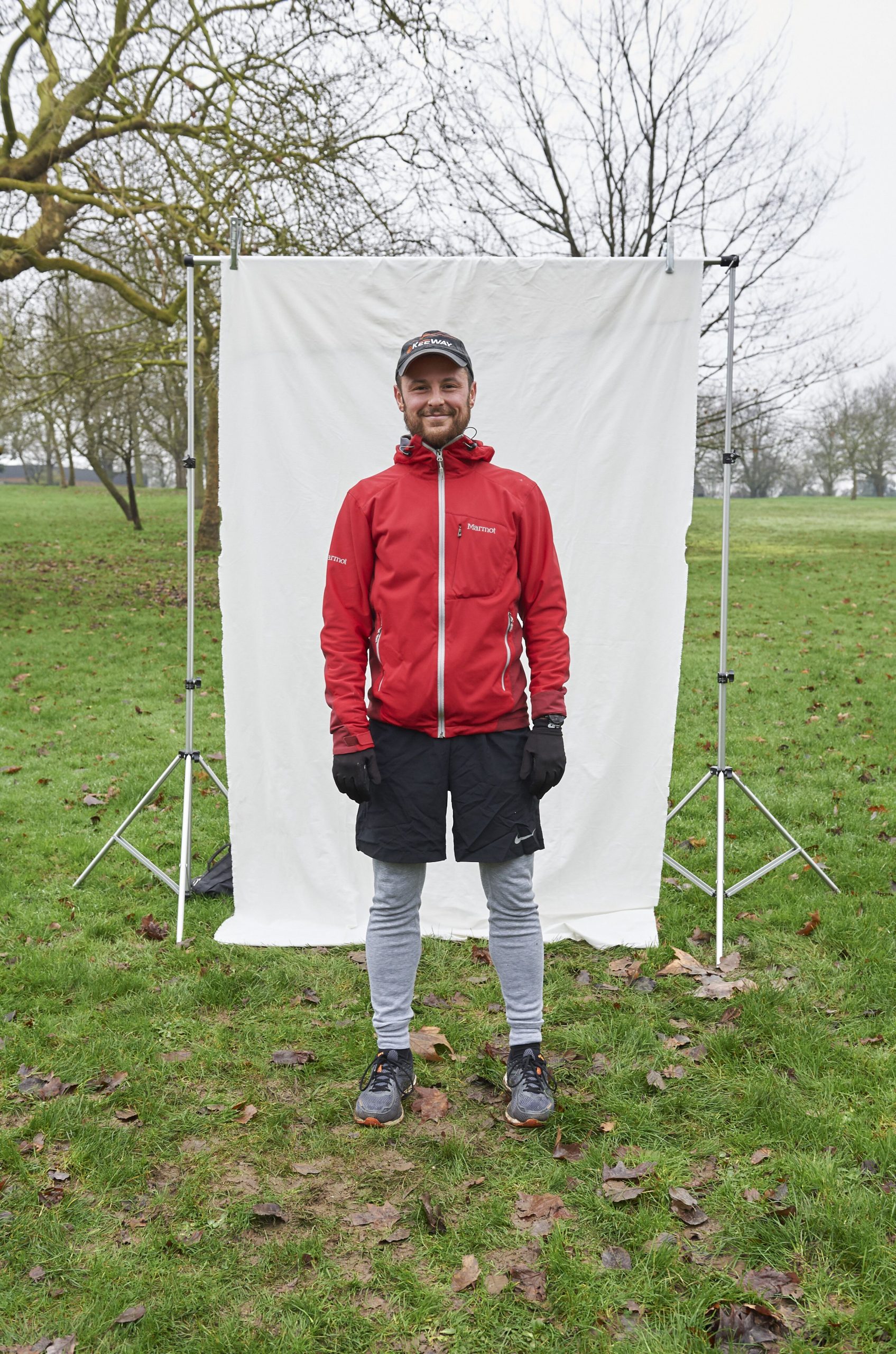 Nicola, He stayed in with his girlfriend on New Year’s Eve and they talked about their future baby, which was then due in 14 days time. © Amanda Eatwell 2020 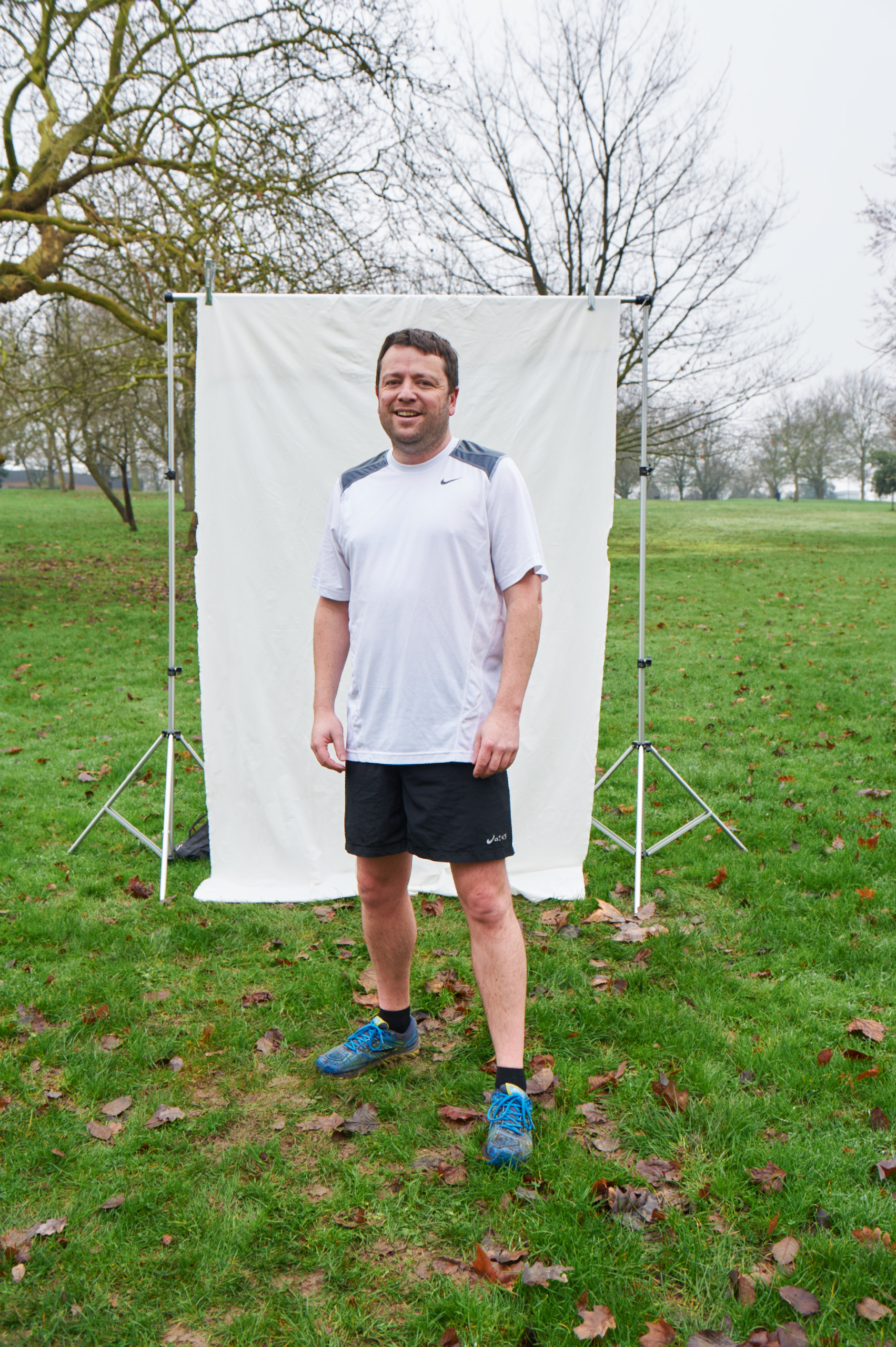 Will, He said ‘I don’t want to be in the Guardian or anything’, but after five minutes in front of the camera he changed his mind! © Amanda Eatwell 2020

There were Esther and Mario who, when I approached them, they answered simultaneously: one with a yes, one with a no. My vote obviously swayed the decision! And then there was the ‘fit family’: I dare any one of their children to dislike the outdoors! From where I spotted them, I wasn’t sure if the father was running with the pushchair on purpose or chasing his older child who was speeding ahead on his bicycle! I literally chased them down to ask, and he told me he was running on purpose. It was only when he energetically agreed to participate, and cajoled the older kid into coming over to my background, that his wife turned up in a jog, presenting me with a whole family – priceless!

That day I had hoped to create twelve portraits, but as the last two took what felt like an eternity to arrive, and the damp air was starting to affect my bones, I reset the expectation to nine, and left the park happy and grateful.

See Amanda’s Shutter Hub portfolio here, to find out more about her work, and visit her blog here.