Irish Work by Tom Wood is a highly personal book of unseen photographs taken over a period of over nearly 50 years. The book contains over 200 previously unpublished images centring on Wood’s lifelong relationship with Ireland – a personal story and conflict, linked to the wider history of the country.

Tom Wood was born in 1951 to a Catholic mother and a Protestant father, who were later forced to emigrate to England. He would return home to Ireland annually, and in 1972 began photographing against the backdrop of Nephin mountain. In 1978 he moved to Merseyside and spent the next 25 years there, creating many of his best-known pictures, primarily street photographs. Throughout this period, he was also working on a long-term study of the west of Ireland, and the wider landscape of his birthplace and childhood. Family connections are woven throughout the book but never explained. The people and places intertwined throughout the images are dense with history, both public and personal.

Taken between 1972 and 2019, the photographs are neither chronological nor follow a defined narrative—instead they are presented as a stream of consciousness. The book shifts stylistically from portrait to panorama, video to colour and black & white, and in subject matter from landscape to interior, lone figures to social gatherings, with a gentle humour, coolly observational, anecdotal, and playful. Irish Work showcases Wood’s artistic shifts of style over five decades, while preserving both his individuality and mastery of the photographic form.

The book is a collaboration with artist Padraig Timoney, who worked on the sequencing and dustcover design. The Irish work was initially edited by Peter Finnemore, in 2013 for the exhibition ‘Tom Wood: Landscapes’ which was show in Mostyn, Wales and Centre Culturel Irlandais, Paris. Wood revisited this work during the lockdowns of the 2020 pandemic and added in seven additional years of photographs from subsequent visits to Ireland. Over 400 new images were edited down to those in the book and sequenced by Timoney, a frequent visual collaborator.

You can pre-order Irish Work here. 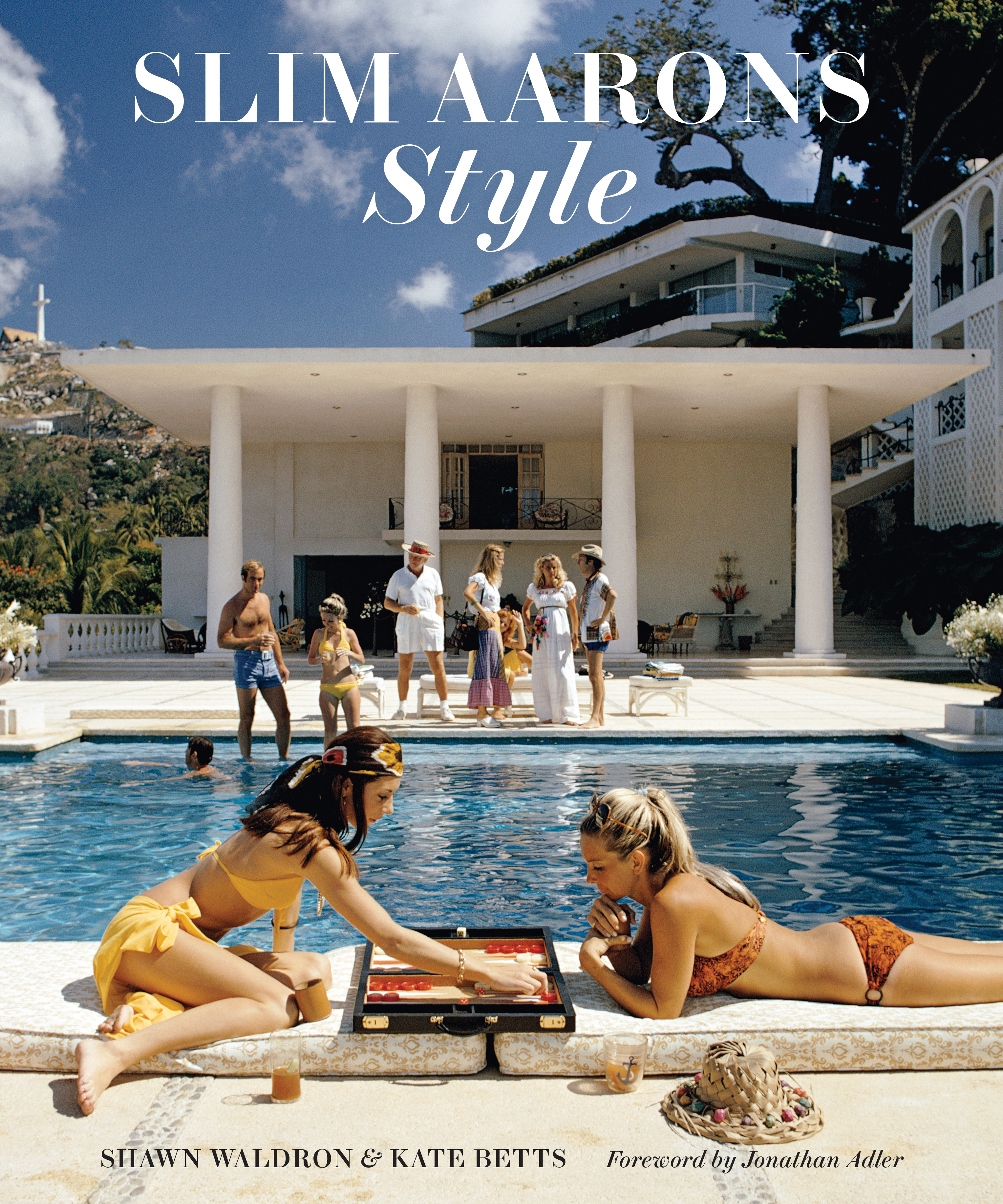 Glamorous fashions, personalities, and places captured by iconic photographer Slim Aarons Slim Aarons, at least according to the man himself, did not photograph fashion: “I didn’t do fashion. I did the people in their clothes that became the fashion.” But despite what he claimed, Aarons’s work is indelibly tied to fashion. Aarons’s incredibly influential photographs of high society and socialites being unambiguously themselves are still a source of inspiration for modern day style icons. Slim Aarons: Style showcases the photographs that both recorded and influenced the luminaries of the fashion world. This volume features early black-and-white fashion photography, as well as portraits of the fashionable elite – like Jacqueline de Ribes, C.Z. Guest, Nan Kempner, and Marisa Berenson – and those that designed the clothes, such as Oscar de la Renta, Emilio Pucci, Mary McFadden, and Lilly Pulitzer. Featuring some never-before-seen images and detailed captions written by fashion historians, Slim Aarons: Style is a collection of the photographer’s most stylish work.

Slim Aarons (1916–2006) was among his generation’s most influential photographers. His photographs have appeared in countless magazines, including Town & Country, LIFE, and Holiday. Shawn Waldron is an archivist and curator with nearly 20 years of experience. Based in New York, he is currently the manager of the Slim Aarons Archive as well as the lead curator for the Getty Images Gallery, London, where he is responsible for a robust exhibition program that includes ten or more photography-based exhibitions annually. Kate Betts has been covering the world of style for 25 years, first as a reporter in the Paris bureau of Women’s Wear Daily and later as an editor at Vogue, Harper’s Bazaar, and Time magazine. The youngest person ever to serve as editor in chief of Harper’s Bazaar, she is also the author of My Paris Dream and Everyday Icon: Michelle Obama and the Power of Style. Betts lives in New York with her husband, the writer Chip Brown, and their two children. 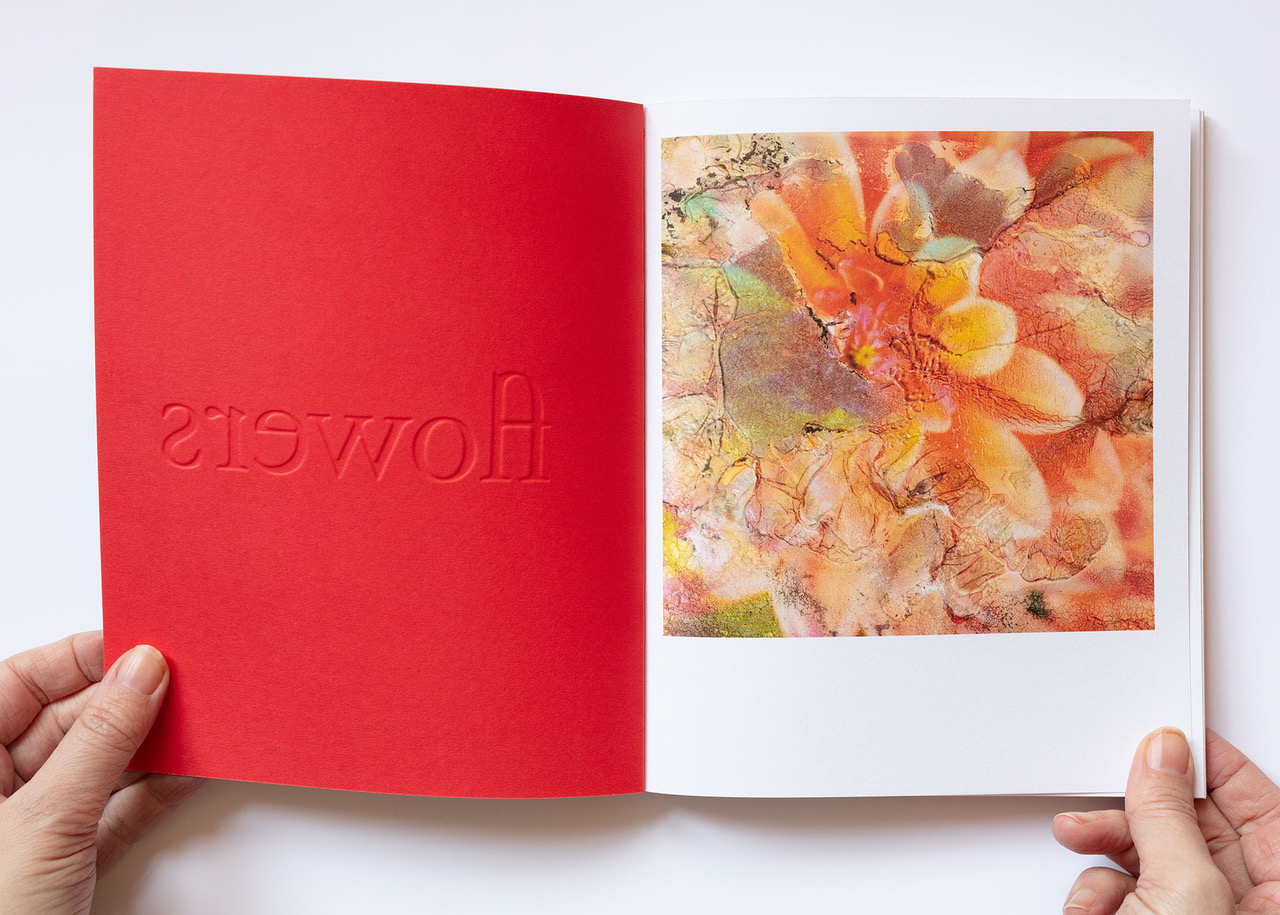 ‘flowers’ by Zara Carpenter, RIKARD
Made over the last year, this series of Polaroid chemigrams is a celebration of nature and that despite the darkness of the past year hope is growing and peeking up thought the soil to bring us joy and solace.My garden, as well as the plants that I grow outside and inside our home, have always given me comfort. Something that calms my mind, quiets the noise when nothing else can, in this past year even more so. Lockdown gave me the time to work on these images of flowers. Allowing me to push my process, seek new textures and visual landscapes, and create vibrant daydreams that I could lose myself in.These experiments were made from:Flowers grown Flowers receivedFlowers I have seen. Each flower carries with it the memory of a moment, place or person.170 x 205mm, 56 pages, 30 colour photographsBlind embossed softcover
174 Standard Edition copies and 26 Special Edition copies (includes a a unique Polaroid chemigram of a flower and an obi on the cover.)
Signed and numbered alphabetically from A-Z
You can buy ‘flowers’ here. 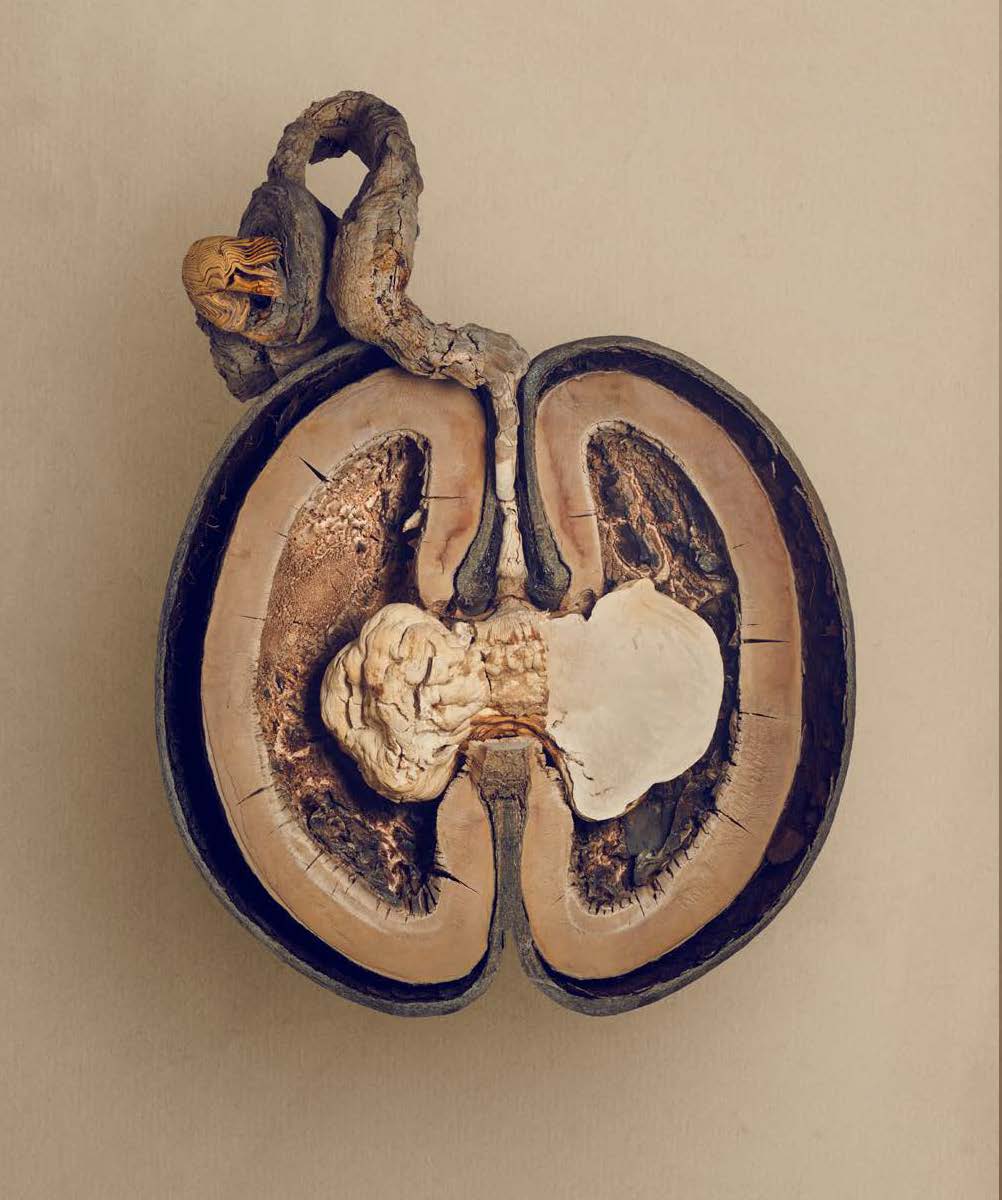 The Hidden Beauty of Seeds & Fruits is a unique photographic study of seeds and fruit in mind-blowing magnification that celebrates the wonders of nature and science. The pictures capture the breath-taking and beauty details of the world of carpology, the study of seeds and fruit. Each picture in this book is created from approximately 8,000 individual photographs. The samples come from the Carpological collection at the Royal Botanic Garden Edinburgh, Scotland. After searching through thousands of specimens, photographer Levon Biss has selected the 60 most unique and striking samples to be featured in this book. As with his previous book, Microsculpture, each image will be captioned with scientific information. The images will be on exhibition for the first time at the Royal Botanic Garden Edinburgh from May 2021.

Levon Biss is an award-winning British photographer who was born in London and now lives in Wiltshire. Throughout his career Levon’s work has covered a wide range of photographic genres, including portraiture, documentary and sport and his work has exhibited in numerous galleries and museums over the world.  For his previous book and project Microsculpture Levon did a TED talk and appeared on BBC’s Springwatch.

You can buy The Hidden Beauty of Seeds & Fruits: The Botanical Photography of Levon Biss here.

A Restless Land is Tessa Sinclair’s second published photobook. It is a carefully designed lay flat book produced by Envisage Books. It is printed in an edition of 75 copies on Mohawk Eggshell paper, a soft textured paper which produces deep blacks and rich colours. Each copy is then compiled and glued by hand. The images flow and pause with a rhythm through the landscape and the book leading toward a poetic text on the back cover.

The images lead a journey through vast empty vistas into enclosed tangled spaces, throwing a spotlight on details along the way, details which we may not have paid much heed to in ordinary times. If there was any beauty to be found inlock down, it is distilled here in this book. A Restless Land is a reverie of images that speak of isolation, and solitude and the restlessness that we all experienced in recent times.

It explores how we inhabit ‘place’ on different levels. The images portray the
physicality of the landscape, but they also evoke a state of mind. A sense of
unease permeates throughout the book resonating with the mood of the time. In many of the images, sharply defined detail in the foreground dissipates into a softness in the horizon. The viewer follows a trajectory from terra firma to speculation. They are invited to linger with their own thoughts in the space in between. In other images they are almost enclosed within the place, unable to see into see into the distance.

Boxed signed editions are presented with a limited edition print of one of the images (A4, on Hahnemühle Photorag paper)

You can buy A Restless Land here. 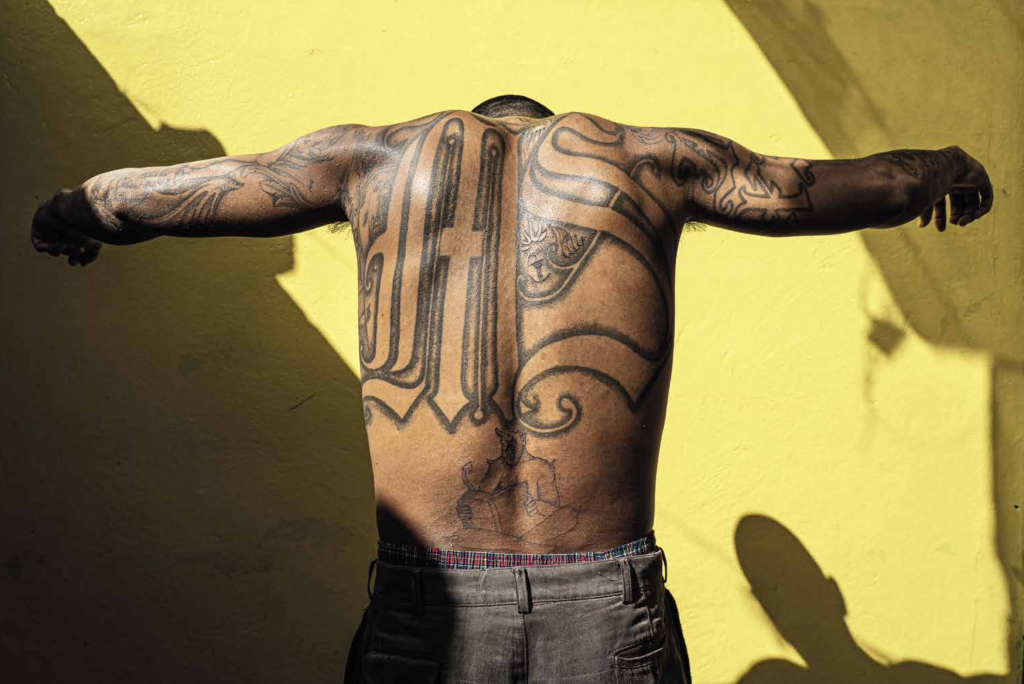 Sin Salida by photographer Tariq Zaidi documents the impacts of the notorious Mara Salvatrucha gang (MS-13) and its rival Barrio 18 gang members in El Salvador. By depicting the gang members, police, prisons, murder sites, funerals, and the government’s war against the gangs, Zaidi illustrates the control the gangs have over the wider Salvadoran society, the violence through which they operate and loss resulting from the violence.

Sin Salida is the result of over three years researching, planning and photographing. Zaidi met and liaised with multiple agencies in an attempt to represent the full circle the impact of the gang activity in Salvadoran society. The first photographs in the book were taken in 2018 but these were preceded by many months of gaining the trust of local contacts and research before Zaidi even set foot in El Salvador. It took a further year to gain permission from governmental bodies to visit the prisons, shadow the Attorney General’s office and further time still to gain permission to work with the police and special operations units.

You can buy Sin Salida here. 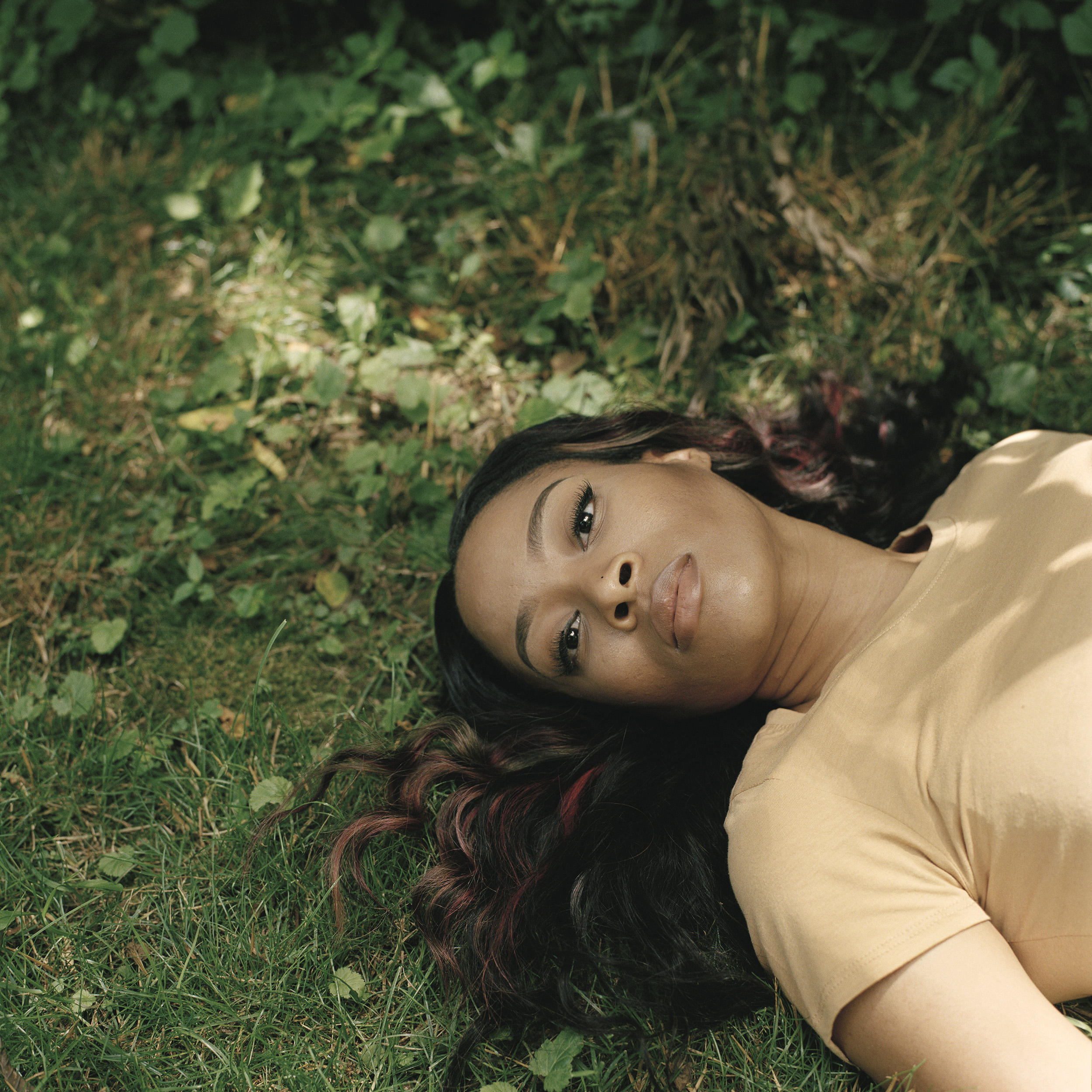 Portraits of women and girls intertwined with the photographer’s gaze, in a rare subversion of photography’s power relations.

This volume presents award-winning Pennsylvania-based photographer Lydia Panas’ much-praised series of mesmerizing color portraits of reclining women and girls. In an interesting reversal of roles, the artist’s and model’s gazes are intertwined, incorporating the viewer as a participant in an often uncomfortable connection. Critics and curators have praised the work for Panas’ artistic and technical mastery, and all have noted and examined the powerfully affecting gaze of her subjects. Panas notes: “While my subjects do in actuality turn their gaze towards me, it’s as if at times I turn the camera onto myself, both in the present and back in time.” In Sleeping Beauty, her subjects lie down, a metaphor for the position women have been placed in historically. But they look out with self-awareness, in a way that implies a lack of complicity.

You can buy Sleeping Beauty here.