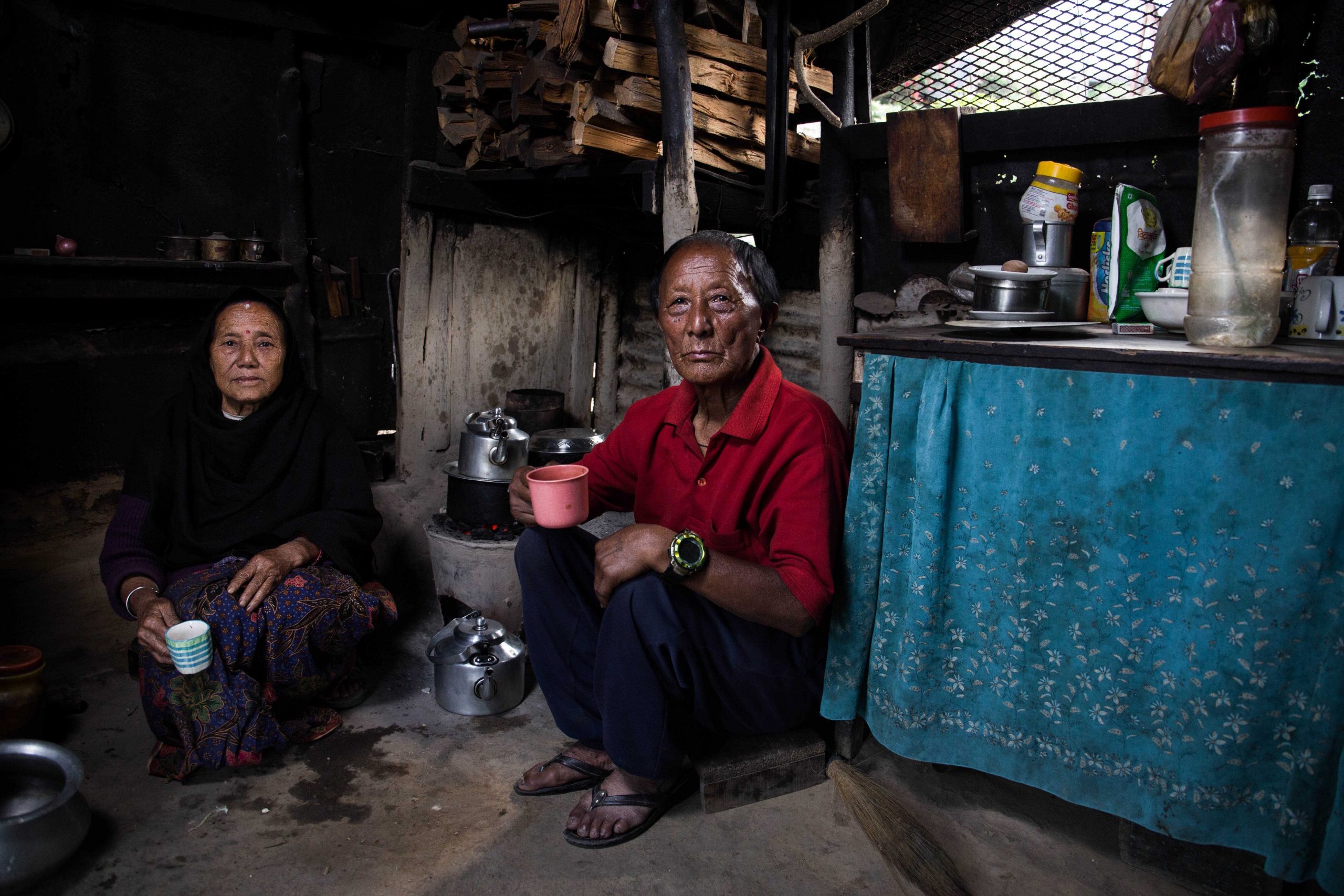 Whilst judging the Shutter Hub Photomasters Award we met Jonny Pickup – we liked his work, but even more we liked his passion and enthusiasm for sharing the story behind the work. He showed true compassion for his subjects and the unfair fair-trade of their work. Stories need to be told, so we asked Jonny along for an interview, to get the full picture.

Jonny Pickup is a documentary photographer and filmmaker from Salisbury, UK. He recently finished a Masters degree in photography at Leeds University and am now works a freelance, based part-time in London and part-time in Salisbury. His work focuses on the often unseen or forgotten areas of society, using still and motion imagery to help us question contemporary domestic and global issues.

You have most recently finished a project entitled ‘Flush’ which deconstructs the globalised product of Darjeeling tea. Could you please tell us about this project and its significance?

Flush documents the intercontinental industry surrounding Darjeeling tea, using a linear narrative to study the growth, production, and sale of this global product. This project aims to highlight current concerns of rapid urbanisation and tourism in Darjeeling. It endeavours to demonstrate globalisation as a consequence of modernity, and incorporates an anthropological investigation into the lives of plantation workers.

Chandra Mayam sits inside her bedroom/living room with her grandson in Darjeeling. Ironically, a painting hangs above her bed in which the colonial and contemporary perception of a tea plantation is depicted.

Although all three areas I investigated hold relevance, it is the documentation of the plantation workers that holds the most significance. Specifically the women who pick the tea leaves. These women and their families live in tin houses, get paid very little and rely completely on the plantations to survive. Further, a modern example of slavery and entrapment exists as families must replace workers who quit or retire else they lose the land they live on. In the western world we often believe that buying Fair Trade products helps to stop inequality and exploitation, but in this case it is merely fuelling it.

Often fair trade schemes shift the focus away from plantation wage labour and instead give emphasis towards small, low interest loans. For example, ‘loans for livestock’ schemes are common — they allow workers to borrow money to buy a cow, then sell the dung as manure back to the plantations and the milk to the surrounding community. Such initiatives are designed to empower workers, but instead ensure dependency on the plantation and ask additional labour from workers on top of domestic chores and plantation work.

What can be done to change this?

Awareness is the main thing. The term ‘Fair Trade’ is not always an instant solution to actual fair trade, but the more people know, the more pressure it puts on plantation owners to innovate change. At the moment the wealth divide is staggering within the tea industry, and companies take advantage of women and their families by paying them as little as £1.30 a day, while the tea sells for £110.00 for 300g in the UK. The situation is improving with a new law recently passed to push the minimum wage up to £1.30, in 2014 the BBC reported tea workers where getting paid as little as 64p.

Could you expand on the name ‘Flush’?

The name ‘Flush’ is both connotative to the ‘flushes of tea’ (the month the tea is plucked — first flush, second flush, third flush etc.) and also the slang meaning of wealth and/or money.

A lot of the images from this series are taken in quite intimate environments, often inside labourers' homes. How did you manage this? And was it ever a challenge?

Yes, indeed it was a challenge. But I suppose persistence was the key. I spent weeks going down to these small plantation communities and getting to know the subjects before photographing them. A plan from the start was to try and photograph workers in their homes to show the basic conditions they live in. Unsurprisingly, people were hesitant to be photographed. But over time this changed, once people understood why I was there, and the reason I wanted to photograph them, they were far more willing to take part.

Has the project been exhibited?

Yes, it is currently on show at the White Cloth Gallery in Leeds as an 8 week solo exhibition and some images have been shown at Photomasters in London.

What’s next for you as a photographer/filmmaker?

Well, I am currently directing a documentary film about a bare-knuckle boxer's journey to become the world champion, which has been a fantastic experience and should be out in the next few months.

In terms of photography I am currently working as a freelancer in the UK, but am looking to work abroad as much as possible documenting stories/events and am available for assignments globally. I also have a few personal projects that I am super excited about and will continue developing in the next few months.

What aspect of photography do you enjoy the most?

Meeting people. It's great to be part of a medium that allows you to connect with so many individuals, that’s certainly the aspect I appreciate the most and the reason I keep photographing. But I also love photography itself. Its ability to communicate complicated stories or emotions through still imagery is fascinating. When holding a camera you have the capacity to freeze a moment in time, to create a memory, to communicate, to do good and to do bad. It is the paintbrush of the non-artistic and of the artistic. It is a fantastic medium.

How did you get into photography?

I always enjoyed photography from a young age—even if I didn’t really realise it at the time. Due to my dad’s job in the military I lived and travelled all over the place and from each new location we moved, he and my mum would think up new adventures to take us kids on. Along with my brother and sister we would climb mountains, cross deserts, or camp in the wilderness and on each journey photography would be an essential component. We would be freezing cold, crying, or restless but would have to pose for a photo; it was truly an unavoidable part of my childhood and something my dad certainly loved and took pride in. Often he would give me the camera and ask what I thought was a good picture, or if I could take a picture of him and my mum. He had a real eye for composition and I suppose I got into it through him.

But when I was 16 he died from cancer and I didn’t really photograph over that period of my life. It wasn’t until I turned 18, left school and went on my own travels that I really started to photograph. I didn’t know anything technical about photography and so taught myself as I went. Over the next six years I lived and travelled abroad and truly developed a passion for it.

A man gives thanks to the sacred river Ganga during a misty sunrise in Varanasi, India. It is believed by Hindus that bathing in the river causes the remission of sins and facilitates Moksha (liberation from the cycle of life and death)

Who inspires you as a photographer?

Martin Parr, Henri Cartier-Bresson, Don McCullin and Steve McCurry are without doubt the photographers that have influenced and inspired me the most.

Where do you see yourself in 10 years?

With a camera in hand, documenting stories, conflicts and people.

Portrait of three labourers aside the second highest driveable road in the world, Ladakh, India

You can see more work by Jonny Pickup on his Shutter Hub profile here.