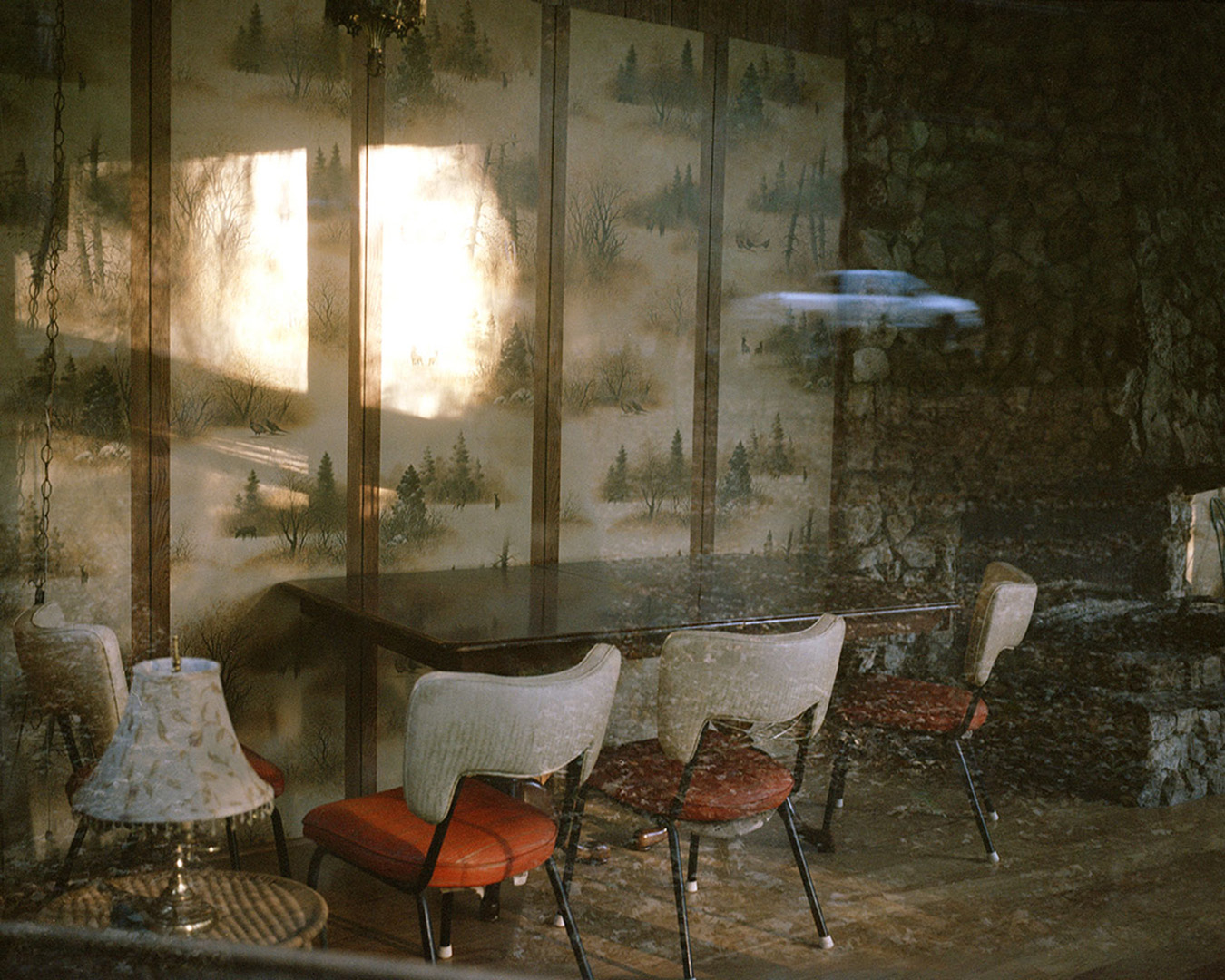 There’s been so much going on lately, so many great things, and we really wanted to share a big bunch of happy news.

First we have to share something most bittersweet. Good news from sad news.

Wonderful photographer, charming human, (and Shutter Hub member) Melanie Eclare has won the acclaimed first prize for her photographic series After the Fire in the Verzasca Foto Festival. The series was also shortlisted for the Siena International Photography Competition.

Not only this, but Fotofilmic have selected Summer Cabin (above) from the After the Fire series for their travelling exhibition in Los Angeles, Melbourne and Vancouver.

This fantastic news is overshadowed by the terrible news that Melanie has a very aggressive leukaemia and is fighting hard each day to survive. Read Melanie’s story, told in her own beautiful words here, and make a donation towards her fund for treatment if you can.

In support of Melanie renowned staff and students at Plymouth University are fundraising through the sale of original photographic prints and Fotofilmic are also holding a fundraising month of print sales.

You can find a full article on the After the Fire series here.

We all wish Melanie very well. 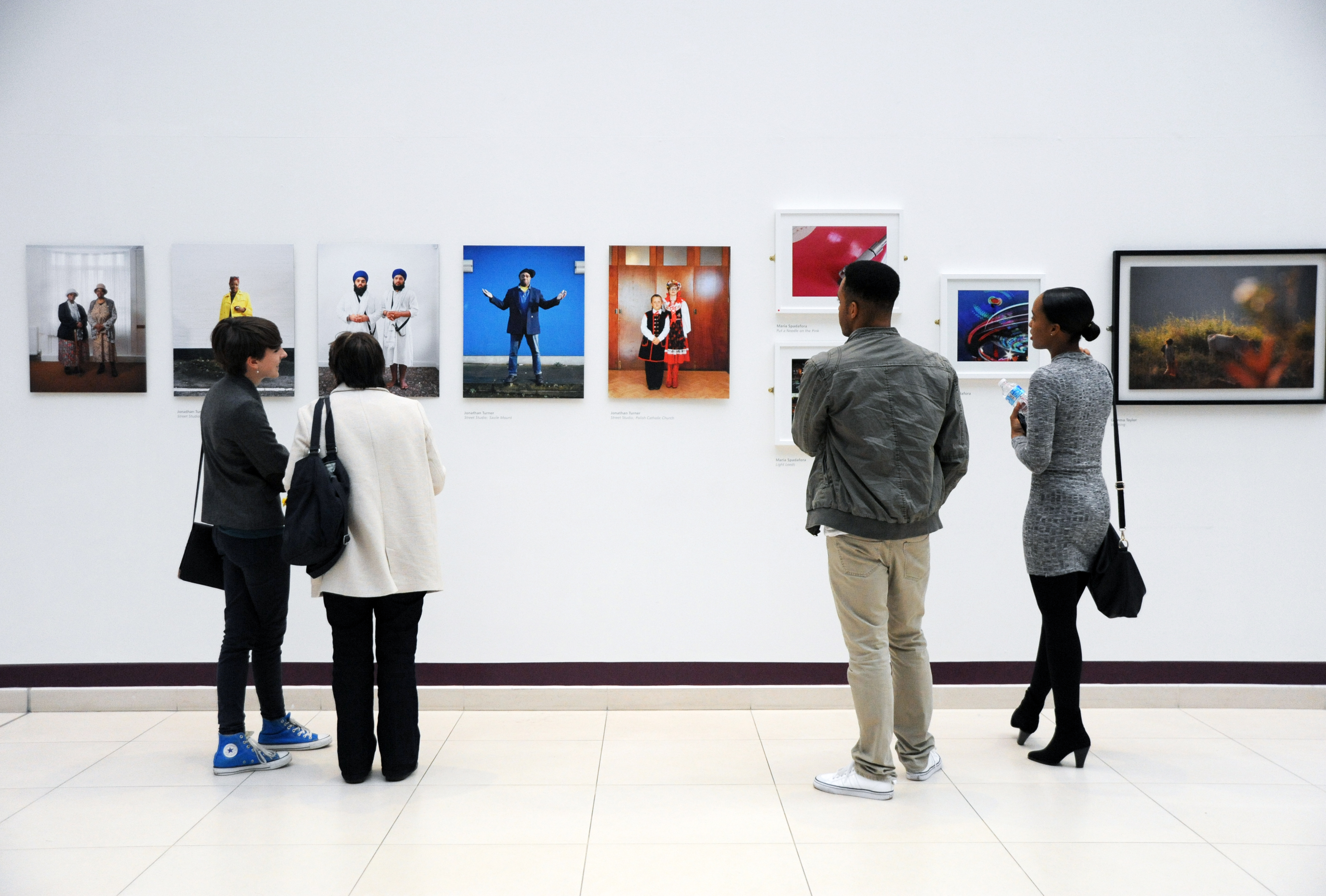 After a wonderfully successful OPEN exhibition in Cambridge, we were delighted to launch our new exhibition, BRIGHT, on 5th August at The Atrium Gallery in St James's Institute of Oncology, Leeds. There have been some wonderful and touching stories shared already, and our goal to create an exhibition with a positive impact has already been met! If you've not already read about the opening event, the stories, or had a look at the private view photos, then you can do all of that over here!

25% from all sales from the exhibition will be donated to Yorkshire Cancer Appeal. The exhibition runs until the 26th October 2016 and is open 24/7. 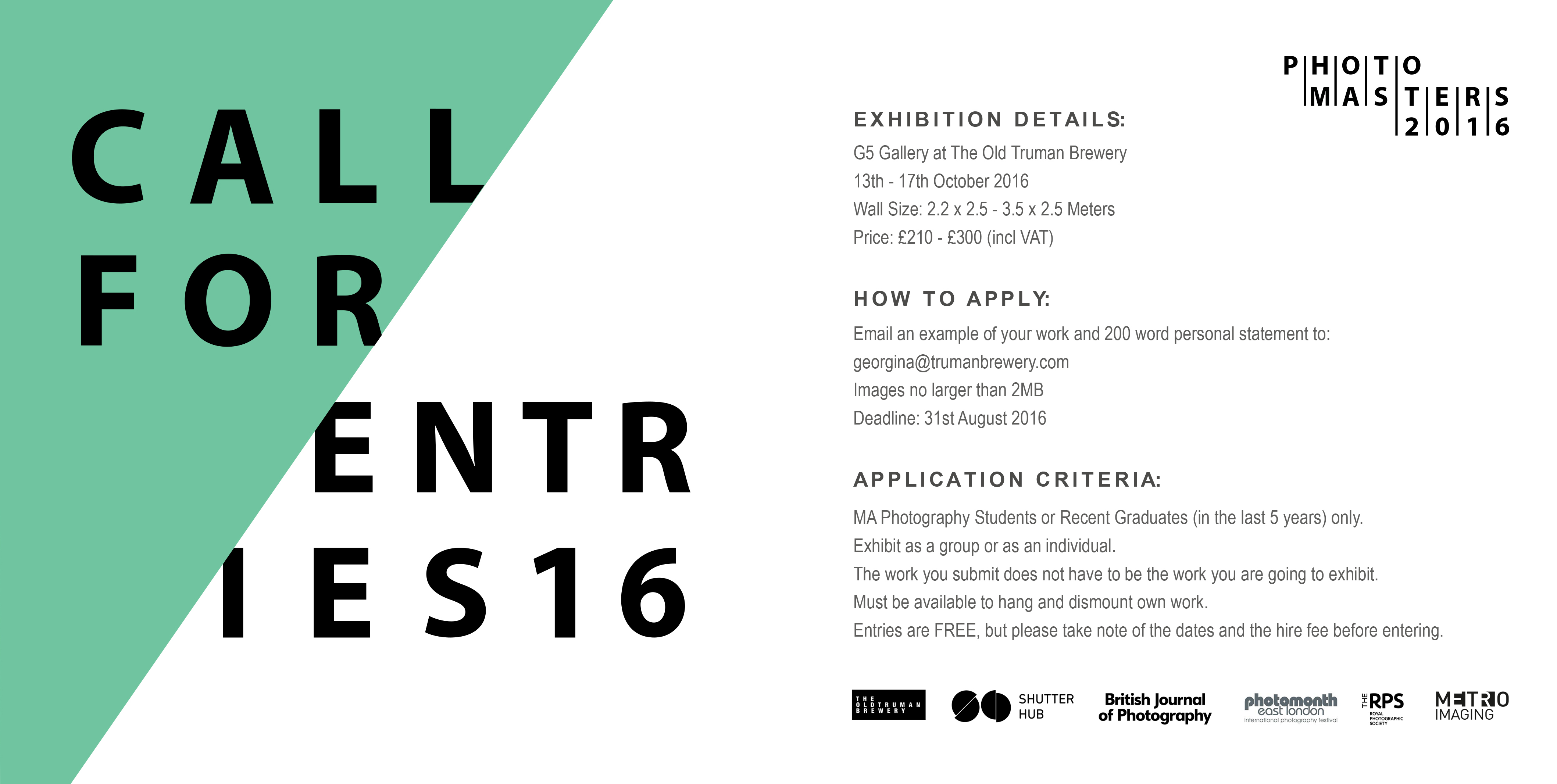 We're chuffed to be supporting Photomasters again this year. We'll be sponsoring the Shutter Hub Photomasters Award 2016, and running a Peer Review session with our good friends from Metro Imaging. More to be announced soon! 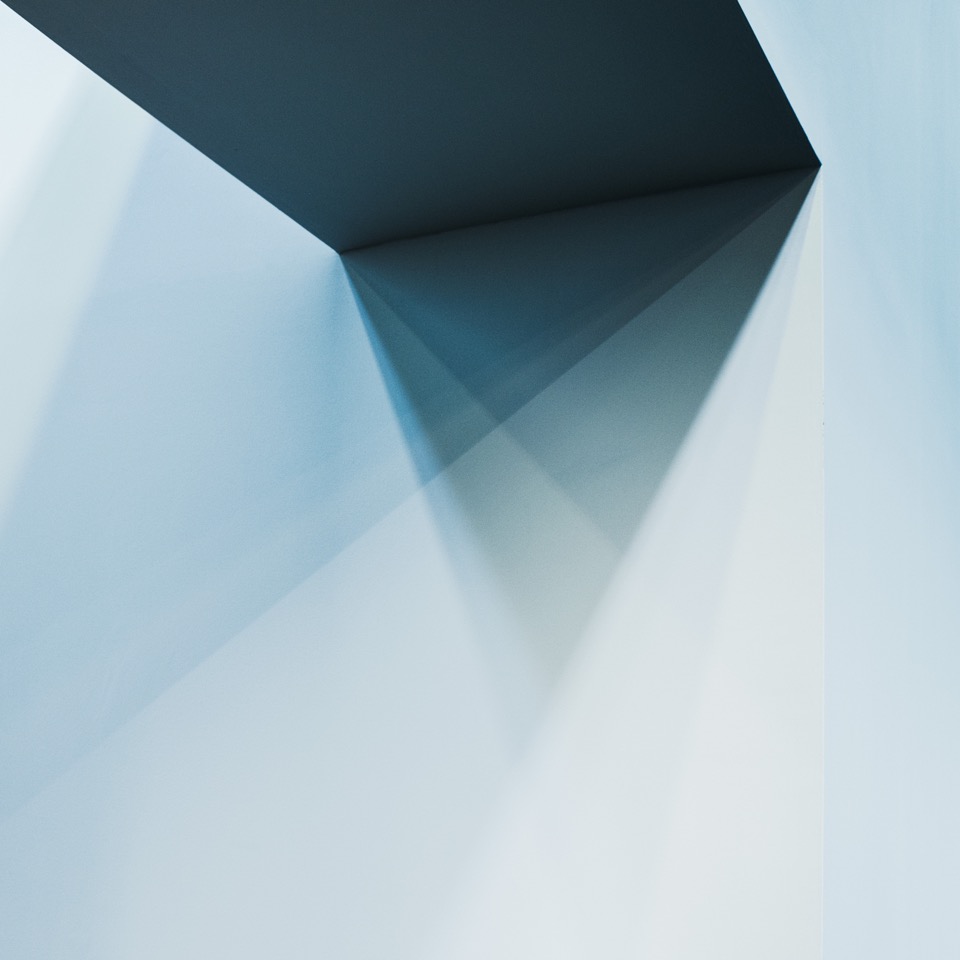 Phil Lavery is exhibiting with other Shutter Hub photographers in BRIGHT at the moment, he's also, very excitingly had two pictures accepted for The Royal Scottish Academy Open, Edinburgh (and they are being exhibited till 30th August)  and Transitional Spaces /Turner #7112 (above) has been shortlisted for the Art Gemini Prize and will exhibited at Asia House, London from 22 September – 30 September.

After a heart attack earlier this year, Phil, feeling very lucky, decided to start entering photo competitions which either had an exhibition or publication as the end result.

“The first I went for was Der Greif Magazine “A process 2.0” exhibition as part of Krakow Photofest and one of my images got through… Next was the Cambridge OPEN, organised by Shutter Hub and another image was accepted, then RPS International four images through to the print stage, BRIGHT Leeds, again organised by Shutter Hub, three images accepted, Der Greif Issue 9 an image preselected but didn't make the final cut for publication. A few weeks later I was amazed to find out that my two images entered for the Royal Scottish Academy of Art & Architecture Open Exhibition had both got through – and then last week I was told that one image had been shortlisted for the Art Gemini Prize and would be exhibited at Asia House, London…

Honestly I can't believe it, if it hadn't been for my heart attack I probably would never have thought about entering for these exhibitions/publications and if it hadn't been for the advice, help and support I had from RPS members and the Shutter Hub community, I would still just be taking photos that never left the digital domain and I would not have progressed or achieved anything…”    Phil Lavery.

Another proactive Shutter Hub member, Elaine Duigenan has just won Gold at the Prix De La Photographie Paris with her series, 'Blossfeldt’s Apprentice'. We'll be featuring a more detailed 'CLOSE UP' piece on Elaine's work soon. You can see more of the 'Blossfeldt’s Apprentice' series here. Aside from being selected from thousands of entries across 85 countries to win the Gold at the Prix De La Photographie Paris, awards also include two second places in the Moscow International Foto Awards and being shortlisted for the RPS Print Exhibition. 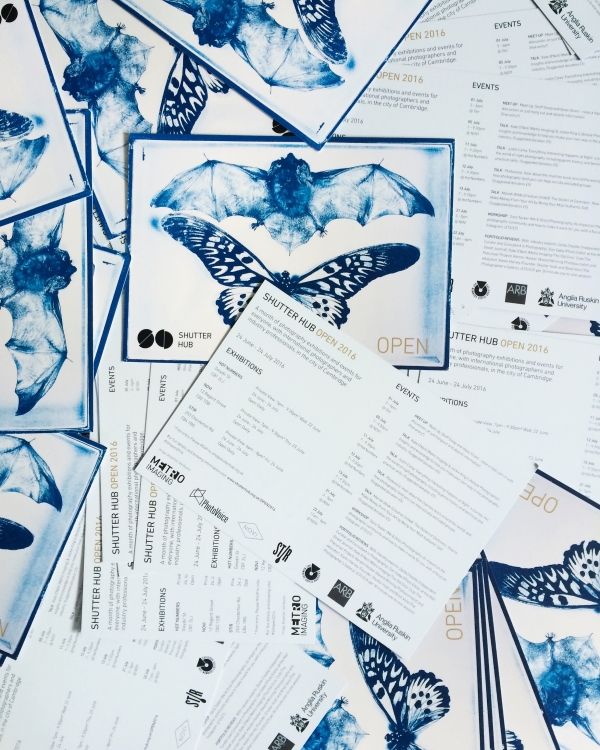 Did we mention the Shutter Hub OPEN? We did?! Ah, well we had such a great time! If you’ve not already read the round-up of all the events, then you really should. Over 10,000 visited the three venues over the month, and every word of feedback we got was more positive than the next. It’s going to be a hard one to top! Please do have a read, take in some of the positive feedback we got, feel as full of joy as we do about it all!

The Best in Show award, as chosen by public vote, went to Anne Erhard for her beautiful image, Untitled 2016. 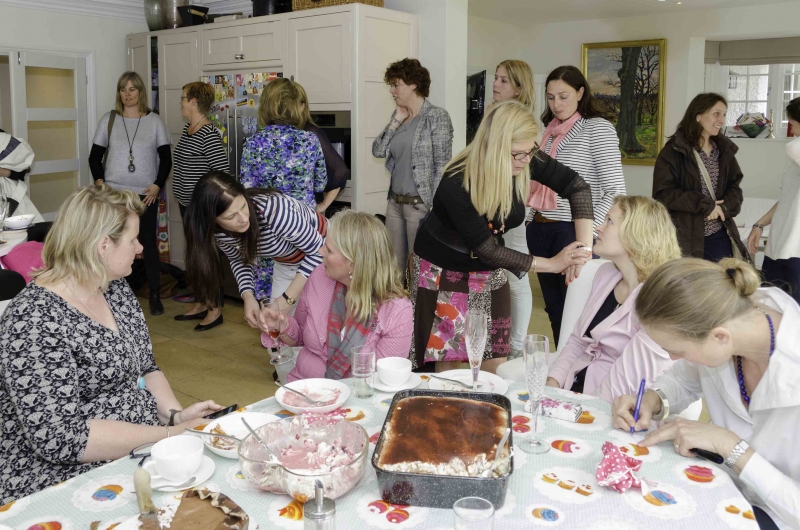 Orande Mensink has been announced as a finalist in The Renaissance Photography Prize 2016 having had not one, but two images selected.

“Renaissance Photography Prize is an international award that showcases outstanding photography from emerging and established photographers while raising funds to support young women with breast cancer.”

Orande, who was the recipient of a Shutter Hub Photomasters Award in 2015, is currently exhibiting one of the shortlisted pieces, Hilke's Birthday, (above) at our BRIGHT exhibition with fellow Shutter Hub photographers in Leeds.

– Shutter Hub sponsored the Retina Festival Photomarathon earlier this year.  “The photomarathon was a great event, with people of all ages exploring the city hunting down the perfect shots. The restricted nature of film and the one shot per topic rule made everyone really work hard and the results are incredible. Everyone who took part should be really proud.”    Jennifer Wood, Retina Festival.

– Here's a fantastic interview with Shutter Hub member Alexandra Lethbridge over on lensculture.

– Mark Tipping was recently interviewed for a large article in Black & White Photography magazine (August) about his iPhone work. You can see that here.

Got your own good news to share? Drop an email to: submissions@shutterhub.org.uk