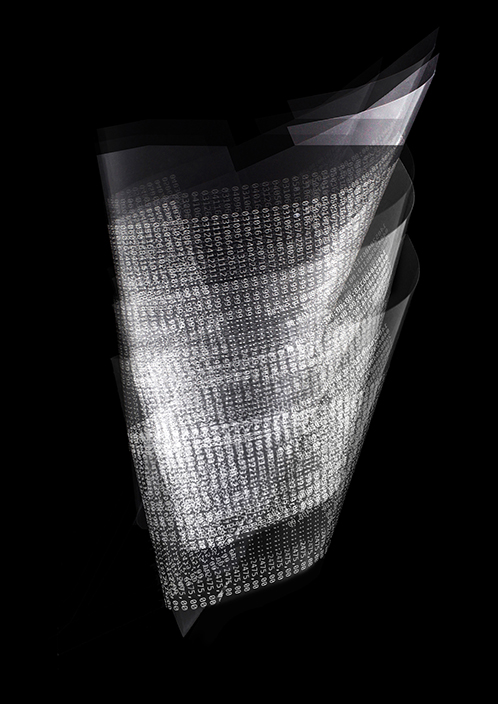 We’re very proud to announce that Christiane Zschommler’s Beyond Orwell has been, very deservingly, shortlisted for the Aesthetica Art Prize 2019.

“And if all others accepted the lie which the Party imposed—if all records told the same tale—then the lie passed into history and became truth”. George Orwell, 1984

I was brought up in a block of flats overlooking the strip of No-Man’s Land, behind The Berlin Wall. There was no access to the other side. Every night, the floodlights which lit up the forbidden ground intruded into the privacy of my bedroom.

Below, guard dogs barked as they ran up and down, within clearly defined parameters, tethered to wires running from a horizontal pole. From my window we threw food to them. For a while they would be quiet, the only noise coming from the city trains as they passed our flats before disappearing into the tunnel which led to the West.

I was seven years old when I heard a woman scream as she was shot in No-Man’s Land, trying to escape to the West. The incident was never mentioned by my family or reported in a newspaper; I never forgot it.

327 people were killed along the border between the former East and West Germany, with 139 people dying at The Berlin Wall between 13th August 1961 and 9th November 1989.

At the beginning of the 1980s, my elderly grandmother smuggled George Orwell’s forbidden book ‘1984’ in her underwear through Checkpoint Charlie, from the West. The reality in East Germany mirrored the worst of the paranoid excesses set out in Orwell’s book.

It is impossible now to imagine that, prior to 1989, 15,000 people worked every day at the Head Office of The State Security Service in Berlin. The total number of employees was around 97,000 and there were 189,000 ‘Unofficial Collaborators’ (IMs). In addition, a vast network of public informers extended into workplaces, apartment blocks, schools, hospitals, banks and political organisations, generating thousands of daily and weekly secret reports.

Looking back at the evidence now, the full reality, scope and scale of hidden surveillance in the GDR at that time was beyond even my imagination.

See Christiane’s Shutter Hub portfolio here, to find out more about her work.