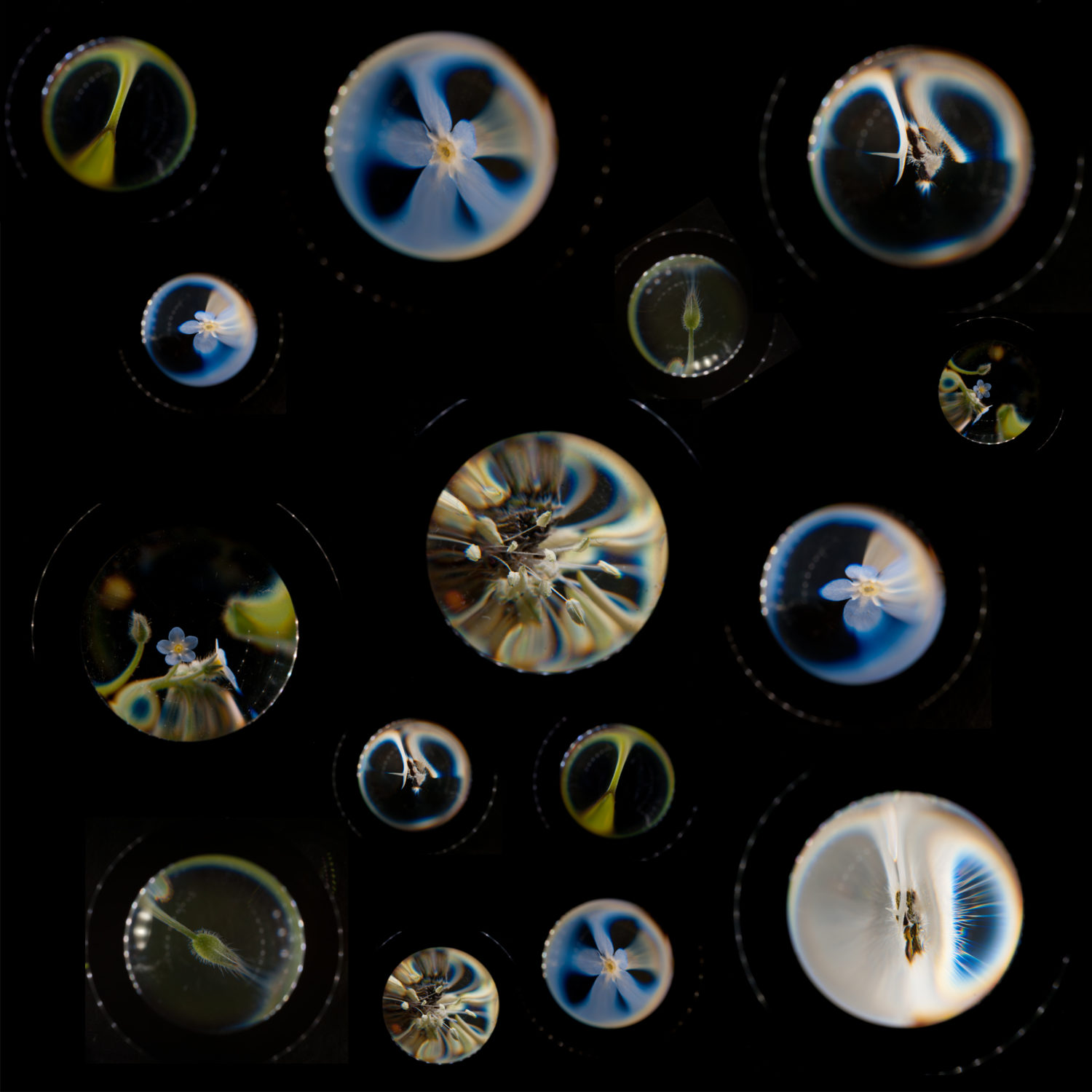 Verdant Works (Dundee’s Jute Museum) was built in 1833 on lush meadows, once buzzing with insect life. We have now lost a huge amount of our meadows, throughout Scotland. And the insects that lived in them are in trouble.

Shutter Hub member Kit Martin’s Fray takes a forensic look at insects and wildflowers using digital and historical photographic processes. The exhibition looks closely with admiration at some of our essential yet diminishing pollinators and the wildflowers on which they feed and by chance, pollinate. Most of the specimens involved are from museum natural history collections. 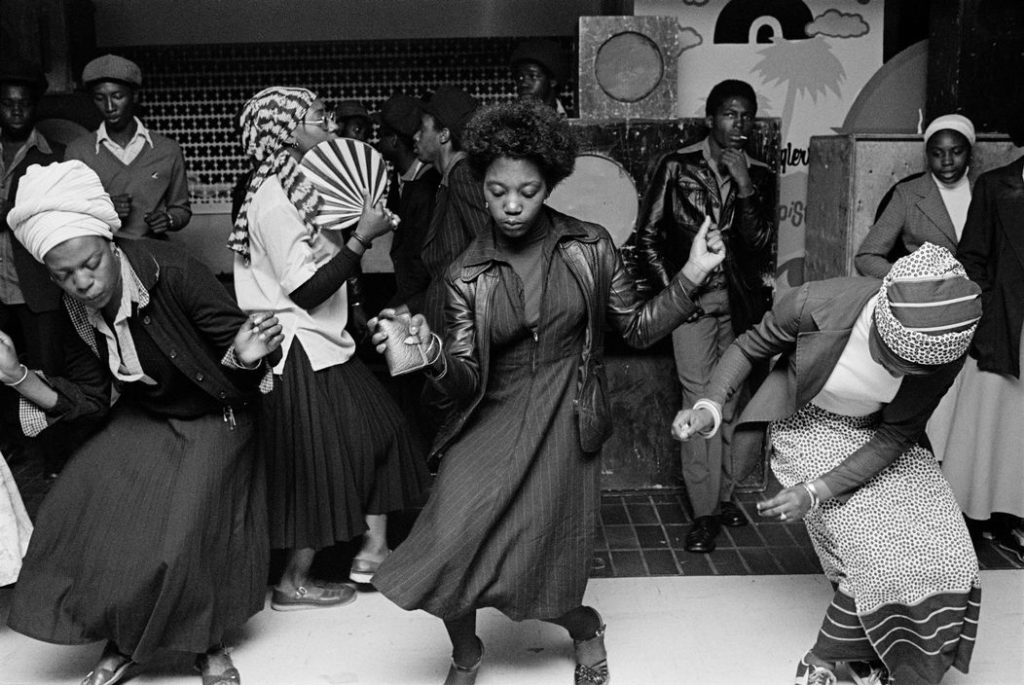 Chris Steele-Perkins: Some Kind of Truth

Magnum photographer Chris Steele-Perkins (b.1947, Burma) studied psychology in Newcastle before moving to London in the 1970s and pursuing a career in photography. Alongside freelance work he began to manifest an ongoing interest in documenting subcultures and marginalised societies across the UK. Perhaps his best-known work from this period is The Teds (1979), an intimate series of portraits of young teddy boys, which brilliantly capture the style, culture, attitude and identity of the group.

In 1975 Steele-Perkins began working with EXIT – a photography collective focused on highlighting urban poverty in British cities – resulting in the acclaimed publication, Survival Programmes (1982). This searing visual record of the breakdown of social values and justice has come to be regarded as one of the most significant testimonies of a nation in crisis and emblematic of Steele-Perkins’ photographic intent. He joined Magnum Photos in 1979 and soon began working extensively in the developing world, in particular Africa, Central America, and Lebanon, as well as continuing to take photographs in Britain.

Marking ten years since the publication of England, My England (2009) – a compilation of 40 years’ worth of photographs, Some Kind of Truth presents a selection of images (many rarely seen) that look back over an extraordinary career and reflect his belief in exposing the bigger picture through ‘small worlds’.

Kinship navigates the dynamics of modern relationships. The exhibition presents projects from seven photographers, all women, addressing traditional ideas of how people might relate to others based on their gender, age, or position within a family. Together, the artists seek to open up new ways of thinking about how we express our sense of kin — as friends, family and partners.

In Experimental Relationship, Pixy Liao presents her everyday dynamic as a Chinese born woman in a relationship with a younger Japanese man. Her photos consist of ‘experiments’ with her partner that subvert the traditional gender roles of heterosexual relationships. By playfully inverting the balance of sex and power, Liao opens up a space to re-approach relationships and move beyond unfair gender roles.

Johanna Heldebro takes a different approach to capturing private family dynamics. After some time of having no contact with her father following her parent’s divorce, she learned that he was living a new life in Sweden. She decided to cross the Atlantic to learn more about him by taking photos of his new life, without his knowledge. Using techniques learned from police surveillance photography, Heldebro’s To Come Within Reach of You charts the artist’s attempts to learn about her father’s new life.

Lydia Goldblatt also photographed her father, following him through his experience of living with dementia during the last years of his life. Still Here also involves images of her mother going through the experience of losing someone, alongside close-up images of moments and objects that act as visual poetry.

One Day Young, a project from Jenny Lewis, captures intimate portraits of women with their newborn children on the very first day of their lives together. Rather than photographing mothers in hospitals, she visits them in their homes, all a bike ride away from her flat in Hackney. The portraits share a powerful range of emotions women experience at the start of their motherhood.

In an early project titled Family (1994), Margaret Mitchell photographed her nieces and nephews growing up on an estate in Glasgow. In this Place, a new series begun in 2014, revisits the lives of her late sister’s children, documenting their relationships against the backdrop of urban displacement and inequality that passes from generation to generation.

For the past three years, Open Eye Gallery has collaborated with residents from the Northwood Golden Years group in Kirkby, alongside filmmaker Jemma O’Brien and photographer Tony Mallon. For Kinship, Jemma O’Brien presents a new collaborative video work that reflects upon the close ties, trust and friendships formed between the group over the fifty years they have spent together and witnessed their hometown change.

Kinship is part of RISE, a year-round programme by Liverpool City Council to champion the achievements of women and celebrate underrepresented histories. As part of this, Open Eye Gallery is seeking to address a historic gender imbalance in photography by ensuring at least 80% of the artists they work with this year are women or a gender minority. 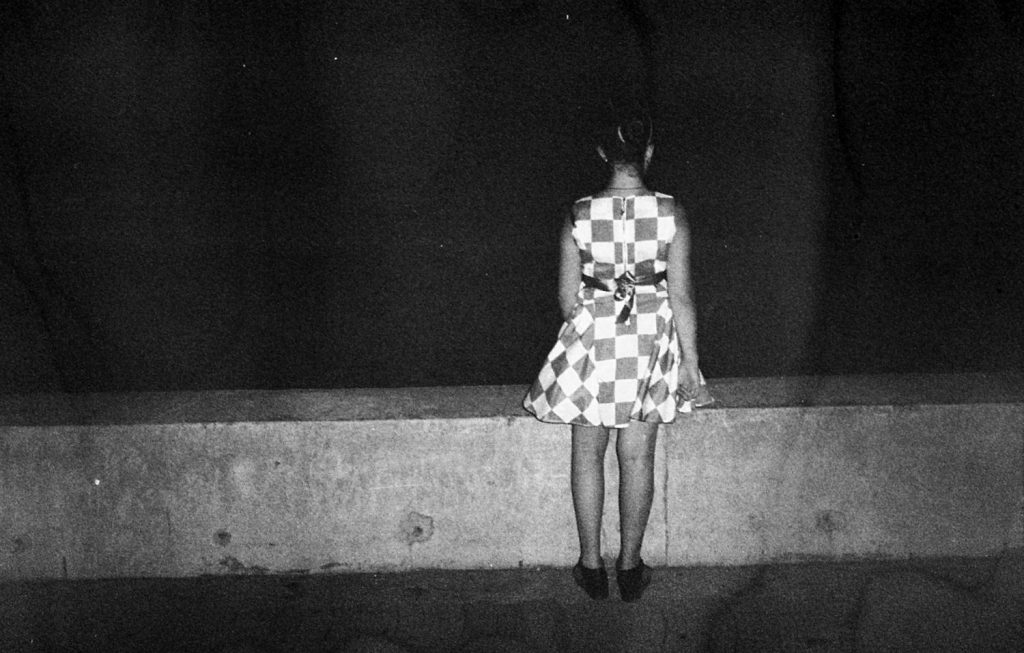 Marked by the incredible success of the 2018 edition at the CENQUATRE-PARIS with more than 48 000 visitors, the Circulation(s) festival is coming back for three months as a central exhibition of the CENTQUATRE-PARIS. Dedicated to young european photography, the festival offers for the sixth consecutive year a crossed perspective of Europe through photography. It aims to help talented emerging European photographers gain visibility and bring their contemporary and artistic creations to the front stage. and to allow their contemporary and artistic creations to be discovered.

For the first time, the 2019 artistic direction is entrusted to the duo The Red Eye (Audrey Hoareau and François Cheval). The second news about this year is that the festival is part of the France-Romania season and exposes 4 emerging Romanian artists.

Based on the main exhibition that gathers 37 European photographers, Little Circulation(s) is back in 2019, still dedicated to children, and with an educational programme and activities thought out for the youth. 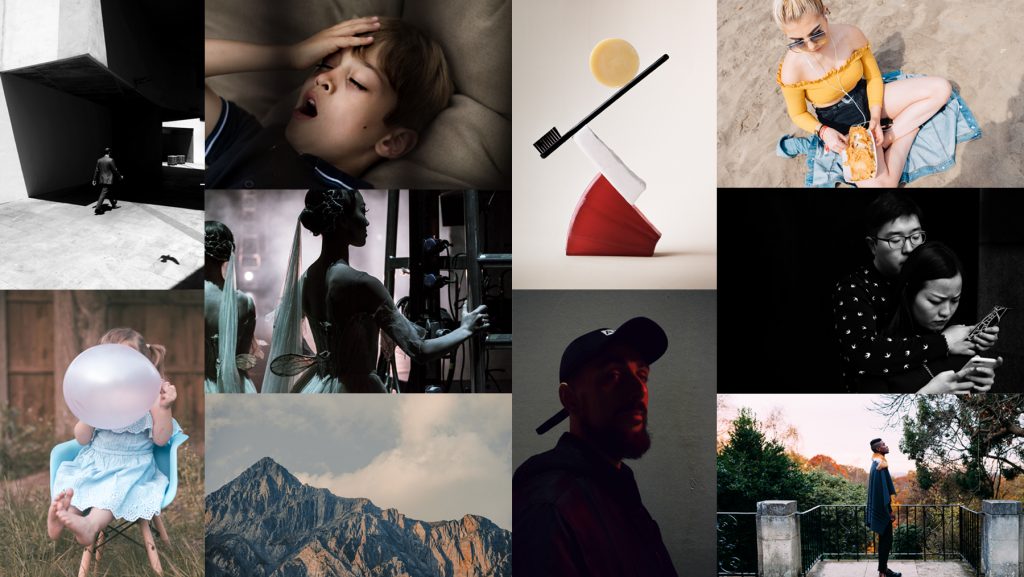 The LIoP Show 18/19 will take place during the Free-Range Photography Festival at the Truman Brewery.

The exhibition showcases a selection of work from current and past students of the LIoP Professional Photography Course and Portfolio Development Programme.

The FREE-RANGE Photography Festival is one of London’s most important photography events. It attracts a huge audience of professionals and photography lovers alike. 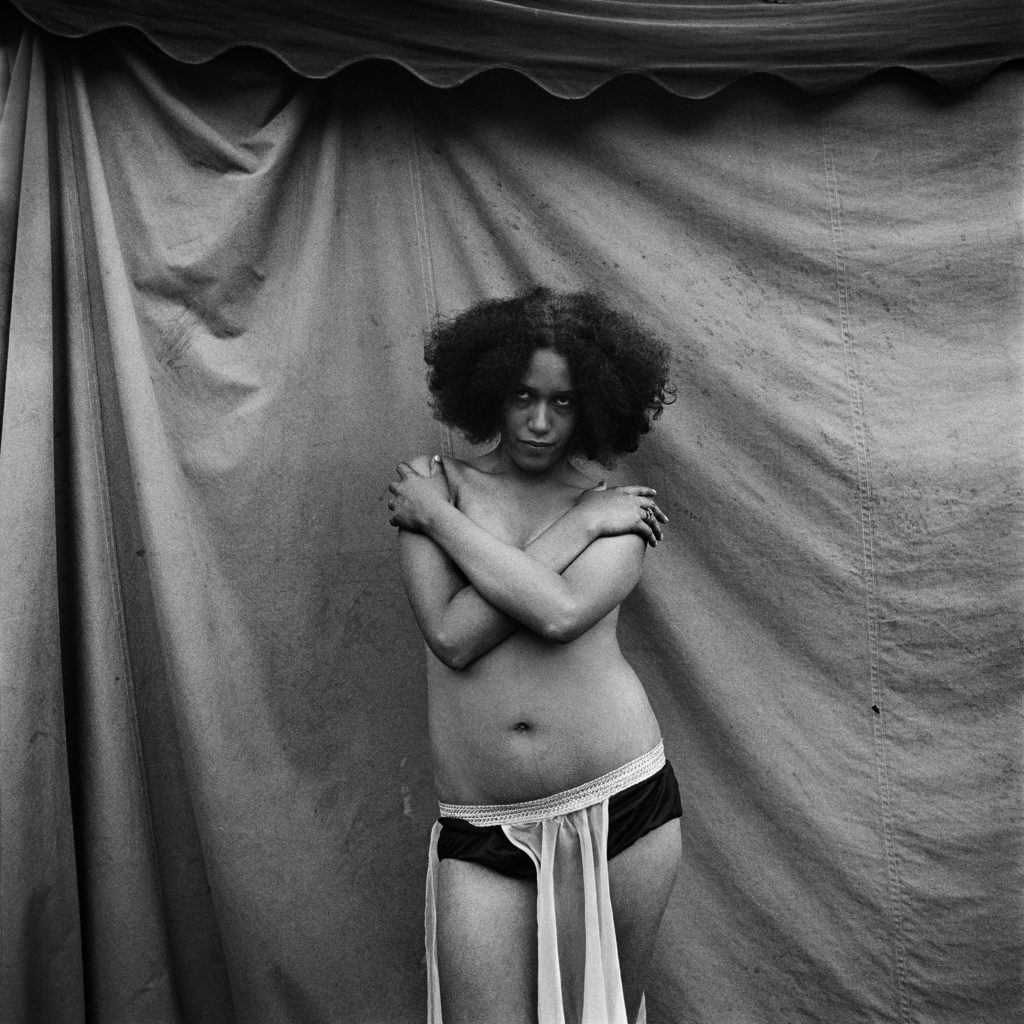 The Body Observed, a major new photography exhibition, organised by the Sainsbury Centre and Magnum Photos, will include over 130 works from the 1930s to the present. The exhibition will explore how Magnum photographers have turned their lens to the human body, examining issues such as identity, intimacy, sexuality and ritual, to voyeurism and performance amongst others.

The exhibition will include well-known images such as Eve Arnold’s portraits of Hollywood icon Joan Crawford, and Philippe Halsman’s Dalí Atomicus, a work selected for TIME magazine’s “100 Most Influential Images of All Time” in 2016. Also included are photographs by Alec Soth from his series Niagara— an exploration of melancholy love in one of America’s best-known honeymoon destinations, photographs from Susan Meiselas’ celebrated Carnival Strippers series and Alessandra Sanguinetti’s Ophelias, from The Adventures of Guille and Belinda, inspired by John Everett Millais’ classic painting.

The body has been a recurrent subject throughout the history of art but the advent of photography offered new opportunities to engage with past modes of representation. Photography had the potential to mimic or subvert existing visual codes and the camera has been used to examine, categorise, scrutinise and objectify the human form, establishing a new visual language.

The exhibition will be curated by Monserrat Pis Marcos, curator at the Sainsbury Centre, in collaboration with Emily Graham, Cultural Commissions & Partnerships at Magnum Photos. 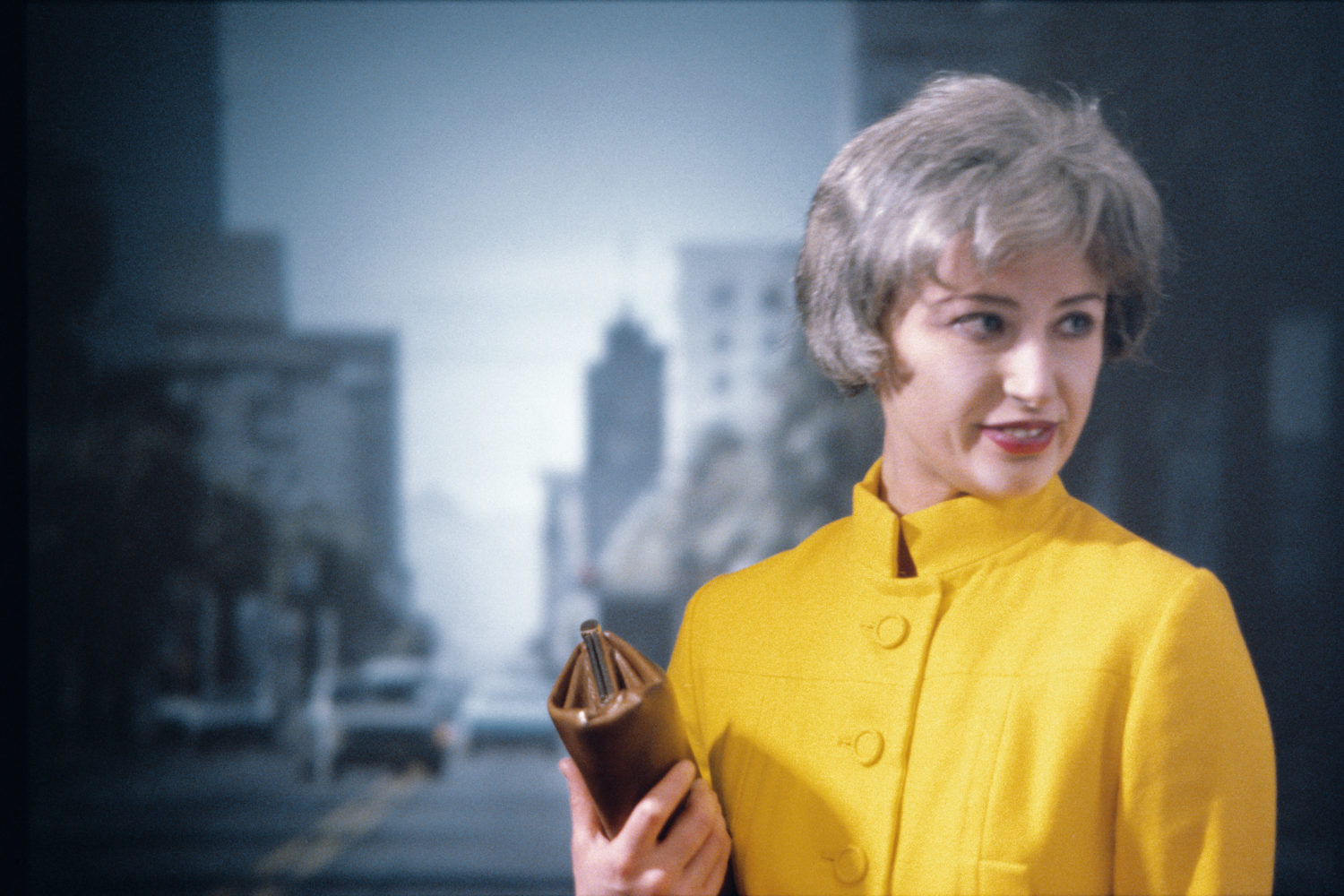 Untitled #74 by Cindy Sherman, 1980. Courtesy of the artist and Metro Pictures, New York

A major new retrospective of works by leading contemporary artist Cindy Sherman will go on display in Summer 2019. Including the ground-breaking series, Untitled Film Stills, 1977-80, this major new exhibition will explore the development of Sherman’s work from the mid-1970s to the present day, and will feature around 150 works from international public and private collections, as well as new work never before displayed in a public gallery.

Focusing on the artist’s manipulation of her own appearance and her deployment of material derived from a range of cultural sources, including film, advertising and fashion, the exhibition will explore the tension between façade and identity. 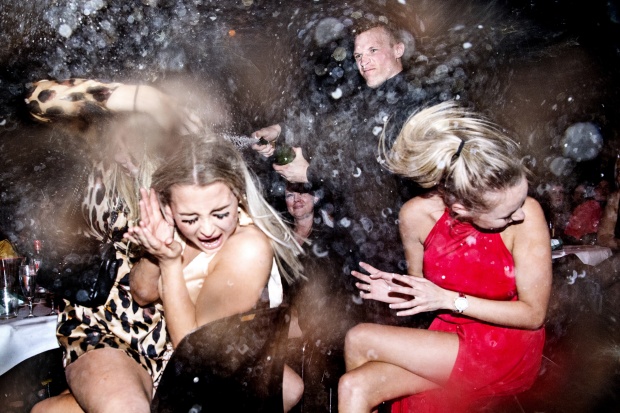 From June 6 to June 16 Scandinavia’s largest photo festival will take over Copenhagen for the tenth time with an impressive programme that celebrates Danish photography and sets the agenda with current social themes. With the main categories Framing Identity, Framing Society and Framing Vision, the festival participants will experience international and Danish world-class photographers for an eleven-day visual discussion of themes such as xenophobia, self-staging and photography as an art form.

On the occasion of the tenth anniversary, the festival this year has a special focus on Danish photo art through exhibitions and activities in the capital’s urban spaces – from public transport over central places in Copenhagen to city life around the harbour bridges.