Lady on a bus, N.Y.C. 1957 Courtesy The Metropolitan Museum of Art, New York/ Copyright © The Estate of Diane Arbus, LLC. All Rights Reserved.

diane arbus:  in the beginning
This exhibition explores the first seven years of photographer Diane Arbus’ career, from 1956 to 1962. Arbus made most of her photographs in New York City, where she was born and died. Her photographs of children and eccentrics, couples and circus performers, female impersonators and pedestrians are among the most intimate, surprising and haunting works of art of the 20th century.

This exhibition is the first solo show of Arbus’ work in the UK for 12 years. Organised by The Metropolitan Museum of Art, New York, it features more than 100 photographs, the majority of which are drawn from the Diane Arbus Archive, and have never before been exhibited in Europe. 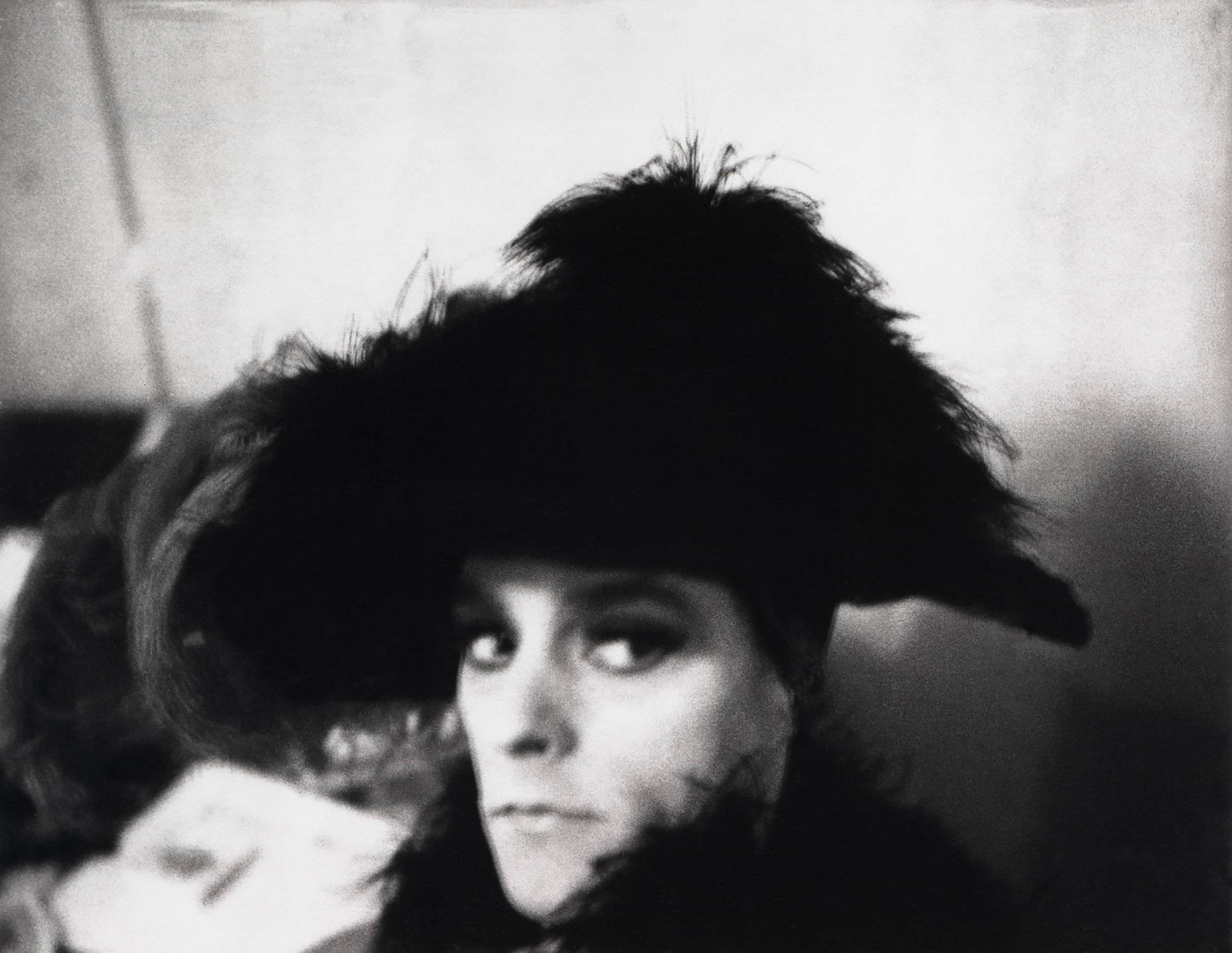 ULAY
ULAY is an unclassifiable artist whose trajectory amounts to a radically and historically unique oeuvre operating at the intersection of photography and the conceptually-oriented approaches of Performance and Body art.   His first exhibition with Richard Saltoun Gallery, and his first in London since 2013, focuses on the artist’s remarkable photography and his long-standing commitment to exploring and expanding the medium. Starting with Ulay’s early works in Polaroid from the 1970s, the exhibition spans to include performative photography, featuring new works exhibited to the public for the first time, as well as a film of one of his most important actions. 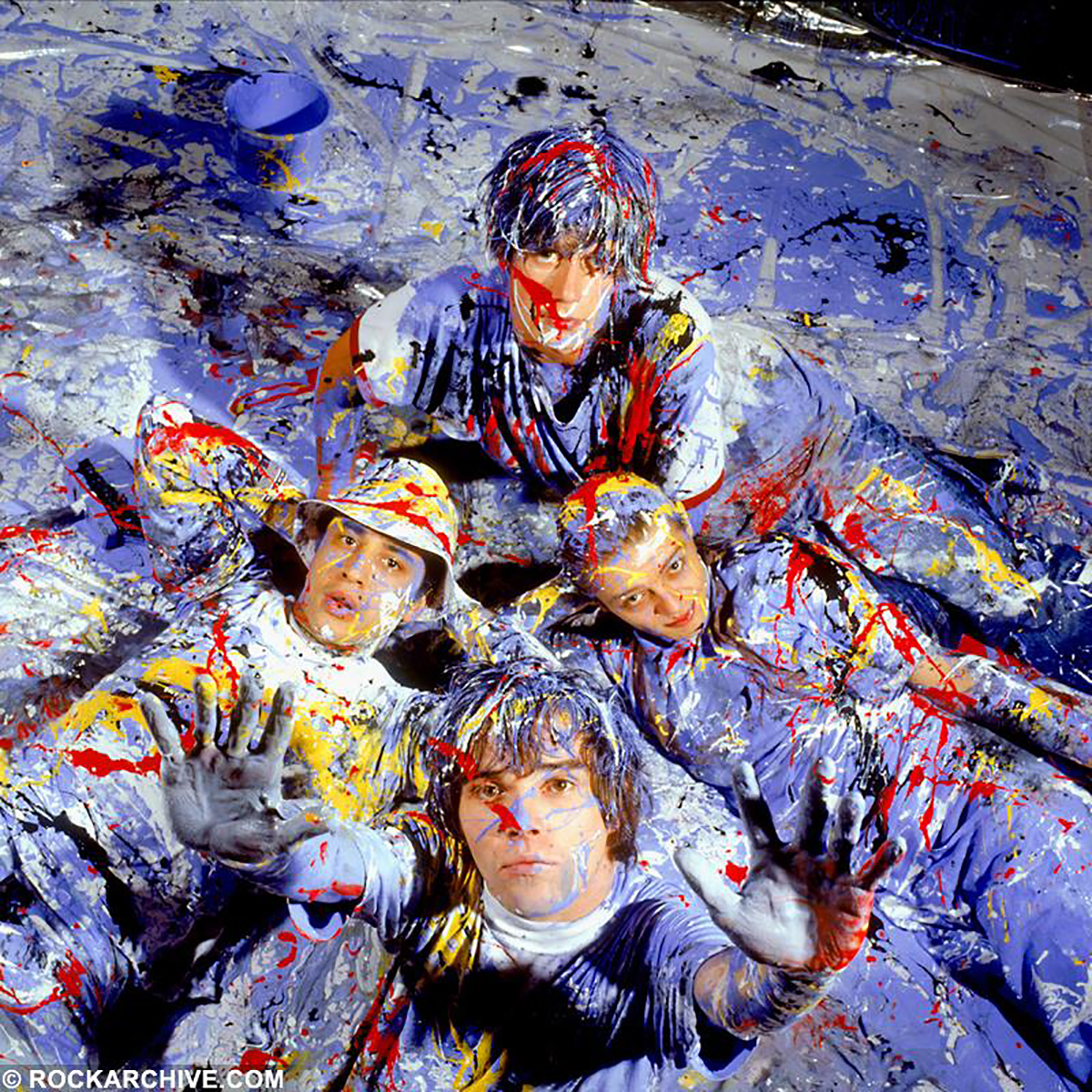 There is a Light That Never Goes Out:
A photographic celebration of Manchester’s rock-music history

Rockarchive.com proudly presents a unique exhibition by the UK’s leading music photographers to honour Manchester’s music heritage. From the rise of punk, Factory Records, The Hacienda, the Madchester years and beyond, this exhibition is a retrospective of Manchester’s huge influence and continuing importance on the rock music scene.

In collaboration with writer, Jon Savage and help from the Manchester Digital Music Archive, RockArchive.com have pulled together a unique collection of over 90 photographs to display at the library.

Many of these images are of the bands and musicians that formed in the wake of punk, at a time when Manchester’s music scene was expanding in a unique and inimitable way. 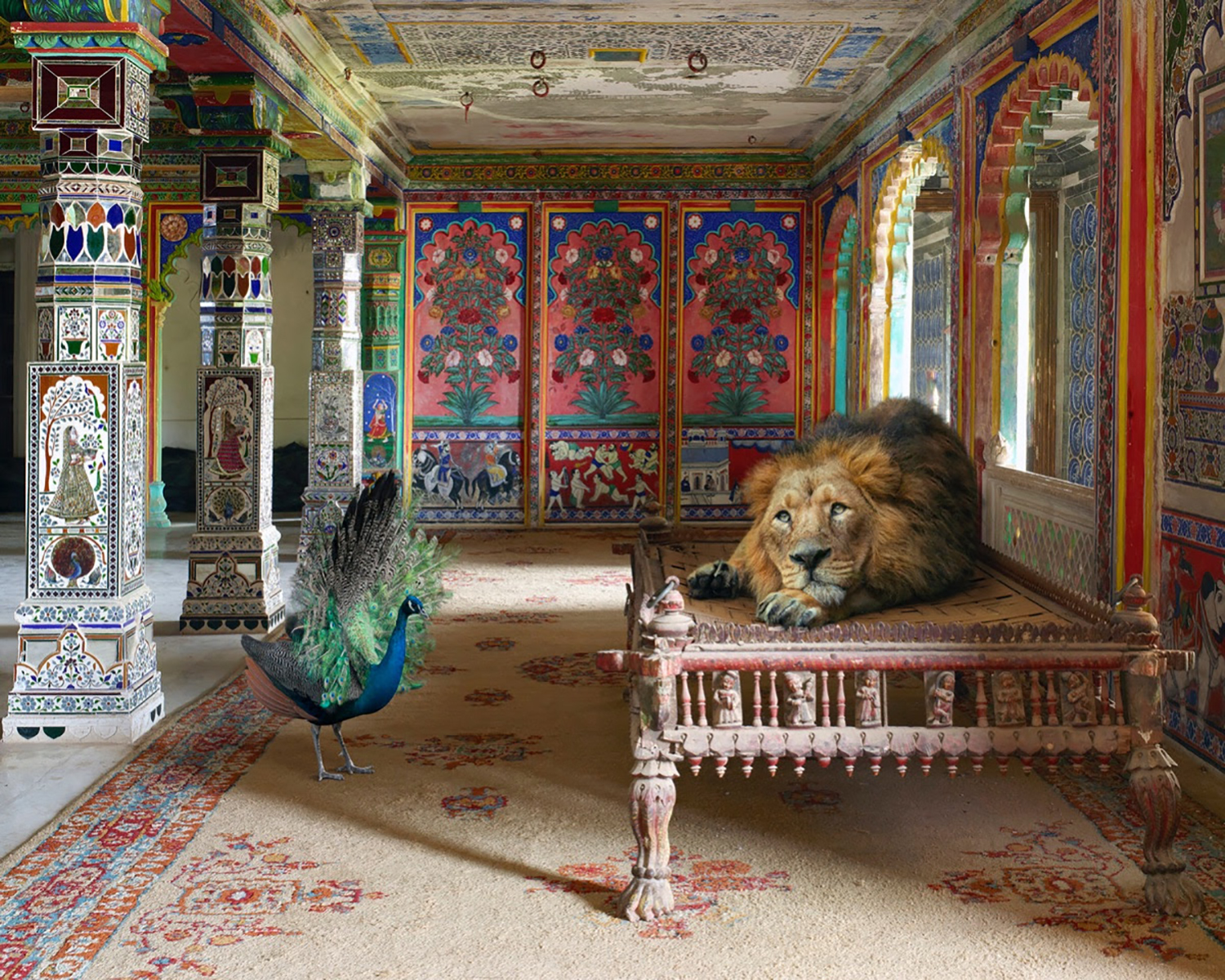 The exhibition will feature around 70 works including Turner Prize winners and nominees and Venice Biennale exhibitors such as Helen Sear, Sam Taylor-Johnson, Hannah Collins, Gillian Wearing and Jane & Louise Wilson. The works featured will date from the mid-19th century through to 2009 and will chart progressions in style, techniques and popular subject matter. Early notable photographers include Julia Margaret Cameron, Lady Hawarden and Queen Alexandra. Works have been generously lent by many leading museums and galleries including by Her Majesty The Queen from the Royal Collection, Tate, Victoria & Albert Museum, Arts Council Collection, British Council Collection, National Portrait Gallery, Scottish National Portrait Gallery and Lee Miller Archive. The works will be presented chronologically and visitors will be transported on a whistle-stop journey of the history of female photography.

There will be five key themes running throughout this story: Photographic Processes as demonstrated by Anna Atkins, Susan Derges and Joy Gregory. Staging the Scene where artists create a narrative with their compositions which will be represented by artists such as Emma Barton, Eveleen Myers and Mitra Tabrizian. Photo Journalism is a theme which starts from the early 1900s with Olive Edis through to Edith Tudor-Hart, Lee Miller, Grace Robertson and Val Wilmer. Interiors and Spaces will reflect on women’s role and position within society and will also include some personal, often psychological responses from the artist. This will be demonstrated by photographers such as Karen Knorr, Sirkka-Liisa Konttinnen, Hannah Starkey, Jane & Louise Wilson and Sam Taylor-Johnson. Race and Representation will explore issues of diversity and inclusion as represented by Gabriella Sancisi, Sonia Boyce, Joy Gregory, Suki Dhanda, Maud Sulter, Shirley Baker, Val Wilmer and Jane England. 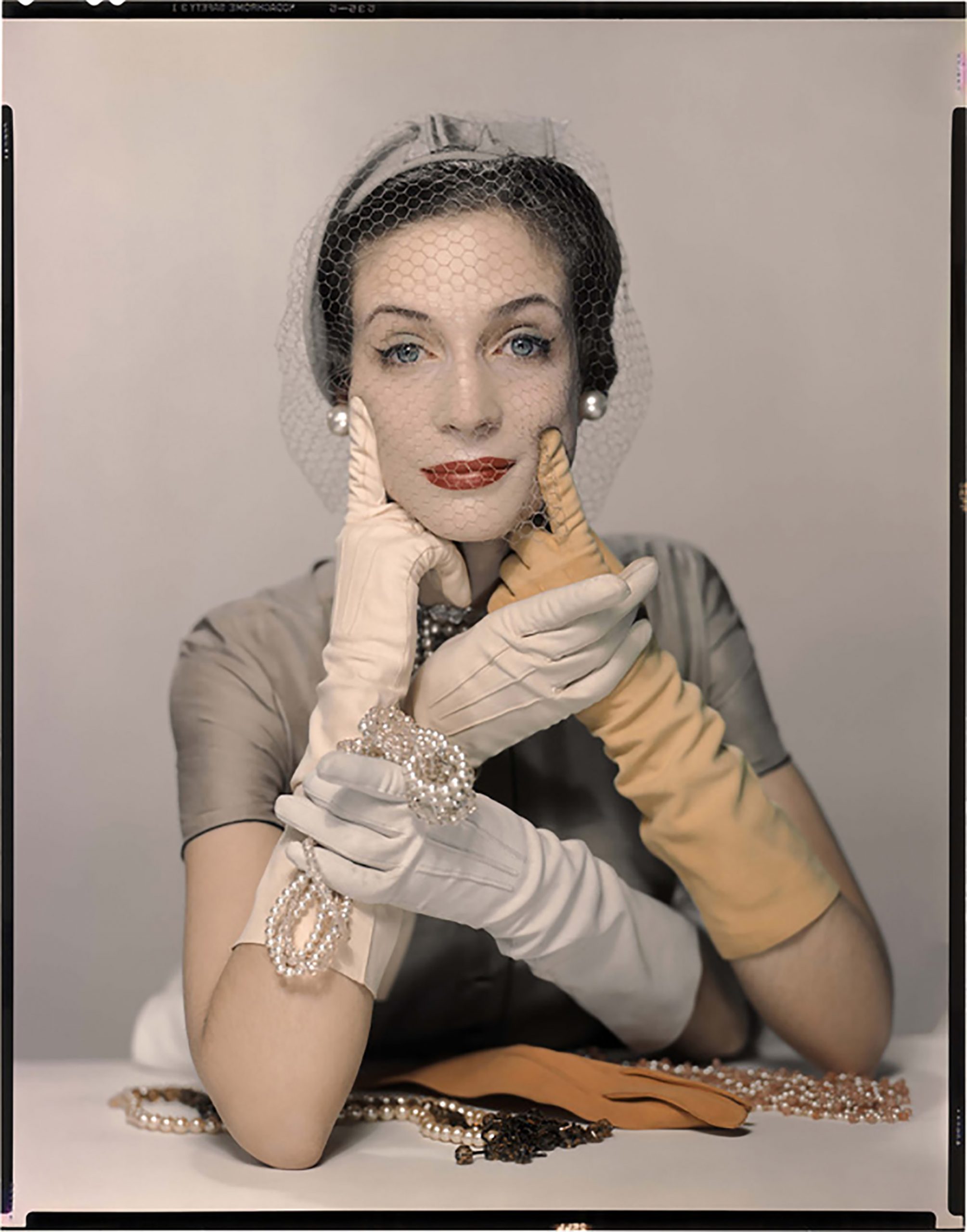 Pat Blake for Vogue NY, 1954 © The Estate of Erwin Blumenfeld

Blumenfeld (1897-1969) was born in Germany. He mastered photography in the Netherlands, where he shot portraits. After he went to Paris he built a career in fashion photography for a few years and he only worked in black and white. He liked to experiment with various techniques such as double exposure, distortion and solarisation. But from the moment that colour photography was introduced to the world, he transformed his original compositions in black and white into colour.

His special repertoire of shapes and colours that he developed after he left for the United States in 1941 made him one of the most original fashion photographers in New York. The female body and death were his main sources of inspiration. Despite the fashionable frivolity, he distinguished himself by the surreal nature of his subjects; the goal of his search was not realism, but the mystery of reality. He worked freelance for magazines such as Harper’s Bazaar, Life and Vogue. The exhibition of his work in Foam focuses on colour photography that he developed in his period in New York (1941-1960) and gave him worldwide recognition. 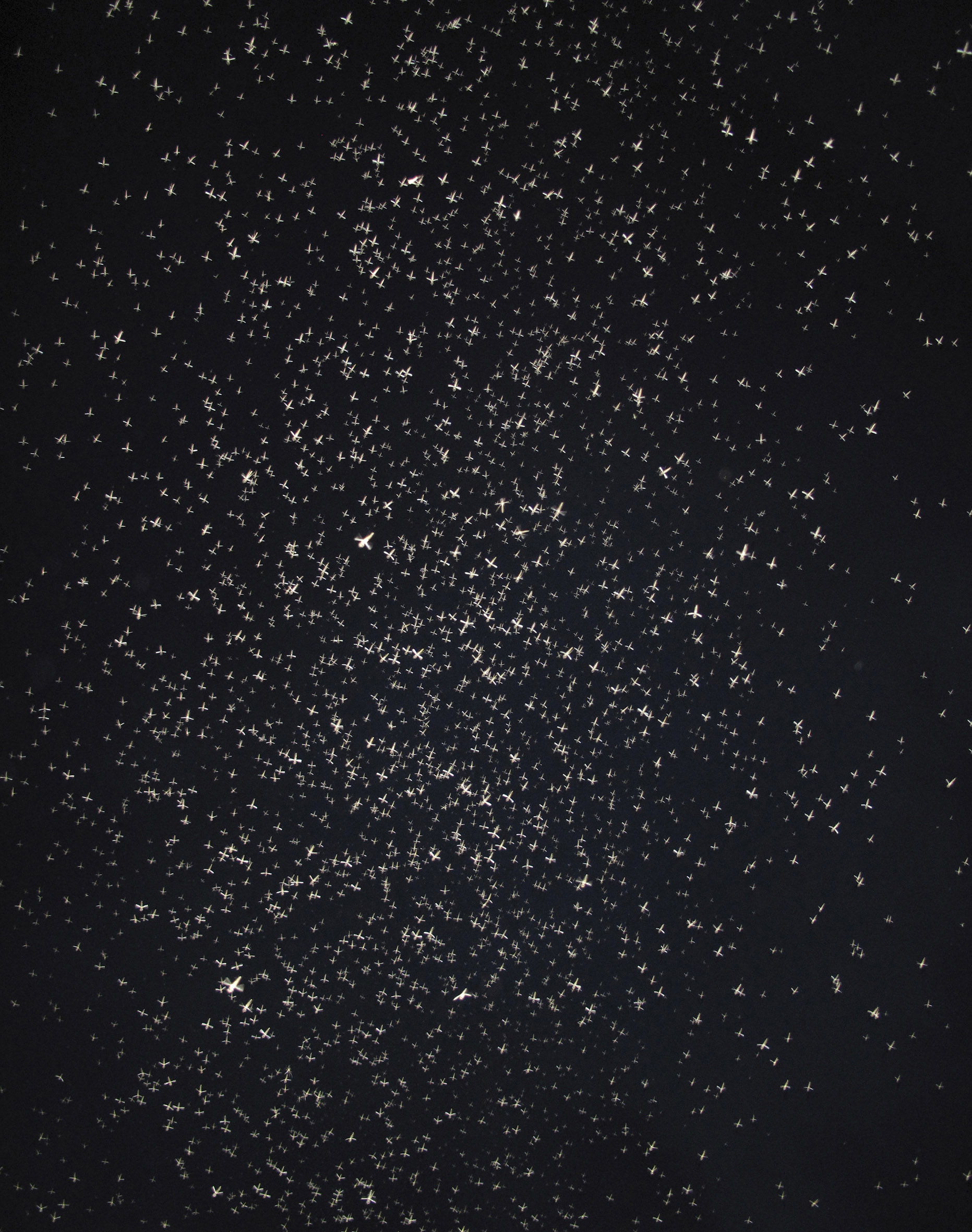 The medium of photography is essential to his work, offering the means of repetition, changing focus and point of view as a way to convey a particular artistic and psychological enquiry. Single images are bound into rhythmic lyrical sequences that amplify his relationship to the environment. The dream-like continuity in his sequence of images provokes the impression of a non-physical and immaterial relation between author and surrounding – distant places unite atmospherically and independently of order of discovery.

His insistence on hand-printing is another integral part of realising a work, completing a personal and individual interpretation of reality, and ensuring his presence is threaded through every stage.

The two series exhibited here exemplify his practice, reflecting sequences of images that are somehow timeless, detached from a specific chronology or any singular journey. Shot on film and printed by hand, the tonally rich and atmospheric photographs in each series, play with perspective and focus to foreground personal trails of thought that transcend time and place. 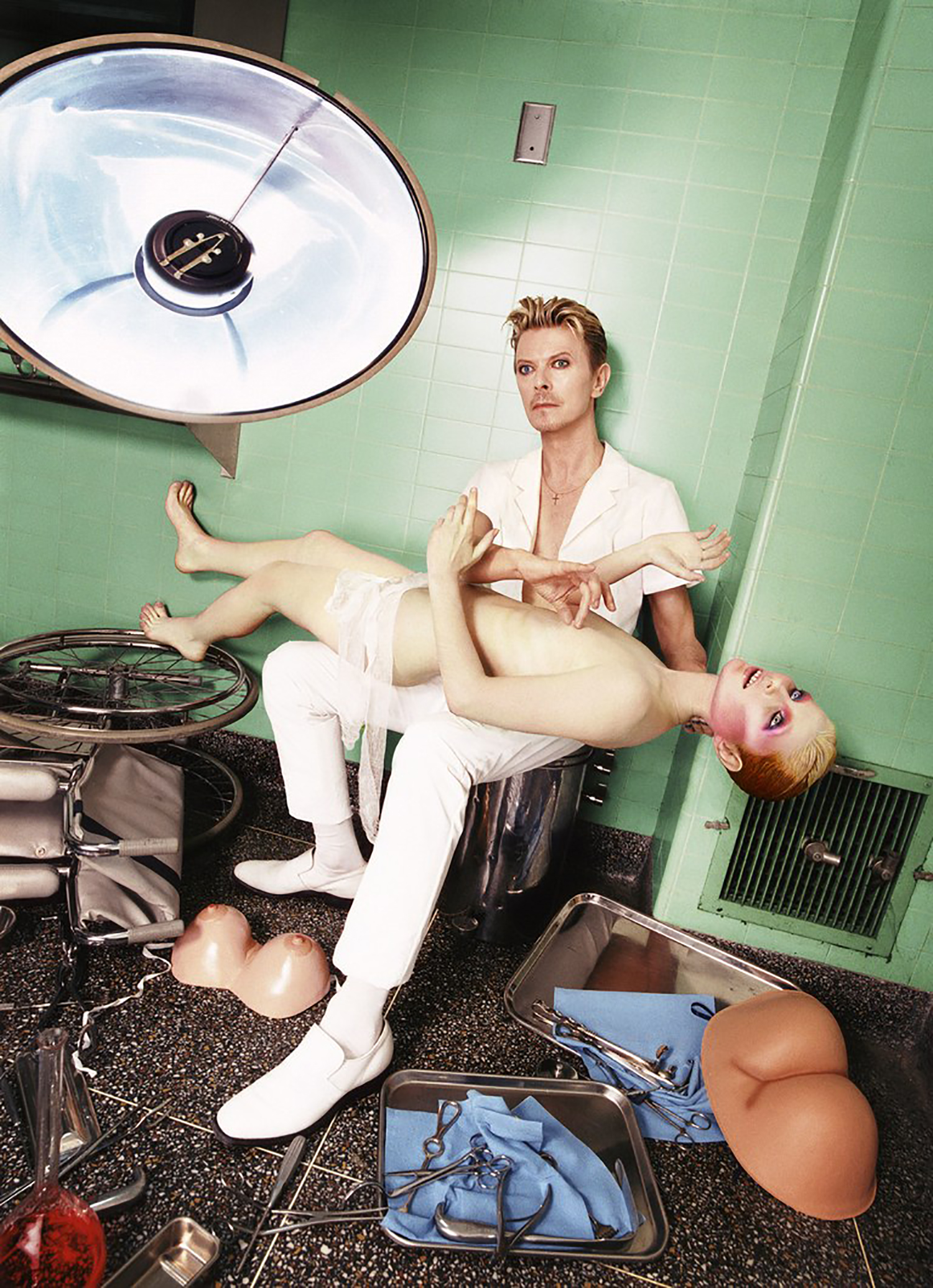 Will You Still Love Me Tomorrow?
David LaChapelle

Will You Still Love Me Tomorrow? is the first exhibition of David LaChapelle’s work at Staley-Wise Gallery in more than ten years. Many of the works included have never been previously exhibited. Since his early commissions from Andy Warhol as a portrait photographer for Interview magazine, many of LaChapelle’s photographs of well-known figures in contemporary culture have become iconic in their own right.

Throughout this exhibition, LaChapelle’s images reveal an unusual level of collaboration and trust from his subjects. Featured in the collection is the last sitting of Mr. Warhol, a black and white portrait the artist made of his mentor in 1987. The show continues with a diverse anthology of profound and often prophetic scenes, featuring polarizing idols including Elton John, David Bowie, Faye Dunaway, Tupac Shakur, Dolly Parton, Amy Winehouse, Michael Jackson, and Hillary Clinton. The selected photographs not only showcase the famous in defining moments of their careers, but also serve as a mirror to our own obsessions and curiosities with fame itself.