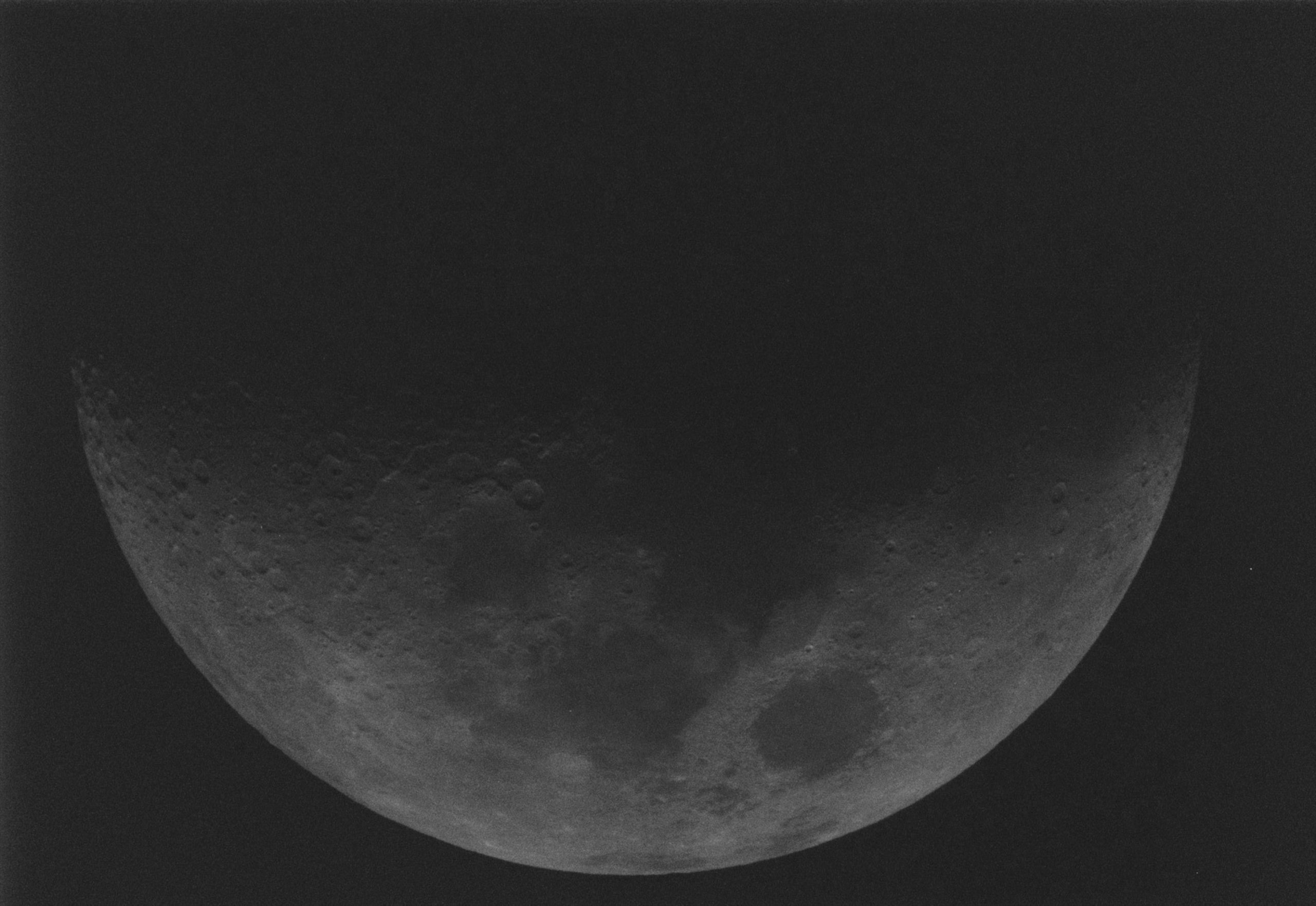 From the 21st to the 23rd of September 2018, artists from the London Alternative Photography Collective will be exhibiting at the Unseen Amsterdam CO-OP in Amsterdam. Exhibiting artists will include Shutter Hub members Melanie King and Dafna Talmor, along with Almudena Romero, Diego Valente, Hannah Fletcher, Simone Mudde, Ramona Guntert and Oliver Raymond-Barker.

The theme, drawing together works from each artis,t is a certain strangeness which is encountered in the natural world, with some artists using natural materials to create photographic prints.

We caught up with Melanie and Dafna to find out about the inspiration for their individual works, and their excitement for the show. 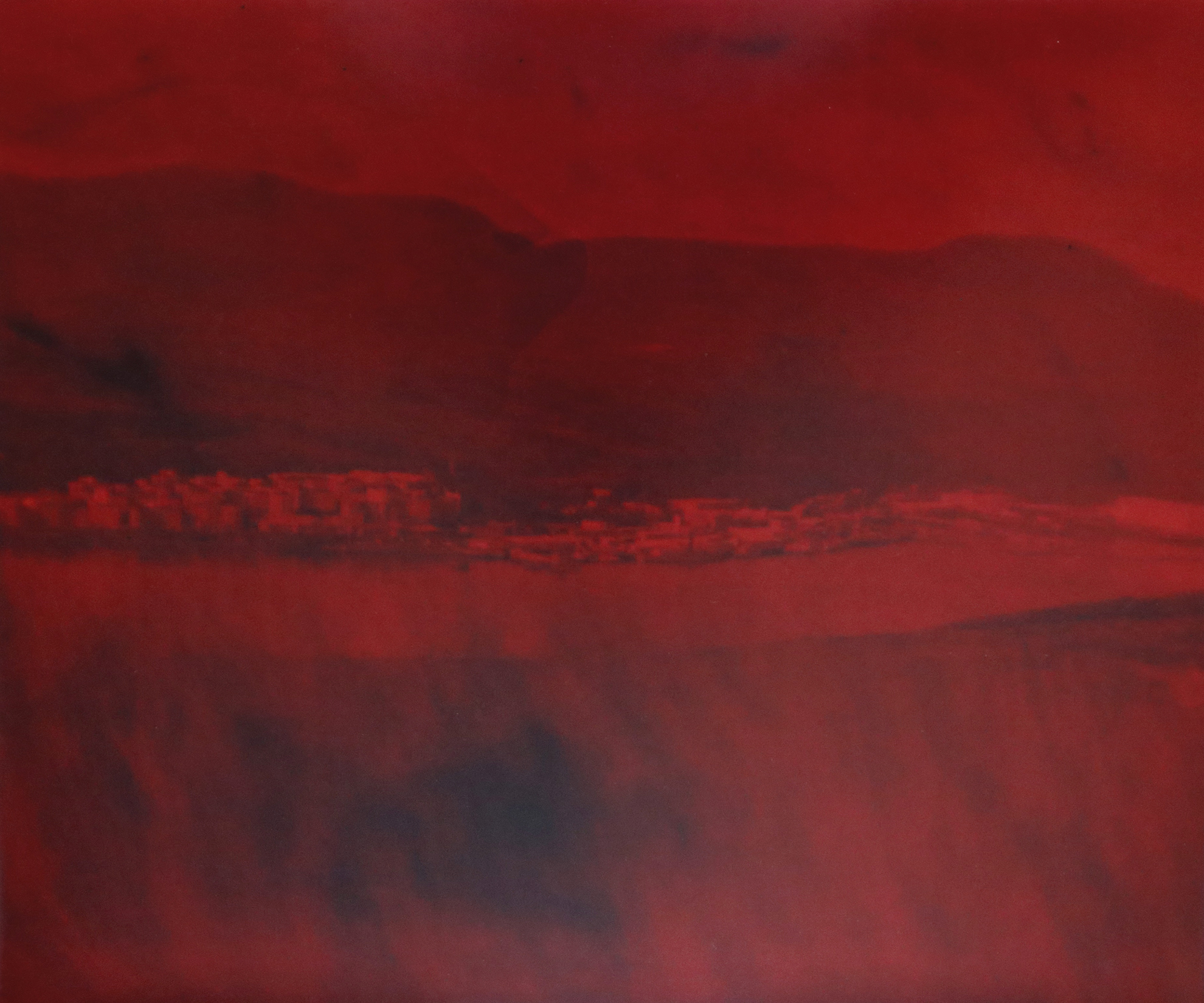 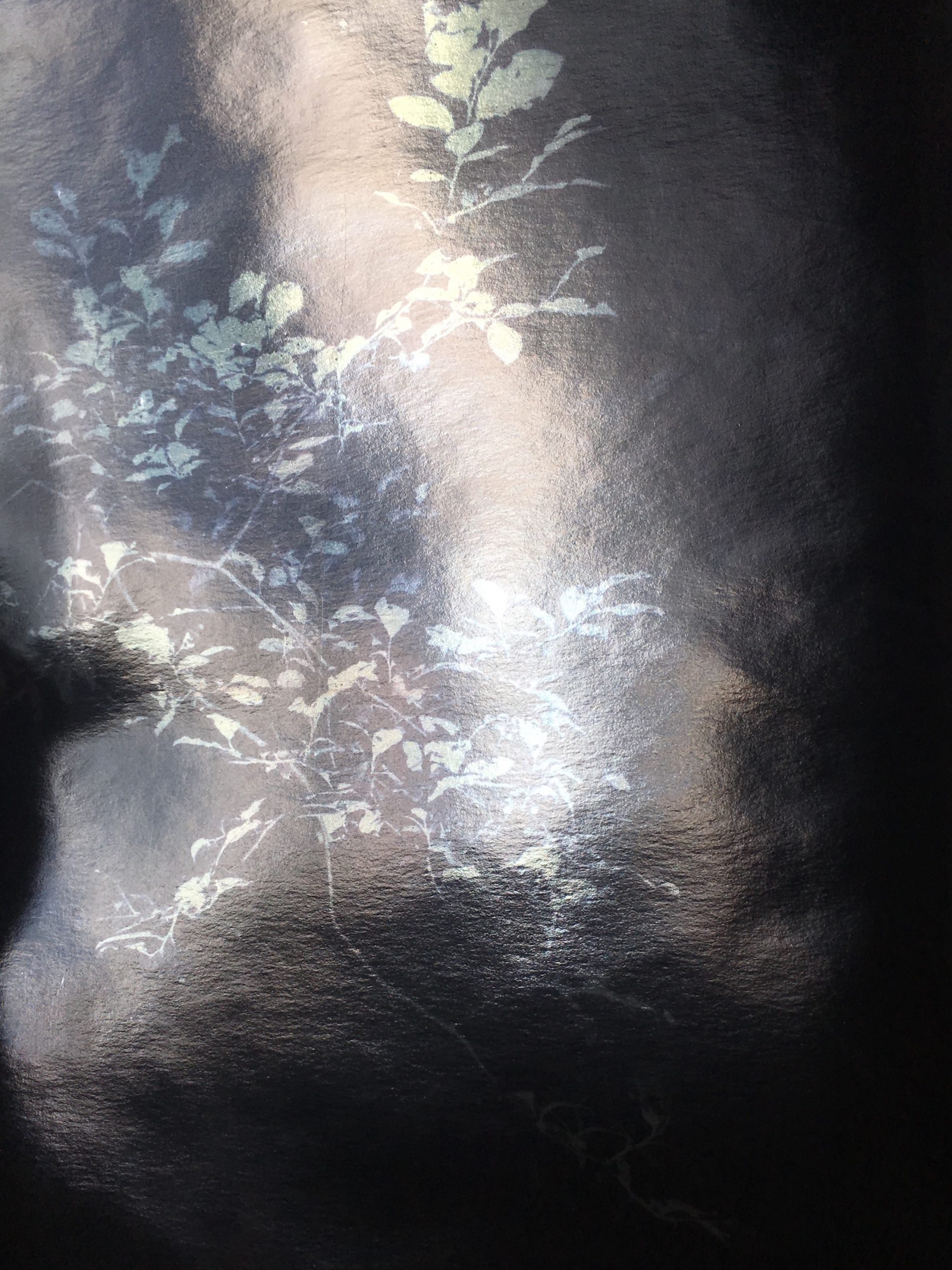 “For Unseen, I will be showing a moving image piece which draws attention to an oft forgotten element of our landscape, the Moon – an illuminated lantern which seems to make a journey through through the sky. Caught up in the busy tumult of life, we forget that Earth too is moving, spinning on its axis at 1040 miles per hour.

Over the past four years, I have been working on a number of projects focused on astronomy and skyscapes. More recently, I have begun to work with moving image to reveal the dynamic movements that happen in the sky every day. Learning about astronomy has made me realise how fast the Earth orbits the Sun, the phases of the Moon and the speed of the spin of the Earth. Sat on the ground looking up at the sky, we can observe the Earth’s orbit as the stars appear to creep through the sky. It seems strange to think that we are part of a large gravitational system of moving planets and moons. We barely give a thought to these movements, but I believe that observing movements of such sublime objects can give us a wider perspective about the universe we live in – we are part of a system much bigger than ourselves. This in turn can make our worldly problems seem small, and make us feel more connected to nature, animals and each other.

As the founder of the London Alternative Photography Collective, I have excitedly seen the LAPC grow from a small group of excited experimental darkroom dwellers discussing artworks in 2013, to a collective which produces symposiums, exhibitions and workshops that are organised and supported by many artists and curators. Co-Directors Almudena Romero and Diego Valente have added new flavour, expertise and excitement to the collective which has been increasingly successful since they became part of the organising committee.

We are an open collective which anyone can join and have always been open to artists who have ideas for projects.  The London Alternative Photography Collective has always been about promoting the accessibility and creative possibilities of analogue and experimental photography. We support practitioners who challenge traditional ways of using photography to reflect on contemporary issues,  and aim to provide a platform for skill exchange. The premise of the open collective therefore allows a wide range of artists, photographers, makers, curators and theorists to guide the activities of the LAPC. The open collective also allows artists to swap ideas, skills and to foster collaborations. We have a special love for contemporary works which include antiquated and forgotten processes, and encourage tutorials and recipes to be shared so that these processes do not die out with time.

Being part of Unseen Amsterdam is particularly exciting as our first international exhibition and inclusion in a large photography festival. I am excited to see how visitors respond to the works in situ, and to see Oliver and Dafna’s workshops in progress as visitors learn new ways to create their own artworks.” 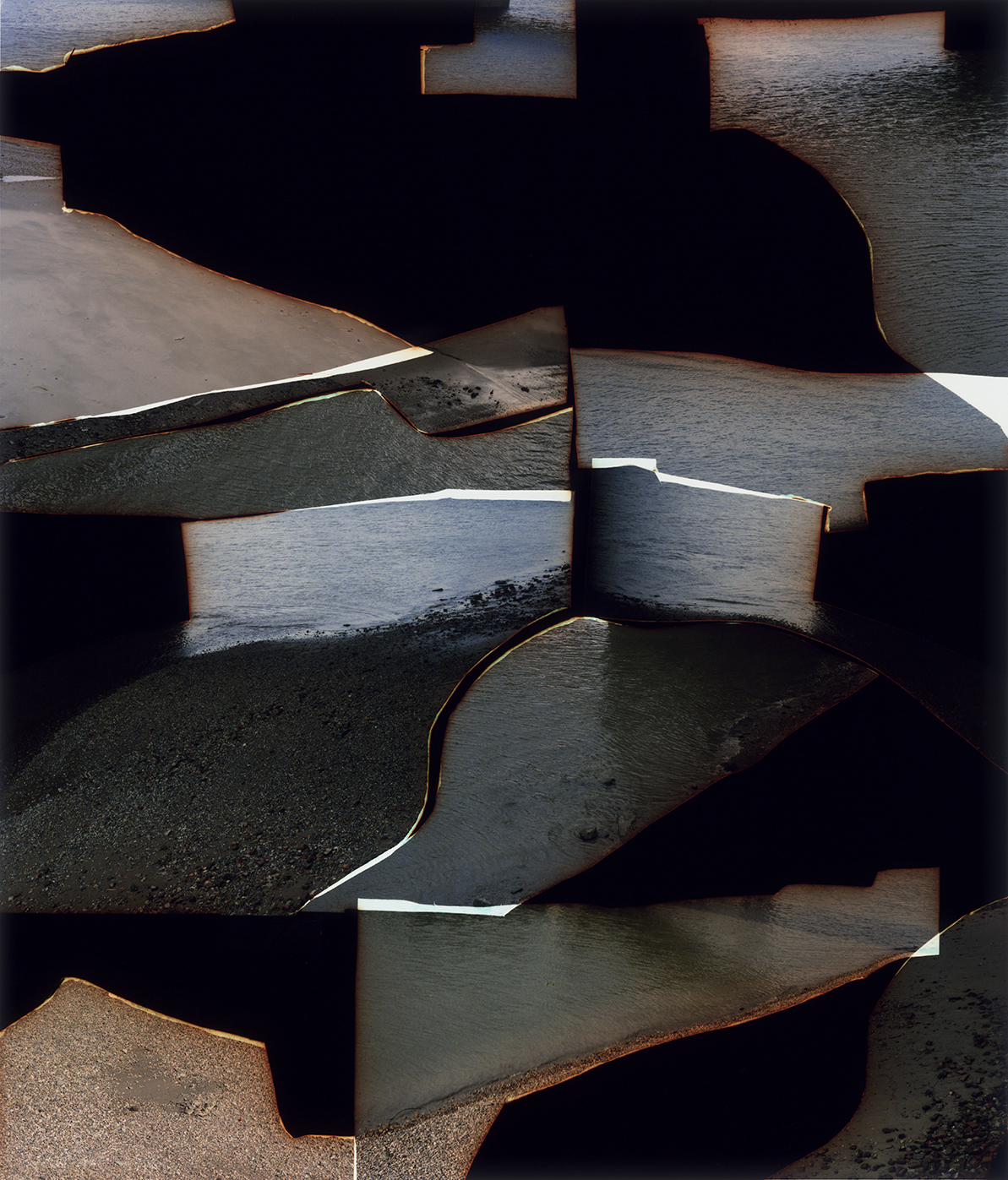 “I’m super pleased to be taking part in Unseen Amsterdam with the London Alternative Photography Collective in the CO-OP section this September.  I visited Unseen a few years ago and was struck by how much brilliant highly experimental work that I’d never seen before was on show. Going back a few years later, this time to take part, is incredibly exciting. I’m particularly happy to be going with the LAPC, as I have so much respect for their model of openness and generosity, inviting different practitioners to get involved in the myriad of shows, workshops and events that they’ve organised over the years.

At Unseen Amsterdam, I will be showing a piece that hasn’t been exhibited before from my ongoing Constructed Landscapes series. Made from collaged colour negatives, the work engages with (and questions) representations of landscape, its recurring tropes and pictorial conventions. I’ll also be bringing along a text-based publication I produced to coincide with a solo show that took place at Photofusion in 2017, designed by London-based Loose Joints.  The five commissioned texts that form the basis of the publication are by Sarah Butler, Miranda Gavin, Shoair Mavlian, Gemma Padley and Olga Smith.

As well as showing work, I’ll be running a slide-collaging workshop that I’ve facilitated in different contexts whereby participants are provided with an archive of 35mm found vintage slides and invited to appropriate images by making physical interventions. It is the closest and most practical way I’ve found to emulate the process involved in making my own work, but without a darkroom. There’s a certain immediacy that people respond to, and it’s a fun way to combine analogue and digital processes.” 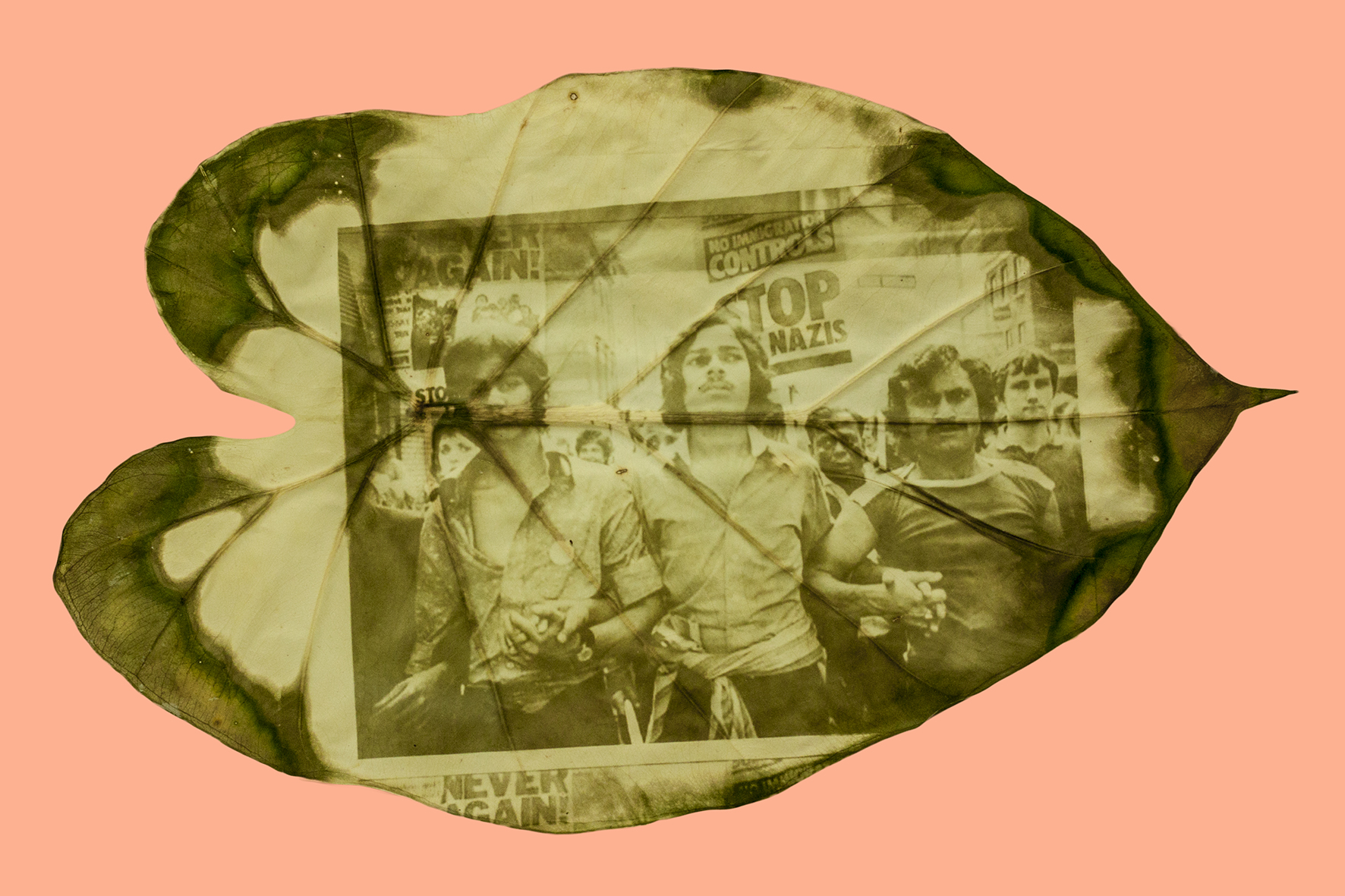 Find out more about London Alternative Photography Collective, and the other exhibiting artists, here.