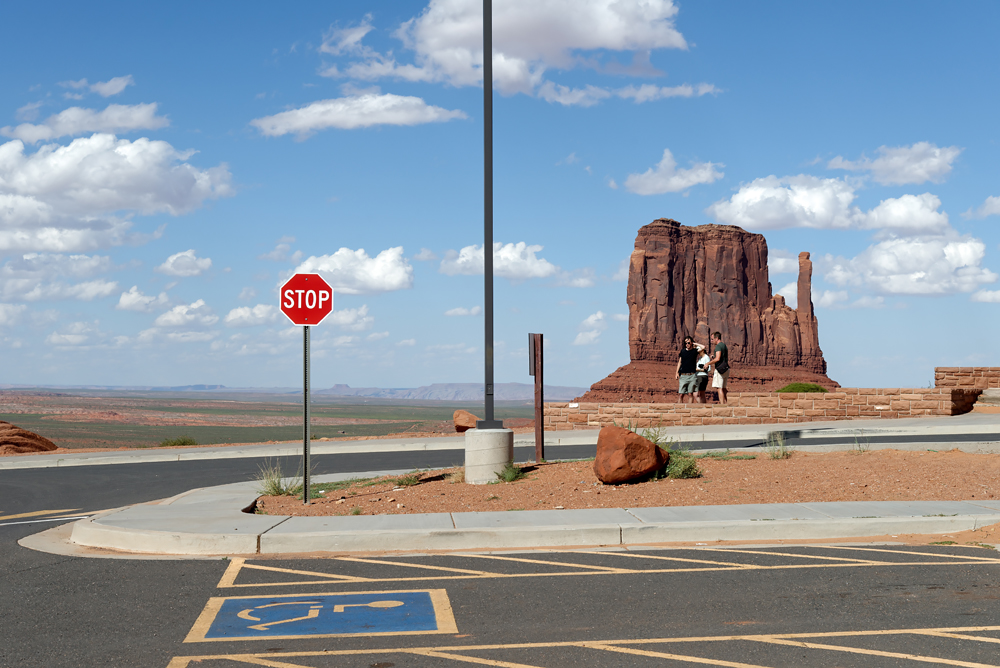 What better way to approach an American myth than through a road trip? Joachim Hildebrand traveled through the seven states of the American Southwest, in which the Wild West is located both geographically and in our imagination. The title of the book inevitably evokes images full of clichés and stereotypes. Today, where the wilderness has been displaced by civilization, Hildebrand discovers entirely different scenes than those generally associated with the Wild West and the American frontier. He sets his sight on blurred contours, contradictions, borders, and transitions: from architecture to nature, from urbanity to landscape. The archetypes of the American West have become mere platitudes. Here, the myths of the Wild West and the “manifest destiny”, which are so essential for the self-understanding of the USA, are deconstructed. For Joachim Hildebrand, however, the West continues to fascinate as a visual adventure. 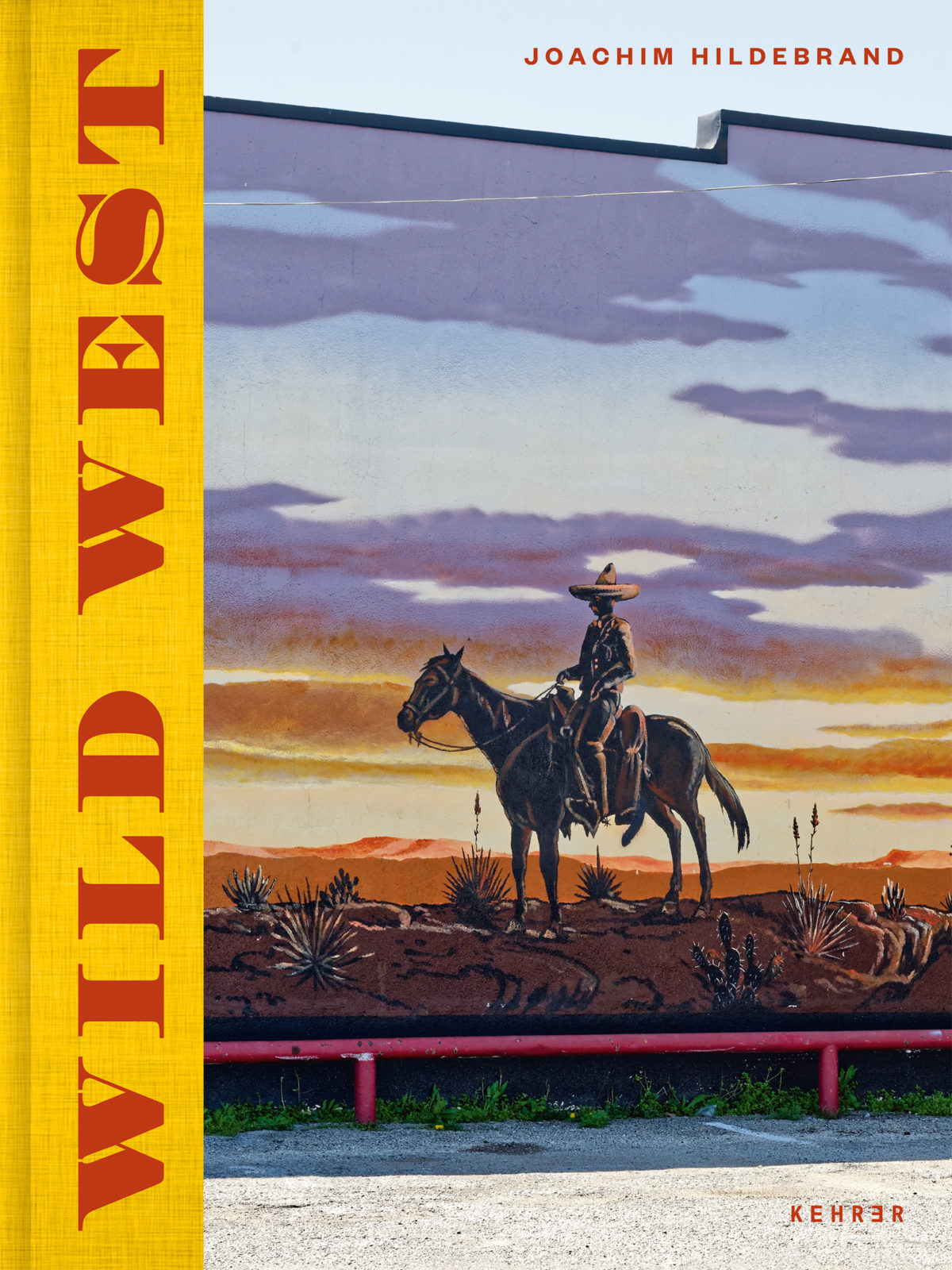 A chubby hedge takes shelter under a concrete porch and tall trees stretch their necks to peer over a fence, whilst palm leaves create bird-like shadows on walls.

Everything suggests that there is human life here: there are lights on, cars parked, clues of existence, but at the same time, I’m reminded of those images of manmade disasters where eventually nature reclaims the land.

This is the American Southwest like you’ve never seen it before. Only the illusions of cowboys and the pioneers of the frontier remain.

Each page turned gives us a new juxtaposition of colour, form, scale. The wealth of space and the ability to create in any size leads to disproportion in isolation – as if there’s nothing to measure against, apart from the vast skies.

Nature mimics the human-built arrangements and sneaks its way into spaces, bringing curves to straight lines and softness to the harsh contrast of manmade construction. The manmade and the natural create borders, distinctly merging with each other before nature re-stakes its claim and man moves on to the next city.

Pictures with people in them are scarce in this book. Very occasionally we’re offered an image and a perspective on human interaction, albeit a rather awkward and ungainly one. In one image a man photographs a woman atop a mountainous rock, whilst behind her another man stomps his way to the edge to take his own photograph of the view. In another image, two couples stand, behind a fence, sheltered by, or perhaps drawn to, a wide palm tree. In the vast landscape people still gather together.

The simplicity of Joachim Hildebrand’s images are what makes the story so complex. There’s something recognisably neat and orderly, whilst eerie and surreal, on every page. This is the Wild West.

Wild West was reviewed for Shutter Hub by Karen Harvey.