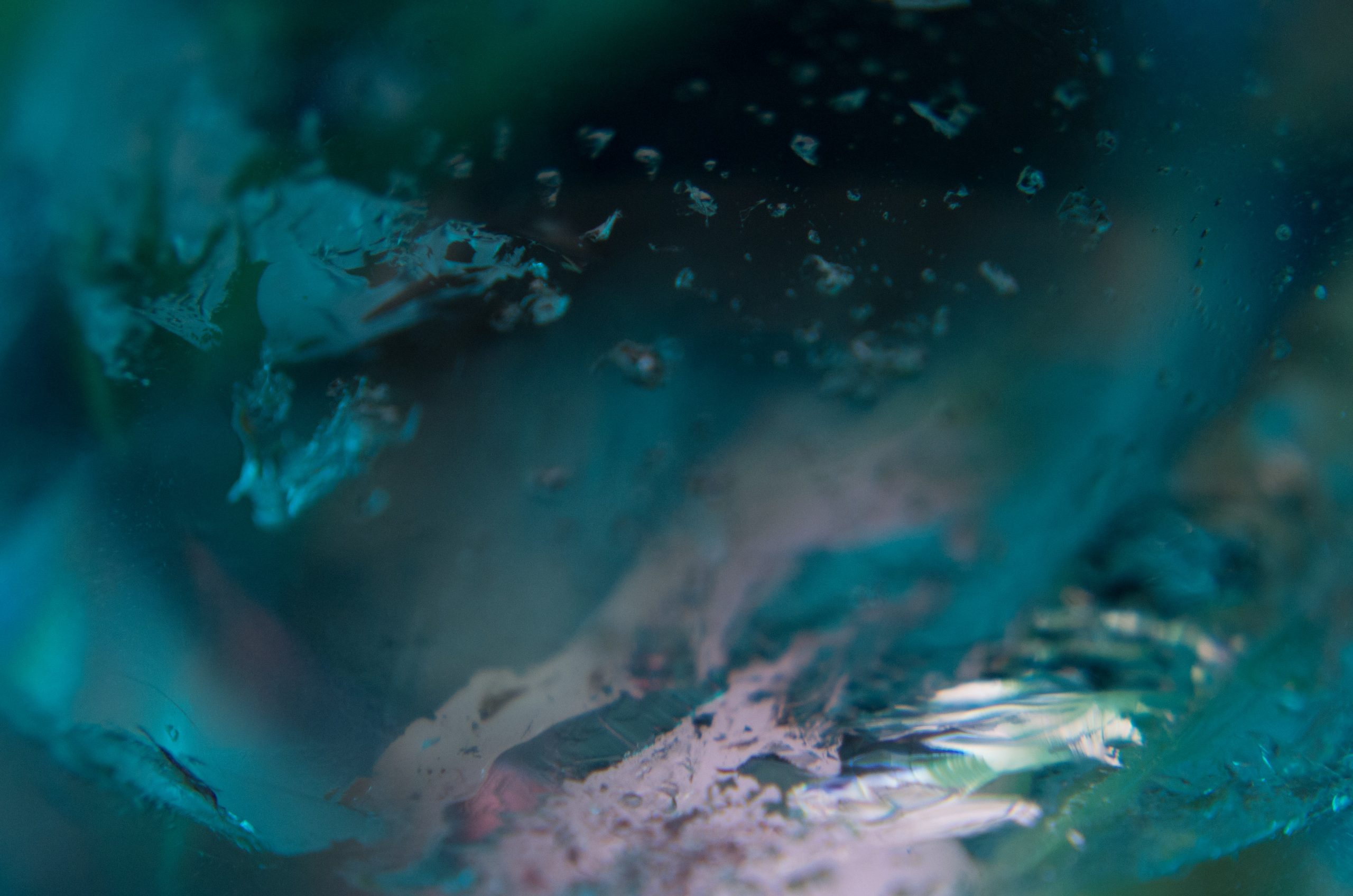 The stars that fill our skies have always fascinated mankind. The desire to know and understand more about the five ‘wandering stars’ visible to the naked eye led to the development of lenses and the study of Physics. As these areas have advanced it has vastly changed the perceptions of our existence and understanding of our place within the cosmos. We can’t yet walk amongst the stars and see all of these wonders first hand, so we rely on technology to give us a closer glimpse of these wonders, and imagination to explore what the other worlds scattered throughout the universe may look like. Under Different Skies is about finding these new worlds within the ordinary, by exploring closely the details of commonplace objects and using the camera to unlock elements and transform them into something that cannot be seen without the lens as intermediary, hinting at what lies beyond our normal perceptions and re-imagining the universe.

Becky Probert completed an MA in Photography at The Sir John Cass School of Art, Architecture and Design in East London in 2017. She is currently based in Nottingham. Her photography centres around exploring patterns and details within her environment, and abstracting objects by taking them out of their original context, using the lens to transform them and playing with perceptions. She works with both digital and analogue techniques, and creates the colours and effects in her work through manipulation of lighting while shooting. Becky has a keen interest in physics and science fiction which has influenced the direction of her work. 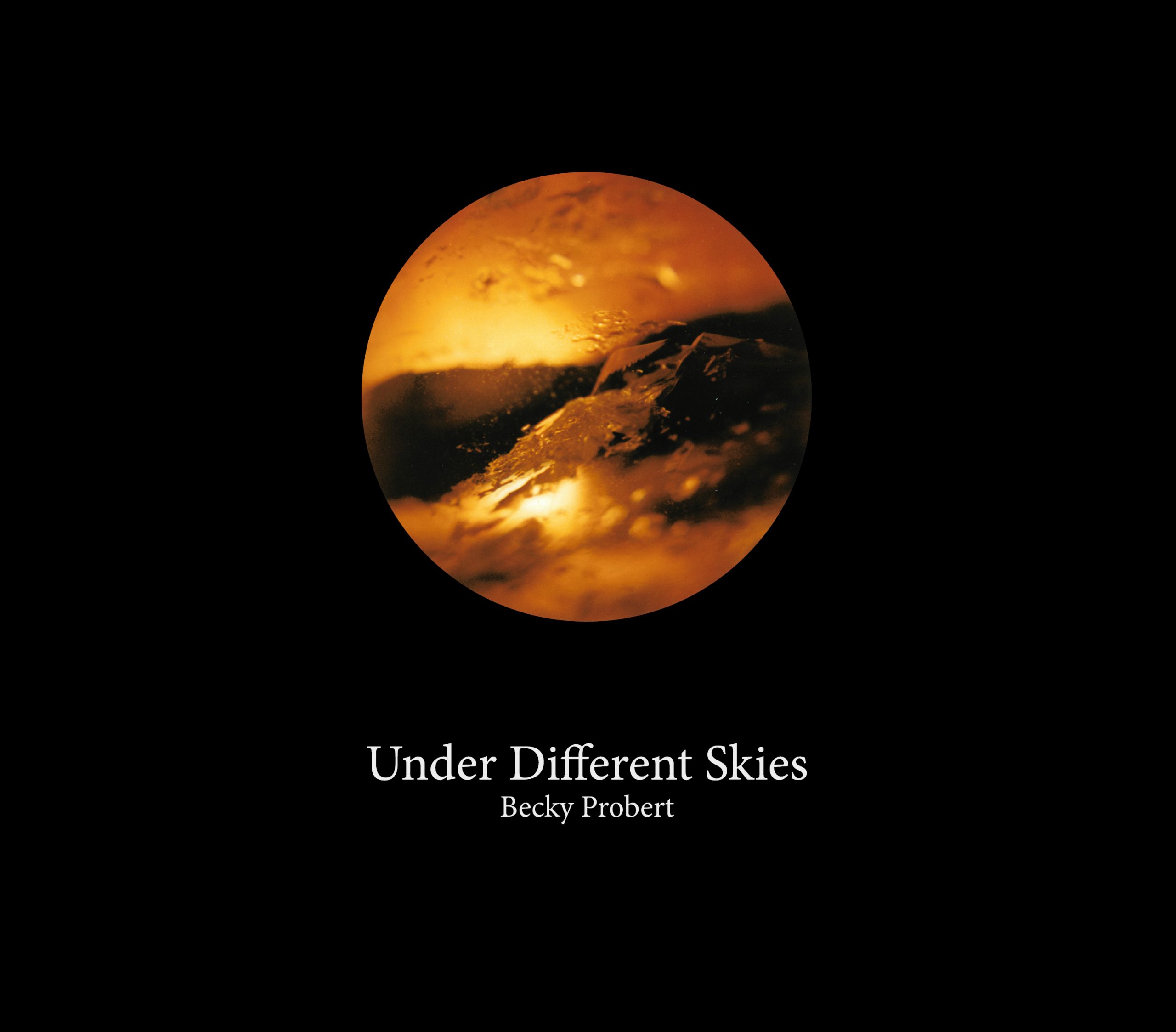 Imagination is a powerful thing. As someone whose personal beliefs are rooted in evidence and fact, in science and nature, I am deeply intrigued by the magic of possibility. The things we have yet to discover; the unknown.This may be why I am drawn to the more abstract photographic image, and Becky Probert’s book, Under Different Skies, does not disappoint.

It opens a door for you to waltz right into a kaleidoscope of swirling marbles, of rolling sand dunes, of shattered glass, of crumbled soil, of broiling oceans and burning planets – yet things are not what they seem.

With this series, Probert is pushing us to think beyond the “limitations of our own vision”.

We have all heard the expressions ‘the camera never lies’ and ‘seeing is believing’, but Under Different Skies shows us something else. It is based on our need to rely on other technology such as telescopes to explore that which is beyond our own sight. And yet, even this, at times, can only hint at what is there.

The images resound with Probert’s interest in physics and science fiction and reflect a playfulness between what is and what might be. They are imbued with an other-worldliness.

As astronomers and cosmologists suggest alternate universes to the one we know may exist, Probert uses her camera to find “new worlds within the ordinary”.

She turns a 50mm lens with a macro attached on everyday objects found around her home, capturing something beyond our standard vision.

Playing with fabrics and lighting, Probert conjures up colours and effects in camera; mostly shooting digital she sometimes opts for film as it records differently.

Shooting the same object with the same lighting on two different cameras creates different “scenes” that brings a sense of fun to her work, while colour filters in the darkroom give her freedom to change the tone and feel of the final images.

She describes the ability to “throw all of the colour printing rules out of the window and just play” as one of the best things about abstract work.

This may be another reason why I am drawn to her images in this book – work made on the edges of control where anything could happen.

By being open to experimentation, she creates images that are perplexing as well as aesthetically pleasing. The results enable the viewer’s imagination to soar.

The book evolved from Probert’s MA. Although a resolved project, she has said with her “long-seated and ongoing interest in science and space there’s almost certainly going to be a ‘part two’ in future”.

It will be intriguing to see the new frontiers she creates.

But the subject matter Probert turns into infinite galaxies or vast oceans and deserts by focusing on the detail our own eyes cannot comprehend is irrelevant.

There isn’t any need to even have to try and name what our eyes think we may see.

Simply revelling in the joy of viewing these images, and marvelling in how our imagination and the science of photography can make our lives less ordinary is enough.

Under Different Skies was reviewed for Shutter Hub by Josie Purcell.