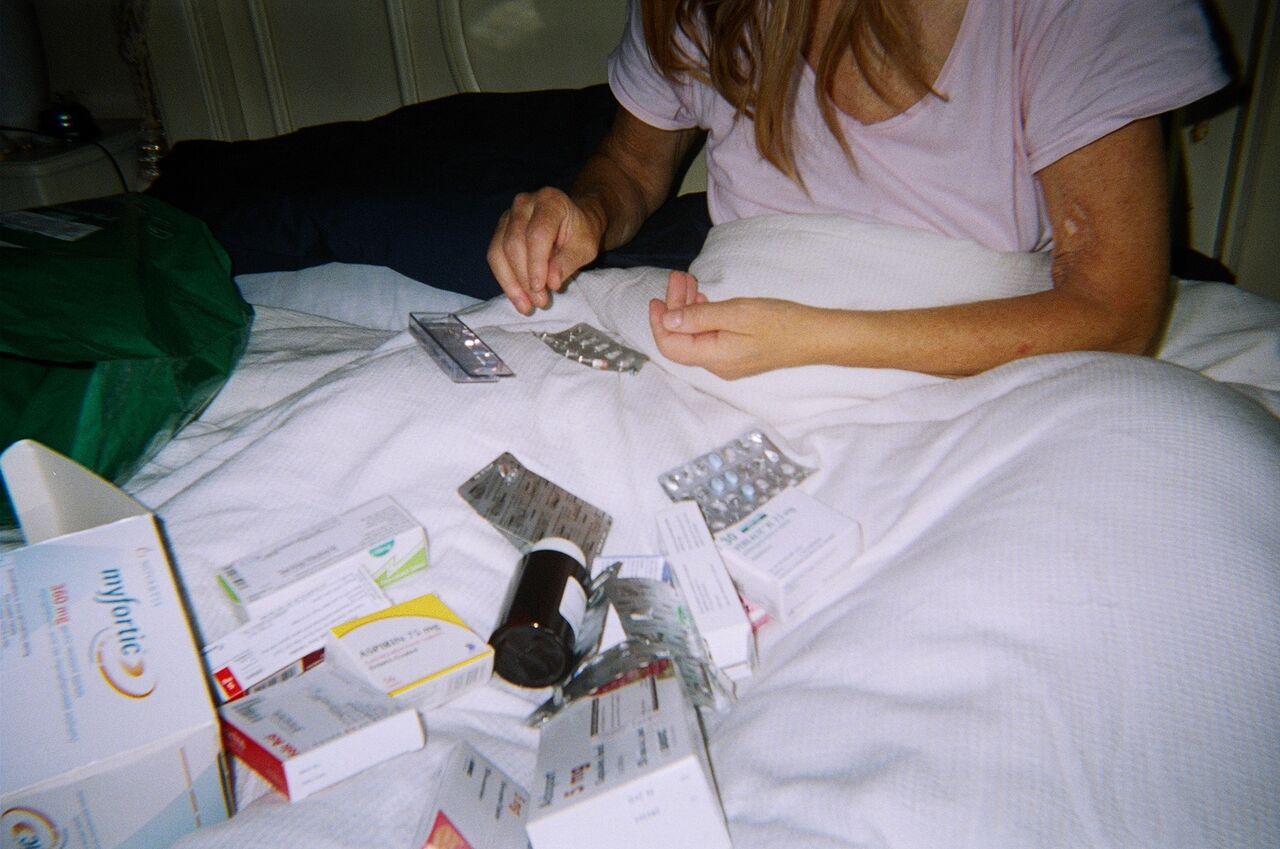 Timely Tale is a lens-based work set against a backdrop of love, desire and health in the age of Excess – the theme for this year’s HOUSE Biennial. These topics are discussed in the artwork through the vehicle of the artist’s mother – Penny – and the audience will see the work in the setting of a ‘medical waiting room’.

To experience Penny’s story, viewers will be transported via the intimate waiting room into her bedroom through a short film capturing: recuperation, finding the right outfit, storing medication and looking for the perfect online partner. The piece addresses the idea of choice and how, in the long run, too much choice can often lead to decision-making paralysis.

Natasha Caruana explains, “We assume that more choice means better options and greater satisfaction. Excess choice can make you question the decisions you make before you even make them and present unrealistically high expectations. We might endlessly feel guilty that we are not making the right choices, and that's why we didn't succeed. We are anxious that we are not good enough – working or spending hours on remaking ourselves.”

Timely Tale is a comment on the current social and political landscape we live in but also an observation of how the photographic frame, with the advent of new technology, is dramatically changing for the first time. The work is viewed through headsets and Timely Tale uses the 360° technologies to empower the audience to look around the artwork with choice of what to see. Viewers can turn their heads to the right to observe the taking of prescription pills or to the left to see what’s displayed on the television screen.

The narrative running throughout the artwork is the story of excess but also of consequence. It addresses NHS cuts, pharmaceutical price inflation, the pressure to find ‘Mr. Right’, and the impact the barrage of young and beautiful images can have on mental health and consumer choices. Particularly, perhaps, for the older woman (Penny), handling the ageing of her own body. 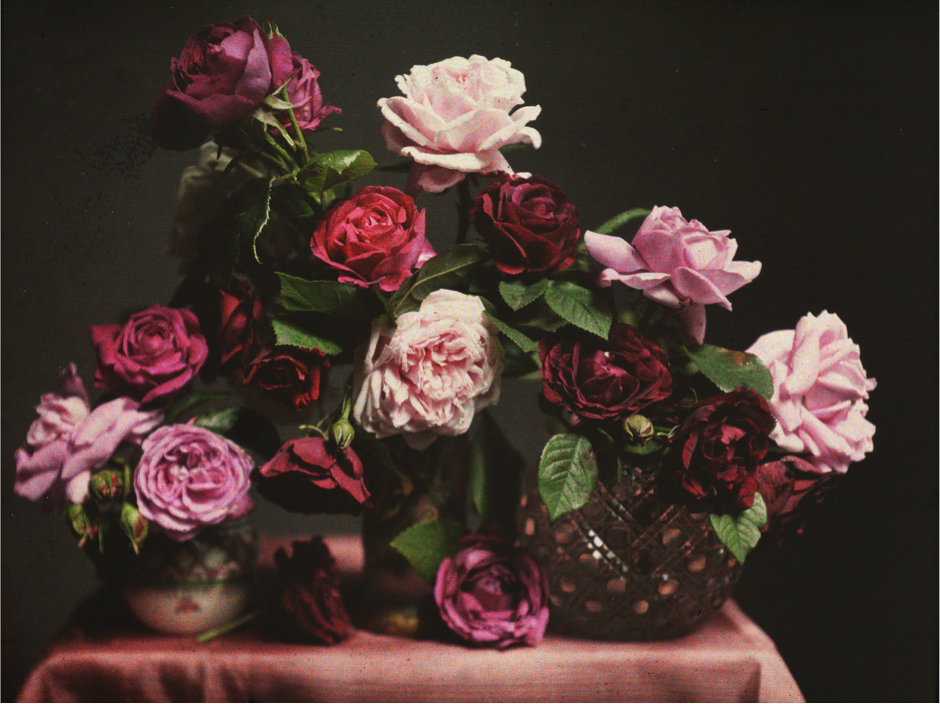 Culture Shifts: Local presents collaboratively produced photography from eight socially engaged photography projects across Liverpool. The work demonstrates how photography as an art practice can be used to help communities define themselves, bridge cultural divides and communicate the vital issues of today.

Each of the eight projects involves select photographers working alongside one or more groups, including a support and services network for women of colour, residents of Granby Four Streets in Toxteth (site of the infamous riots in ‘81, and home of the Turner prize-winning Assemble project in 2015), people living with dementia, and youth groups dedicated to LGBT+ support and Youth Parliament.

A selection of the work will be presented at Open Eye Gallery throughout Autumn 2017, with an additional solo offsite exhibition for each project in a space in the neighbourhood of each community featured: a total of eight exhibitions. 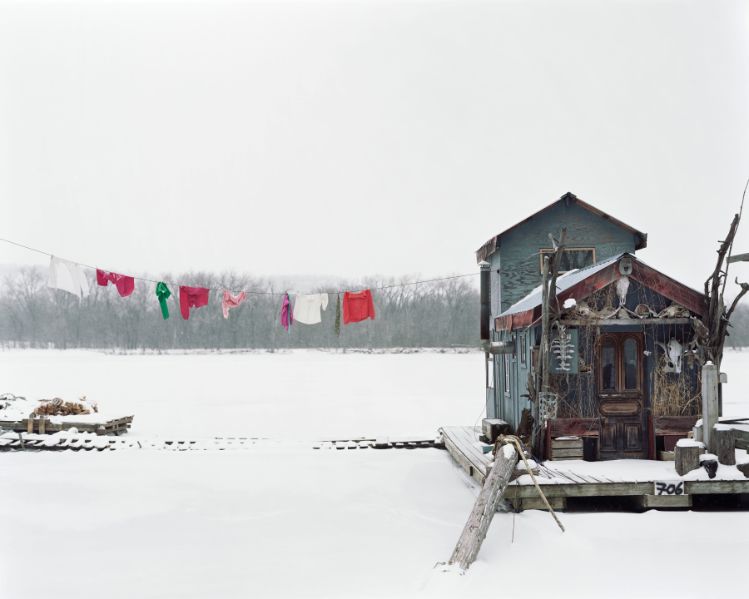 Sleeping by the Mississippi

Beetles + Huxley will host the first exhibition in London to focus on Alec Soth’s critically acclaimed photographic series Sleeping by the Mississippi. One of the defining publications in the photo book era, Sleeping by The Mississippi is a seminal body of work from the recent history of photography. This latest exhibition will include over thirty colour prints, including one photograph which has never previously been exhibited.

The exhibition coincides with the launch of the latest MACK edition of the book, which also includes two previously unpublished images. First published by Steidl in 2004, Sleeping by the Mississippi was Soth’s first book, sold out through three editions, and established him as one of the leading lights of contemporary photographic practice. Evolving from a series of road trips along the Mississippi River between 1999 and 2002, Sleeping by the Mississippi captures America’s iconic yet oft-neglected ‘third coast’. Soth’s richly descriptive, large-format colour photographs present an eclectic mix of individuals, landscapes, and interiors.

Like Robert Frank’s classic The Americans, Sleeping by the Mississippi merges a documentary style with poetic sensibility. The Mississippi is less the subject of the book than its organising structure. Not bound by a rigid concept or ideology, the series is created out of a quintessentially American spirit of wanderlust. Thirteen years since the book was first published, the artist’s lyrical view has undoubtedly acquired new meanings – ones in which hope, fear, desire and regret coalesce in the evocative journey along this mythic river. 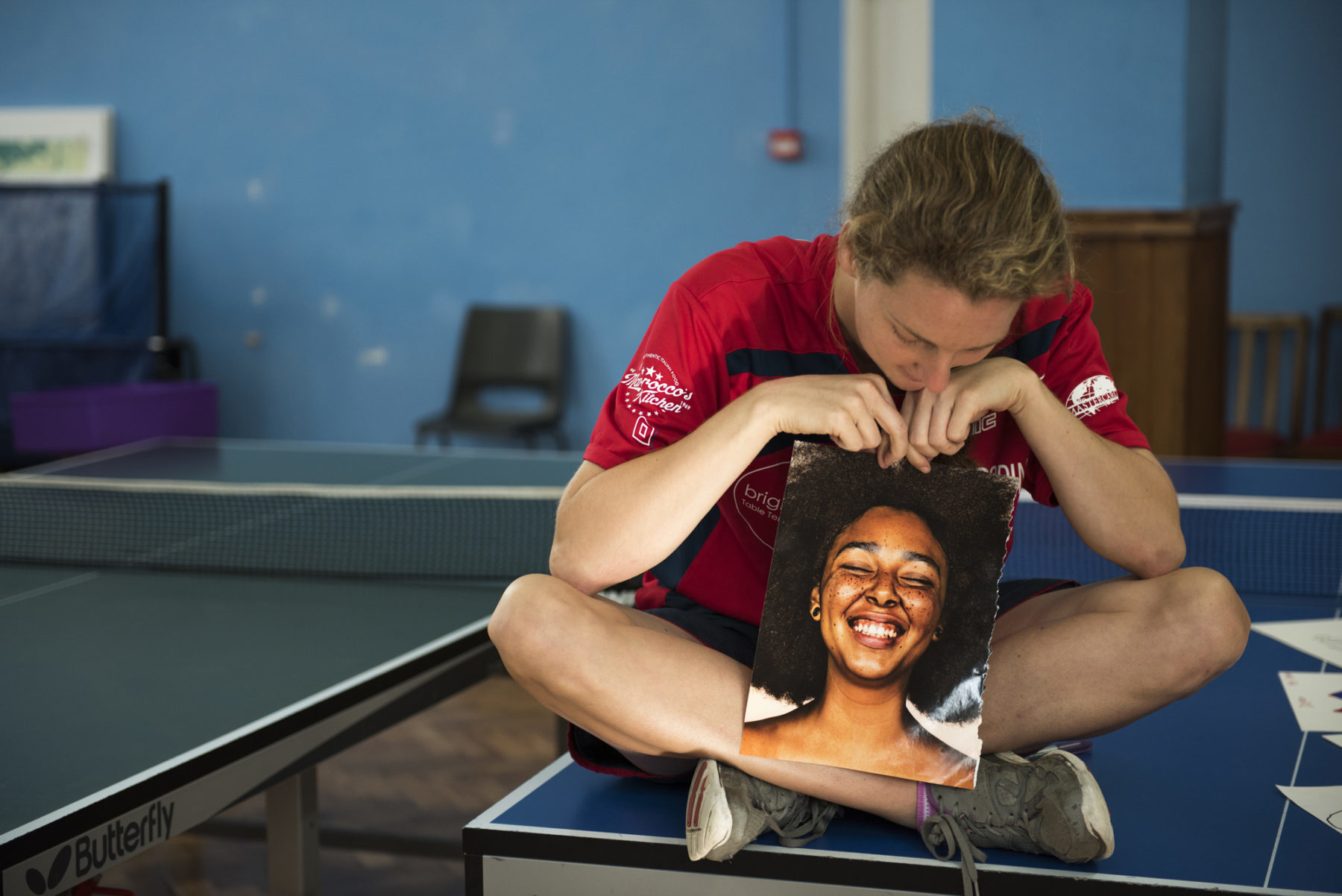 Crossover Point is a community project led by artist Becky Warnock for HOUSE Biennial and Photoworks, working with a diverse group of participants from Brighton Table Tennis Club to explore stories, memories and the ideas that connect us.

The project will culminate in two exhibitions:

An installation of photographs, collage and drawings from Brighton Table Tennis Club participants produced during the project will be displayed at ONCA Gallery.

Starting from the stories found within Brighton Museum & Art Gallery’s Willett Collection of Popular Pottery, such as the Devil/Pope stirrup cup, and the Museum’s collection of Regency caricatures, the project considers ideas around the HOUSE Biennial theme of Excess and the polarities that having too much or too little can foster.

The project has been co-commissioned by HOUSE Biennial and Photoworks in partnership with Royal Pavilion and Museums, ONCA and Brighton Table Tennis Club. 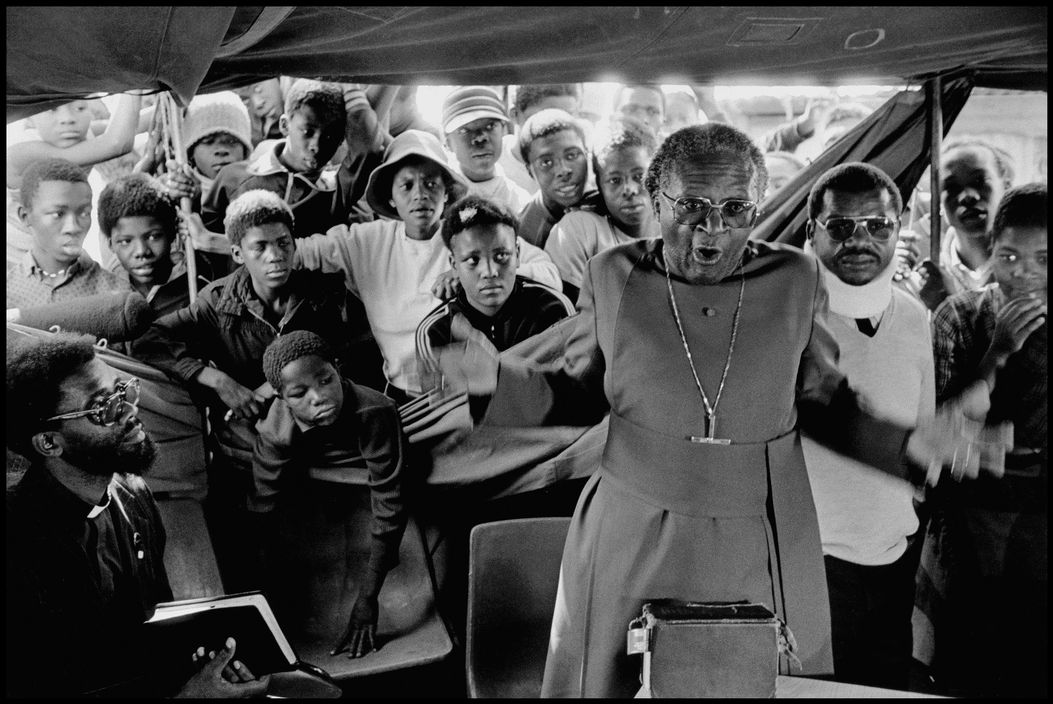 'In Our Time' brings together a selection of prints to show the world as seen by Magnum photographers over a crucial period of the 20th century – documenting a range of human experience through both war and peacetime. The exhibition is drawn from the Magnum Photos archive and demonstrates the continued resonance and relevance of the work of the legendary agency over the past 70 years.

From the historic to the poignant, the exhibition of over 30 photos taken between 1936 and 1987, includes well-known images such as Henri Cartier-Bresson’s photograph of a Gestapo informer at Dessau transition camp (1945), alongside Elliott Erwitt’s simple image of segregation in North Carolina (1950), Eve Arnold’s candid shots of Marilyn Monroe on the set of the Misfits (1960) and Susan Meiselas’s ‘Carnival Strippers’ (1973). These photographs were taken before the advent of the home computer, the internet, mobile phones and citizen journalism, and represents what many term as the ‘golden age’ of photojournalism. The landscape of photojournalism has since changed rapidly, and although Magnum Photos has had to adapt to these changes, it’s idealistic core remains the same. ‘In Our Time’, originally produced to mark Magnum Photos 40th anniversary, remains an influential publication, and was the first introduction to the agency’s work for many, including Magnum’s current president, Thomas Dworzak. 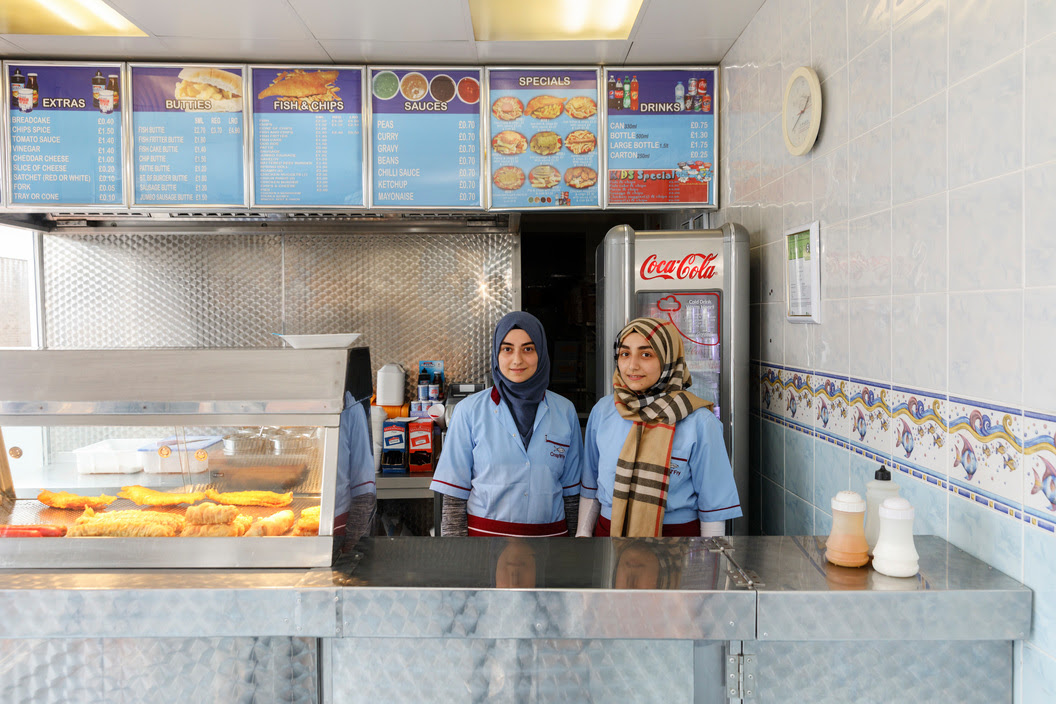 Hull, Portrait of a City

Magnum photographers Olivia Arthur and Martin Parr have been commissioned by Hull UK City of Culture to create their own, unique portrait of the evolving city. Martin Parr has explored the rich culinary culture of Hull and Olivia Arthur, the creativity of the young people of the city. Collectively, these two series of work, on display for the first time in the exhibition Hull, Portrait of a City, open a discussion as to how we define the culture, landscape and people of Hull.

Olivia Arthur’s black and white photographs explore the youth culture of Hull, from Elvis impersonators to pet snakes, football, bodybuilders, teenage style, relationships and young families. For this commission, Arthur has travelled frequently to the city to build relationships with local young people, enabling her to depict them in domestic interiors or the recreational areas where they spend much of their time. Arthur’s ability to build trust with her subjects has resulted in a series of insightful and honest portraits reflecting the individuality, identity and aspirations of the young people of the city at this crucial time in British history.

With humour and his trademark use of garish colours, Martin Parr has captured the rich culinary landscape of Hull. From classic fish and chips to patty butties, the world-renowned Chip Spice and Hull Pie, to more upmarket vendors appearing up along the regenerated Fruit Market and European and specialist supermarkets – the city’s attitudes, traditions and enthusiasm for global cuisine are depicted in these photographs. Parr is known for his interest in British leisure and consumption – and this new series of over 100 photographs presents a snapshot of the central contribution of food to the character, social life and culture of Hull. 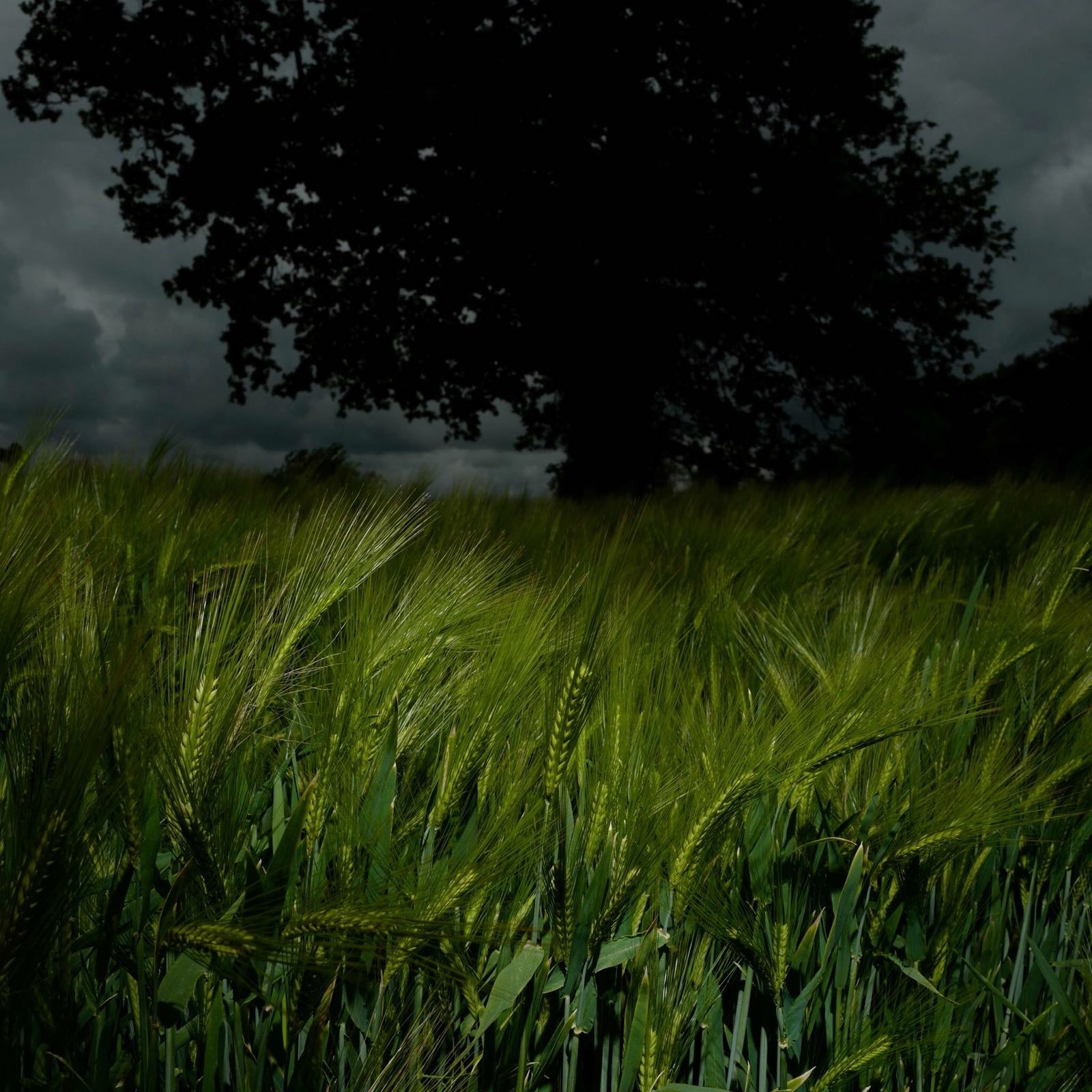 Grant Simon Rogers is a visual artist who lives and works between London & Berlin. His unique style of photography references a mid-twentieth century cinema technique known as “Day For Night” which gives the impression that many of the pictures are made in the nightime or twilight hours. Using the available daylight he sets up his camera to make a very dark, underexposed image and then using a hand held flash to relight his subjects, trees and plants. The challenge for him is to make a photograph in the camera and to not post process on the computer. All of the pictures in the collection are straight out of the camera with the bare minimum of post processing. He is passionate about the language used in photography stating that “We, the photographers, make the picture. The camera takes it.”

Among the many influences on his works are a blend of Storytelling, European painting and in particular the films of Powell & Pressburger and Akira Kurosawa.

Trained at Portsmouth College of Art, he is passionate about art education and visual literacy and for all ages. He contributes to the free life long learning programmes at the National Gallery and other museums and cultural institutions. 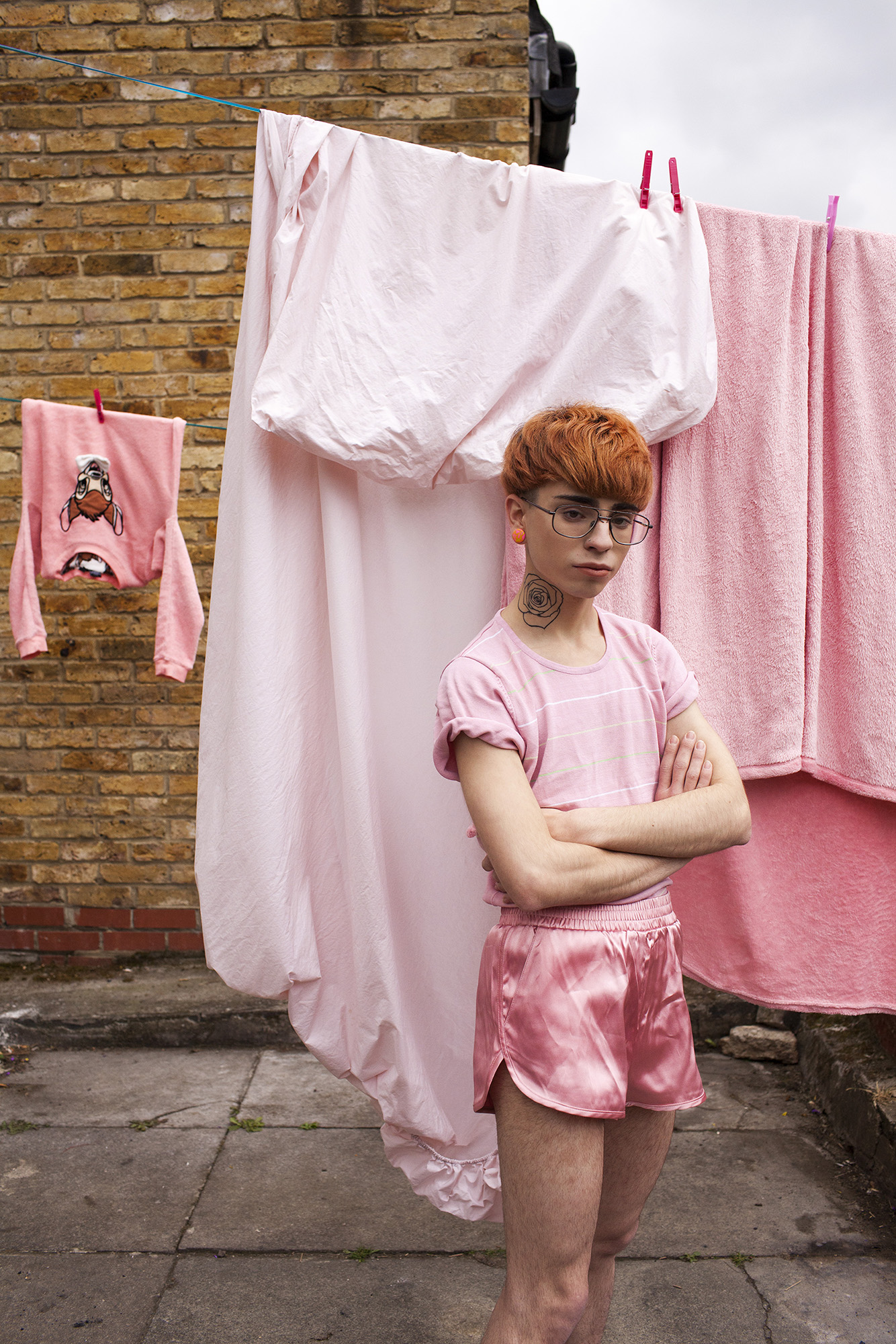 Renaissance Photography Prize is an international award that showcases outstanding photography from emerging and established photographers while raising funds to support young women with breast cancer.

This year the prize celebrates its 10th edition. The prize looks to discover talent and celebrate the best in photography, giving image makers access to new opportunities and international audience for their work. Entering gives photographers the chance to have their work seen by a panel of some of the industry’s most influential photography critics, as well as being exhibited and published.

All profit from entry fees is donated to The Lavender Trust at Breast Cancer Care, UK, a charity that supports younger women affected by the disease. Currently, one third of the Lavender Trust’s annual funding comes from the Renaissance Photography Prize.

The Renaissance Photography Prize exhibition presents the judges’ selection of some of the best international photography today. The winners will be announced at the Awards Ceremony on 11th October.

Renaissance Photography Prize was founded in 2007 by Fiona Gifford following her diagnosis with breast cancer at the age of 34. Since then it has raised over £250,000 for the Lavender Trust at Breast Cancer Care.