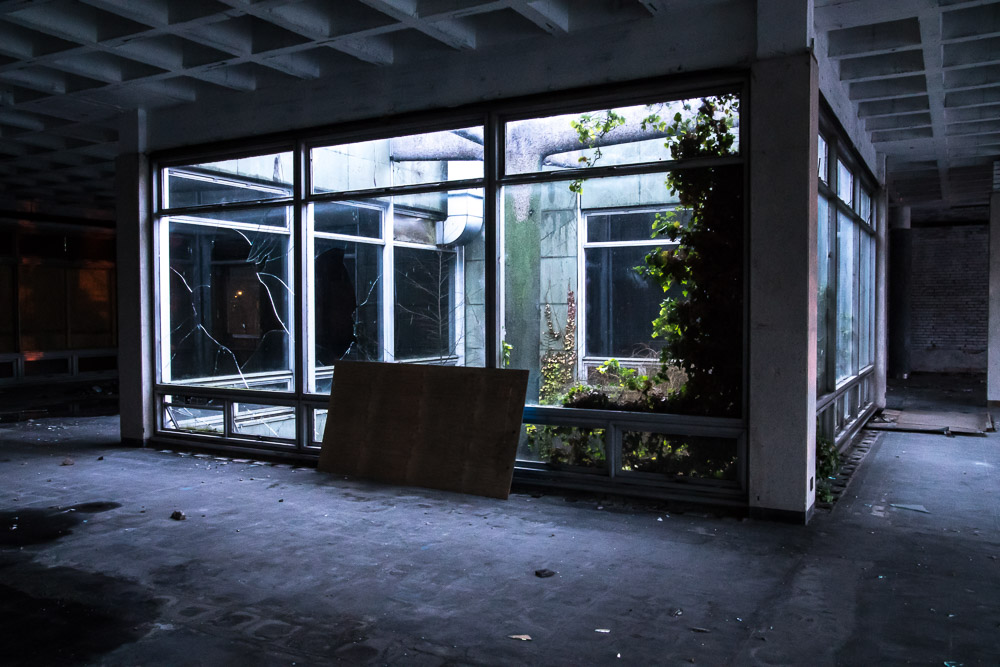 Inside of the old canteen at the ex Pilkington's Glass HQ

Shouldn’t Throw Stones – The View of a Night Watchman

SHOULDN’T THROW STONES – The view of a Night Watchman, is the culmination of a two-year project undertaken by Shutter Hub’s Kevin Casey. Part documentary photography, part archival re-presentation and part making ends meet, as Casey’s ‘night job’ as an on-site security guard at the former Pilkington Glass Headquarters became his ‘day job’ as an artist, the work presented tells the story of an uncertain future, tense present and captivating past.

The collection, including C-Type prints, archive film, projections and uncovered artefacts also testifies to the situation that Casey found himself in – part voyeur and part guardian – whilst drawing the viewers’ attention to the vicissitudes of contemporary capitalism and its contested relationship to our recent industrial and manufacturing past.

Further to the works on display at Alexandra Park, visitors to the exhibition will have the opportunity to visit selected spaces within the former Pilkington Glass complex, designed by the mid-20th Century Architect, Edwin Maxwell Fry, of Fry and Drew. A short tour will include a visit to the modernist Tower whose Armourclad panels have dominated the skyline of St. Helen’s since the complexes construction in the late 1950s. Avinash Chandra’s back-lit, abstract relief panel of stained, fused glass and Jon Humphrey Spender’s artwork can also be viewed, as well as the panelled lift lobby, former canteen and elements of the landscaped grounds, including the north lake and concrete bridge.

As much of the site is not normally publicly accessible, the exhibition and short tour provides a rare opportunity to view a Modernist landmark and exhibited materials that possess a deep local and global significance. 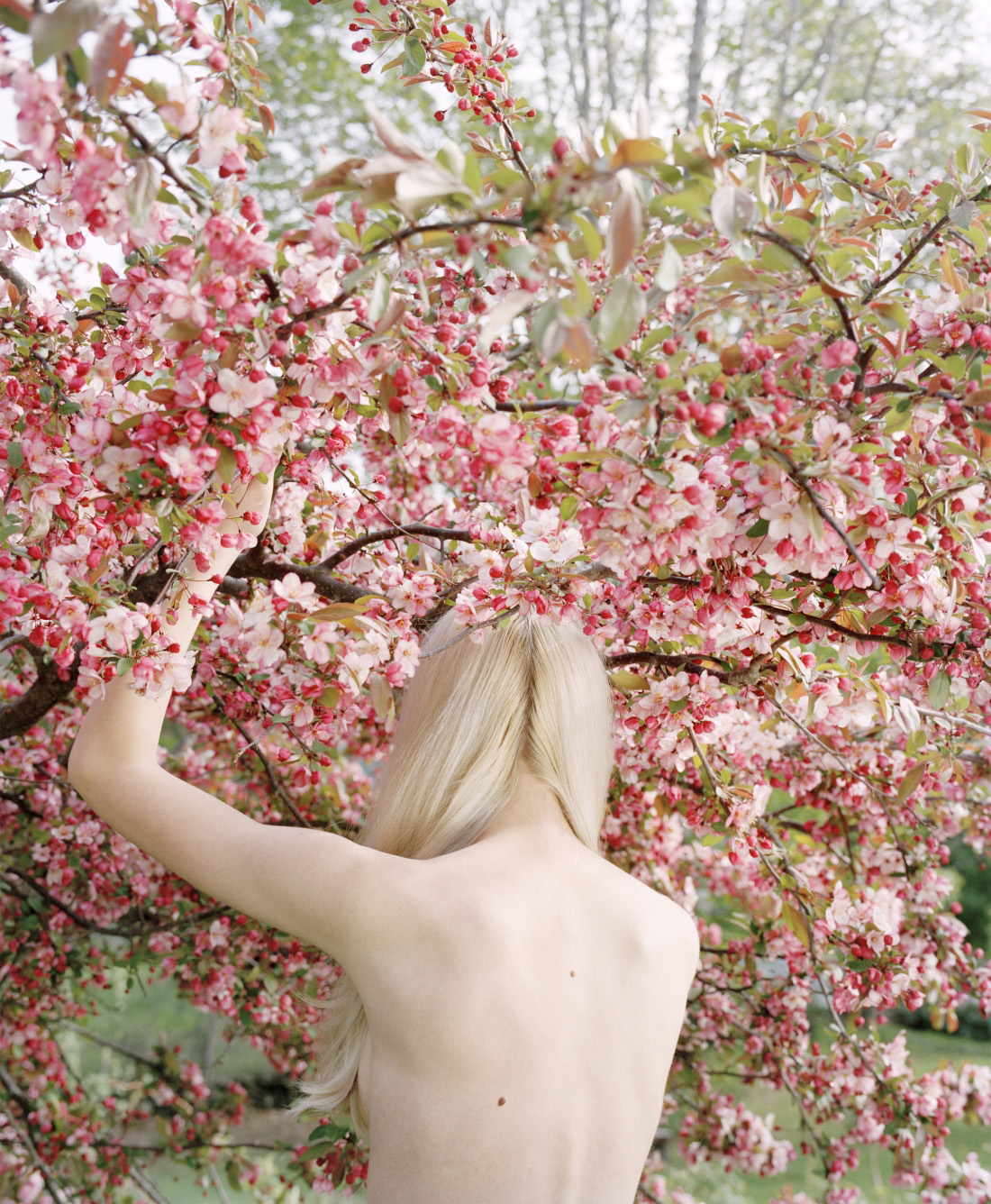 The Appearance of Things

The first UK solo exhibition of American photographer, Jocelyn Lee, opened at Huxley Parlour Gallery in April. The exhibition showcases a selection of Lee’s portraits, landscapes and still lifes, including works from her latest series The Appearance of Things.

Lee’s work is driven by existential themes of sexuality, family, death and ageing. Throughout her career, she has utilised portraiture of the female form as a tool to explore the tactile qualities of the living world. Her richly descriptive colour works emphasise the tonal and textural richness of foliage, fabrics and flesh.

New works on display from the series The Appearance of Things, (2016 – ongoing), continue Lee’s ongoing examination of the physical world. Encompassing and fusing still life, portrait and landscape genres, the works depict bodies enmeshed in an ephemeral environment. The female forms are submerged in water or dappled in sunlight, counterpointed with contemporary memento mori of vivid and painterly still lifes of rotting flowers and glistening fruit. Collectively, the works offer a melancholy yet unsentimental reflection on life’s transitions through stages of birth, blossoming and death.

Lee’s photographs seek to question and expand on the traditional definitions of female beauty her portraits steer clear of the conventional and idealised. Women, both old and young, are posed in the natural landscape, creating raw and honest portraits, rich in implied narrative. 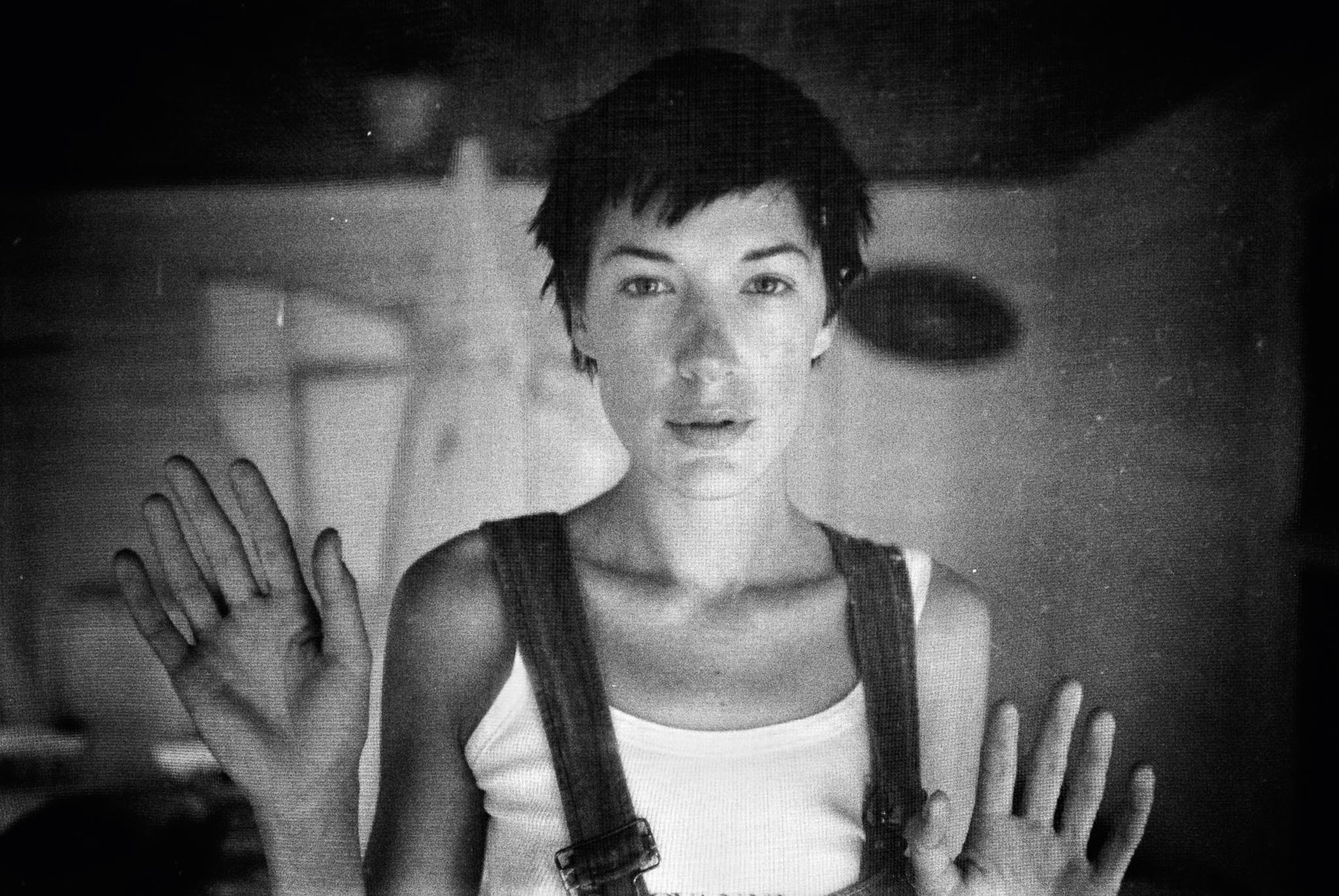 Alex & Me by James Pfaff (b Glasgow, 1965) is an artistic reappropriation of his archive, a tribute to a significant broken love, an authentic road trip through North America in the late summer of 1998 – Toronto to New Orleans and then back north by way of New York City.

Amongst the many works in the show, the neon installation “Ever been changed by someone?” immediately interrogates visitors on the importance of the autobiographical in his creative process. The show, a retrospective touching on the role of obsession in artistic research where the author utilises his archive and ephemera to help rebuild fractured memories.

Alex & Me, the exhibition and book, were developed in a tandem process between James Pfaff & Francesca Seravalle. After the success of the book, published by Danilo Montanari Editore (2016) shortlisted at Cosmos – Rencontres d’Arles 2016 by Erik Kessels, Pfaff along with curator Seravalle reunite to bring the work reappraised in exhibition form. The exhibition will introduce unseen photographs, new mixed media installations, painted objects and a selection of Pfaff's collection of journals made over the period of the last two decades. The vast majority of pieces presented are unique and unreproducible and have an imperfect beauty likened to the Japanese wabi-sabi aesthetic so crucial to Pfaff: always reflecting the realities of transience and the imperfections of life.

Pfaff uses the photographic medium to allow him to find and analyse contamination and the many uncontrolled interventions playing out in the background of their trip – the lives of others, places and the political atmosphere in the United States during the Clinton era. 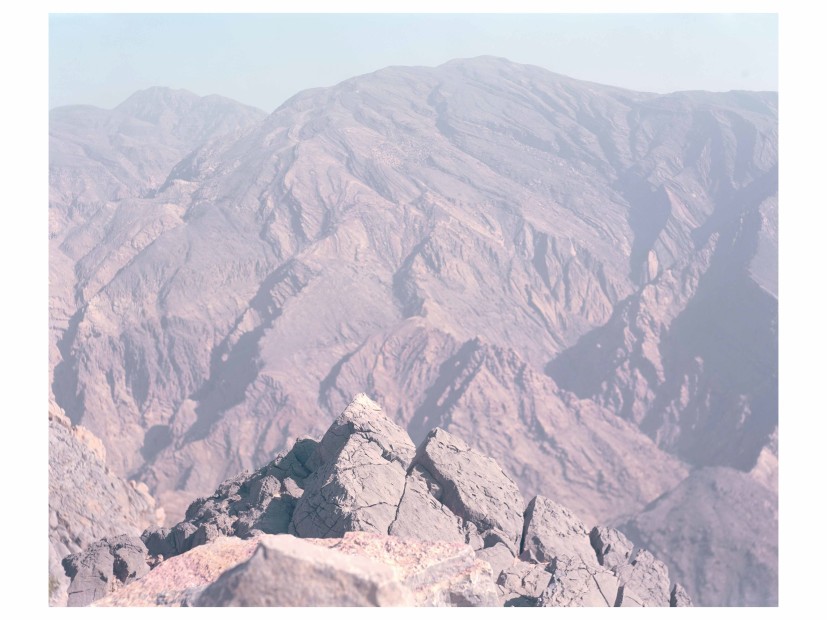 “The longer we stare at nothing, the more chance that something will appear to us, creating an unfathomable aura and thoughtful meaning.” Steve Macleod

Hala, a major new series of work by artist and Shutter Hub member Steve Macleod will be on show for the first time with Black Box Projects at Photo London 2018. Hala, drawn from the Arabic word for ‘aura’, comprises 30 large-scale photographs created on the Al Hajar Peninsula in the United Arab Emirates, inspired by a collection of images by British explorer Sir Wilfred Thesiger.

In 2008, Macleod stumbled across Thesiger’s photographs made on the behalf of the Middle East Anti Locust Unit following World War II. Taken in the Empty Quarter, known by the Beduoin as ‘Rub al Khali’, Thesiger had traversed one of the most desolate landscapes on the Arabian Peninsula. However, it was not the photographs alone which drew Macleod’s interest but a comment by Thesiger, ‘In the desert, I had found a freedom unattainable in civilisation’.

What followed, after several years of trying to gain access to the region, was Macleod’s first series of work created outside of the UK. In 2015, he began shooting in the Al Hajar mountain range which runs down the eastern region of the Arabian Peninsula and is the highest and most inhospitable place in the region. It was here that Macleod discovered his own wilderness and a place to experience a true expression of nothingness.

Working with his large-format camera, Macleod created this new series of landscapes, devoid of human presence, which embody his Pictorialist ideology. His photographs have always been characterised by landscape’s direct relationship to his own psychological state – translating emotion through the lens using colour, subject matter and light. His recent brooding and dark images have been put aside put aside in favour of this body of work that explores colour, light and a landscape of vast emptiness. The resulting pictures speak of redemption – a journey from desert lowlands to a stark and exposed summit – an exploration towards wellness and light.  The works are archival inkjet prints on a high-textured watercolour paper, imbuing the works with a painterly style reminiscent of early Japanese watercolours. 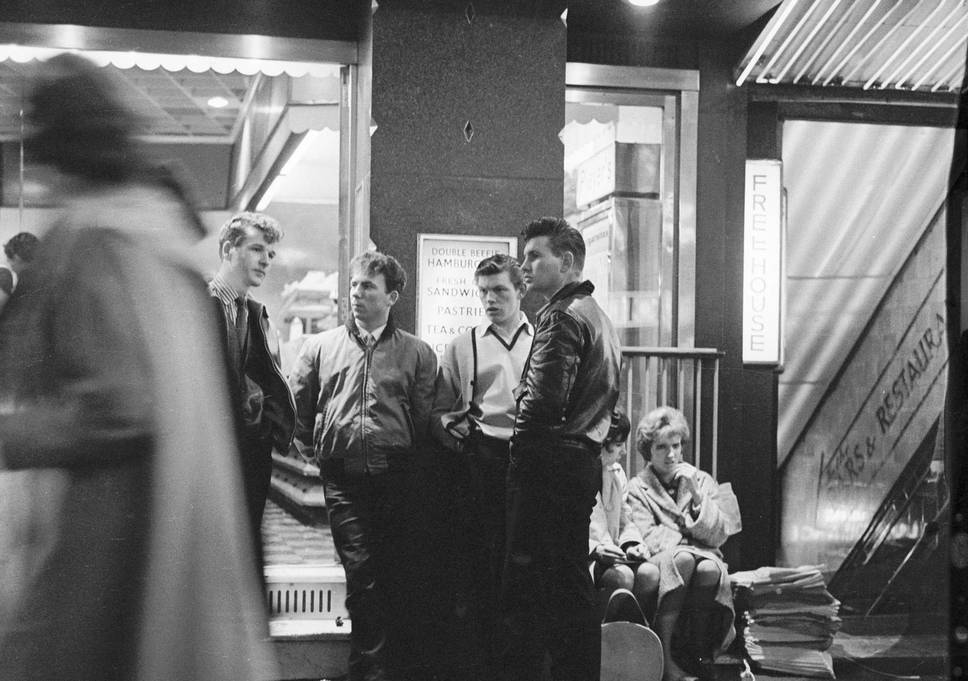 Explore London after dark in a new, evocative photography exhibition at the Museum of London, opening in 2018, featuring work from Shutter Hub’s Lewis Bush.

Fusing portraiture, documentary, conceptual photography and film, London Nights will reveal the city after dark through photographs ranging from the late 19th century to the present day. Drawing from the Museum's extensive collection and loaned works, 50 artists, including: Alvin Langdon Coburn, Bill Brandt, Rut Blees Luxemburg, Tish Murtha and Nick Turpin, will be represented through over 200 works.

London Nights will take visitors on a dramatic, nocturnal study of the capital. From the unexplored to the imagined, from Soho to Sydenham, see stunning images of a city illuminated by limited natural and artificial light. Uncover the more threatening side of night-time London, and see how Londoners work, rest and play when the sun goes down in one of the biggest metropolises in the world.

Image: A group of 'teddy boys' stand outside a burger bar, in the West End  © Henry Grant Collection/Museum of London 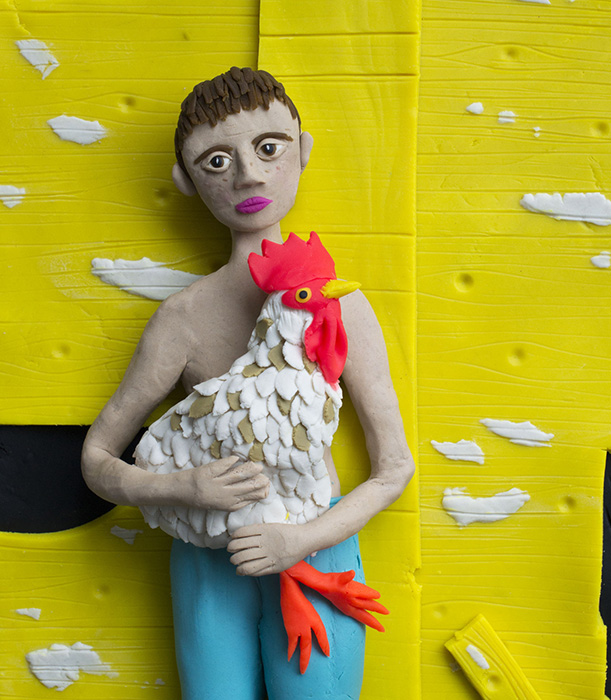 Shutter Hub’s Eleanor Macnair takes you on a strange journey through photographic history. Since she began Photographs Rendered in Play-Doh in 2014, she found herself attracted to photographs containing certain objects, animals or themes. She hoards these image files to recreate in play-doh at a later date. The photographs are grouped not by genre nor maker nor time-period, but by these common and recurring themes. The exhibition does not claim to be an authority on sofas, birds and knees in photographic history – rather a brief and eccentric tour – hopefully tempting the viewer on to explore further. 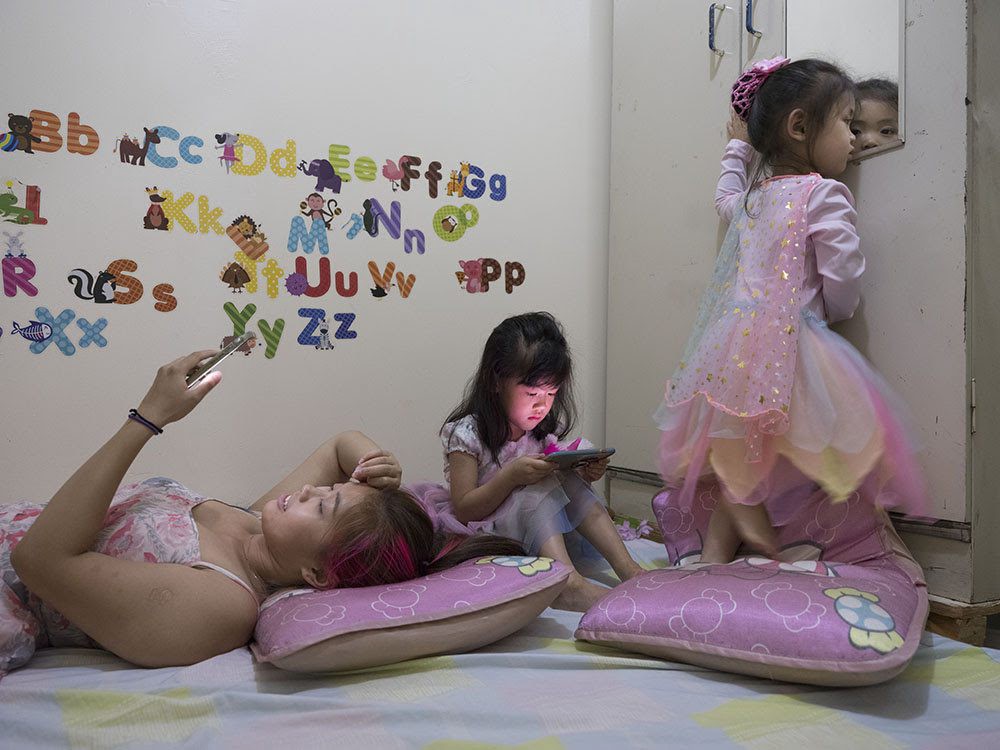 HOME, is a major collaborative project between FUJIFILM Corporation and Magnum Photos, involving 16 photographers and culminating in a ten-city exhibition, photobook and series of events.

Each participating Magnum photographer was invited to explore the subject of HOME – a theme chosen for its global nature and the inherently human sentiment – in their own style and sensibility. Collectively, these sixteen visual short stories create a poetic and complex portrait of what “home” is, and of what it can be.

Exploring the notion of Home­ was a formidable challenge for some photographers, comfortable and experienced in documenting the lives of others – and seldom their own. To some, “home” was the place in which they lived; to others, it was a welcome and peaceful return to their childhood memories. Some chose a distanced visual approach: photographing the geographical space of their home from above or from afar. Others chose to focus on family, of past and future generations; babies being born, ageing parents and teenage children leaving the nest. This global project takes us to over ten countries, travelling through the suburbs of Minneapolis to student halls of London, a childhood home in Buenos Aires to the twilight hour in Adelaide, the landscape of Cape Cod and the streets of New York’s Chinatown.

The resulting work reflects a personal response to a familiar subject that we all record photographically. Reminiscent of the legendary MoMA exhibition “The Family of Man”, the photographs highlight how dramatically the world has evolved since 1955, and with it, the notions of family, home, motherhood and fatherhood.

The Displacement exhibition celebrates the creative achievements of a group of people, living in hostels and temporary accommodation, who took part in this year's Accumulate photography workshops.The Accumulate creative workshops enable people to develop new skills, make friends, become part of a community and explore their creativity. Most importantly, through these experiences, the Accumulate participants’ self-confidence, wellbeing and sense of personal value increases, which helps them to become more positive and, so, make more positive decisions in their lives and for their future.

Inside of the old canteen at the ex Pilkington's Glass HQ