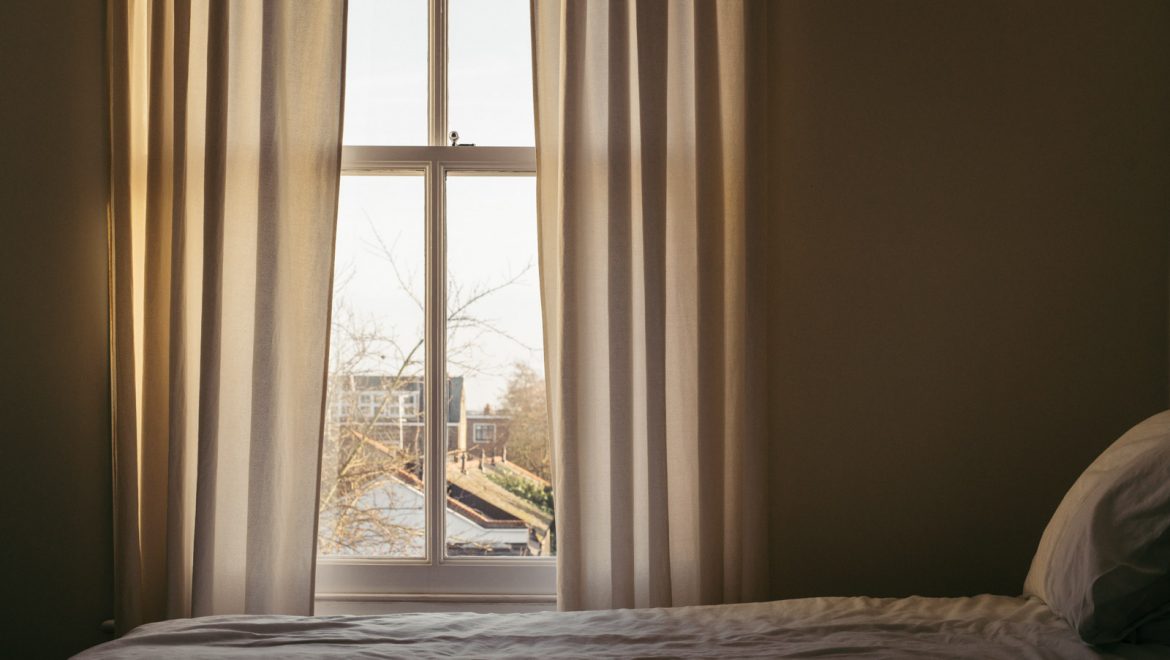 I Want to Live
Daniel Regan

I Want to Live is a project run by photographer Daniel Regan and suicide respite centre Maytree. The project comprises a number of interviews and photographic portraits of Maytree’s volunteer workforce, investigating what brings people to volunteer with those in suicidal crisis, volunteers’ own mental health experiences and the impact of suicide. Alongside these images are a series of photographs taken at the house, highlighting the liminal space where significant change often takes place and the traces that Maytree’s many guests have left behind.

The photographs and interviews will form part of a 4 month exhibition during which Daniel will be running a number of arts workshops focusing on suicide and bereavement.

Maytree is a unique suicide prevention charity providing befriending support for people experiencing suicidal thoughts and feelings in a non-clinical and unique space.

Based in north London within a home setting and supported by over a hundred volunteers, Maytree supports thousands of people each year by providing in-person, telephone and e-mail support. Maytree provides the opportunity for a one off stay of four nights and five days for guests experiencing suicidal feelings. During this time guests are encouraged to explore their suicidal feelings in a non-judgemental safe space with staff and volunteers.

Daniel Regan is a photographer and suicide survivor specialising in health and wellbeing, using visual language to explore complex emotional experiences in lieu of traditional forms of communication.

From using photography to navigate his own mental health history to building large-scale commissioned interactive and immersive installations exploring the soothing qualities of landscape, Daniel aims to prompt viewers and collaborators to consider how the arts can be used to explore health. His work encompasses the full spectrum of our wellbeing, both identifying and working through often difficult experiences whilst engaging people with ideas of self-advocacy and self-expression. 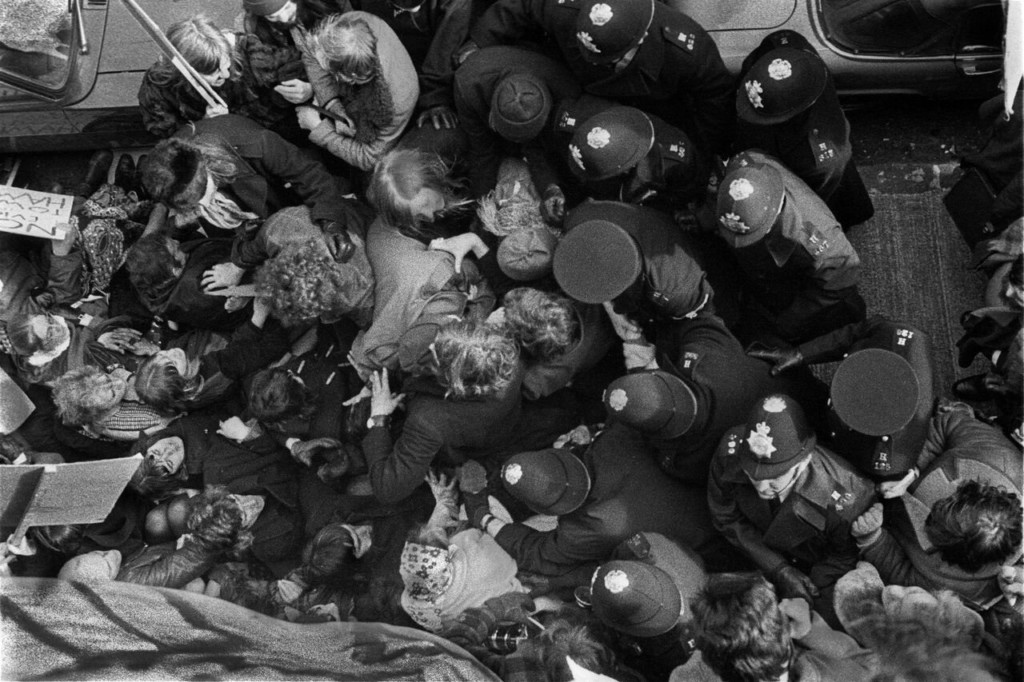 A Sort of Home: 1970s Whitechapel A personal photojournalistic documentation of life experienced in 1970’s Whitechapel.

“In the late 1970s and early 1980s when I made these photographs, I was living in a squatted Victorian tenement block, Fieldgate Mansions, in Whitechapel, London.

Frequent homelessness, rotten housing conditions and oppressive housing laws gladly implemented by an uncaring local council all added to a feeling of exclusion among myself and my friends. As Tower Hamlets council ‘decanted’ the old, impoverished residents of Fieldgate Mansions we took over the empty flats and we squatted nearby houses kept empty by owners only interested in their investment potential.

Whitechapel and Spitalfields were very run-down. The area was a magnet for the homeless, the dispossessed, the lost and the angry people struggling to stay afloat in the backwash of Thatcher’s rapidly yuppifying Britain.

In that sink or swim world, the wet crypt at St Botolph’s Church and the, then anarchic and unregulated, Christmas shelter opened by Crisis At Christmas became an essential support for those who were sinking. The swimmers squatted. Fieldgate was populated by artists and mechanics, jewellers and writers, architects, escorts, dealers and photographers. It became a vibrant, self-supporting – and sometimes self-destructive – community.

With almost 200 empty flats and the Bengali community beginning to establish itself in the East End, Fieldgate became a safe, welcoming multicultural and secular neighbourhood. As so many times before, a new population took root as the original squatters moved on.

In 1982 Fieldgate was acquired by a housing association and slowly became more regulated. Rents were imposed and grew higher, some properties were demolished, but squatting saved much of the housing that we see there today.

As the area settled into its next phase, I moved on to photograph other people making their voices heard.” 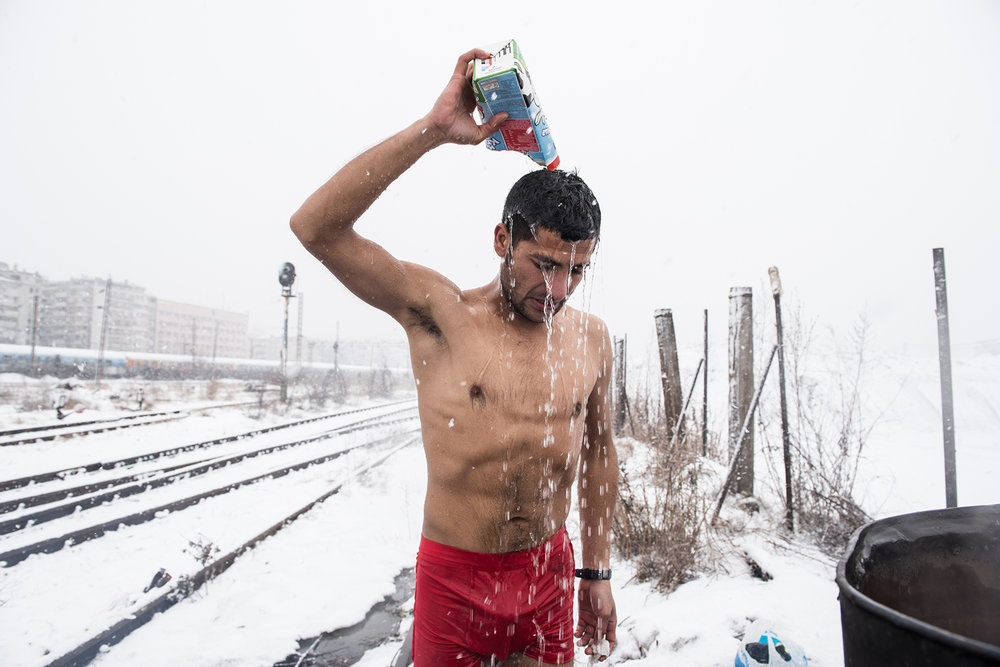 A shortlist of 50 exceptional photographs and films that document the earth in all its diversity, will be presented at the Royal Geographical for the inaugural Earth Photo exhibition. Developed jointly by Forestry Commission England and the Royal Geographical Society (with IBG), and supported by Cox & Kings and Stanfords, Earth Photo aims to enable a better understanding of the world around us, focussing on four key themes – People, Nature, Place and Change. 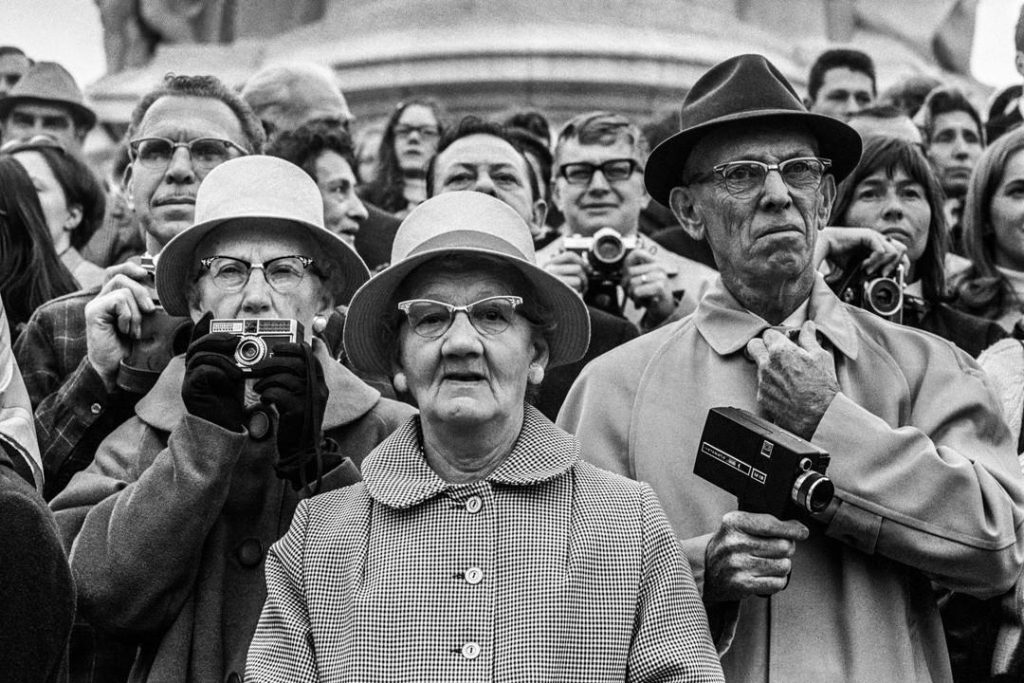 Proud Galleries is pleased to present ‘Jane Bown: The Observer’, a retrospective exhibition displaying the works of esteemed photographer Jane Bown. Working within a male dominated industry, this significant 20th Century photojournalist captured eminent portraits of post-war Britain on assignments for The Observer from 1949; a career that spanned six decades and documented the austerity of the 1950s through to the rise of modern celebrity-culture. Bown has been frequently positioned amongst the ranks of Henri Cartier-Bresson and Robert Frank for her candid style and engagement with the ‘decisive moment’. The collection highlights Bown’s documentary and portraiture work, exploring quintessential Britain and its defining figures through evocative black and white film photography.

Jane Bown began to develop her photographic eye in 1946 when she was accepted into Guildford School of Art’s photography programme, the only full-time course of its kind. Whilst her youthful shyness almost overshadowed a natural talent, Bown’s unassuming and contemplative personality would become her biggest asset as she developed an inimitable photographic technique. In comparison to her male contemporaries Bown had little interest in complex equipment, preferring to gauge the light as shadows fell on her outstretched fist rather than relying on a light meter. She became known for her unobtrusive aura while photographing celebrities more accustomed to the paparazzi; often all she required was one reel of film, fifteen minutes with her subject and indirect sunlight from a window.

From 1949 onwards Bown became a rare female fixture frequently called upon by The Observer. Her extensive portfolio ranged from women’s demonstrations, political strikes and poignant street photography to her more recognised portraits of cultural figures such as Queen Elizabeth II, The Beatles and Mick Jagger. Featured within the exhibition is her revered portrait of notoriously camera-shy Samuel Beckett, captured in a dreary back entrance to the Royal Court Theatre in London. Displaying her tenacity and determination in an interview for The Guardian almost 40 years later, Bown stated that she seized the opportunity, literally grabbing Beckett’s arm in order to capture her shot. It has since become the most famous image of the writer and one of Jane Bown’s most recognisable works.

Moberg worked primarily with photography and Tait became an influential filmmaker, poet and writer. Both artists shared a strong connection to Orkney: the place, its people and its landscape.

The days never seem the same includes a large selection of Moberg’s photographs, from portraits to aerial views of the landscape of Orkney, dating from the late 1970s to the years immediately preceding her death. It also features a selection of films by Margaret Tait accompanied by rarely seen archive material, including photographs associated with Tait’s work and travels, on loan from the Orkney Library & Archive.

This presentation will continue Stills’ interest in showcasing important work from archives and collections in Scotland. The exhibition is timed to coincide with Margaret Tait 100, coordinated by LUX Scotland, University of Stirling, and Pier Arts Centre. 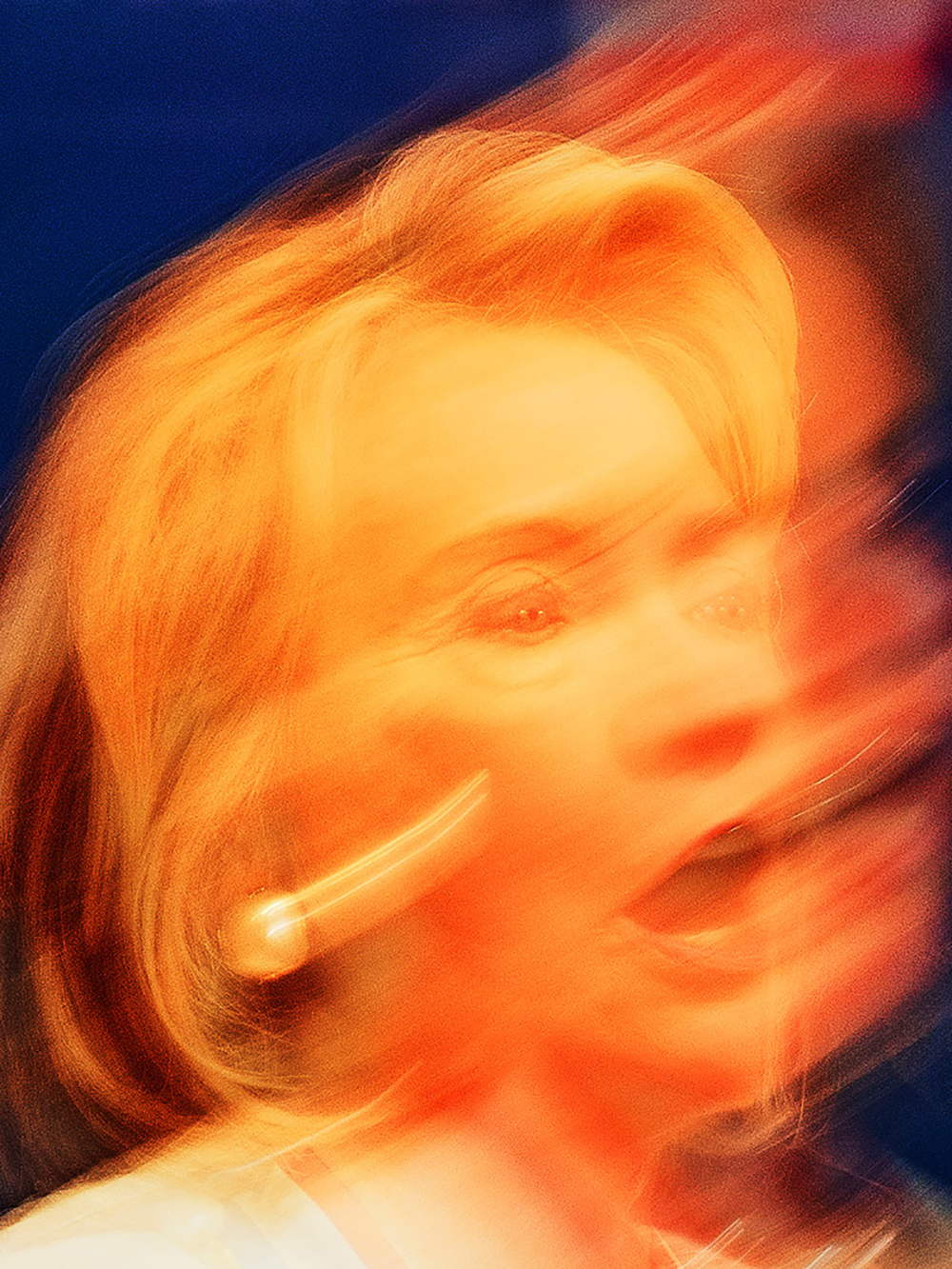 With a career spanning over six decades, Magnum photographer David Hurn is a connoisseur and patron of documentary photography. He has come up with a deliciously simple concept: building a collection of photographs by exchanging his own images for those of other photographers, in particular his Magnum colleagues.

One of the first emails any new Magnum nominee will receive is from Hurn, inviting them to swap a print. Everyone always willingly agrees; they select their favourite Hurn image and vice versa.

Over the years, Hurn has amassed more than 600 prints, dating from the 19th century to the present day. Last year, the entire collection was gifted to the National Museum of Wales, where in September 2017 their inaugural exhibition marked the opening of the museum’s first permanent gallery dedicated to photography.

Martin Parr curated an exhibition of swaps with his Magnum colleagues and this was originally shown in 2017 at Photo London. The Martin Parr Foundation will exhibit highlights from this show, including works by Henri Cartier-Bresson, Alec Soth, Elliott Erwitt and Newsha Tavakolian. 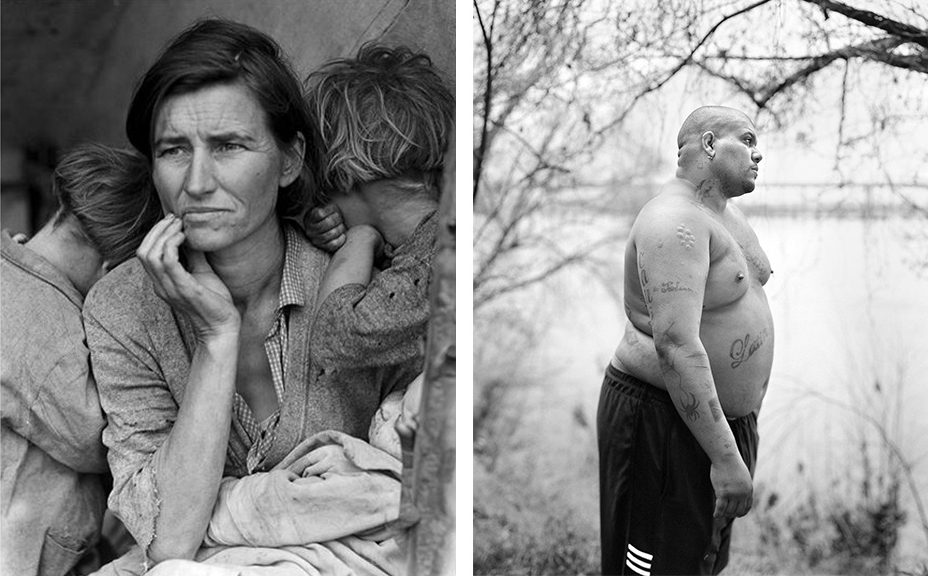 Dorothea Lange: Politics of Seeing is the first UK retrospective of American photographer Dorothea Lange (1895-1965). Lange was a powerful woman of unparalleled vigour and resilience. Using her camera as a political tool to shine a light on cruel injustices, Lange went on to become a founding figure of documentary photography.

Vanessa Winship: And Time Folds is the first major UK solo exhibition of contemporary photographer and recipient of the prestigious Henri Cartier-Bresson prize in 2011, Vanessa Winship. This much overdue exhibition showcases over 150 photographs, uncovering the fragile nature of our landscape and society and exploring how memory leaves its mark. 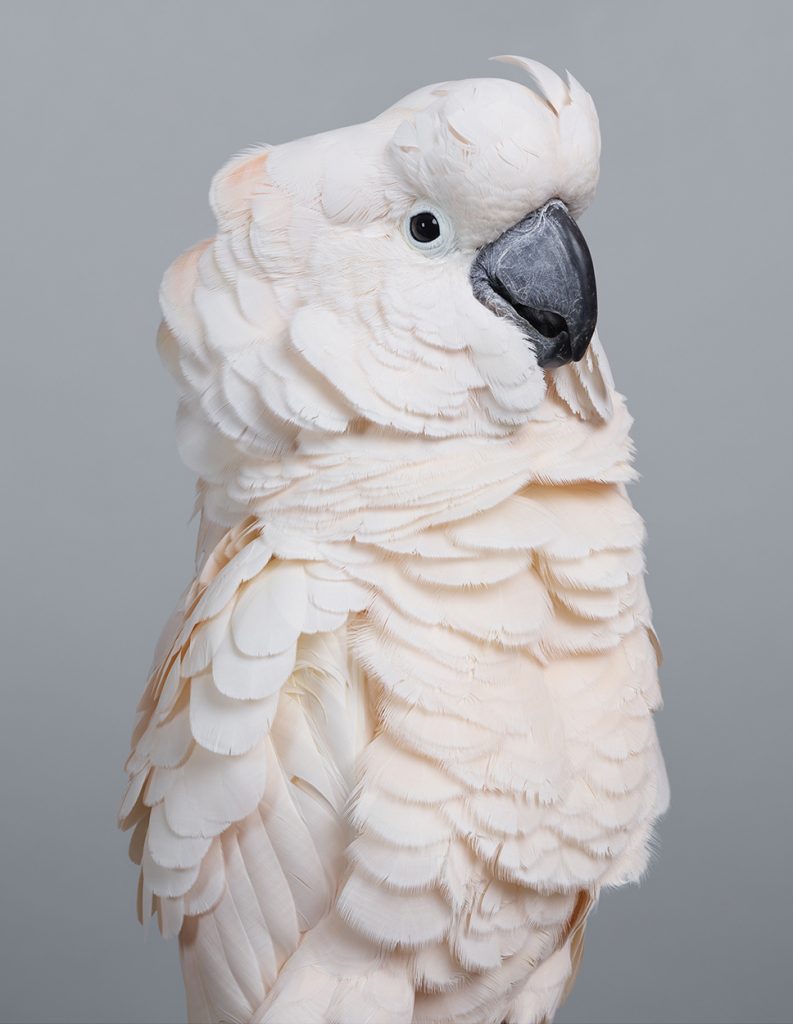 Purdy Hicks Gallery is pleased to present an exhibition of photographs by Australian artist Leila Jeffreys.

Comprising fifteen new portraits of pigeons, each of startling grace and elegance, Ornithurae (bird tails in Greek) challenges the often unfavourable appreciation of this particular bird.

Jeffreys continues to reconstruct our perceptions of birds by pairing up two different bird families: the universally loved cockatoo with the columbine (pigeons and doves). While the cockatoo is viewed as an iconic Australasian bird – the pigeon is almost universally ignored.

Tim Low (Australian best-selling author, naturalist) has written, to accompany the works, a wonderful article entitled Reconsider the Pigeon. He writes: ‘We should not take pigeons for granted. To pigeonhole them as urban scroungers does them an injustice. Australian bird photographer Leila Jeffreys has taken it on herself to show them as they truly are, as beings with the power to surprise. Everything alive is essentially a mystery, and pigeons, with their extraordinary mental and physical powers, are more mysterious than most. They were domesticated thousands of years ago long before chickens or ducks, which makes them the bird on earth to which we have the longest close relationship. Pigeons matter.’

In the search for a conscientious way to photograph birds Leila Jeffreys has developed a photographic practice where she is able to convey the beauty and individuality of each of her ‘sitters’. Her ornithological knowledge and extensive travel are intrinsic to her work with endangered species, yet she sees the process simply as “one animal photographing another”.

Each of her images reveals the subtle details of the animals’ robes, while displaying a phenomenal spectrum of colours and nuances the human eye can only appreciate within the stillness of her photographs.