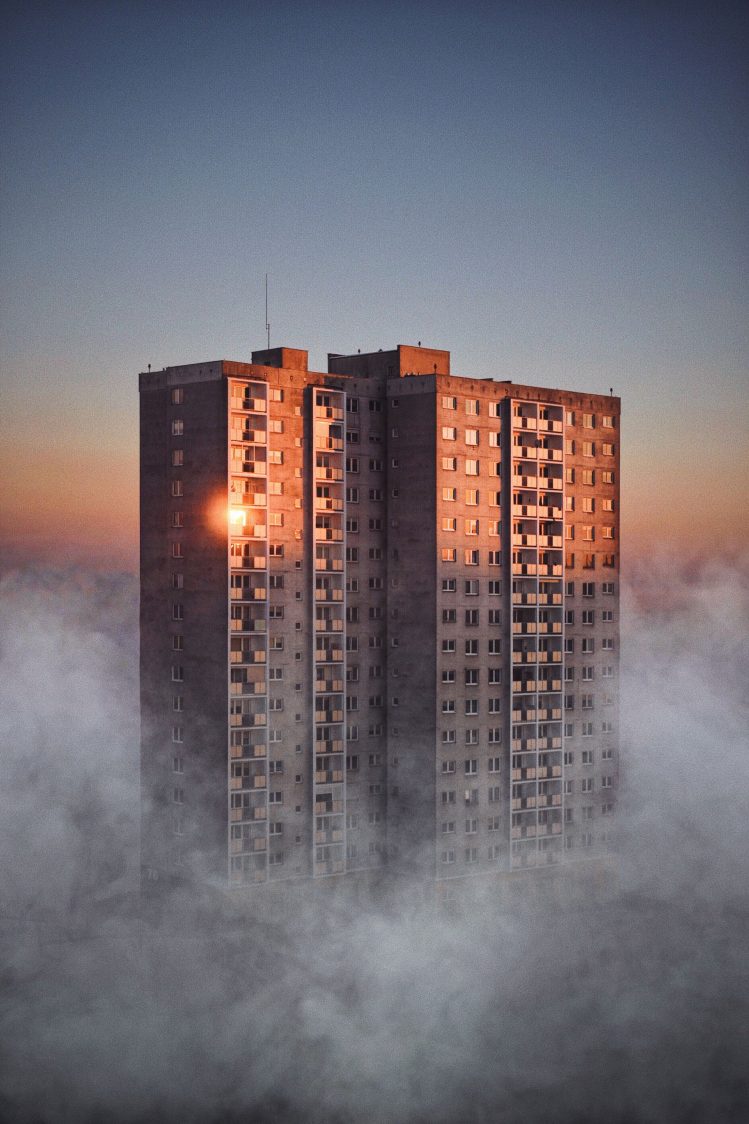 Post-Soviet Visions: image and identity in the new Eastern Europe

Post-Soviet Visions: image and identity in the new Eastern Europe is a group show of photography exploring new visual representations of lifestyle and landscape in Eastern Europe. The exhibition gathers the work of a young generation of artists rising to prominence a quarter century after the end of Communism.

The photographers in Post-Soviet Visions come from Georgia, Germany, Latvia, Poland, Russia, Ukraine and Uzbekistan. Although the personal circumstances of the photographers born in Eastern Europe differ, they share a common past with either they, or their parents, growing up in countries that once existed under Communist rule. Today, they live within the globally connected modern world where borders of East and West are erased by new technologies. But the physical traces of the past can be seen in work such as Jedrzej Franek’s dizzying shots of Polish tower blocks and Michal Korta’s striking black and white images of Brutalist buildings in Skopje, Macedonia.

Following the Soviet Union’s collapse in 1991 and the end of its influence over its satellite states, the countries of the former Eastern Bloc have each forged their own paths. In artworks such as Hassan Kurbanbaev’s portraits of teenagers in Tashkent, Uzbekistan, and David Meskhi’s photos of skater kids in Georgia, Post-Soviet Visions captures the new identities emerging across the region. Instead of old binaries of East vs West, socialist vs capitalist, their images capture a generation shaped by issues that are personal rather than the political; by questions of sexuality, gender and style. 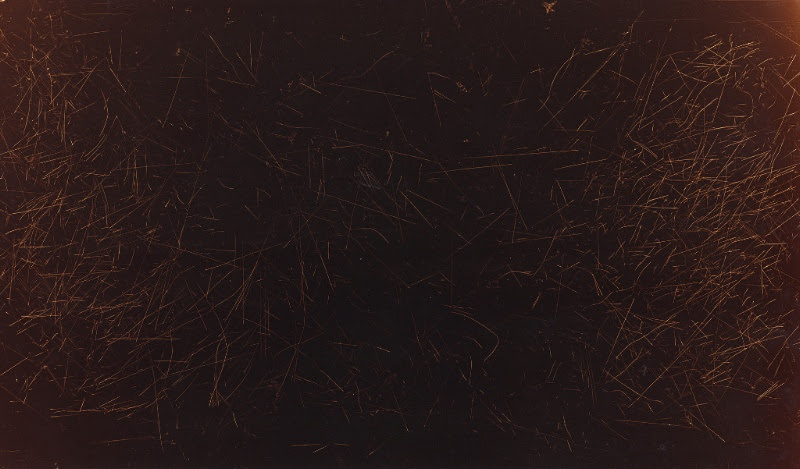 From Shutter Hub Member Dafna Talmor, this ongoing body of work consists of staged landscapes made of collaged and montaged colour negatives shot across different locations that include Israel, Venezuela, the UK and USA. Initially taken as mere keepsakes, landscapes are merged and transformed through the act of slicing and splicing.  The resulting photographs are a conflation, ‘real’ yet virtual and imaginary. This conflation aims to transform a specific place – initially loaded with personal meaning, memories and connotations – into a space that has been emptied of subjectivity and becomes universal.

In dialogue with the history of photography, Constructed Landscapes references early Pictorialist tendencies of combination printing as well as Modernist experimental techniques such as montage, collage and multiple exposures. While distinctly holding historical references, the work also engages with contemporary discourses on manipulation, the analogue/digital divide and the effects these have on photography’s status and veracity. Through this work, Dafna is interested in creating a space that defies specificity, refers to the transient, and metaphorically blurs space, memory and time. 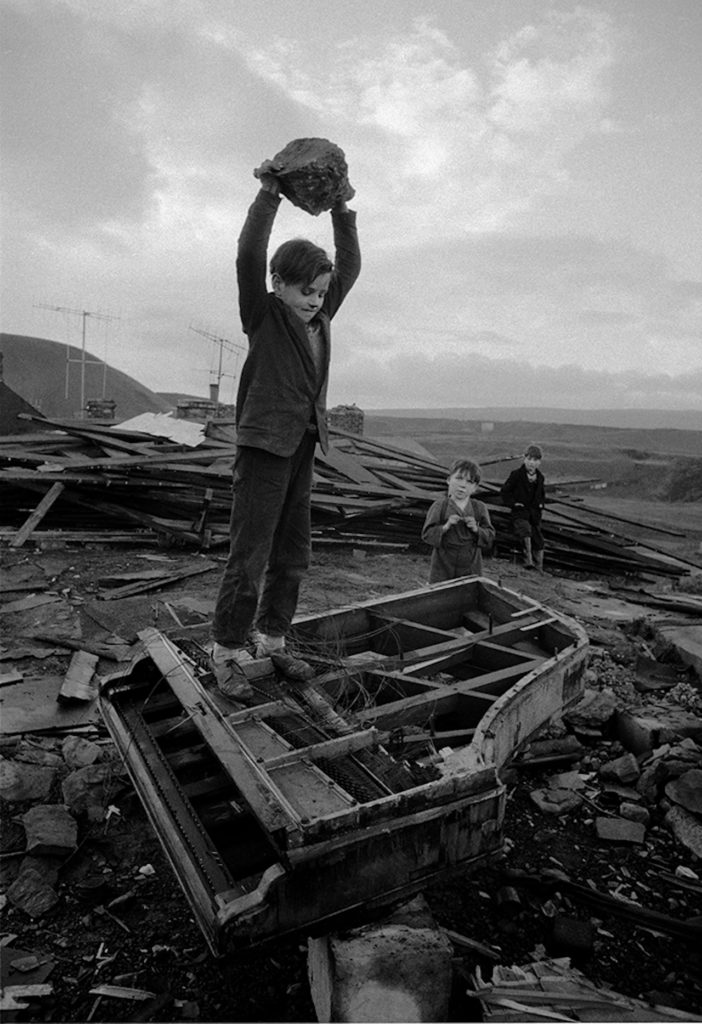 A new exhibition, PJGX, will mark the tenth anniversary of the death of renowned Magnum photographer Philip Jones Griffiths. Showcasing two of his most significant bodies of work –  photographs from the Vietnam War and his images of Britain in the 1950s -1970s – the exhibition is presented by TJ Boulting and Trolley books, in conjunction with the Philip Jones Griffiths Foundation and Magnum Photos. The works on show are drawn from Griffiths’ seminal books and collectively demonstrate the photographer’s belief in the power of the book to convey his work and legacy.

In 1971, Griffiths published his first book, the groundbreaking Vietnam Inc which cemented his reputation as both a fiercely intelligent and astute photojournalist. The outcome of three years reporting, this work was one of the most detailed photographic surveys of any conflict. Depicting the horrors of war as well as a study of Vietnamese rural life, the book presented a compelling argument against the war machine and was crucial in changing public perceptions of the conflict. Henri Cartier-Bresson, one of Philip’s heroes and co-founder of Magnum Photos said of his Vietnam conflict photographs, ‘Not since Goya has anyone portrayed war like Philip Jones Griffiths’.

Despite his seminal book on the Vietnam War, Griffiths disliked being described as a war photographer and the archive of his 50-year career is rich with photojournalism from over 100 countries. A small selection of his best-known images taken in Britain will be on display in the exhibition, drawn from the 2008 publication Recollections. From the Beatles in Liverpool to the conflict in Northern Ireland, lovers in shop doorways and his well-known photograph of a boy smashing a piano, this work remains a highly revealing, poignant document of the time in which it was created. 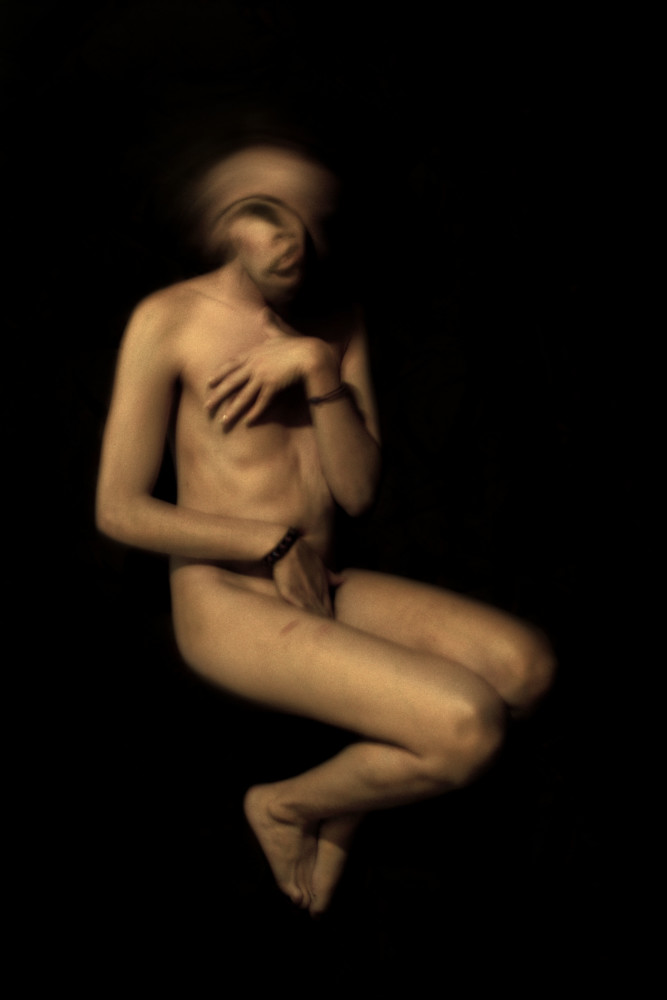 Self-Portraits and Night Journeys is the first solo UK exhibition by French photographer, Antoine d’Agata in 10 years. Drawing upon a series of self-portraits taken over a 30-year period and recent work made in Mexico, the exhibition will demonstrate the performative and transgressive aspects of d’Agata’s work, alongside his continued exploration of the self.

“It’s not how photographers look at the world that is important, it’s their intimate relationship with it.” Antoine d’Agata.

The self-portraits in the exhibition chart d’Agata’s journey, both stylistically and thematically from the late 1980s to the present. Unfolding from a visual diary started in Mexico, this living archive is a self-exploration of d’Agata as a man, photographer and protagonist of his own work.

Prolific and repetitious, d’Agata’s work often draws upon uncomfortable subjects of addiction and prostitution, and he fully embroils himself in these night journeys into the dark parts of human nature. His recent work in Mexico, featured in this exhibition, documents his jarring travels through intimate, sexual and narcotic encounters, showing an alternative reality on the fringes. 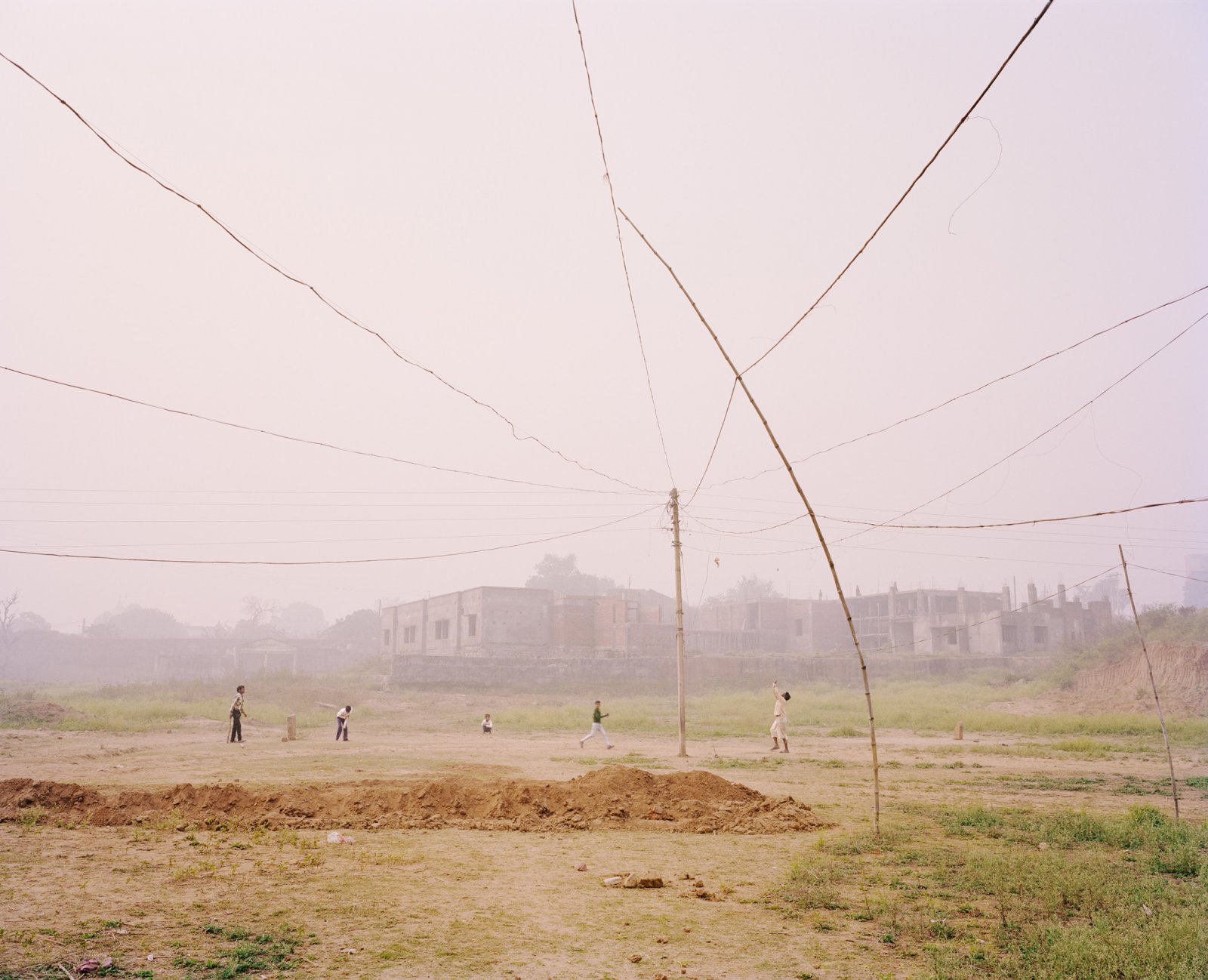 An ambitious survey of the technological and artistic development of photography in India.

Shortly after its invention in Britain in 1839, photography arrived in India. It was used by the British as a tool to document and exert power over the people, architecture and landscapes of the subcontinent but it also became a medium for Indians themselves to express their unique experiences of the country.

This exhibition brings to light the previously overlooked Indian photographers who worked in parallel with their foreign counterparts from the 1850s onwards.

Pivoting around two key dates—1857, the year of the Mutiny and 1947, the year of Independence and Partition—it is an ambitious survey of the technological and artistic development of photography in India that examines the role the medium has played in charting the country’s modern history. 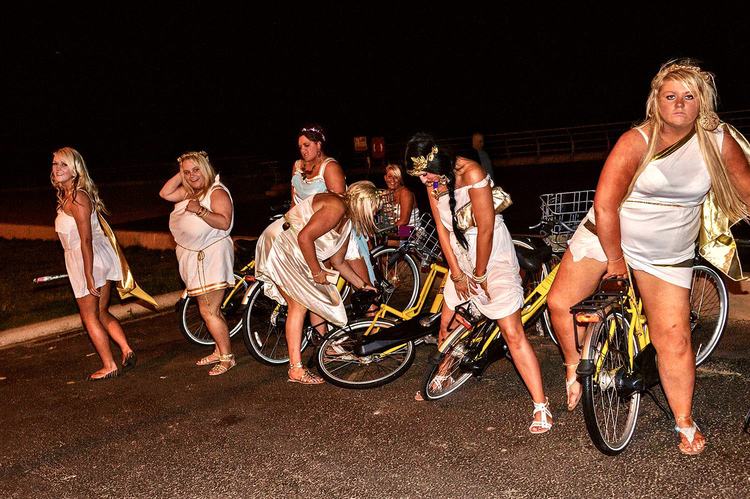 Images from the artist’s acclaimed galleries of street photography. 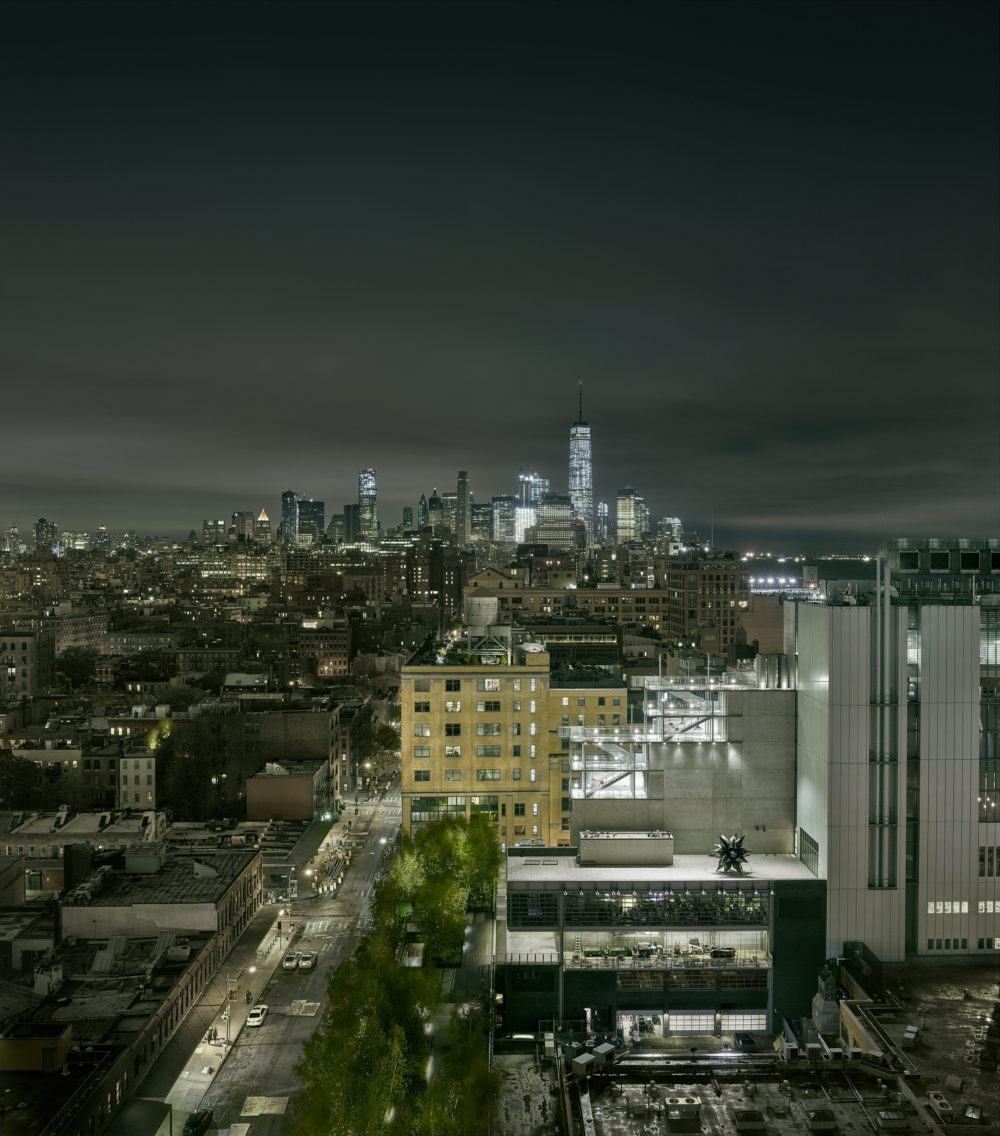 Modernity and the light we see it in is a long-standing theme in John Riddy’s work ranging from the modernist architecture of 1930s Britain through to the architecture of Courbusier in Chandigarh. This exhibition of new works from the past two years consists of large scale colour photographs which depict disparate views similarly characterised by notions of progress; London’s Victorian railway arches, a tree local to Riddy’s studio newly lit with led lighting, a view across Lower Manhattan encompassing the High line, the new Whitney Museum of American Art and Ground Zero. Metropolitan ambition is variously documented in sequential images that chart changing views, spatial progression or altering light and weather. The viewer is invited to consider formal and temporal relationships both within and between still images carefully juxtaposed.

The evidence of historical progress etched on structures that surround us has been a constant theme for Riddy and it is closely related to his long-standing determination to make photographs which chime with everyday urban experience. The works on show here come from walks in South London and a hotel room in New York and their sequencing echoes our own experience of a walk or a window view changing over time.

As with other recent series every aspect of these works is managed and made by Riddy himself. He sees the researching, taking and printing of the photograph as part of one process that can only be intuitive if he himself is the author of all its aspects. The final print is intended to be a resolution and distillation of that process.